Connecting the Unconnected: A Human-Centric Approach to Internet Access 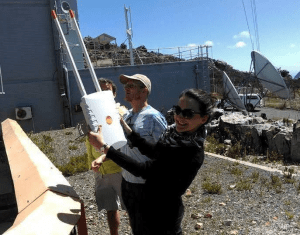 While technology giants experiment with drones, balloons and satellites to deliver the Internet to the world’s hard-to-reach communities, one low-tech solution is gaining momentum: community networks.

Community networks are small-scale connectivity initiatives that are built, managed and used by local communities. They often employ low-cost equipment, open source software, and license-free operations and address the problem of so-called ‘last-mile’ connectivity, or the final connectivity leg to provide internet connection to the user.

Instead of relying on the invention of  new technologies, community networks leverage existing technologies, making them relatively cost-effective. They often serve small communities of a few thousand people, and their biggest focus is on the individuals they serve.

A bottom-up approach involving the community from the start has proven to be a promising way to build networks that are owned by communities, managed sustainably, and do not rely on external funding. These networks are helping now to deliver the Internet to some of the estimated one-half of the world’s population that does not have access.

Bottom-up initiatives have an advantage over top-down development approaches because they are designed to take into account community needs, readiness, and cultural context.

Instead of just providing connectivity, community networks can also focus on the provision of services relevant to their users. These services can be content-sharing platforms or apps developed for special interest groups in a particular community, such as artists, farmers, learners, or mothers, to name a few.

In the case of ICTs, digital literacy levels in remote areas of the Global South are often low. Half of the Web’s content is written in English, but only about 5 percent of the world speaks English at home. Community networks can encourage the production of locally relevant content and help avoid online exclusion.

A sense of ownership is important for a project’s sustainability. Ownership includes not only owning the hardware (access points, servers, network equipment, and other pieces of infrastructure), but also owning the network, which can be achieved through capacity building and by teaching network planning, installation, and maintenance skills. A good example of carefully-designed learning material that incorporates these principles is A Course for Barefoot Wireless Engineers from the Digital Empowerment Foundation in India. 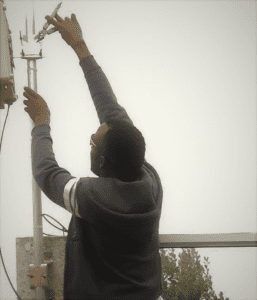 There are examples of community networks in all continents. Several relatively successful initiatives from around the globe include:

Zenzeleni is a community network in the rural part of Eastern Cape, South Africa. All local calls are free and calls to other networks and mobile data rates are offered at a fraction of the market price. The business is registered as a nonprofit co-op and fully owned by its users.

Gram Marg has developed a scalable, low-cost technology for affordable Internet connectivity in rural India and conducts research on the social and economic impacts of connectivity, as well as sustainable business models.

Community networks are not necessarily limited to developing countries. There are some  well-adopted examples in Spain, the UK (B4rn broadband in the UK actually uses fiber instead of wireless technologies), Germany and the United States. Main motivation is community building, but also the democratization of media through free networks, decentralization and end of dependency on large operators.

Creating successful community networks is an interdisciplinary problem that involves not only engineers but also social scientists, ethnographers, and policy makers. To create a sense of ownership, the community needs to be actively engaged in the design process from the very beginning. Finally, business models and enabling regulations must be developed to ensure the long-term sustainability and continued success of community network projects in bringing internet connectivity to the global population.

Senka Hadzic is a Research Fellow at Engineering for Change and a telecommunications engineer and ICT4D researcher. She is based in Cape Town, South Africa where she develops low cost connectivity solutions for developing countries. She also researches alternative spectrum policies to enable small-scale operators and allow communities to connect themselves.

Investors have turned their attention and opened their checkbooks to social startups working in developing countries and underserved communities. Hardworking founders have begun to raise as much as $1-2 million in seed funding. That kind of capital is hard for impact hardware startups to attract. But after a long, boot-strapped slog that starts with a prototype and a dream, it is possible. Once they get to that level, startups may...

Two engineering design teams that placed people at the center of their design process won the Innovate for Impact: Siemens Design Challenge, announced in...

Engineering for Change invites Dr. Evan Thomas, Director of the Mortenson Center in Global Engineering at the University of Colorado Boulder, to share a new series...