IEEE’s Women in Engineering Celebrated Leadership Beyond Borders in Tunisia

Tunisia, a small country in North Africa, known as leader in the Arab world when it comes to the women rights.

In March 2018, Tunisia was selected as the Capital of the Arab Women 2018 – 2019 by the Arab League in recognition of the efforts of the government and active civic society members from local associations to Non-profit organizations in promoting women rights and empowering Tunisian women to get involved in the different sectors of politics, economics and STEM (Science, Technology, Engineering and Math).

IEEE Women in Engineering (IEEE WIE) has more than 20,000 members and operates in more than 100 countries, one of which is Tunisia.

IEEE is the world’s largest technical professional organization dedicated to advancing technology for the benefit of humanity (and one of Engineering for Change’s founding members). The IEEE WIE is an affiliated group to IEEE that aims to be a global network of IEEE members and volunteers dedicated to promoting female engineers and scientists, and inspiring girls around the world to follow their academic interests in a career in engineering and science. 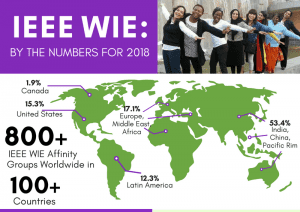 IEEE WIE has a very active entity in Tunisia, of hundreds of members, students and professionals, females and males, who are collaborating and working together to shape the future of the “Women in Engineering” in Tunisia.

IEEE WIE ILS Tunisia 2018 is the first largest gathering of WIE members in all Tunisia sponsored by IEEE Women In Engineering and under the patronage of the Ministry of women, family, children and seniors where the IEEE WIE Student Affinity Groups, Engineers, Entrepreneurs, young professionals and women belonging to different fields of science and technology from all over the world are given the chance not only to meet in one place and to expand their network but also to enhance their skills and to add to their expertise.

The theme for the summit this year was “Lead Beyond Borders” which aims to build communities and enable them to find their peers and build connections that result in mutual benefit for every attendee, it is also designed to share the experiences of those men and women who made it to the top and bring the mentorship and guidance in the grasp of the young –the leaders of tomorrow.

Tracks focusing on the 21st century skills and beyond

The summit had a very rich and varied program that was focusing on four main tracks; Leadership, Entrepreneurship, Disruptive technology and Innovation.

The tracks were delivered by outstanding local and international speakers, women-led businesses, entrepreneurs, technologists and experts in their fields who inspired the attendees of the events and shared with them valuable advices and informations.

The first day, the Minister of women, Family, Children and Seniors of Tunisia, Mrs. Naziha Laabidi and I, IEEE WIE ILS Founder and Chair, Ms. Abir chermiti, were on hand to open the summit with the attendance of more than 150 participants. During the opening the minister officially recognized the summit as a celebration of the National Women’s Day showing interest in future collaboration with IEEE WIE in Tunisia. 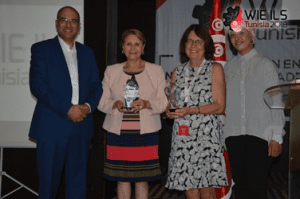 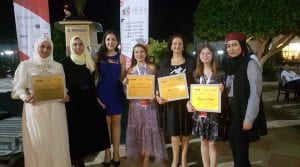 The second day was very full, starting with inspiring talks from keynote speakers who were very interactive with the audience and offer them a platform to discuss the topics that they were presenting. The specialized tracks (Leadership, entrepreneurship, disruptive technology and innovation) were launched, running in parallel and extended to the third day that marked the end of the summit, where it was recognition for attendees and volunteers who worked hard to make the dream coming true. 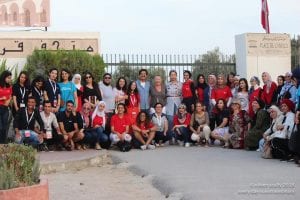 The three days were the fruit of the hard work of 30 young Tunisian engineers who worked together for months to deliver an outstanding work. The volunteers delivered a very high-quality event in term of program, organization and the most important that the success of the event, as a first in Tunisia, was the start of many future collaboration, partnerships and to confirm that Women in Engineering in Tunisia are contributing and changing their communities to better.

The summit was an opportunity to  more than 150 women from Tunisia and many visiting countries including USA, Poland, Turkey, Jordan, Spain, UK, Japan, Switzerland, Palestine, Lebanon, Morocco, Portugal and others to network and connect. Also, it was an opportunity to share knowledge and expertise between all attendees during panel discussions, networking coffees, the city tour in Tunis capital (specifically Carthage, Sidi Bousaiid and La Marsa) and by organizing energizing activities (Yoga night activity). 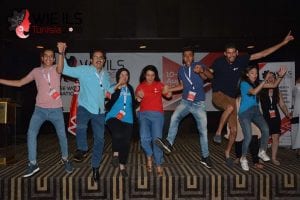 The International Leadership Summit of IEEE Women in Engineering happened in Tunisia confirmed the strength and the ability of Tunisia and youth in Tunisia to host such global events putting Tunisian female engineers in a competitive and advanced level with many developed countries in the STEM fields.

Articles about IEEE WIE ILS Tunisia 2018 and feedbacks from attendees and media:

The business of COP 27 took place on buses, in queues and in chance encounters wandering among the pavilions. Those shared spaces where attendees of different social and professional strata mingled democratized networking opportunities at the latest Conference of the Parties, the United Nations’ global climate summit. In the era of virtual meetings, sharing a seat with another person on a bus to a COP 27 venue approaches a justification...