In Benin and elsewhere in Africa, rural villagers depend on the fruit of the giant baobab tree as a much-needed cash crop. But processing it is a chore. The baobab fruit is about the size of an American football with a shell as hard as a coconut and workers have to beat it with large mortars and pestles.

Now, working with a women’s cooperative in Benin, a group of Pennsylvania State University engineering students have mechanized part of the task. They created a device that separates the pulp from the seeds. Beginning in 2010, the students designed and fabricated three versions of the machine, tested it and refabricated it in Africa using local tools and materials to ensure it could be repaired or replicated by local villagers. It was an exercise in engineering, manufacturing and cultural awareness.

“It was a lot of trial and error,” says team leader Matt Zellers, a June graduate who earned his bachelor’s degree in mechanical engineering. “We were able to create a design that was effective for someone else.”

The machine is powered by a 120-V AC motor that rotates a milled grinder against a stationary mesh to grind the fruit pulp into powder and separate it from seeds and fibers. It can process about 100 kilograms per day of the fruit. 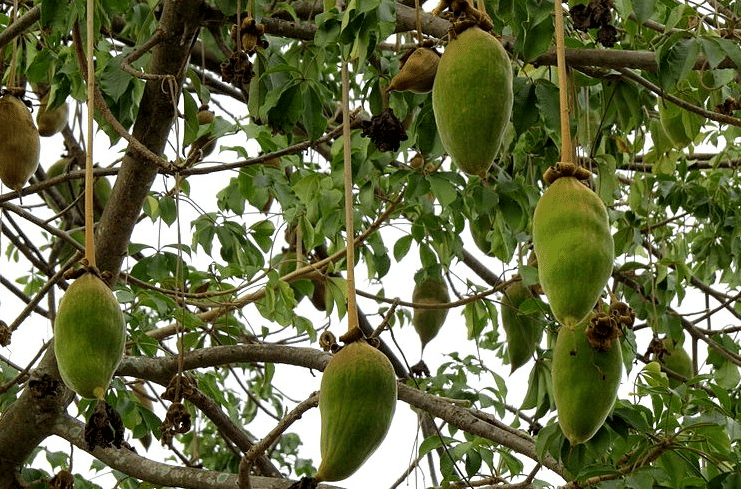 Baobab fruit is high in many vitamins and is in demand in Europe. It appears in several products, including as a sweetener or a thickener for jams and jellies. The fruit has a tart, tangy taste and is used in drinks throughout Africa.

Students produced a website on the baobab project, and in 2010 a member of a baobab cooperative in the village of Natatingou, Benin, emailed Zellers looking for help.

“I was kind of blown away by that,” says Zellers, who took the request to Schuhmann. He gave the go-ahead, but insisted the students work with the co-op to understand the local operation and how it fit into the community.

“We began by assessing what their needs were,” Schuhmann says. “We wanted to be careful. We could design a big machine and destroy the jobs of 30 workers, so we moved slowly through the process.”

The team’s first prototype was a large machine, fabricated on campus at PSU’s machine shop, from student-produced CAD images. Zellers says it took the team eight weeks to develop the prototype. After on-campus testing, the students disassembled the machine, and shipped it in five boxes to Benin where they were to reassemble it over winter break in 2010. Unfortunately, one of the crates containing most of the key assembly parts was lost in transit.

Although the students could not test or operate the machine, they used the time to work with the women of the co-op to further determine needs and conditions later used in tweaking the design.

“Seven thousand miles from home and we couldn’t do anything,” recalls Zellers. “But it was a good lesson.”

The team went back again in December 2011, this time with a smaller machine but troubles came again. They didn’t have the right motor. The students used a 120-v motor, but it blew out when they first plugged it in. The team salvaged the 220-v motor from the original machine but still needed to fabricate new parts for those damaged in the mishap.

Fortunately, one of the villagers found a machine shop with a lathe, drill press and welding material. On the last day of their stay, the students finally got the machine operating.

The goal was to get them finished by December, says Zellers, because the processing season is from January to April.

By the third iteration, the team had reduced the machine’s size by half. This time, they took it to Ecole Mohammadia d’Ingenueurs (EMI), a Moroccan university with which PSU works to promote cross-cultural collaboration. 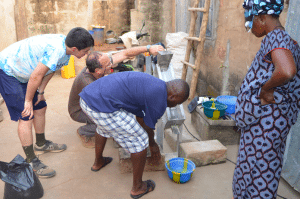 The current version of the baobab processing machine rebuilt in Morocco. Photo courtesy of Penn State College of Engineering / Flickr

Prior to the visit over spring break in March, the PSU student design team worked remotely with their Moroccan peers via computer hookup. At the campus in Rabat, students from both schools replicated the machine in four days using equipment and material available locally. The idea, says Zellers, was to build the machine with African parts on the African continent. They wanted to confirm that it could be repaired and maintained by the co-op.

But it wasn’t easy. The Moroccan equipment was not as advanced as PSU’s computerized water jet and other tools.

“We had to do things by hand, and that obviously is not as accurate,” says Zellers.

In the end, the students produced two machines; a processing operation in Togo bought one, and the Benin co-op the other. Although Zellers has graduated, another group of engineering students will pick up the project again when school begins in September. Wish them luck.

John Kosowatz is Senior Editor at the website for the American Society of Mechanical Engineers, ASME.org.

In a departure from the WASH community’s traditional focus on microbial contamination in drinking water, the new WASH-Toxics Working Group takes aim at chemical pollutants. A stop inside a farm supply store in a developing country can put the lack of agrochemical regulation on stark display. A team from Aqueous Solutions, a US clean water research and education non-profit, documented a visit to a shop near Paukkhaung, Myanmar, this year, and found 13 chemicals that are...