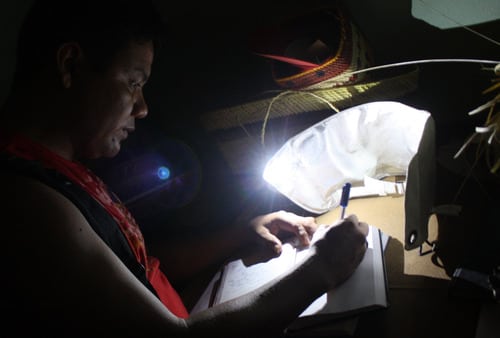 A surge in new power supplies presents an interesting challenge: What to plug in? The rural electrification rate in developing countries hovers above 60 percent, and by some estimates it might be nearly universal by the year 2030 .

Assuming those projections materialize, solutions pile on in the interim for delivering low-cost electricity to off-the-grid households. Now, with this potential for power, there is opportunity to create things to plug in, and to make those things more useful.

An obvious answer is mobile phones, and phone service carriers are, in fact, driving the delivery of Fenix International’s ReadySet batteries in African countries. Low-powered LEDs are another practical choice. As are phone-based medical devices. Fenix is a case in point. At the same time that the company is developing new ways to charge its battery, it also aims to foster a community of hardware creators – like app developers – that the battery could power. 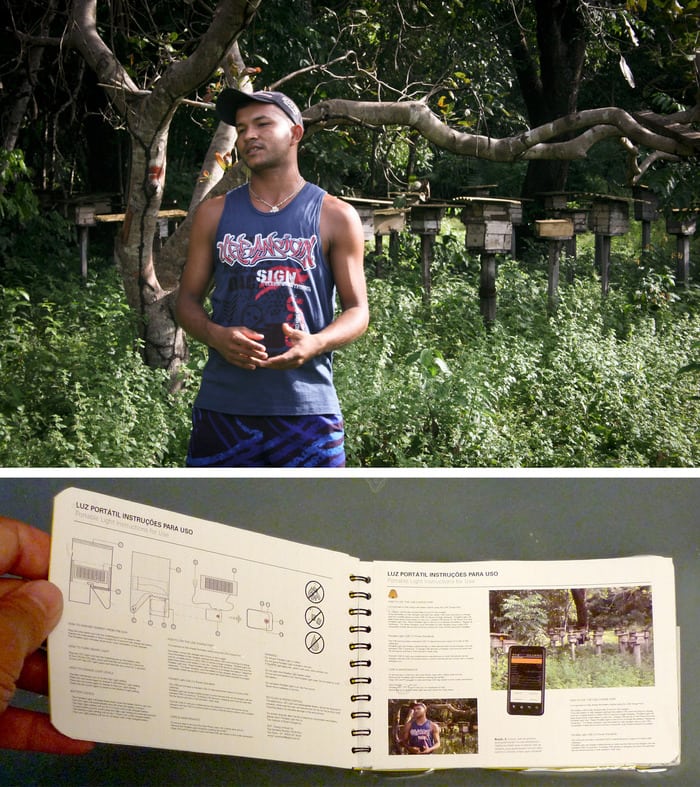 The Taking Charge pocket guide could include tips and tools for beekeeping, like the business (top). The guide could resemble this mock-up (bottom). Photos courtesy of Luz Portátil Brasil

The Portable Light Project is another elegant off-grid power solution with a growing list of things to power up. The wearable solar textiles with built-in batteries charge power LED lights and mobile phones. And now, a new sidebar to that project is underway that ties together several interesting ways to use a phone, from aerial mapping to beekeeping.

The project, called Taking Charge, is an attempt to bundle an unlocked Android phone with useful apps for small businesses and instructions for aerial mapping with a kite. It has a home online that’s an overview of the idea and a travelogue by its creator Jeff Mansfield, chronicling his time among ten communities in the Brazilian Amazon’s Tapajós and Arapiuns Rivers.

Mansfield, a Harvard architecture student, launched a Kickstarter crowd-funding drive on September 14th and he gave himself two months to raise the $12,800 it will take to create and deliver the first kits. Each kit will contain a phone with suite of apps installed, a simple kite rig for the phone made from empty plastic bottles, and the guide book that explains how to charge the phones with the the Portable Light Project’s solar panels, how to connect the phones to the Internet, how to use the phone to boost small businesses and how to supplement satellite images and commercial maps with do-it-yourself kite aerial photography.

The guidebook will also include tips, stories and photos gleaned from interviews with people in the communities and from the Brazilian incarnation of the Portable Light Project, Luz Portátil Brasil, and its partners in the region including the non-profit Projeto Saúde e Alegria.

“Because there aren’t mechanical or transmission engineers for miles, these citizens depend upon themselves, and so there’s a strong DIY ‘Maker’ spirit in these communities. Our hope is to amplify that DIY culture, so that these communities can develop on their own terms,” Mansfield told E4C by email. 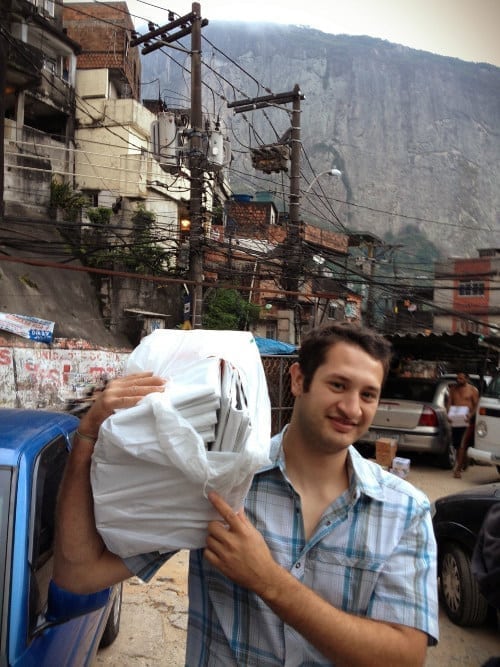 Mansfield envisions the phones as tools for ecological research and business development. With the right apps, the Amazon communities can take geo-tagged photos of plants and animals in their region and upload them to a database to document for worldwide research.

“Through this act of documenting their lands – an act of self-representation – river-community citizens are establishing the terms on which the rest of the outside world perceives the region,” Mansfield says.

Entrepreneurs can post profiles of their businesses and tips to others about how to run a business and how to incorporate solar power and phones into the business model. In beekeeping, for example, apps can track data on hive health, breeding patterns and honey production, and bee experts in the Amazon can trade advice for how to care for the bees. And, of course, with the right add-ons, a beekeeper could swipe a credit card to charge a customer for a jar of honey.

“If you think about it, smartphones are like digital multitools:  compact and portable, they have an overwhelming plurality of uses that are customizable to the user.  So, what we are trying to do with this toolkit is to suggest a few practicable and everyday uses that would benefit citizens of these communities.” 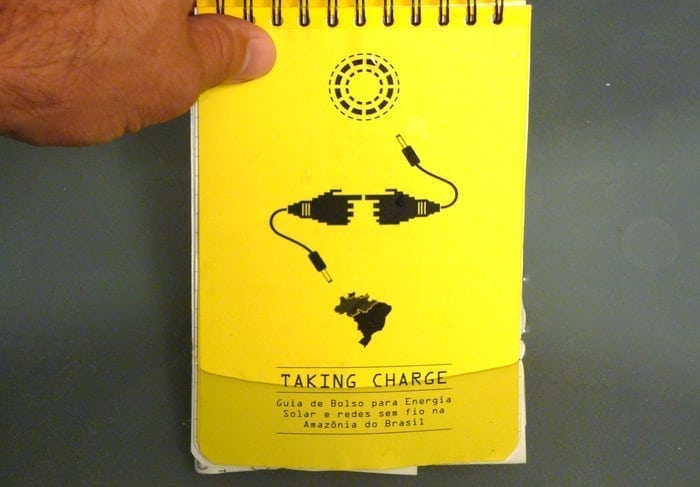 A mock-up of the pocket guide. Photo courtesy of Luz Portátil Brasil

From a top-level view, Mansfield sees the phones, the Internet connections, the kite photos and the panels that power it all as a portal to the rest of the world and an amplifier of people’s voices in communities that are largely cut off. Mansfield is deaf and says that his deafness has fostered empathy for people who rely on others to communicate for them. But technology is changing all that.

“Technology has played a life-changing role for my generation: It has allowed us to speak for ourselves through text messages and the Internet. With the growing presence of GSM and 3G networks in the Amazon, members of these remote communities now have the opportunity to communicate their issues, needs, and concerns with each other and engage with the larger global community,” Mansfield says.

For those interested, he wrote a thoughtful essay about deafness, vulnerability, communication, Beethoven and solar energy in the Amazon: The rest is silence.

The phone as a multi-tool or a Swiss Army knife is compelling, and so are efforts like this pocket guide project, that make the things that we plug in more useful. For those who would like to donate, please visit the Kickstarter campaign here.

Smoke frames the memories of the trail for trekkers in Nepal. It rolls from a yak-dung fire warming a room above a river valley, a wood stove boiling lentils and the tailpipes of buses on gravel roads. The haze seems intertwined with the back roads. And it contrasts deeply with parabolic reflectors. The reflectors are the shiny faces of solar cookers that now dot the high-altitude villages. These smoke-free anachronisms look...