Build your own open-source machinery with plans at Jua Kali

An ambulance pulled by a donkey, one of the open-source machines with free plans available featured on www.juakali.info.

Ask for a pair of door hinges at a hardware store in Kenya and the shopkeep might offer two options: regular and “Jua kali” hinges. The jua kali pair could cost half the price, but they will not be finished or cleaned, and they are likely made by a cheaper, cruder manufacturing process the forges each hinge in a unique size and shape.

Jua kali is a Kiswahili term that literally means “hot sun.” But in Kenya, which shares English and Kiswahili as official languages, jua kali has taken new life as an adopted word in the English language that denotes the entire informal sector of goods and services.

With that brief etymology, we’d like to introduce the Web site www.juakali.info. The site houses information on nearly a dozen farm tools and other devices, many with open-source construction guides. And more renderings are on the way, Muckle says. The site draws on the jua kali tradition of cost-cutting innovation and do-it-yourself manufacturing.

“I chose to call the site juakali.info so that those from the East African area would know who it was intended to reach,” Barney Muckle, Jua Kali’s founder, told E4C. 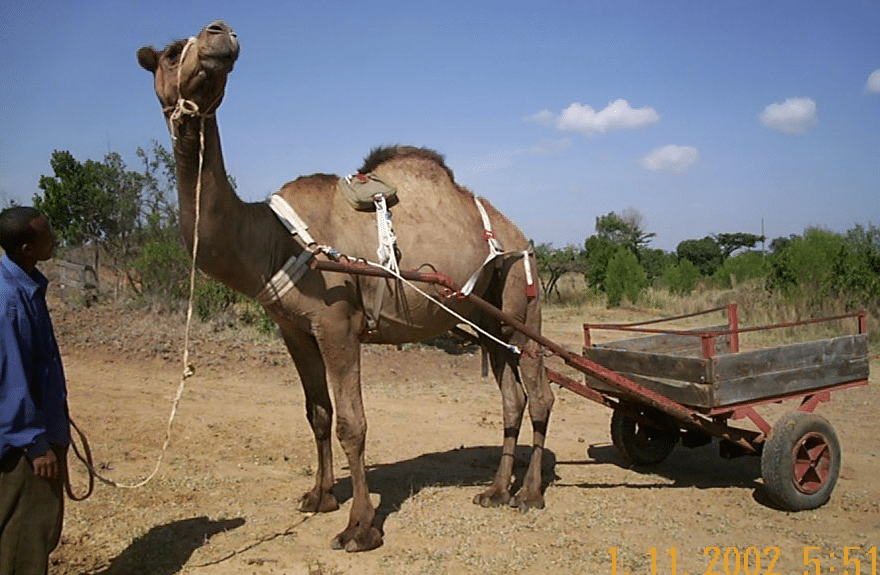 Muckle is an 80-year-old displaced Englishman who lives in Kenya. He trained as an agricultural engineer and has worked in academia in Sierra Leone, with the Food and Agriculture Organization in Algeria, as a farm machinery field evaluator and finally in his own engineering firm, both in Kenya.

Muckle designs tools that are either hand-operated or hitched to animals, and his site provides free plans for building your own versions. The designs bear his own stamp of frugal engineering, which he sums up like this: “My philosophy is to take an existing design throw away half the components, but end up with a superior performance and low cost.”

He believes in the open source movement, and his lifelong interest has been in “small-scale technologies that work,” he says.

“Call them appropriate, intermediate, or whatever, but they are made by the informal sector with skills in all the industries – metal and wood working, plus cloth manipulation, etc.,” he says.

Juakali.info, focuses on conservation agriculture, but Muckle has recently added an ambulance design – better described as a modified stretcher – that can be drawn by camel or donkey. It is slender, with just one wheel and an animal power source, making it suitable to navigate rough roads and routes that are too narrow for a conventional vehicle. This brief YouTube video shows the machine in action. 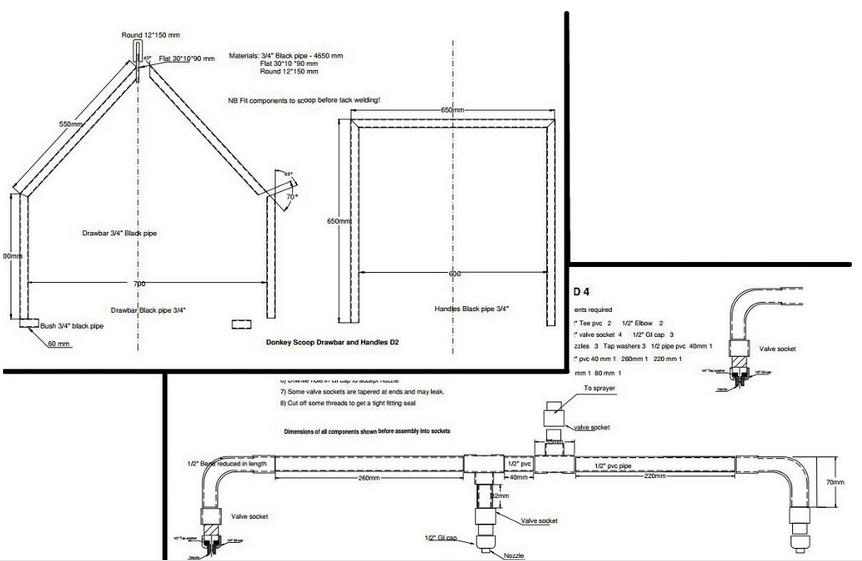 These pages from the construction manuals for a soil loosener and an herbicide sprayer represent the kinds of plans freely available at juakali.info.

Water, weeds and wheels are some of the biggest challenges around Mt. Kenya, where Muckle once lived on 10 acres of semi-arid bush land. Invoking that trio, Muckle founded Triple W Engineering Ltd, with which he promotes solutions for Kenyan farmers.

“Weeding was the biggest unresolved problem,” Muckle says. “So, eventually I acquired an engine and started to try to make better weeding tools.” One of his designs at juakali.info, for example, is for an improved herbicide sprayer.

Repair shops are scarce in remote farmlands, and the wheels and axles of animal-drawn carts are especially vulnerable. To solve the problem, Muckle developed rim-making techniques and had the idea to fill the tires with sawdust, rather than air, creating puncture-proof wheels.

The juakali.info Web site is not well known, particularly among the people who should use it. Muckle targeted the informal manufacturing sector, which thrives in Kenya (but is not unique to the country).

“These are often young persons who exist in every country in the world and who start enterprises with minimal capital, often a loan from the family, but who then, by hard work, supply a service and generate income,” Muckle says. “Now, here, the metal workers cannot afford to rent a building, so they arrange to put their welder wires through the window of a friend to connect to his power supply. Naturally for a fee. They do their work in the open often under a veranda, and when it is wet, the risks they run of electrocution are horrifying to see. But that is how they function.”

To accommodate this kind of manufacture, the designs at juakali.info incorporate locally-available raw materials and they keep costs down as low as possible. But the site fails to reach theses workers because most of them don’t own computers.

A changing landscape of mobile-device access could put juakali.info and other important online resources into the hands of the world’s informal sector. We have a lot of hope invested in that trend, and we hope it serves sites like juakali.info and the people who can benefit most from the information.

In the mean time, we’d like to ask our readers’ advice for ways to improve the site’s reach, or to find other ways to disseminate these open-source plans.

Takeaways for Engineers and Entrepreneurs from the Vertical Farming Market Report

The vertical farming market was estimated at $3 billion in 2018 and is predicted to hit $20 billion by 2026, rising with a compound annual growth rate of 27 percent. The growth is attributed to worldwide concerns about climate change and environmental pollution according to a report by Global Market Insights, Inc. Findings of interest to social entrepreneurs and global development engineers The UN’s Sustainable Development Goals encourage vertical farming...