A female participant of a study on the usage of solar home systems stands with her son at the back of her house where she has installed an outdoor light to make it easier to move around the compound. Nyamata, Rwanda. Photo: Iwona Bisaga

We Cannot Design Appropriate Energy Technology Well Without Including Women

The value of user-centered design is indisputable. If we want to design products and services that work for the end-users, we have to take their feedback onboard and design with their active participation. That’s how to ensure that we meet their needs the solutions are highly relevant and usable. Same applies to the design of energy technologies, whether it’s solar home systems (SHSs), pico-solar lanterns or energy systems connected to mini-grids (which can be powered by solar, hydro, hybrid fuels etc.). However, the question I had to ask myself when conducting research on the users of SHSs in Rwanda was: are we really including all users in this critical process?

Compare Solar Home Systems side by side in Engineering for Change’s Solutions Library. 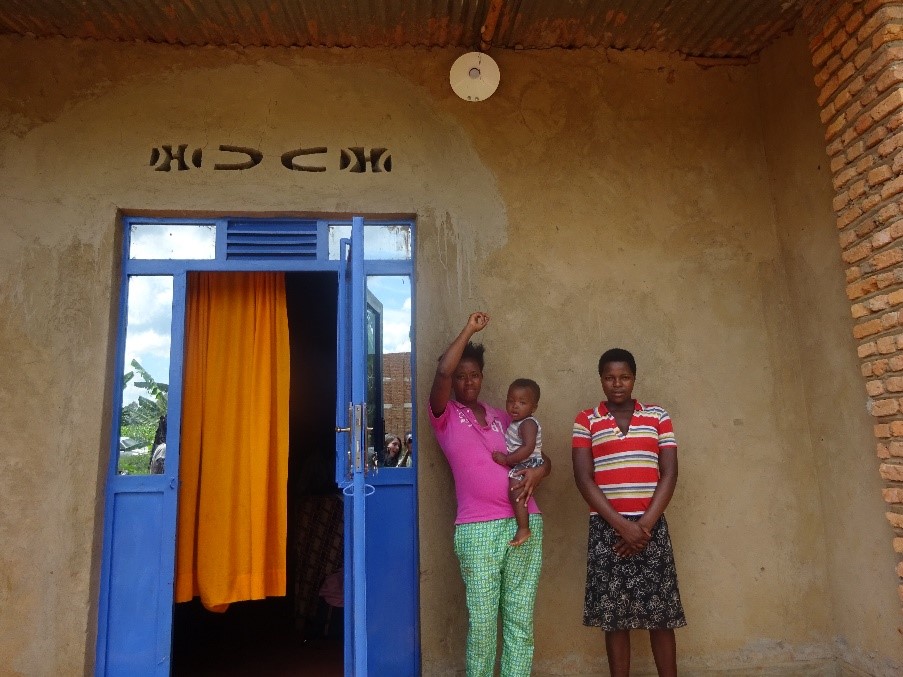 Two women with a boy in front of their house, demonstrating the outdoor light powered by a solar system. Nyanza, Rwanda. Photo: Iwona Bisaga

The realization that we might accidentally be excluding some users while designing energy access solutions came in April 2016. I was sampling participants for a study related to my PhD research at University College London, collaborating with BBOXX, one of the providers of SHSs in East Africa and elsewhere. I saw how many of the registered owners of SHSs in Rwanda were male and female: 94 percent vs. 6 percent, respectively. If we were to only go with random sampling, we would end up with hardly any women while getting customer feedback by conducting interviews, regular satisfaction surveys or focus groups. The numbers would be heavily skewed towards men, by default.

This is particularly important for providers of products and services in communities where men tend to be the heads of households and men are in charge of managing household resources (purchases, expenditures etc.). In those populations, men are the ones who are likely to answer the phone when a provider calls to get feedback. And yet, as I quickly learned in focus groups that I held before conducting household surveys in my research, despite not being the owners of the systems, women are their primary users, along with children. They are the ones who stay at home during the day and use the services that are made available, i.e. lighting, mobile phone charging, access to information via radios or TVs, more than their male counterparts. Children also spend more time at home and benefit from having access to electricity in considerable ways by having a cleaner, improved study and play environment, and no longer having to wander off at night to seek a bright place where they can meet friends or do their homework.

If we were to only go with random sampling, we would end up with hardly any women.

For the in-household part of surveys I conducted, I decided to go for purposive sampling, a method of selectively choosing participants based on the population and objectives of the study. I chose the method in order to reach more women than I would have reached through random sampling. That’s exactly what happened: among 97 in-household surveys (where purposive sampling was applied) 45 percent were female vs. 55 percent male, whereas among the 168 telephone survey participants (where random sampling was applied) only 16 percent were female vs. 84 percent male (still a higher overall proportion of women than in the total population, as demonstrated above). I found that it was much easier to reach women for in-household surveys precisely because they are the ones more likely to be at home during the day, as opposed to men who work outside of their homes and are only there in the evenings.

The impact of solar home systems on the women has been found to be more significant than on men.

Collectively, among all survey participants (265), when asked about who in the household uses the SHS the most, 61 percent of men said it was their spouses and 66 percent of women said it was themselves. Focus groups and participatory photography workshops (which doubled as data-collection tools) confirmed that split. As a result, the impact on the women has been found to be more significant than on men. Being responsible for household chores, women can now extend their work hours into the evening and no longer have to wake up early to make sure they complete their tasks before the sun goes down. Now they can easily perform them in the evening, having a much brighter, safer and cleaner source of light than the candles or kerosene lanterns they used to rely on prior to purchasing a SHS. The improved well-being also comes with the ability to cook in a brighter place, without having  to worry about tripping over kitchen appliances, or the need to hold a lamp, a candle or a torch while preparing meals.

A female participant with her two-week old baby shares her story and happiness with the bright light in her bedroom. The light allows her to nurse the baby with a greater ease. Musanze, Rwanda. Photo: Iwona Bisaga

As one male participant reported:

“It’s my wife who pushed me to buy the system. There is [a] big challenge that she used to face. Whenever we could afford a torch, my wife would do some activities holding that torch in her mouth, for example to cook, and she used to tell me that she was feeling pain and we were always wondering how we would explain to the doctors about her illness. I would also wonder how this was going to end. But now she no longer holds a torch in her mouth and she also tells me that she no longer feels pain. She can also testify herself, it is not a joke.” (Male, Nyamata, Rwanda)

A kitchen floor of one of the households visited during my research showing the uneven surface and the various appliances and objects lying around on the floor. Muhanga, Rwanda. Photo: Iwona Bisaga

Men often talked about women when asked about impact of having access to electricity in their homes. Another one compared what was challenging for his wife before and how her daily activities have been made easier since system adoption:

“My wife is also able to cook, help kids to take shower in the evening. Before, it used to be very difficult because the lantern brightness could not reach all the places of the house. But with the system she can do all the activities from whichever side she wants. She can also wash dishes in the evening all this because of the brightness of the lights.” (Male, Musanze, Rwanda)

Nursing her baby at night with much more ease, with a bright light available at a push of a switch, was one of the key changes for the better for a female participant in Musanze:

It is clear that in order to engineer solutions to satisfy the needs of those without access to basic services we need end-user feedback. The iterative process of user-centric design, from planning, researching, designing, adapting and measuring (on repeat), can only bring true value if all end-users are involved. That includes the obvious ones (here—registered customers) and the ‘hidden’ ones, who can often be the ones using and benefiting from energy technologies the most. This feedback is pivotal as the daily experience of using a technology translates into a lot of learning about how to improve it. However, the voices of those who are yet to gain access, be it to SHSs or other technologies offering energy access, should also be integral to the process, and should include both men and women, as different needs and aspirations might exist among them.

Missing out on including women’s voices can result in poorly engineered solutions, or, at best, solutions engineered for some, not all.

In many other Sub-Saharan African countries, where over 500 million people are currently without electricity, the gendered roles are similar to those in Rwanda. Missing out on including women’s voices can result in poorly engineered solutions, or, at best, solutions engineered for some, not all. If the problem persists, the United Nations’ Sustainable Development Goal 7 (SDG7), ‘Ensuring access to affordable, reliable and modern energy for all,’ can never truly be achieved.

Iwona Bisaga is a Contributing Editor at Engineering for Change and a global development professional who designs and implements water, sanitation, hygiene and energy-access projects in Sub-Saharan Africa, South America and parts of Asia. Iwona’s expertise is in energy-access research, particularly through decentralized, stand-alone solar home systems in Rwanda and East Africa.

Up Is the Way Forward for Wind Energy

The Value of Off-Grid Solar Energy in Refugee Camps

Mobile communications networks have surged in developing countries and so has the availability of smartphones and tablets. These tools offer interesting new ways for collecting field data. Digital surveys replace pen and paper, text messages replace pamphlets and GPS replaces pins on a paper map. To guide us through the use of the new tools on offer, E4C has teamed with leaders in mobile technology for global development and other ICT4D to...

Communities in rural Kenya are still heavily dependent on wood fuel and other biomass for their basic energy needs. Reliance on biomass can lead...