Mobile phones can violate cultural customs, but they have enhanced the lives of billions of people. Are they an appropriate technology? Photo by juicyrai / Flickr

The Big Design Questions | Is a technology appropriate if it violates cultural norms? 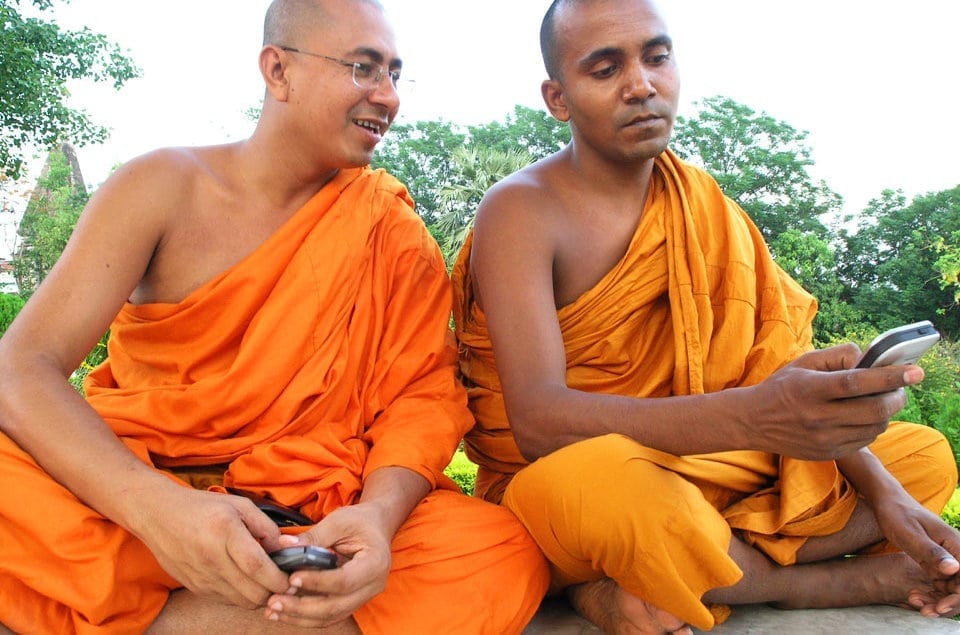 Mobile phones can violate cultural customs, but they have enhanced the lives of billions of people. Are they an appropriate technology? Photo by juicyrai / Flickr

The drive to improve the quality of life in economically depressed communities has often clashed with the drive to “preserve the culture” in those same communities. This week’s big design question in our weekly series addresses issues with technology that violates cultural norms and the competing “museumification” of cultures.

Khanjan Mehta, a contributing editor at E4C and head of the Humanitarian Engineering and Social Entrepreneurship (HESE) program at Penn State, and his students first posed this question in a paper published in the IEEE Technology and Society Magazine. He offers his thoughts below in answer to the question. And we’d like to put it to the entire community if you would please share your comments at the end.

Is a Technology Appropriate if It Violates Cultural Norms?

New technologies often clash with local cultures. In some cases it is unavoidable. The Internet, for example, is pervasive and it would be impractical to try to rein it in. And in some cases the clash is unintentional. For example, farmers rejected treadle pumps that were introduced to improve irrigation when they noticed that the device made women who use it move in a provocative-looking manner. (In that case, a redesign of the peddle mechanics solved the problem.)

Culture is dynamic and should not be museumified.

Even when ventures try to avoid a cultural clash, achieving harmony with local cultures can be difficult. Cell phones, for example, inherently compromise cultural traditions and face-to-face conversations in rural areas. On one hand, we can blame phones for the destruction of traditional culture. At the same time, however, phones have enhanced the lives and livelihoods of billions of people. Those people have readily accepted the technology and adapted their cultures accordingly.

We can blame cell phones for the destruction of traditional culture, but phones have also enhanced the lives of billions of people.

Culture is dynamic and should not be museumified. Instead of outsiders dictating a specific definition of cultural preservation, local residents should be empowered to choose the life they want. On one hand, the evolution of culture may be secondary to basic survival and an improved quality of life. Conversely, technology should not force a community to lose an identity it wishes to preserve. When foreign breakfast cereals were introduced in Kenya, their popularity among expatriates threatened the traditional Kenyan breakfast industry. This was true even though the foreign cereals had a higher cost per nutrient ratio than that of the traditional diet. The loss of traditional food habits did not improve community nutrition but instead worsened it. Culture is a dynamic entity and technology-driven social development is a valid basis for cultural evolution. Outside innovators can introduce game-changers and culture-changers, as long as the users maintain their right to determine which technologies and cultural artifacts they want to adopt and which ones they want to discard.

What do you think?

Why technology alone will never provide sanitation for the poor

The word “still” carries a subtle indictment. We see it in the WHO/UNICEF Joint Monitoring Programme’s 2015 report on global progress in sanitation, which reminds us that “2.4 billion people still lack access to improved sanitation facilities.” Still. We’ve gone to the moon, developed nuclear warheads, and can communicate wirelessly anywhere on the planet—shouldn’t everyone have a toilet by now? It is tempting to believe that the level of our...