Kids learn construction skills when they build them, and their school attendance may improve because they play on them, but seeing smiles on their faces is enough reason to build playgrounds.

“Many children in developing countries have to work to help support their families; playgrounds provide a welcome relief. Playground equipment encourages kids to go to and stay in school (most are installed in school and orphanage yards). They are kid magnets,” Roger Hansen told E4C by email. Hansen retired from an engineering post at the US Bureau of Reclamation and has taken up playground construction in Uganda, Peru, Ecuador and the Navajo Native American reservation in the United States.

From fundraising to construction, Hansen’s playground building techniques echo those of a handful of organizations around the world that are doing it well. Here is a quick guide to get started.

The design starts with the community

PlaygroundIDEAS is an open-source playground design hub and community that has helped build more than 900 playgrounds in developing countries. They have a five-step build process, and “Build” is not the first step. It’s the fourth, right before “Maintain.” The first three steps are “Listen, Plan and Design.

“Our Playground designs are based on the communities’ feedback. This ensures that our projects are culturally sensitive, sustainable and, of course, amazing for the children,” the organization says in a statement on its site. The organization encourages builders to use local materials, recycled, upcycled and found objects and to hire local construction crews. But the process starts by talking with the community.

Hansen’s approach is not much different. “Local participation is important,” he says.

Construction can be a job creator or an education

The community does most of the installation when Hansen helps build a playground. Team Playground, which builds playgrounds in West Africa, enlists the help of the children who will use the facility to help build it.

And the members of the Kounkuey Design Initiative in Nairobi, Kenya, do the same when they work with residents of the shantytown Kibera. They help convert unusable land into enjoyable public spaces like playgrounds, engaging the people who are going to use the space in design and construction.

“We have to construct the swing sets (et al.) to withstand heavy use,” Hansen says. And that’s adorable, but it also underlines the importance of adhering to a safety standard. PlaygroundIDEAS advises designers to check for a national playground construction standard in the country where they build.

In the absence of a standard, consider adopting another country’s code. For example, the US Consumer Product Safety Commission created this Public Playground Safety Handbook that covers equipment, surfacing and other guidelines.

Hansen uses the crowdfunding site Indiegogo, and there are dozens of other sites that can also help. If you’re stuck, see our roundup of crowdfunding platforms for ideas. PlaygroundIDEAS recommends adding a donation button to your Web site and then sharing the link through social media and email. Pre-Internet schemes still work, too. Don’t overlook the church fundraiser, the bake sale, or the time-tested tactic of asking your rich grandparents.

If you need convincing that building one is worthwhile, these photos show the difference that playgrounds can make. 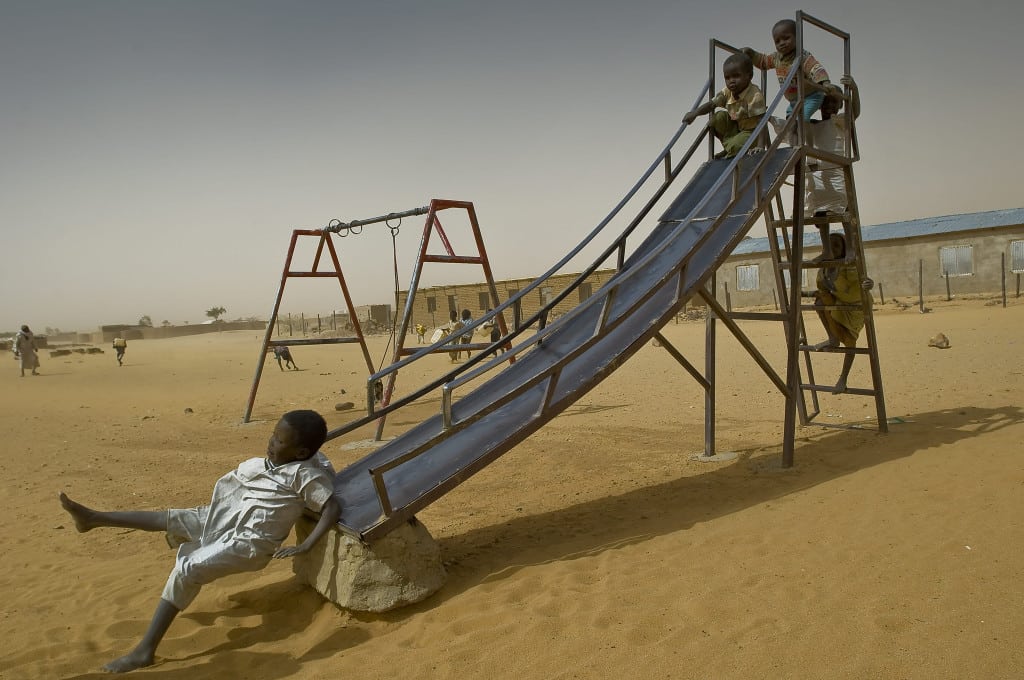 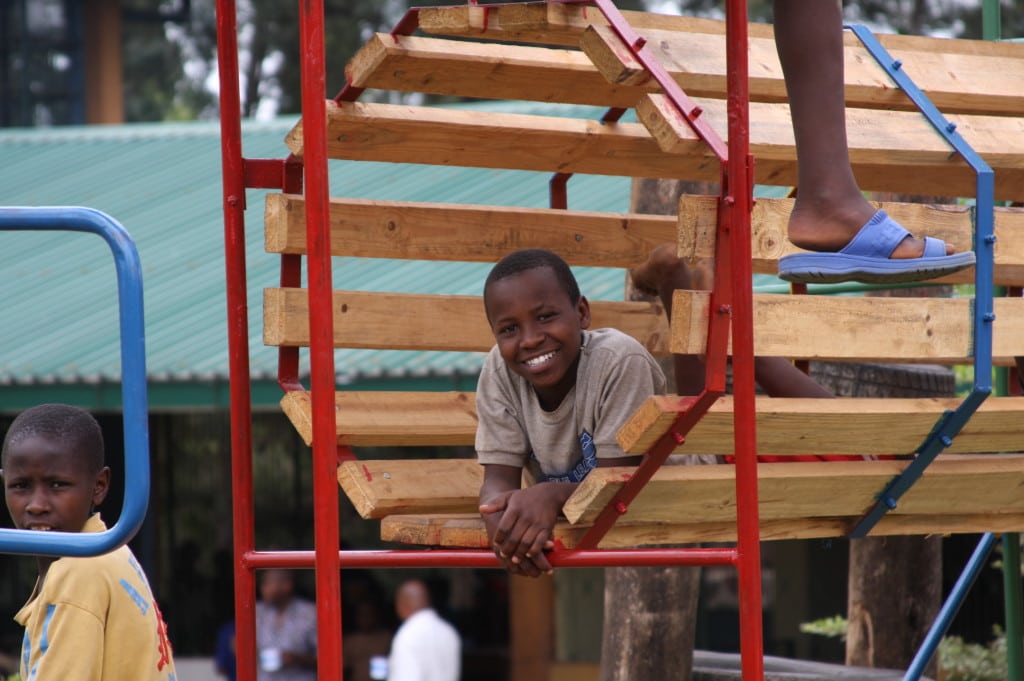 Children play on this playground in the Moshi municipality of Tanzania / gotmikhail? / Flickr 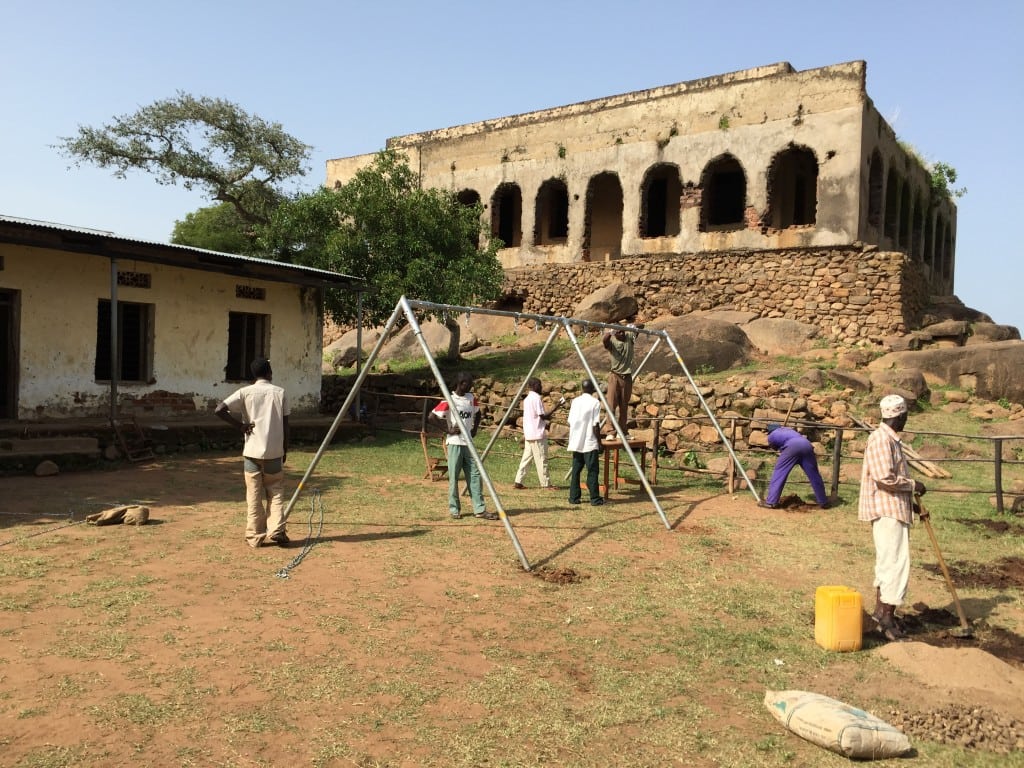 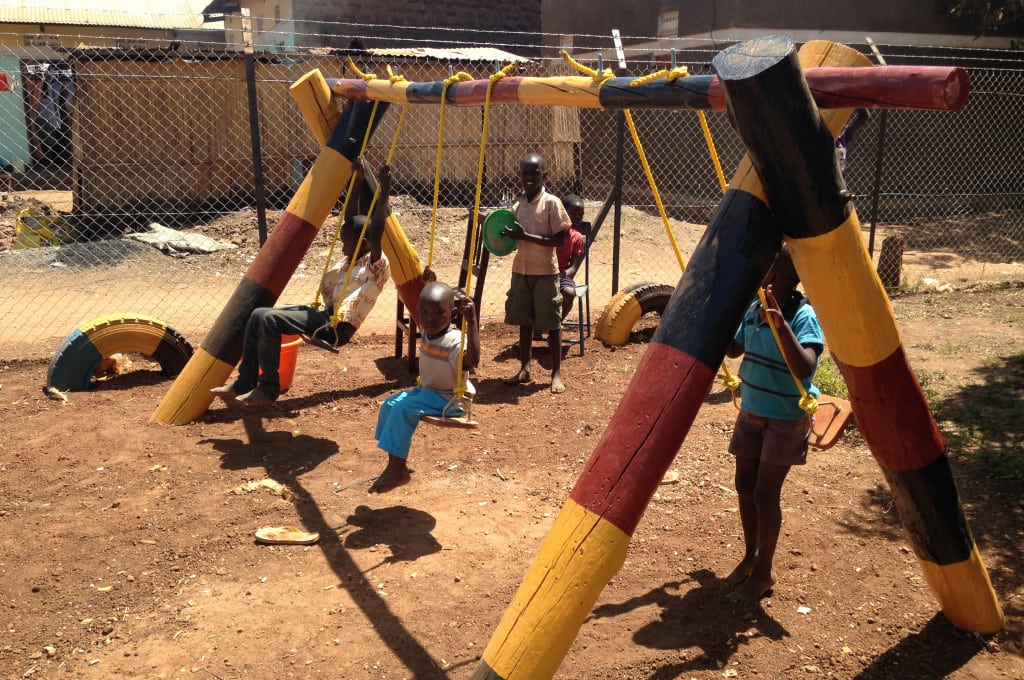 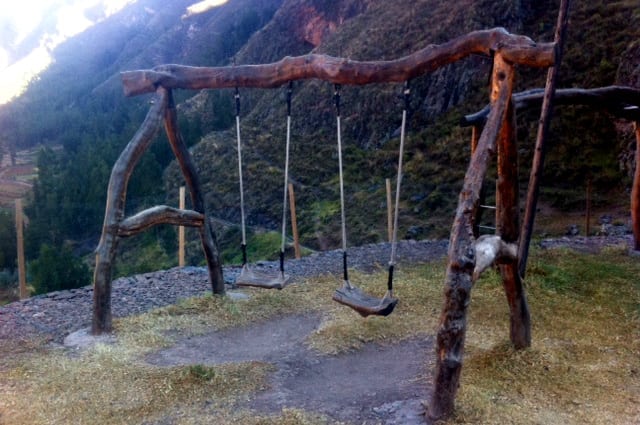 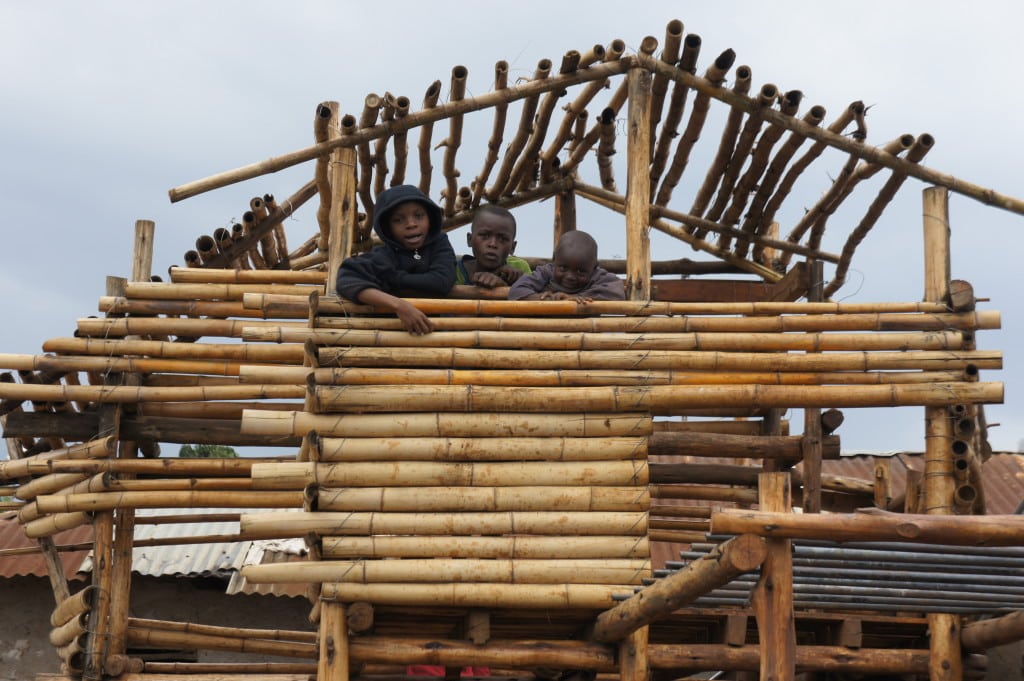 Residents of Kibera, Kenya, built this playground, one of the first in the region, on rehabilitated land that was formerly a dumping ground. Photo by Iana Aranda 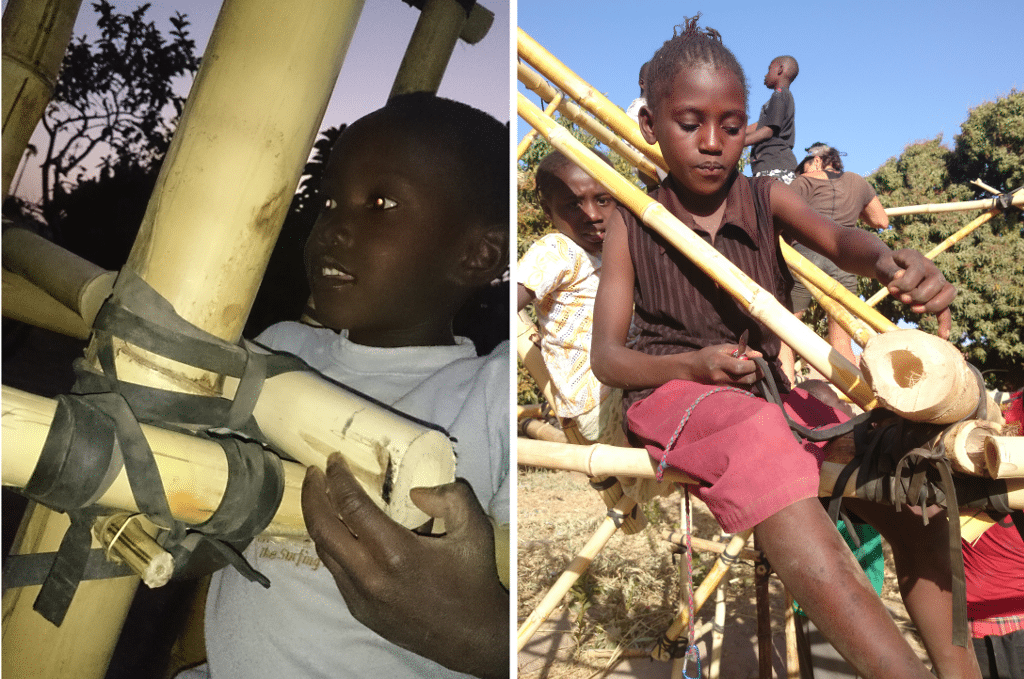 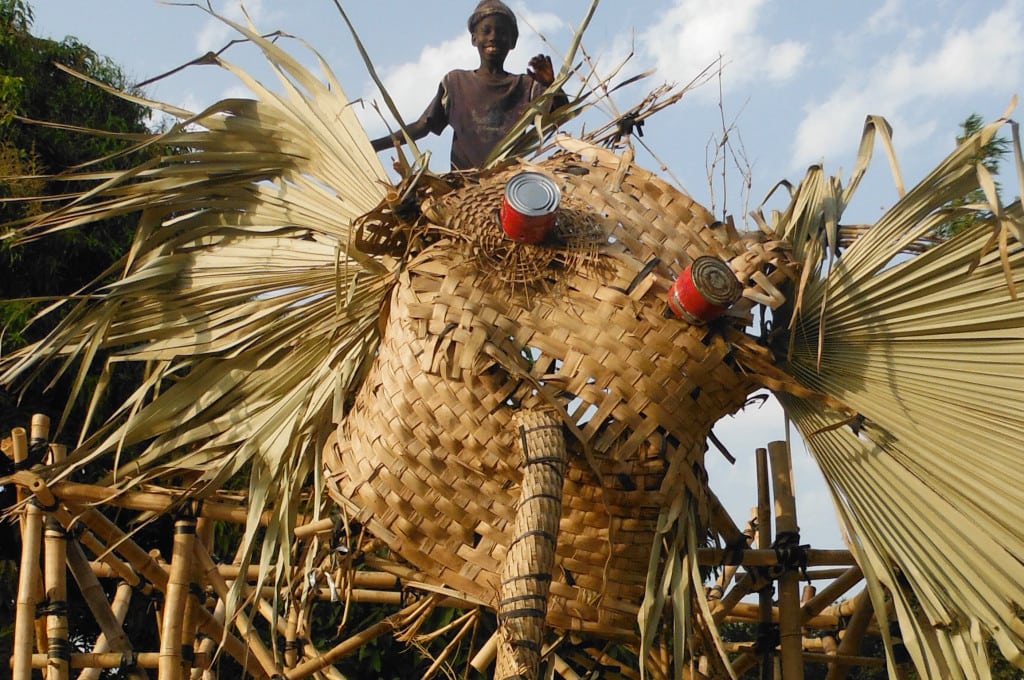 The GSMA Development Fund released an important report(pdf) on the state of educational programs offered through mobile devices, and the potential for their improvement. Through case studies and expert recommendations, the report shows how mobile phones and other networked devices can boost education for children, adults and teachers in developing countries. There will be an estimated 5 billion GSM connections worldwide by the end of 2010, the report mentions. Because...

The Basics: Understanding Intellectual Property For Innovators in the Era of the Pandemic

Throughout the era of COVID-19, we have seen numerous calls for ideas and innovations to solve the challenges that the pandemic has caused. The...

A university, a foundation and a global non-profit organization have partnered to research the mango value chain Kenya. Mangos constitute an important, but underserved,...