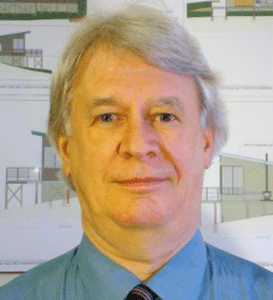 In October 2010, UNESCO issued a report that placed the engineering on the same seat with science as drivers of international development. Before that, the organization had published five reports in 15 years that, in Tony Marjoram’s view, paid scant attention to the entire field of engineering. Marjoram was instrumental in writing that report when he worked as a Programme Specialist at UNESCO’s Basic Engineering and Science Division.

From the first tool makers to the first space walk, the history of engineering, the report points out, is the history of humanity itself. Unfortunately, the field is falling out of favor with college students and developed countries have to siphon off the engineers from emerging economies, the very places where their skills are most needed. Throughout this shift, policy makers have not, until now, had a comprehensive assessment of engineering in international development. That was Marjoram’s crusade, and a legacy he left at UNESCO.

Marjoram has since retired from the UN and moved to Australia to take on work as a consultant. He is convinced that, though society and policy makers often overlook the role of engineering in development work, it is the key to making meaningful change. We asked him five questions.

E4C: What is one thing that people either don’t know, or don’t understand about technology development in developing regions?

People in general, including engineers, policy makers and decision takers, often overlook the importance of engineering and technology in development – in both developed and developing countries. This is a major problem in getting engineering onto the development agenda. People also need to be more aware of the need for engineering and technology to be appropriate to the social and economic situations in which it is used and to build upon, rather than displace, local knowledge and experience.

E4C: What is one of the promising trends that you see in your field and the people you work with today?

One negative trend for engineering around the world is the decline in interest and enrolment of young people, especially women, in engineering courses, and the actual and impending shortage of engineers in most countries. While this can be addressed in a band-aid approach for richer countries by promoting migration, this is not a proper solution, as it just makes the situation worse in poorer countries. One positive trend is that when young people, especially women, see the importance of engineering as an important part of the solution to poverty reduction and sustainable development, they are attracted to engineering as a possible career.

E4C: What do you think is a dead end in technology development that some people just won’t let die?

Many people, including policy makers, decision takers and especially the media, have a simplistic view of science, engineering, technology and innovation based on the linear model of innovation – where science discovers and engineering applies. While this may suit scientists (as in “rocket science,” for example, which is more about engineering), it does not give a good picture of engineering. Innovation often depends far more on engineering than science, and this needs to be better understood.

E4C: What has kept you awake at night or has simply worried you about your work?

My main concern and fascination is how to find answers to the above questions. Those questions formed the title to the UNESCO Report, “Engineering: Issues, Challenges and Opportunities for Development”, the first ever report on engineering around the world, which I conceived, coordinated and edited over the last three years.

E4C: Five years from now, what improvements would you like to see in the technology that you and the people you work with use?

Hopefully there will be greater awareness of the importance of engineering and technology in development and in the major issues and challenges we face, such as climate change and the need for mitigation and adaptation, and for engineering and technology to be appropriate to context. Hope springs eternal, and this probably reflects my optimism in the issues we face, and the opportunties we have to address them.