Editor’s note: At a glance, this article may seem outside the purview of Engineering for Change, but reading reveals an emphasis on the role of infrastructure, says Jason Lindley, editor at The Conversation. “A year after Hurricane Maria, children are still traumatized—and closing hundreds of schools is going to make things worse, according to researchers who studied Hurricane Katrina’s effects. Children affected by disasters need the stability that only schools, housing and resources can provide, all of which are lacking in Puerto Rico,” Lindley says.

The catastrophe that followed Hurricane Maria’s landfall in Puerto Rico, on Sept. 20, 2017, affected all of Puerto Rico’s 3.3 million citizens.

Everyone lost power for weeks. Half of all Puerto Ricans went without electricity until Thanksgiving. Thirty-five percent celebrated Christmas in the dark. Several thousand would not see their power restored until August 2018.

Hurricane Maria’s death toll of 2,975 ranks it among the deadliest natural disasters in United States history.

Among the survivors of the storm, one group has proved especially vulnerable: Puerto Rico’s children.

The children of disasters

An estimated 657,000 people under the age of 18 lived in Puerto Rico when Hurricane Maria hit. All experienced the intensity of the storm and its disruptive aftermath.

Research shows that children exposed to disaster may go on to suffer a host of problems, including emotional disturbance, increased stress, behavioral problems, academic troubles and greater risk of illness.

It’s been 13 years since Hurricane Katrina slammed the U.S. Gulf Coast, killing 1,800 people and leaving behind a chaotic and dangerous disaster zone. Over a million people were forced to flee their homes. Evacuees scattered across the United States, from Dallas to New York.

Hundreds of young Katrina victims were interviewed for the 2015 book “Children of Katrina,” authored by Alice Fogerthill, a co-author of this article, and disaster researcher Lori Peek. The book followed a group of children between the ages of 3 and 18, primarily from New Orleans, for seven years.

Their stories offer critical lessons about how Maria’s youngest survivors can be better supported through the trauma of the hurricane and its aftermath.

What Katrina taught us 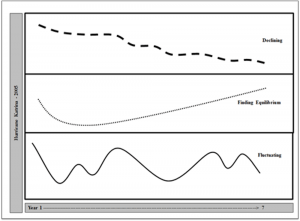 The authors followed children affected by Katrina for seven years and found that they typically followed one of three paths: their lives declined markedly, they found stability or they fluctuated between instability and stability. Image: Alice Fothergill/University of Vermont

Very few children simply “bounced back” after Hurricane Katrina. After the initial period of post-storm disruption and struggle, children tended to follow one of three paths.

Other young storm victims entered a “fluctuating trajectory” after Katrina. They experienced both stability and turbulence – sometimes at the same time.

For example, kids might be healthy and well housed. But, if they were living far from home – and, sometimes, from a parent – they might be distressed and getting into trouble in their new school. The ups and downs lasted for months or years.

These kids didn’t recover smoothly from Katrina. But they didn’t completely break down, either.

Some children never rebounded after the storm.

Many in this group started out in unstable settings: They came from poor, often tenuously housed families. These vulnerable children already faced difficult futures.

Katrina accelerated, intensified and solidified their challenges, triggering a downward spiral that remained serious even a decade after the storm.

After perilous evacuations from the flood zone, some children landed in unfamiliar cities. There, they struggled to make friends or even experienced hostility at schools hosting high numbers of Katrina refugees.

Other children were left homeless by Katrina. Their diets were unhealthy and unsteady. They became depressed.

Kids in this group lost years of schooling or dropped out entirely. 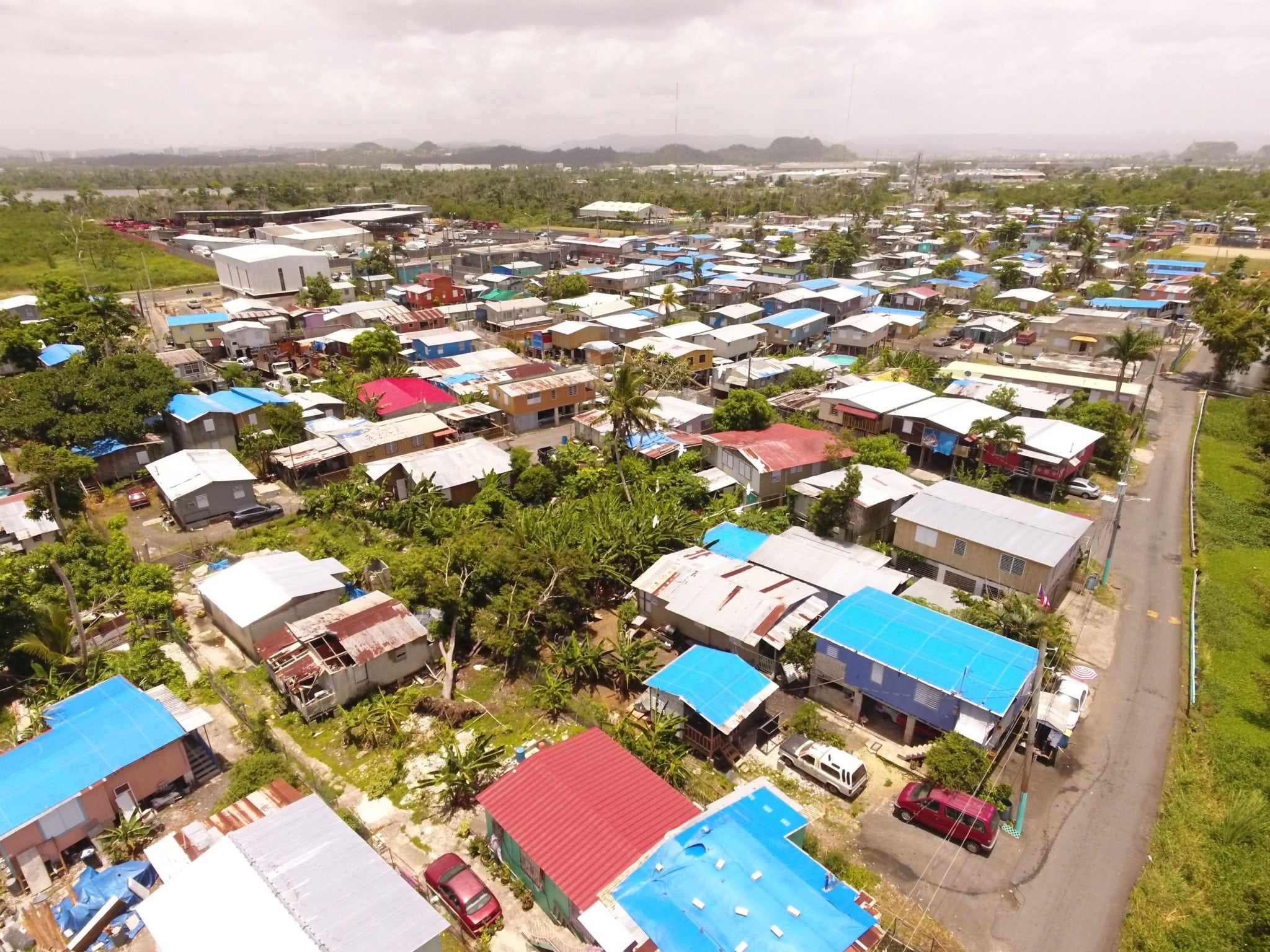 Schools are key to success

Disasters threaten kids’ ability to grow and thrive. They depend on adults and communities to help them survive.

Examining why Katrina’s children recovered fully, partially or not at all can inform strategies for helping young Puerto Ricans today.

School was a powerful stabilizing force in many children’s lives, according to the “Children of Katrina.”

Though some New Orleans schools closed after Katrina and over 4000 teachers were dismissed, the remaining open facilities helped students establish a regular daily routine.

School also gave them access to caring peers and helpful adults. Teachers in New Orleans counseled their students and encouraged them to get involved in extracurricular activities.

Social workers and school counselors, both in New Orleans and elsewhere, were a crucial support system for Katrina victims.

Schools also gave kids the opportunity to help other kids, an important path toward healing. This confirms studies documenting that youth experience positive mental health effects from assisting others.

The centrality of school in Katrina recovery does not bode well for the children of Puerto Rico.

In the year since Maria, Jenniffer Santos-Hernández – a co-author of this article – visited dozens of communities across the island to compile data on the status of utilities, services and conditions. That ongoing disaster research indicates that the future of Puerto Rico’s children is at stake.

This summer, after a tumultuous 2017 school year that began with Hurricane Maria, 265 of Puerto Rico’s 1,100 schools were closed due to dropping enrollment and education budget cuts.

The move destabilized the lives of thousands of children, who started the 2018 academic year in a different building with new teachers and, oftentimes, many challenges at home.

When in June parents learned that Luis Muñoz Rivera Elementary School, in the town of Mayemel, would shutter, they protested outside the facility for weeks.

By late July, confused parents still did not know which schools their kids would attend, how to get there or if services for special needs children would be available.

Schools in rural areas like Mayemel were the most likely to be shuttered in Puerto Rico’s downsizing. Such closures affect many of the same students who suffered most acutely from shortages of food, electricity, internet, clean water and other critical services for months after the storm. 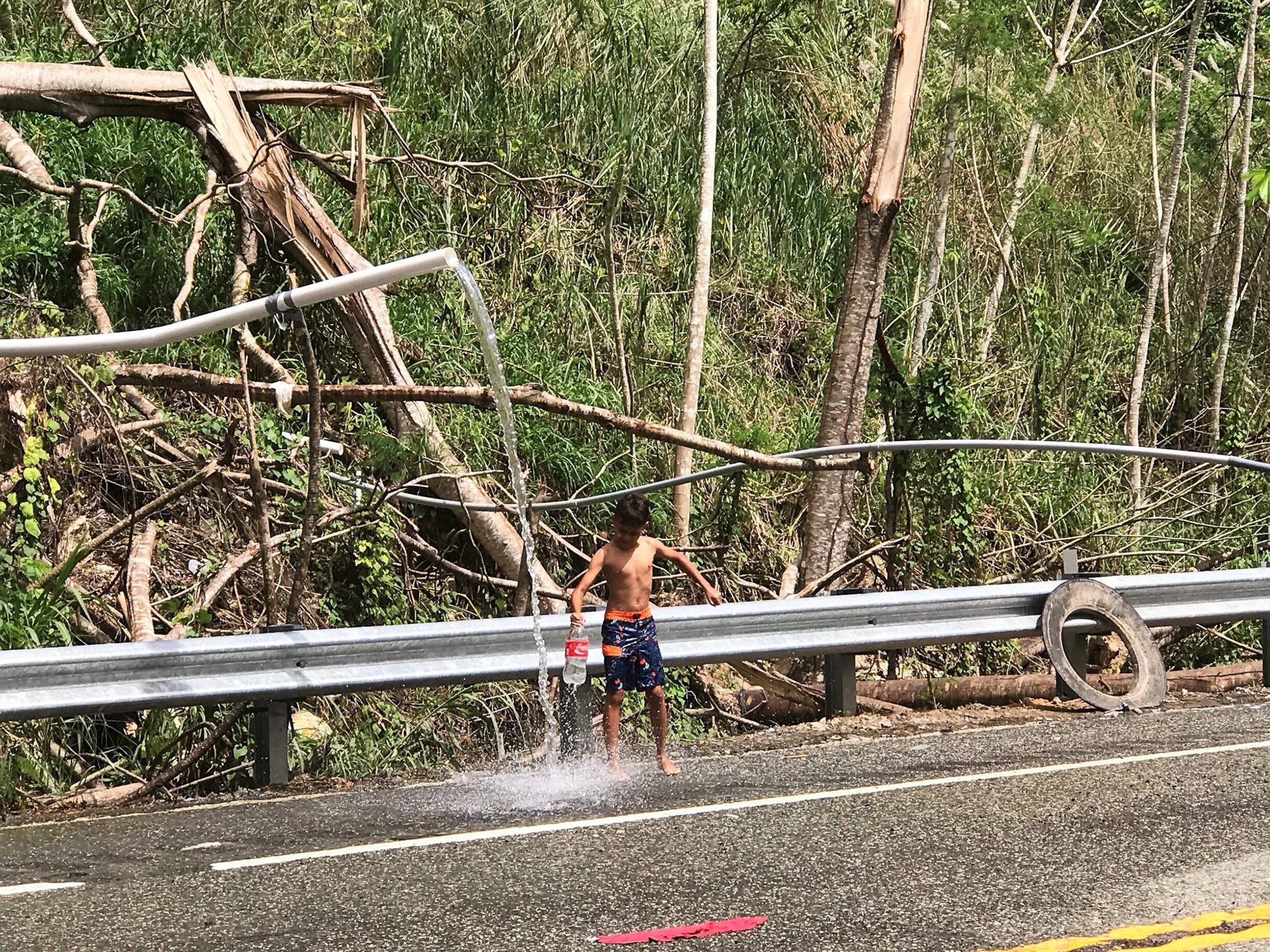 Based on research in New Orleans post-Katrina, this is cause for serious concern.

For some Puerto Rican children, Hurricane Maria was a prolonged crisis that exacerbated serious pre-existing problems like poverty, hunger or lack of stable housing.

According to the Census’ American Community Survey, 57 percent of Puerto Rican children live in poverty, versus just 21 percent of children on the mainland.

Now, some of these vulnerable kids have also lost their schools, which in New Orleans proved such a critical stabilizing factor.

School was not the only factor influencing children’s recovery after Katrina.

The New Orleans children most likely to land on their feet were those with employed and educated parents.

Such families were able to navigate the maze of multiple bureaucracies necessary to receive government assistance, insurance payouts, disaster aid, critical recovery information and the like. Their had strong social networks that could provide temporary housing and job opportunities.

There was a small group of less well-off children who survived the storm’s aftermath thanks to robust support from helpful teachers, counselors and shelter workers, well-funded schools, government relief programs and nonprofits like Habitat for Humanity.

Children in Puerto Rico are unlikely to benefit from such resources.

The island’s slow-moving financial crisis – which resulted in a May 2017 bankruptcy – had already forced the government to slash public services before Maria.

As a result, the island has ever fewer doctors, guidance counselors, sports leagues and programs like those that provided crucial recovery support to Katrina’s less well-off victims.

We fear many Puerto Rican children will see their life chances diminished by Hurricane Maria.

Those most at risk now are the youngsters who’ve experienced cumulative struggles: kids from poor and isolated communities that received little disaster assistance after Maria and where local schools have closed.

Lessons from Katrina tell us that, to recover from this acute trauma, such children will need well-funded public services and community support, both immediately after the storm and for years to come.

But the island’s development shows mixed outcomes and the coming years present a disconcerting financial situation.

Alice Fothergill is a professor of sociology at the University of Vermont.

Jenniffer Santos-Hernández is a research professor at the Centro de Investigaciones Sociales of the University of Puerto Rico, Rio Piedras.

Sistema Biobolsa began its operations developing and selling biogas systems in Latin America using organizational tools like spreadsheet software and note taking. But now the business has sold 3200 of its unique, low-cost technology and its operations are spread throughout Mexico, Central America and the Caribbean. As its size increased, the company’s piecemeal tools became clunky. The social enterprise needed to gather data and it also needed tools for customer...

How well does the vaccine work, what does it mean for bed nets and other malaria-prevention measures, and what is the status of other...