Promising Prototypes and Projects of 2013

In 2013 we saw hundreds of irrigation pump prototypes, power tool parts repurposed for medical devices, prostheses upgrades and lots of low-cost high-tech fixes for formerly intractable problems. Resources have streamed into the design space through foundations and crowdfunding. And with the generous donors, creative minds working in labs, unversities, start-ups and even out of the home have set up introduced a new set of technologies. These are some of the high-potential prototypes and promising projects that we covered. 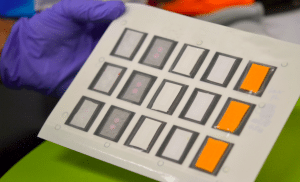 
In the near future, diagnostic tests for Kenyan dairy farms could be ultra cheap, printed onto paper sheets and delivered to farmers and milk processing plants.

Diagnostics for All (DFA), a US non-profit biotech firm, is designing tests for milk spoilage and for estrus in cows (to detect when the cow is in heat and ovulating). The tiny, coin-sized chips are made mostly from thin strips of paper printed with wax. They do not require electricity or the storage of liquid samples. And they are simple enough for farmers to read, or to read with a mobile device app.

These tests, and others like them that may someday follow, could potentially streamline the dairy industry in Kenya and other developing regions. They can also boost profits on family-owned farms. 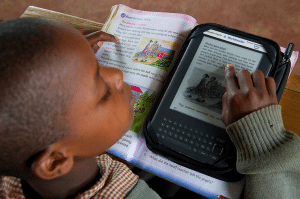 E-readers may be the future of books in African schools

Designers in our field often hammer home the point that the best technology is often the simplest one, but that may not be the case for reading devices. E-readers, namely Kindles, may beat the dead-tree reading devices known as books in schools in developing countries.

The US- and Spain-based Worldreader has shown that Kindles hold several advantages over books. They don’t require libraries, for example. Kindles drastically cut the storage and delivery costs of paper books. They also boost test scores among grade- school students, according to controlled study funded by USAID.

Unlike books, however, Kindles can suffer broken screens and they are at the mercy of the sometimes-unreliable energy access common in developing economies. Here is how Worldreader is overcoming those technological hurdles and escalating its operations to provide e-books to 1 million people by 2015. 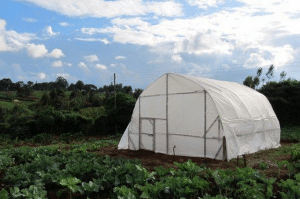 Most greenhouse designs are too big and too costly for small-holder farmers in developing countries. But if they had them, the farmers could grow crops year round with two-thirds of the water in two-thirds of the time. And they could expect to see 20 percent better yields, according to the Affordable Greenhouse Venture team at Pennsylvania State University in University Park, Penn.

In response, the team has developed a low-cost, modular greenhouse design. The design is the result of interviews farmers and agro-businesses, and a community of more than 2000 people in Kenya, Rwanda and Tanzania who tested prototypes. The team presented their design in March at the National Collegiate Inventors and Innovators Alliance’s Open Minds 2013 showcase held at the Smithsonian’s National Museum of American History in Washington, DC. 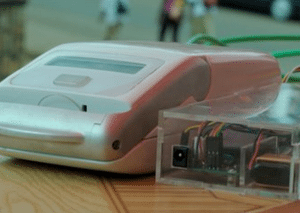 Results are in from a test run in Rwanda for a simple handheld device that diagnoses HIV and wirelessly updates patients’ medical records, and they look promising. The mChip device, which is the abbreviation of the mobile microfluidic chip for immunoassay on protein markers device, returned diagnoses with 100 percent specificity and 99% sensitivity, about as accurate as laboratory-based ELISA kits, according to Samuel Sia, a biomedical engineer who leads the project at Columbia University. 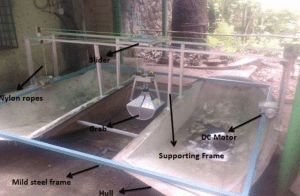 An unmanned, double-hulled boat fit with a motorized shovel may someday dredge lakes and waterways. Future evolutions of this robotic dredger prototype could also deepen lakes that have filled with waste or soil eroding off the slopes around them. Or they could remove invasive vegetation and gather underwater sediment for industrial projects, such as sand for concrete mixing.

The design expands the range of the shore-based dredgers used now to rehabilitate Powai Lake in Mumbai, which inspired the concept, say members of the design team of IIT Bombay. The device also aims for low cost and environmental friendliness, the team wrote in a presentation at the Gandhian Young Technological Innovation Awards based in Ahmedabad, Gujarat, India. 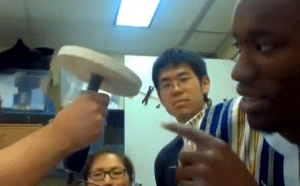 Low-budget engineering virtuosos at MIT have transformed a gear box from an electric drill into a hand-cranked centrifuge for clinical blood testing. The student team at MIT’s D-Lab designed the Coriolis hematocrit centrifuge to run without electricity as a durable and low-cost supplement to healthcare in the developing world. Their device featured as one of ten semi-finalists at the American Society of Mechanical Engineers’ Innovation Showcase. 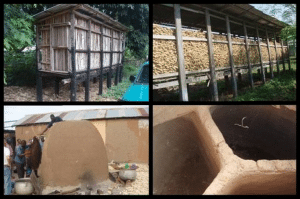 Mud brick and wood storehouses save grain after the harvest

After the harvest, anywhere from 10 to 40 percent of the rice, maize and other grains grown worldwide spoils or falls prey to insects, rodents and other pests. By curbing that loss, we will take a long step toward feeding the growing population. It does not make sense to increase crop production without stemming that post- harvest loss, says Sam McNeill, an associate professor of agricultural engineering at the University of Kentucky.

Since 2009, McNeill and his team have led workshops in Ghana and Nigeria to show how to improve storage facilities. Something as simple as the right grain silo can make a big difference. 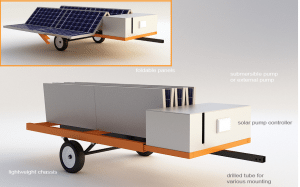 Solar irrigation pump prototypes have made a splash this year with two high-profile events. First, Paul Polak, the founder of International Development Enterprises (iDE) and a champion of low-cost farm technology, assembled a team of solar energy, systems and irrigation engineers to cut the cost of a two-kilowatt solar water pump by 80 percent. His SunWater project launched with an Indiegogo campaign in May.