Haitians see better health and lower costs when they use the “Luci” solar LED lamp, a new survey has found.

We like usage data on products. Whether the numbers show us that we’re doing it wrong or doing it right, this kind of information is fundamental. So we’re encouraged to see that a new solar light company that has broad international distribution has turned to a private research firm to learn about its impact. The study, a survey of households in Haiti, adds new evidence to claims that distributors have long held: Solar LEDs replace kerosene, save money, improve indoor air and increase safety and productivity. And good news for engineers, the respondents also suggested ways to improve the technology.

Two surveys, one door-to-door and the other by mobile phone, gathered responses from 102 rural Haitians who use the Luci inflatable solar lantern, manufactured by the US company MPOWERD Inc. MPOWERD has distributed 5000 lights in Haiti and 200,000 worldwide, 38,000 of which are in developing countries, the company told E4C.

In Haiti, the lights reduced the reliance on kerosene by 96 percent, the survey found. Ninety percent of the respondents reported a decline in breathing problems and eye irritation. Thirty percent reported higher productivity in the evening and 94 percent said that school children’s grades have been higher since using the lights, according to results from the GlobeScan Foundation, which led the study to measure MPOWERD’s impact in the region.

It has changed my life in a good way. There is no more smoke from the gas lamp which used to be bad for my health and stained my clothes. 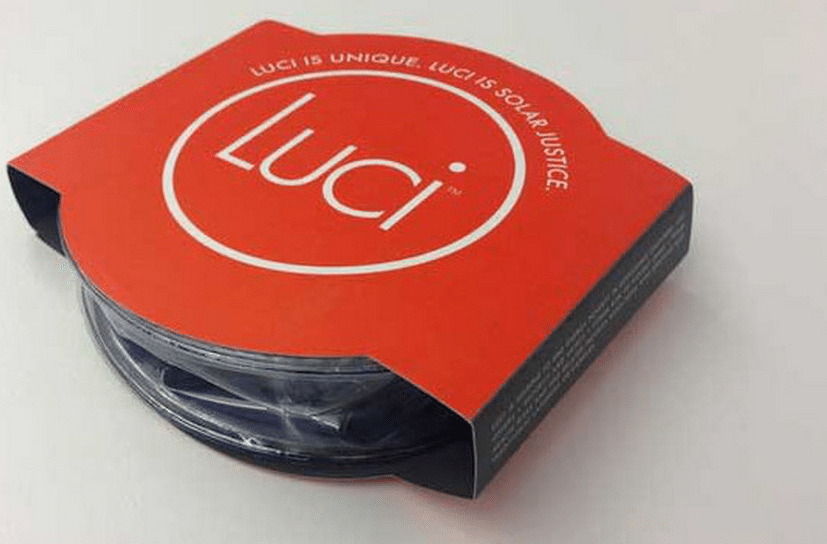 The lights don’t cost much – the suggested retail price is $14.99 in developing countries. So their cost appears to beat that of kerosene on the open market.

Kerosene use did not cease entirely and two-thirds of the respondents said that they still spend time gathering fuel and candles for light, even after using the solar LEDs. That may be because families use kerosene or similar fuels for cooking, says Jacques-Philippe Piverger, MPOWERD’s CEO and co-founder. The families may may also supplement a solar light with a kerosene lantern when they need it, Piverger says.

How accurate are the results?

We wondered how accurate the results might be given that people reported on their own experience and usage and air quality wasn’t measured directly. Interesting new monitoring technology is in development now that can measure things like how often people use cookstoves (for example) and how much exposure people have to air pollution, and early results show that self reports can conflict with actual measurements.

Globescan is aware of the problem and its survey design may compensate for misprepresentation, however.

“With a product like the Luci light, there is the potential for a dramatic change in the quality of life of recipients. And with that there is a chance that respondents could over-report the extent to which the product has changed their lives. The sample size, however, is large enough for us to feel confident in the results, and the survey was designed to impede any potential ‘framing effects’ that could bias answers,” says Melaina Vinski, a Globescan analyst.

We knew deep down that the impact was real

MPOWERD distributes lights in two different ways. It sells them to people who use them, both in developed and developing countries. And it sells them to charity-minded backers as gifts to pass around in impoverished communities, especially in disaster zones such as the Philippines following Typhoon Haiyan.

Incidentally, two experts that we spoke with agree that giving things away is great for marketing and bringing attention to a problem, but it can have the unintended consequence of hurting local industry. Kerosene sellers, for example, can lose business when a village receives free solar lights.

By trying both distribution models, MPOWERD may be doing something unusual in this field. And the company continues to experiment. The giveaway program is young, established in 2012, and the company plans to try different sales approaches, Piverger says.

“We will continue to evolve this [giveaway] program to best meet the needs of those in the developing world, with a particular focus on disaster relief. Our giving program and market-based efforts will complement each other,” Piverger says.

Luci, the light model distributed, delivers 80 lumens with 10 LEDs. It is waterproof, surrounded by a collapsible bag that is four inches high, five inches in diameter.

When asked how the lights could be improved, respondents suggested that they could shine brighter, last longer on a charge be more durable and double as a phone charger. Engineers may have a new project with those targets in mind.

The evidence is clear that the world remains on the worst-case-scenario, business-as-usual trajectory toward dangerous global warming well over 2°C (3.6°F). Society is expecting technology to solve the climate problem, but the only solution is leaving most of the known fossil carbon in the ground. Susan Krumdieck, a New Zealand-based engineering professor, outlines her work with Daniel Kenning, a UK-based sustainable energy engineer, on a new interdisciplinary practice called transition...