Wind Power for Guatemala Is Unplugged 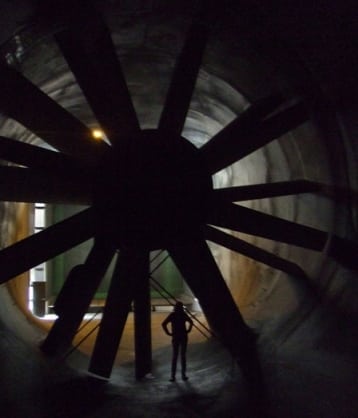 The idea seems solid: design a family-sized windmill that can charge batteries and power small gadgets. It makes especially good sense in Guatemala. Outside the country’s well-connected cities, as many as 70% of homes may have no electrical outlets and candles fend off the gloom. Family-sized windmills could brighten the blackout.

Catapult Design, a San Francisco-based engineering firm that develops products for the developing world, accepted the challenge. But so far, at least two hitches have stymied their project: materials and cost. Any windmill must be made out of parts that are available to factories in Guatemala, and the finished product cannot retail for more than $100.

Technology for the free market

“The general idea was to develop a more affordable solution that can be used more widely than hydroelectric power and is cheaper than PV,” said Steve Crowe, AIDG’s technology director, who lives outside Quetzaltenango, a city in Guatemala’s highlands. Hydro power was impractical for towns not built on a river bank, and photovoltaics too costly for some of the most impoverished families in the western hemisphere.

Crowe had a further stipulation: “For us to consider a technology successful, it has to stand up on its own in an open market.”

Based on those criteria, AIDG had attempted to build a windmill at the Xelateco factory, a business that it incubated in Quetzaltenango. The design, a small horizontal-axis wind turbine, proved too costly for a single family, yet it did not produce enough electricity for an entire community. So, AIDG turned to volunteer engineers to develop a baby-bear solution, a design that was not too big and not too expensive.

A machine that almost works

Catapult takes on tasks like Guatemala’s windmills, and squeezed the project in with its paid work last year. The Catapult team dreamed up and tested a machine that almost works. It’s a vertical-axis turbine in which blades turn around a pole that rises from a plywood base. The only thing missing is a way to generate electricity.

Last year, Catapult co-founders Heather Fleming and Tyler Valiquette traveled to Guatemala to test their design. They went empty-handed, with nothing but their luggage and the memory of their blueprints. After five days of scouring the city’s appliance shops and scrapyards for parts, they had their windmill.

In the end, they left AIDG with a prototype geared with a bicycle chain and a DC motor that produced about one watt. Their goal is a machine that produces about 10 to 15 watts and operates in gusty, 15-mph winds. AIDG made this short video of Catapult’s windmill experiment.

A problem for E4C

The Guatemala test showed them what parts and materials were available in the country and the cost of materials and labor. “Once we had that, we focused on performance,” Fleming said.

Meanwhile, NASA Ames Research Center in California’s Silicon Valley offered Catapult free time in a wind tunnel. That allowed Fleming and Valiquette to test blade designs and materials. They settled on a Savonius design, a vertical windmill with scoop-shaped blades. They experimented with blades fashioned from taut cloth and from plastic, and found that the cloth blades are cheaper but just as effective. They still need to link it to something.

The team posted their challenge to Engineering for Change’s site where members offered their expertise.

“We figured that if we shared it with E4C we would automatically open it up to a lot of engineers,” Fleming said. Then she cautioned, “The trouble is that people have lots of ideas, but the reality of what you can build in Guatemala is different from what you can build here.”

Once it is finished, Catapult plans to make the design freely available for use around the world. “We completely understand that one turbine will not fit all,” Fleming said. They plan to post their test results to help others tweak their designs. That way, Fleming said, “if someone, maybe in Kenya, wanted to build a turbine, they wouldn’t have to repeat our steps and they could adapt it to their needs.”

Pictures of the windmill’s odyssey in Guatemala and California are posted on our Flickr page. To help with the project, please contact Fleming and Valiquette at Catapult Design.

Dr. Venkat Natarajan’s Frugal Innovation Program is Intel’s answer to a lazy habit among multinational corporations of treating product design for developing countries as a second thought. Historically, when designing products for an under-served market, many companies simply stripped down the things they already sold in the West to lower their price. At Intel Labs in Bangalore, India, however, Natarajan leads a team of researchers developing technologies that meet Indian needs, and...