What if you could print a low-cost renewable power generator from the comfort of your home?

3D printing promises to unlock a more democratic access to renewable power generators, cheaply churning out parts to build wind and hydro turbines. The result is a generator built at a lower cost, removing one of the highest barriers to renewable energy. With the right tools and know-how, people can ‘print their electricity’ from the comfort of home. The practice could potentially end load shedding, electricity shortages and other issues experienced globally, especially in the Global South. With greater access to 3D printers, printed renewable energy generators could greatly improve the quality of life worldwide, reduce greenhouse gas emissions and meet other facets of the Sustainable Development Goals (SDGs) set by the United Nations.

The demand for electricity grows yearly. In 2021 there was a 6 percent increase in global demand, attributed perhaps to effects of climate change such as colder and warmer summers, and economic recovery. Increased demand persists in 2022. The 2022 mid-year report by the International Energy Agency suggests a 2.4 percent rise in global electricity demand, and the agency projects similar growth in 2023. The global response to the heightened demand appears to be a greater reliance on renewable energy. European countries are advancing their clean energy transition and reducing oil imports from Russia in reaction to the war between Russia and Ukraine. Solar electricity generation increased by 23 percent, and wind power increased by 14 percent in 2021, for a combined 10 percent of global electricity generation. This is the decade of wind and solar energy and a chance to cut global emissions, cut electricity costs and instability and increase performance.

To print wind power generators, the turbine blade is either modeled from the first principle, or CAD firmware is used to create 3D files. Then the CAD file is converted to the file (.stl) that the 3D printer understands. The 3D printer then creates the final 3D object, laying it down layer by layer. The same technology that has been used to print human organs, erect houses within one week, and even build structures in space can also manufacture wind turbines.

Biome Renewables, Canada, is one company that has demonstrated the concept, showing how 3D-printed wind turbine accessories can increase efficiency and annual energy production. See the structures in the center of the blades in the photo below. 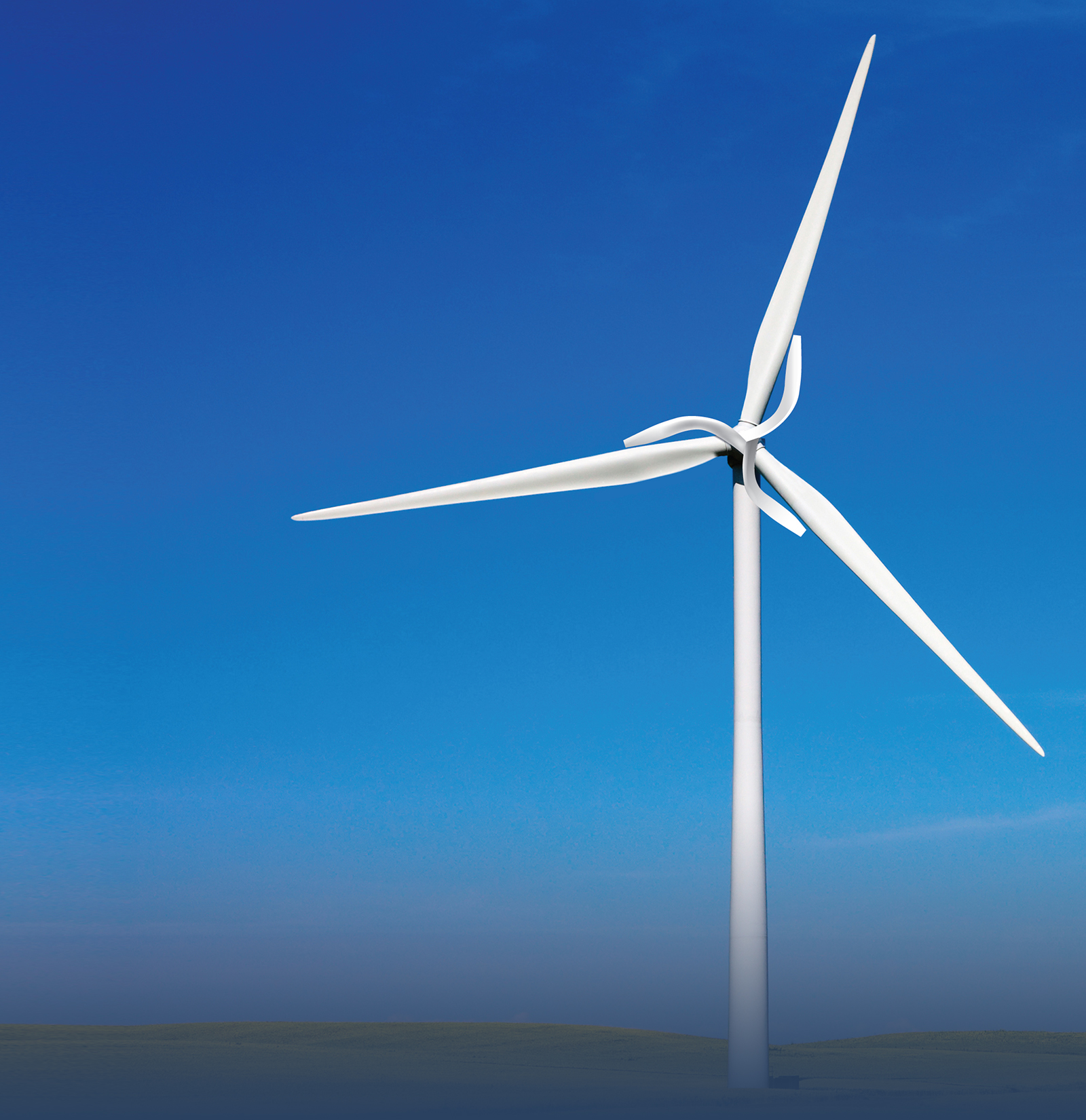 This PowerCone retrofit for wind turbines is made with 3D printers. Photo used with permission from Biome Renewables.Biome Renewables’ PowerCone redirect airflow into the blades to solve a problem called root leakage. Root leakage draws air away from the blades and creates turbulence, an inefficiency that results in lower power generation. The PowerCone addresses the problem by directing wind smoothly across the blades. The retrofit provides 10 percent to 13 percent increased AEP and reduces noise and loads with smooth incoming gusts.

3D printers can print most of the critical components of a hydroturbine at an affordable rate. Major components include a propeller made from a composite that can be easily printed. The same goes for the diffuser, which is plastic and tubular, and the propeller socket.

What is the environmental implication? A 5kW hydro turbine produces 30,000kWh per year, equivalent to about 12,000 liters of diesel per year that would be burnt in a comparable diesel power generator. That is about 34,000 kg of carbon dioxide that does not enter the atmosphere.

The cost of 3D printers is plummeting and they are becoming more user-friendly. As the technology matures, it is increasingly realistic to view printers as the piece that has been missing from plans to meet the world’s electricity needs, especially in underserved communities and low- and middle-income countries with pressing electricity challenges. 3D printers reduce manufacturing time, cut the cost of manufacture, and they can improve the final turbine’s resultant efficiency.

Newer models of 3D printers now output different kinds of materials as the filament. They can print metals and composites, ceramics and other materials. New models also come with ready-made free versions of printable devices and parts. As a result, users can easily print hydroturbines, wind turbines, even solar and other renewable energy components and equipment.

Dr. Kingsley Ukoba was an E4C Fellow in 2022 with a doctorate in mechanical engineering from University of KwaZulu-Natal in Glenwood, Durban, South Africa. He is also a UNEP African Assessment Report Author and African Renaissance doctoral fellow alumnus (World Academy of Science (TWAS/NRF).

Editor’s note: From GravityLight to NowLight, a startup has overhauled its Internet-famous gravity-powered light. The result is a pivot in design and business model spurred by changing technology and user research. NowLight is what happened after rounds of iterative prototyping in response to market needs and improvements in solar and mobile technologies. In 2009, a nascent industry had sprung up manufacturing and distributing small solar lanterns to serve the two out...