An inside look at a new documentary on extremely affordable design

Updated Dec. 11, 2013 – For six months, the documentary film maker Ralph King followed three student designers working on devices that could have life-changing impact in developing countries. The result, a one-hour film called Extreme by Design, airs Dec. 11th on the US public TV channel PBS, and it will stream on PBS.org for a week after broadcast.

In the interim, King is leading private screenings around the country, and he is also developing an educational workshop for 6th to 12th grade students. See the trailer here. 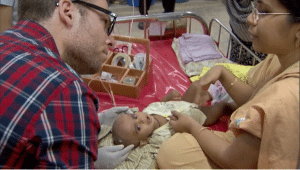 The documentary features students in a Stanford University course, Design for Extreme Affordability . During the course, the students design, build and finally field test their inventions in the communities that could use them.

The devices include a container for safely storing drinking water in an Indonesian community, an IV infusion pump and a breathing apparatus to treat babies with pneumonia in Bangladesh. They cost little and, if designed well, should work in areas where reliable electricity and replacement parts are sometimes scarce. 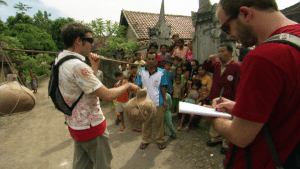 The student inventors apply the principles of design thinking, the evolution of a product that starts with recognizing a problem and ends with testing a prototype that could solve it. The process is a powerful problem-solving tool, and King would like to share it.

To do that, he and experts at Stanford d.school (the Hasso Plattner Institute of Design) developed a two- hour workshop centered on the documentary called Watch+Design. The workshop introduces design thinking, presents the students with challenges to solve then shows how the inventors in the documentary solved their own challenges.

“When you’re watching the film, you’re watching it as a designer, not just someone who is being entertained, because you have a design challenge to meet in the workshop,” King says.

The workshop luanched among middle and high schools in the San Francisco area, and future versions could be adapted for college programs, King says.

A spark for future innovators 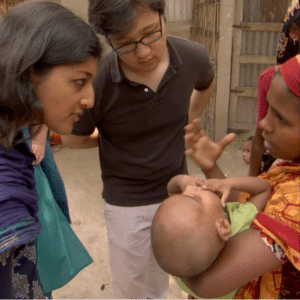 “I consider people that see themselves as social entrepreneurs and innovators as heroes. We as a race are in such a deep hole. So many films have described the hole, and I want to describe how to get out of the hole,” King says.

King began his career as a journalist and received two Pulitzer Prize nominations for his work at the Wall Street Journal. A film, All the President’s Men, inspired him to take his career path.

“And I’m hoping that this film [Extreme by Design] is a spark for future innovators and engineers with a conscience,” King says.

Design features prominently at TED, but we combed through the dozens of interesting presentations to highlight ten talks that lean toward humanitarianism This is a snapshot of the world of design and engineering for global development as seen through the eyes of ten leaders in the field. Here you can see technologies that could change people’s lives, such as clean-burning charcoal made from agricultural waste, low-cost eyeglasses and prostheses, a...