Artificial coastlines crafted from floating sea bags have emerged as a plan for cleaning up plastic trash in the ocean. Over the last few decades, millions of tons of plastic have wound up in our oceans. It’s easy to see how the amount can add up considering the global production of plastic stands at around 288 million tons per year, and as much as 10 percent of that finds it way to the ocean.

Boyan Slat is developing an innovative plastic-cleaning plan to curb the problem. Mr. Slat conceived of the idea as part of a school science project when he was 17 years old, and it is now coming to life through prototype tests at Marin Wageningen, the Maritime Research Institute of the Netherlands. 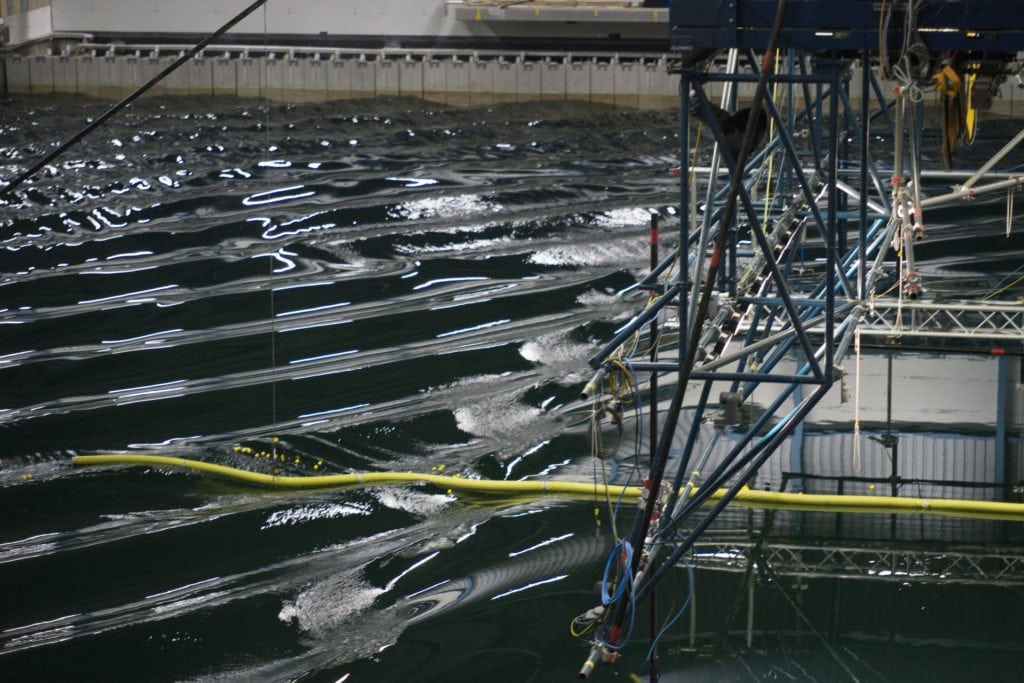 3D model tests at Marin Wageningen, the Maritime Research Institute of the Netherlands. Photo by The Ocean Cleanup

The plan, called The Ocean Cleanup, is to float an array of barriers anchored to the sea bed. The floating barriers would catch debris on the ocean’s surface and force it to move along the barriers toward a platform where it would be extracted. The plastic waste that is collected is then recycled. The ocean current could continue to pass underneath the barriers unimpeded so that the structure would not interfere with sea life.

The floating arrays will have to withstand waves, storms and brushes with large sea creatures. Computer models tested the devices under the harshest weather conditions recorded so far. In simulations the system was able to maximize plastic cleanup under normal conditions and withstand extreme storms.

Slat has assembled a global team of 100 people (many of which are volunteers). The first feasibility study took place within the North Atlantic Garbage Patch, where the platform is destined to be built. In June, Slat re-emerged with a 530-page feasibility report, the cover of which was brilliantly made out of recycled ocean plastic. Seventy scientists and engineers authored the report, and subsequently answered many of the questions that critics posed to Slat before the project was underway. Due to Slat’s success, a crowd-funding campaign swiftly met its target of £2 million. The funding has made room for a larger platform that Slat hopes will be running by 2020.

Their story is one that continues day by day. For updates on their progress please visit www.theoceancleanup.com.

Projects such as these are what keeps the world afloat. If more like-minded people joined together to develop such ideas, our planet’s road to recovery would draw closer every day. 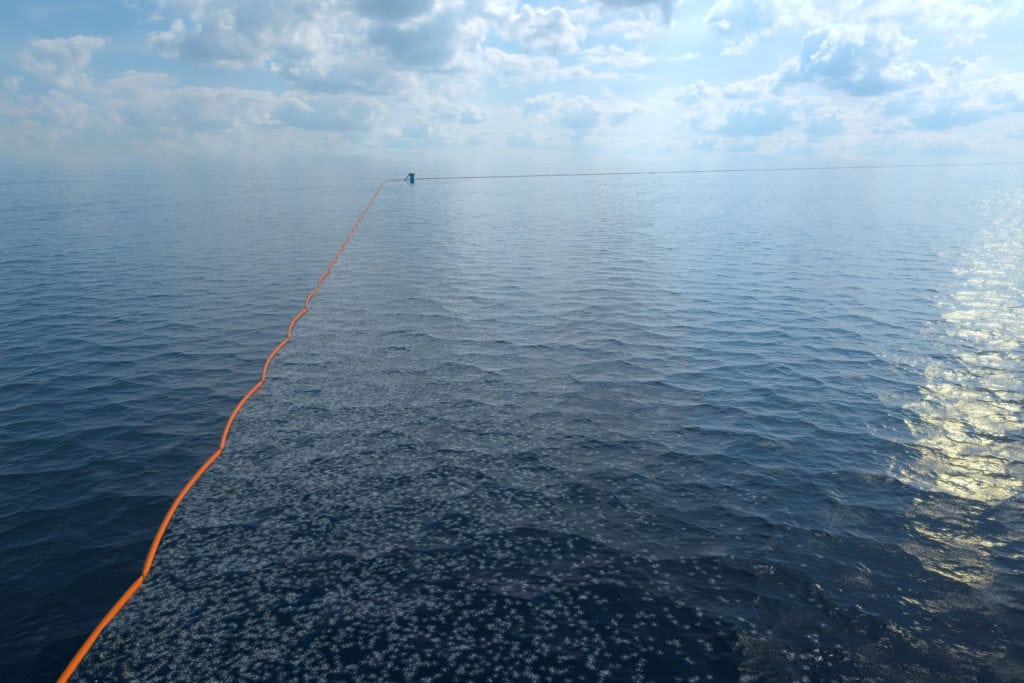 The Impact.Engineered event recently took place in the heart of Brooklyn, New York at the NYU Tandon School of Engineering. Individuals from the United Nations, ASME Foundation, Engineering for Change, Inveneo, and many other international organizations joined together to uncover significant and futuristic ways the engineering field that will surely “shake things up”. The event was led by Paul Scott, Director of ASME Foundation, Iana Aranda, President of Engineering for...