Climate change will affect every aspect of our lives – including the buildings we live and work in. Most people in the US, for example, spend about 90 percent of their time indoors. Climate change is fundamentally altering the environmental conditions in which these buildings are designed to function.

Architects and engineers design buildings and other structures, like bridges, to operate within the parameters of the local climate. They’re built using materials and following design standards that can withstand the range of temperatures, rainfall, snow and wind that are expected, plus any geological issues such as earthquakes, subsidence and ground water levels.

When any of those parameters are exceeded, chances are some aspect of the building will fail. If there are high winds, some roof tiles may be ripped off. If, after days of heavy rain, the water table rises, the basement might flood. This is normal, and these problems cannot be designed out entirely. After the event has passed, the damage can be repaired and additional measures can reduce the risk of it happening again.

But climate change will breed conditions where these parameters are exceeded more often and to a far greater degree. Some changes, like higher average air temperatures and humidity, will become permanent. What were previously considered once in a century floods may become a regular occurrence.

Some of these impacts are fairly obvious. Houses will be more prone to overheating, putting the lives of residents at risk, which is what has happened during the recent “heat dome” over North America. Flooding will happen more often and inundate greater areas, to the point that some places might have to be abandoned. The village of Fairbourne in Wales has already been identified as a likely candidate. Failure to act on both of these threats in the UK was highlighted in a recent report by the Climate Change Committee.

To some extent, these impacts will be localised and containable, with fairly simple remedies. For example, overheating can be reduced by shading windows with awnings or blinds, good insulation, and ample ventilation. Perhaps more worrying are the insidious effects of climate change which gradually undermine the core functions of a building in less obvious ways. 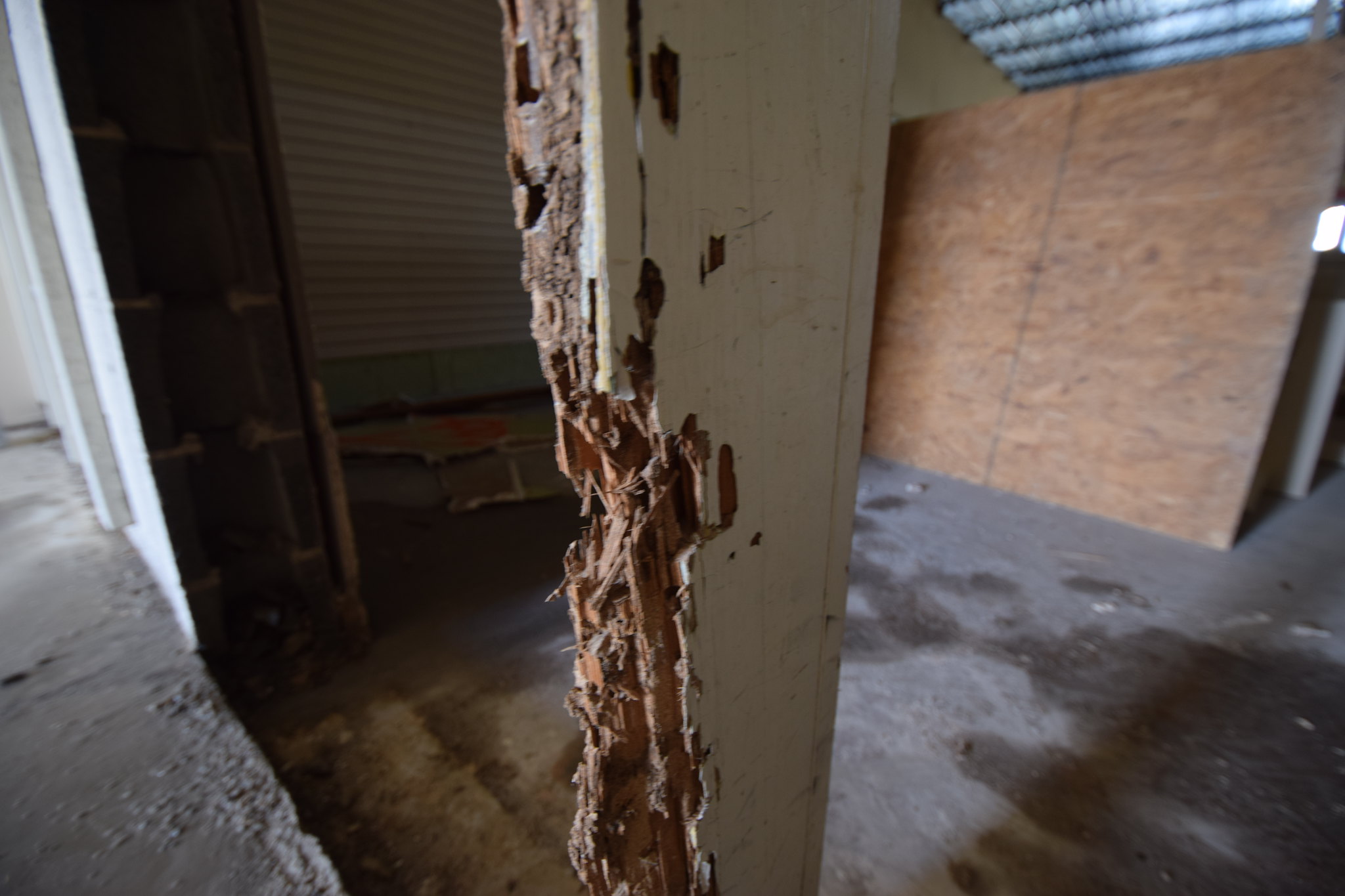 Termites and the damage they do to structures like this one are moving into new areas as the climate changes. Photo: Austin Villages (CC BY-ND 2.0)

More intense wind and rain will cause external cladding to deteriorate more rapidly and leak more often. Higher temperatures will expand the regions where some insects can live. That includes timber-eating termites that can cause major structural damage, or malaria-carrying mosquitoes which living spaces must be redesigned to protect us from.

Materials expand as they get hotter, especially metals, which can cause them to buckle once their designed tolerance is exceeded. For one skyscraper in Shenzhen, China, high temperatures were partially blamed for causing the structure to shake, forcing its evacuation, as the steel frame stretched in the heat. Extreme temperatures can even cause materials to melt, resulting in roads “bleeding” as the surface layer of bitumen softens.

Subsidence – when the ground below a structure gives way, causing it to crack or collapse – is also expected to happen more often in a warmer world. Buildings with foundations in clay soils are particularly vulnerable, as the soils swell when they absorb water, then harden and shrink as they dry out. Changing rainfall patterns will exacerbate this. Over the next 50 years, for example, more than 10 percent of properties in Britain will be affected by subsidence. 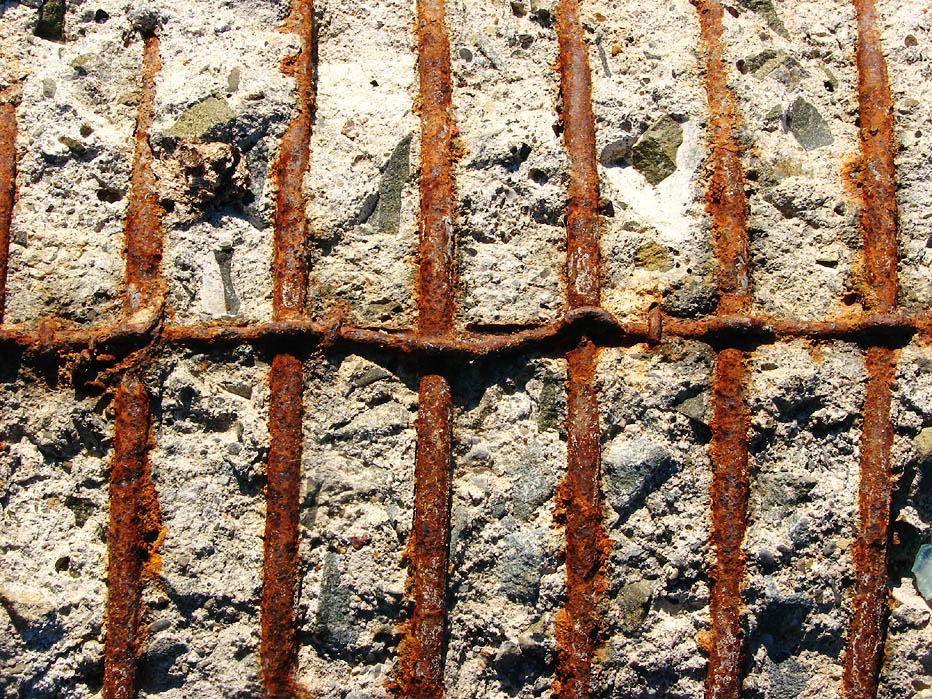 Perhaps the biggest concern is how climate change will affect reinforced concrete, one of the most widely used materials on Earth. Used in everything from skyscrapers and bridges to the lintels above windows in homes, reinforced concrete is made by placing steel rods within a mould and pouring wet concrete in. Once dry, this produces incredibly strong structures.

But a warmer wetter climate will play havoc with the durability of this material. When the steel inside the concrete gets wet it rusts and expands, cracking the concrete and weakening the structure in a process sometimes referred to as “concrete cancer”.

Buildings in coastal areas are especially susceptible as the chloride in salt water accelerates rusting. Rising sea levels will raise the water table and make it saltier, affecting building foundations, while salt-spray will spread further on stronger winds.

At the same time, the concrete is affected by carbonation, a process where carbon dioxide from the air reacts with the cement to form a different chemical element, calcium carbonate. This lowers the pH of the concrete, making the steel even more prone to corrosion. Since the 1950s, global CO₂ levels have increased from about 300 parts per million in the atmosphere to well over 400. More CO₂ means more carbonation.

The tragic recent collapse of an apartment building in Miami in the US may be an early warning of this process gaining speed. While the exact cause of the collapse is still being investigated, some are suggesting it might be linked to climate change.

The local mayor, Charles Burkett, summed up the bewilderment many felt: “It just doesn’t happen. You don’t see buildings falling down in America.”

Whether or not the link to climate change proves to be true, it is nevertheless a wake up call to the fragility of our buildings. It should also be seen as a clear demonstration of a critical point: wealth does not protect against the effects of climate change. Rich nations have the financial clout to adapt more rapidly and to mitigate these impacts, but they can’t stop them at the border. Climate change is indiscriminate. Buildings are vulnerable to these impacts no matter where in the world they are, and if anything, the modern buildings of developed countries have more things in them that can go wrong than simpler traditional structures.

The only option is to begin adapting buildings to meet the changing parameters in which they are operating. The sooner we begin retrofitting existing buildings and constructing new ones that can withstand climate change, the better.

Ran Boydell is a Visiting Lecturer in Sustainable Development at Heriot-Watt University in Edinburg, Scotland.

Water was the theme among the winners of the US division of the American Society of Mechanical Engineers (ASME) Innovation Showcase (ISHOW) 2022. Innovations in hydropower, rainwater harvesting and a portable shower for underserved communities won the third and final regional ISHOW competition of the year. The winners will share (USD) $30,000 in seed grants and receive technical support to help bring their innovations to market. To  get here, the...