A house in western New York during the ‘Snowvember’ snowstorm of 2014. Photo: Duane Warren (CC BY-ND)

As the Climate Changes, Architects and Engineers Need to Design Buildings Differently

In the past seven years, four major disasters have caused serious disruptions in the Northeast and Midwest United States. Hurricane Sandy slammed into New York City in 2012, inflicting nearly US$11 billion in damage to buildings. In 2014, a storm dubbed “Snowvember” dropped more than seven feet of snow in western New York. Three years later, historic flooding along Lake Ontario inundated numerous homes and businesses. And severe storms in the Susquehanna River watershed in 2018 caused more than $1 billion in damage.

As Earth’s climate changes, the frequency, intensity and duration of these extreme weather events is expected to increase. At the University at Buffalo, I lead a laboratory that studies climate change and buildings. Our research shows that the U.S. building stock may not be prepared for future climate-related storms and flooding.

Another challenge is that buildings consume a lot of energy, which accelerates climate change. Organizations like Architecture 2030, a professional alliance that promotes sustainable design, point out that buildings contribute nearly 40 percent of global greenhouse gas emissions, and are an important target for carbon reduction programs.

To this end, our lab focuses on the intersection of energy efficiency, renewable energy and adaptation to climate change. We recently completed a multi-year study outlining how climate change is affecting New York State’s building sector and potential strategies to adapt buildings to a changing climate. Encouragingly, we found that Americans can protect themselves from extreme weather and reduce buildings’ contribution to climate change at the same time. 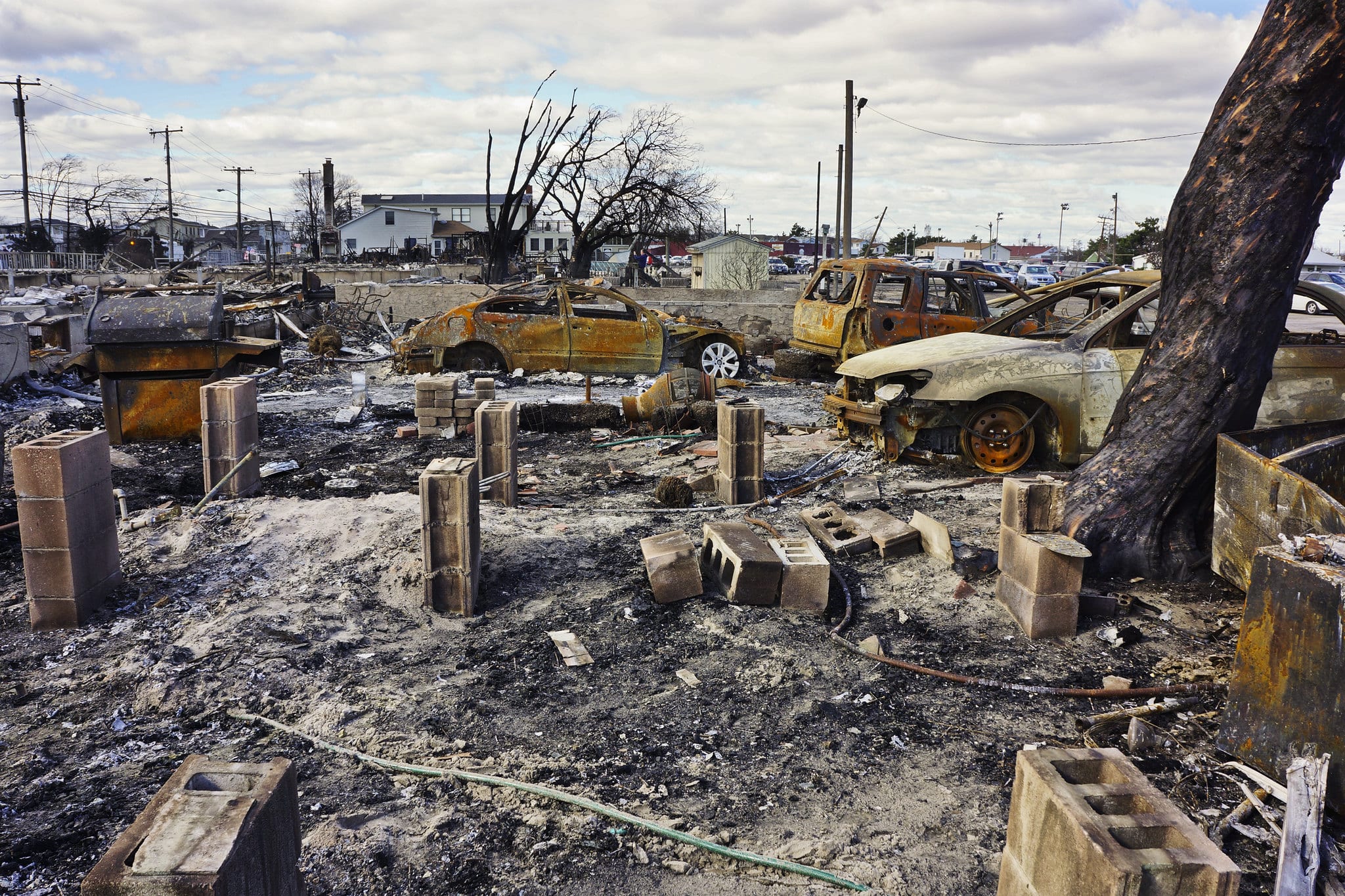 Hurricanes were the costliest events to hit New York state in the past half-century, accounting for $25.7 billion in damage from 1960 through 2014. A large portion of that total was attributable to Hurricane Sandy.

Flooding ranked second in total damage. In addition, from 1960 through 2014, every county in New York suffered at least one flood that caused damage to buildings. Floods also caused the highest per-event property damage and a higher-than-expected share of damage costs.

Our data also showed that severe storms were the most frequent event, but accounted for only 16.8 percent of total damage statewide. Winter storms were the most economically significant hazard event in the regions surrounding Lakes Ontario and Erie, causing the highest per-event property damage in places like Rochester and Buffalo.

Climate-related disasters disproportionately hurt rural regions. These areas may lack the human and financial resources to prepare for or to recover from storms.

We also examined other climate-related hazards like pest infestations, extreme heat, sea level rise and wildfires. It was difficult to assess their economic impacts due to a lack of reliable data. However, research shows that these hazards could have serious financial implications for the built environment in a climate-altered future.

Our most important finding was that climate-related disasters disproportionately hurt regions that lacked large cities, such as the Adirondacks and New York state’s Southern Tier across its border with Pennsylvania. These rural zones may lack the human and financial resources to prepare for or to recover from storms.

We interviewed more than 40 architects, engineers, planners and government officials in the northeastern United States to understand how they were preparing. The majority of building-related professionals assumed that future weather conditions would resemble the past. But trends in the data show that this is not the case.

In our opinion, architects and engineers will need to reevaluate their standard practices for designing, constructing and operating buildings. This can reduce the negative impacts of climate-related hazards like hurricanes, flooding and heat waves.

Building-related professionals assumed that future weather conditions would resemble the past. But trends in the data show this is not the case.

For example, after Hurricane Sandy the Federal Emergency Management Agency sent a team to New York and New Jersey to evaluate building damage and recommend changes to engineering codes and standards to minimize future damage. One of their recommendations – elevating buildings above the base flood elevation – has been incorporated into the New York City Climate Resiliency Design Guidelines.

Raising the first floor of a building isn’t the only way to protect it from high water. Another strategy that is being incorporated into buildings across New York state is wet floodproofing, an approach that allows floodwater to enter a structure without causing damage. This requires firmly anchoring a building to the ground, using flood-resistant materials in areas that will be underwater, protecting mechanical and utility equipment and using openings to let floodwater escape.

Although hurricanes and flooding cause significant damage to structures, we can’t ignore the human impacts. Heat waves kill more than 600 people every year in the United States. Often these deaths are associated with power losses that shut off critical air-conditioning systems. Rethinking the design of building walls and roofs to protect occupants – an approach called “passive survivability” – can help maintain critical life-support conditions during an extreme heat event.

Rethinking the design of building walls and roofs to protect occupants can help maintain life-support conditions during extreme heat events.

These resilience strategies can easily be applied to new buildings. They should also be considered as retrofits for existing buildings where people may shelter in place during extreme weather, such as community centers.

How will architects and builders respond?

Our Climate Resilience Strategies for Buildings in New York State report builds on other documents from green building organizations that focus on preparing for extreme weather events. Still, many questions remain – for example, how to find the resources to prepare existing buildings for climate change, how to prioritize investments and how to train future architects and engineers to tackle this important issue.

At the University at Buffalo, we have offered several design studios that explored how building designs must change. This experience has helped prepare future architects for a reality that may reshape their careers.

But research and teaching alone won’t solve the problem. Professional architecture and engineering organizations need to modify policies that don’t currently reflect the realities of climate change. They can accomplish this by changing their sample contract documents, rating systems and design standards to propel the field forward. Leadership from the professions can help convert recent research on climate change and the building sector into badly needed action.