Andy Armstrong, the author and mechanical engineer working with the non-profit Neonatal Rescue, has helped his design team pivot from ventilators for newborns to ventilators for adults. The change was a response to ventilator shortages during the COVID-19 pandemic. Photo: Nate Edwards/BYU © BYU All Rights Reserved (used with permission)

Mechanical ventilators in medicine date back to the early 1800s, but even after decades of design evolution, there is ample room for improvement. Over the past two years, I have worked for a non-profit called NeoNatal Rescue, designing and manufacturing a low-cost, portable and easy-to-use ventilator for newborns. Our ventilator was made to work in small hospitals or clinics in the developing world. Our device was in the middle of a regulatory review by the US Food and Drug Administration when the COVID-19 outbreak struck. The pandemic created the need for adult-sized ventilators. We decided that we were uniquely qualified for the work. We pivoted our research and set out to build a cheap, reliable, easy-to-use ventilator for adults. We teamed up with ATL, a local engineering and manufacturing company, to rapidly develop a machine that we would feel confident in sending to hospitals to help fight the pandemic.

Designing a ventilator in these circumstances was a daunting task. The infant ventilators underwent four years of designing, experimenting, and safety testing before they were ready for FDA review. In the current situations, we needed to design a ventilator for an entirely different setting as soon as possible. On June 17th after nearly three months of hard work, the AdultLife Basic and AdultLife Pro Ventilators received emergency use authorization from the FDA. 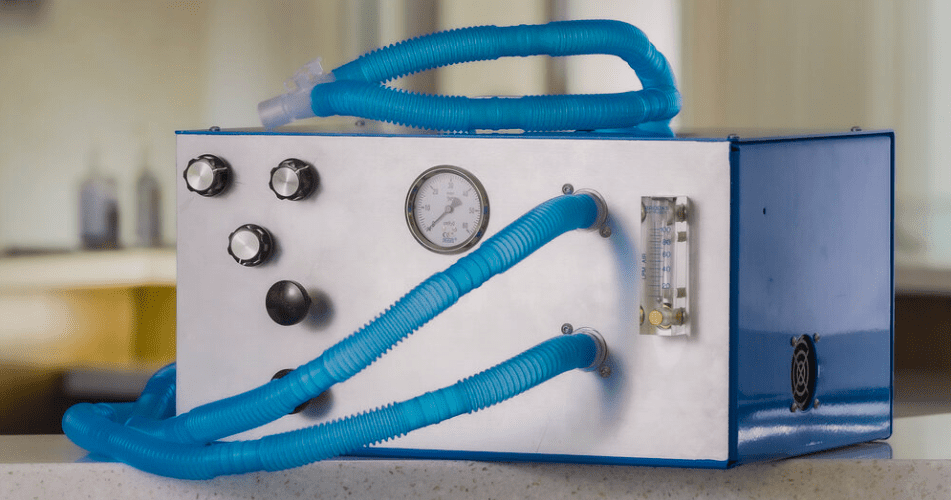 The design of the AdultLife ventilator was inspired by the NeoLife Ventilator, which NeoNatal Rescue had been working on for four years. The Adult Life Ventilator is pressure controlled with an internal pump and internal battery. Those features allow the device to be completely self-contained, which will be useful for deployment in less-than-ideal conditions such as temporary hospital beds, hotel rooms, medical tents, and so on. Aside from an internal computer and remote-control capability, the device has all the functions of ventilators already on the market, but ours costs a fraction of the price.

Why make a new ventilator?

Our ventilator has several advantages compared to current technology.

The AdultLife Ventilator received approval recently, so we just started ramping up production. Working with ATL Technologies, we expect to produce and ship an initial batch of 500 in 4-6 weeks. Afterward, we plan to ramp up to several thousand, maybe up to 10,000, per month, depending on demand.

Lessons learned in the design process

While the product development process can be the same regardless of project scale or timeline, a compressed timeline will add new challenges and shift priorities. Being able to respond quickly to unforeseen events is important, but doing so well can present many challenges to design teams. Here are some lessons I learned from working on a high-fidelity design project in such a short period of time.

Most products have to comply with some sort of industry standards. Understanding all applicable standards, performance measures, and internal requirements is key to keeping the project on track. These design requirements should be used and revisited throughout the entire design process to ensure time is not wasted on solutions that don’t meet regulatory requirements.

Keep Several Steps Ahead to Manage Lead and Delivery Times

I learned the hard way how important it is to order parts and have back-up solutions long before they are needed. It was also important that every part selected for the design could be produced in the quantities and times needed. Some parts that would be ideal in other circumstances had to be scrapped due to long lead times or availability issues. Considering the lead times and supply chain constraints in every decision helped prevent massive issues later on.

At the beginning of the project we thought that designing an adult sized ventilator would be as simple as adding a larger pump to our existing neonatal design. We were surprised when the larger pump ended up requiring drastic re-designs of our printed circuit board, air pathway, cooling system, safety features, and part layout. After that initial change we made sure to consider how any additional change affects every other subsystem of the ventilator.

There were disagreements on nearly every design decision we made. At first, I was frustrated trying to navigate all the conflicting opinions, but we quickly learned as a design team that these disagreements lead to better discussions about the impact that each choice would have on key performance measures. This also encouraged everyone to justify their decisions with analytical or experimental data. Because members of the design team had different opinions, it forced us to make decisions based on data instead of general consensus. This was invaluable in creating the best design possible.

If Possible, Get Multiple Opinions on Every Level of Expertise

We were lucky enough to work with multiple doctors and respiratory therapists as we developed the AdultLife Ventilator. Although each person we worked with was fully qualified, everyone had different perspectives that helped refine our design. It would have been easy to stop after talking to one well-qualified doctor, but each additional voice gave invaluable insight. We were also fortunate to have a design team that included individuals experienced in circuitry design, fluid dynamics, mechanical design, quality control, manufacturing, and medical device design. The diversity of skills and expertise was an immense asset.

With so much urgency to complete our design and perform safety testing necessary for regulatory approval, it was tempting to rush through experiments. However, when we did this we found ourselves having to repeat experiments and correct errors. This cost us time in the long run. Instead, we were more efficient by taking our time and reading every step of each protocol multiple times before performing tests or recording data. Double and triple-checking frequently was tedious, but it’s what allowed our experiments to add value and determine the safety and performance of the device with sufficient certainty.

By the time we had reached our final design, nearly every single part had undergone three to four changes. If you counted up every experiment and iteration of the design the number would be well past 50. To go through this many design changes and still have time to perform verification testing, we performed several simple experiments every day. This allowed us to move through options quickly and make rapid progress while ensuring that each subsequent change wouldn’t be detrimental to the overall system performance.

Designing the AdultLife Ventilator was a group effort between engineers in multiple locations, vendors, medical consultants, and regulatory personnel. Constant well-organized communication was very important for both internal and external communication. Sharing information and touching base prevented tasks from falling through cracks or requiring re-dos. It helped ensure that decisions were made with the proper input from all involved parties. Quick responses prevented time wasted waiting for instructions. Good communication skills proved to be just as important.

I am grateful to have worked with many capable and experienced individuals in designing the AdultLife Ventilator. Designing a high-fidelity product in such a short period of time was a challenging but rewarding experience. Hopefully, these design principles will prove useful for review the next time you are designing under extenuating circumstances. Designers have the tools to make the world a better place, but only if we are prepared to respond in any circumstance.

If you wish to help NeoNatal Rescue provide ventilators to places that can’t afford them, you can donate fully tax-deductable at uigiving.org/donate.

A version of this article was first published in BYU Design Review. See: 8 Lessons Learned Designing a COVID-19 Response Ventilator.

The Potential Role of Nanotechnology in Water Treatment in Developing Countries

A lack of clean water infrastructure may be an opportunity to leap over traditional systems and embrace the leading edge of nanotechnology. Developing countries are among those most at-risk for water insecurity. As climate change progresses, fresh water and our ability to access it becomes less certain. This is an even more significant issue in areas where there is not sufficient government infrastructure to supply citizens with fresh water as...