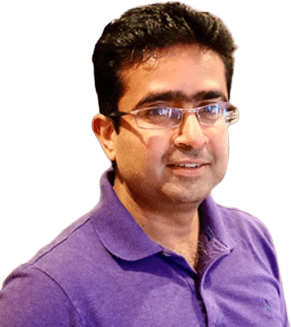 2018 was a transformative year for Husk Power Systems, the decentralized energy supplier in rural India and Tanzania. At the outset, Husk’s CEO Manoj negotiated a $20 million investment round headed by Shell Technology Ventures, Swedish development finance institution Swedfund International, and the French energy company ENGIE’s impact investment fund. Mr. Sinha projected a build out of 300 power plants by the year 2022, most in India and up to 75 in Tanzania. Instead. the company began with a contraction of its plants, shuttering the older models that ran on one fuel only: rice husks.

Husk launched in 2008 as an energy provider that built and operated rice husk gasifiers in rural India. Right about that same time, the cost of solar power was plummeting. It soon became cheaper than a gasifier. But Husk retained the advantage of providing on-demand power when the sun was not available. So, the company diversified its power sources and began to build hybrid solar-plus-gasifier plants. The plants provide cheap solar power when the sun is out and switch to gasifier power at night and on cloudy days.

The system does not need batteries to store solar power, which is one of the most expensive parts of a solar power system. Instead, the gasifiers take up the slack. They are powered by rice husks and corn cobs, which are more prevalent than rice in Tanzania, that come from the farm lands surrounding Husk’s rural plants.

At the start of 2018, Husk operated 75 sites in India and five in Tanzania, producing a collective total of 2MW of power. Since that time, the company has consolidated its hardware, closing the plants that were only gasifiers and building more solar/gasifier hybrids. Now, Husk operates 40 hybrid plants in India and three in Tanzania, yet they also produce a total of about 2MW of electricity. The goal, Mr. Sinha says, is to provide 5MW by the close of 2019, and 30MW by 2022.

E4C: Besides building hybrid plants, what other upgrades have you introduced in the last year?

MS: We have not added anything new from a power generation perspective, but we have a better management program. Remote management and monitoring of the assets.

All the data a plant is generating, and that a customer is consuming or if there’s a fault in the distribution network — we are able to capture those data points and take action remotely through the software we have in place. Suppose it is raining in the day time. We wouldn’t have sufficient power to generate in the daytime, so we can turn on the biomass generation. Earlier, we had to call the operator to manually switch the systems, now it can be done remotely.

E4C: You emphasize the productive use of the power your minigrids supply. Have customers made new use of power in the last year?

MS: India’s economy is growing and there’s a lot of construction. We see people adding new machines, for example they have electric saws for cutting wood. Many things on the productive side are coming on line because of the availability of power 24/7.

E4C: Would you explain your strategy that led to last year’s $20 million investment round? How did you lay the groundwork for it?

MS: We did fundraising based on showing evidence that there is a sufficient market for what we are providing. That was one. And we developed this remote management platform. These were the two things that attracted these investors. There will be a need for renewable power mostly in Asia and Africa, and how to solve it in the fastest, most capital-efficient way, and have technology that can be relied upon to meet that potential.

We started this business 10 years ago, and along the way we made plenty of mistakes before we came up with this unique technology and this unique business model. We were not shy in admitting what mistakes we made and what we learned from them. We have a product that works and a business model and management team that can execute.

E4C: Would you share your tips for success with others who might be starting their own energy or other hardware ventures?

MS: My advice is no different than what we did. You have to have a clear picture of what the market’s needs are. Know if it is growing and large enough for investors to take a stake in. Prepare not only for tomorrow, but for the next 10 years or more. Have some edge in the market that nobody can replicate.

What I have learned personally in this journey is that when you do start a business, there are a number of setbacks and it’s actually good to show those setbacks to earn confidence from investors that you have learned from it and won’t make those same mistakes in the future. It is important to show the learnings you had from the setbacks so you won’t repeat those mistakes.

E4C: Knowing what you know now, what would you have done differently with Husk?

MS: Maybe I would have hired more competent people at the senior level than I did back in, say, 2012, 2013, 2014. Rather than building two more new sites, I could have used that money to hire more people to drive the business.

Communities in emerging economies can convert their waste plastic into a fuel oil that can be used as a drop-in substitute for diesel or kerosene. The University of Kentucky Appropriate Technology and Sustainability (UKATS) Research Group implemented a pilot test of the process in Kampala, Uganda, in collaboration with Makerere University and Institutional Energy Solutions.  Lighter, stronger and cheaper than other materials, plastics really are a miracle of modern chemistry....