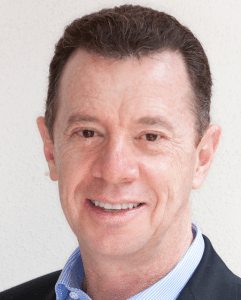 Francesco Piazzesi is helping tens of thousands of people in rural communities in Mexico, Nicaragua, Venezuela and Haiti move into homes that they built or improved themselves. Piazzesi founded ¡Échale! a Tu Casa, a for-profit business that instructs future home owners in construction with compressed-earth blocks. The organization works with the communities to hire architects, secure financing and grants, and it provides Piazzesi’s patented Adobloc compressed-earth block making machines.

With his two brothers, Piazzesi runs ITAL Mexicana, a family business that distributes construction machinery throughout Mexico, Central and South America. Échale is a construction and training arm of Ecoblock International, which Piazzesi founded as a for-profit social enterprise in 1997. Ecoblock actually began a decade earlier as a non-profit charity, but Piazzesi figured that the profit motive was the only way to scale it up to take compressed-earth housing to as many people as possible.

Piazzesi is an Ashoka fellow and his organizations are prize winners, the latest of which is a World Habitat Award finalist for Échale’s Calakmul Rural Housing Program this year.

Interested in his compressed-earth construction and his housing business model, we asked Piazzesi five questions.

E4C: Why are you passionate about compressed-earth blocks?

FP: CEB has the flexibility to be produced on an industrial scale as well as in a little community, with the great advantage of being a green material that provides opportunity for job creation, construction skills acquisition and economic community development. As far as I know, there are not many technologies that adds so many advantages.

Also there is an issue of social responsibility. All the world wants a more equal society with opportunities for everyone, but we can’t talk about it if millions of people sleeps on a soil floor.

CEB is the best technology the world can expect to provide housing for under-served populations. It is a simple solution that can be adopted in a simple way. 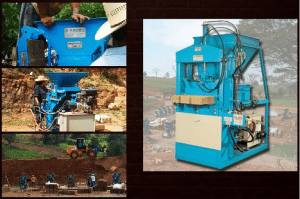 E4C: What is one lesson learned in your work with Échale that you’d like to share with people who want to help others build their own homes?

FP: The ultra-industrialized home construction process of building three, five or a thousand cookie-cutter housing developments has failed around the world. This solution creates more social problems than it solves. Lack of identity, gangs, human trafficking, economic disasters, family disruption and so on. The most important thing is that people have to be taken into consideration. Social inclusion is a MUST when we want to help others build their own homes.

E4C: What is one of the promising trends that you see in housing for impoverished communities today?

FP: The must promising trend is that a financial solution has been taken into consideration. Impoverished communities must understand that give-away programs are not the solution, at least for the housing programs. A give-away housing program is like making a broth out of the goose that lays golden eggs to feed the poor.

Any kind of construction is an economic dynamo that provides spill-over, jobs, prosperity and patrimony in which everybody can be included. Regarding sustainable construction methods, there is no doubt that they are more welcomed by the people from the communities (because sustainability has been part of their way of living) than from the urban community (where sustainability is an annoying and time wasting issue).

E4C: What do you think is a dead end in the construction field that some people just won’t let die?

FP: The dead end is Return on Investment (ROI). Investors in construction and specially in housing construction made a fortune and provided a poor solution, and they think that today they are going to do the same by building for the under-served populations of the world. That financial world is gone, vanished. It has to be understood that this new world of housing provision needs new approaches in the economic, social, ecological and political arenas.

E4C: In your work, what has been one of the most instructive mistakes that you’ve made, and what did you learn from it?

FP: The most instructive mistake was to try to approach a solution without a strategic plan. Even though the plan may not be followed exactly word for word, it provides solid ground to act, goals to reach and gets the stakeholders involved. The lesson is that you must carry out your plan and responsibilities and not allow political or economic forces to take over your program.

Plastics Could Help Build a Sustainable Future – Here’s How

The present and future of design education

Only a handful of institutions offer formal programs in engineering and design for global development. (We’ve mapped out many of those programs on our Professional Development page.) Though they are few, or maybe because of that fact, they have an outsized effect on the future of the field. A look at how they take on that responsibility today could reveal the future work that will make a difference in the lives of...

In these uncertain times, it can be difficult to determine what is true and what is not. This includes the news from around the...

E4C Visualized: The People of the Siemens Design Challenge