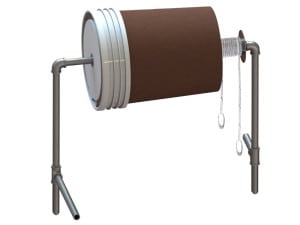 As a laundry machine, this five-gallon bucket that spins on pieces of pipe might look the product of a trip to the junkyard. But its simplicity is deceptive. There are months of interviews, sketches and experimentation behind its humble appearance. And its designers have offered us a glimpse into their highly creative prototyping process.

Aaron Stathum and Eliot Coven, industrial design students at Philadelphia University, collaborated with Sudanese refugees at a job-placement service in New Jersey to design a low-cost human- powered washing machine. They wanted to make laundry day easier on people who wash clothes in a river. The end result is this plastic bucket with a neoprene cover.

To operate it, the user straps two loops of rope onto his feet and moves his legs up and down. Most of the materials are found objects. As such, the market version could cost less than $4 and it’s easy to make and easy to repair. At that price, it may be much cheaper than other human-powered laundry devices.

“We joke that our final product looks like a bunch of trash,” Stathum says. But using upcycled parts was the point, he says. Their design aimed to improved on existing products for the off-grid laundry market, and their research found devices with relatively expensive parts. Bicycle parts, for example, or injection-molded plastic pieces.

“The design community is so focused on these beautiful objects,” Coven says. “But who’s to say that [a clothes washer] has to be stainless steel and look like the Apple of laundry machines? Making it stylish would add cost and cost was our enemy throughout this project.”

Nooradin Mohammad, a Sudanese refugee who helped with the design, shows how to assemble and operate the machine in this
brief video.


Stathum and Coven documented their experimentation process. Here, we can see pages from their sketchbook and the behind-the-scenes story of how the foot-powered washing machine took its current shape. 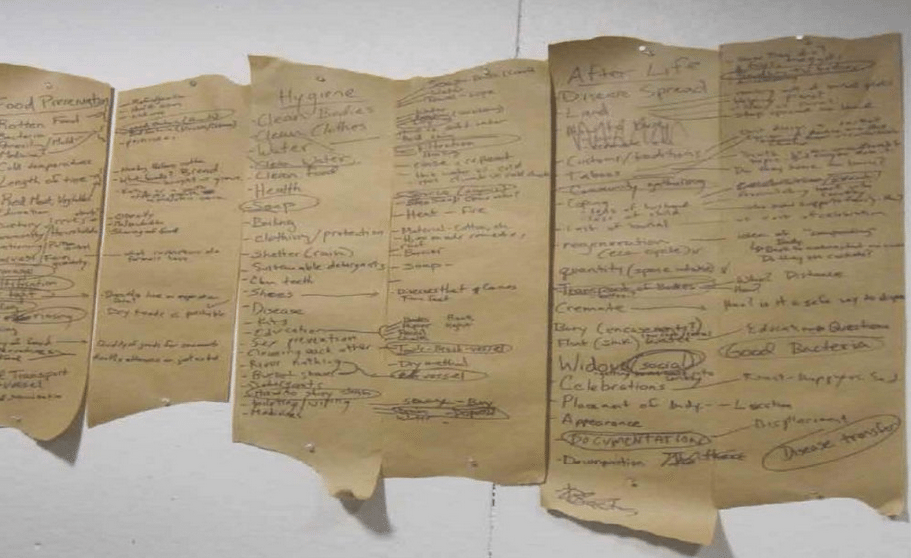 It started on paper with a brainstorming session. Photo by Aaron Stathum 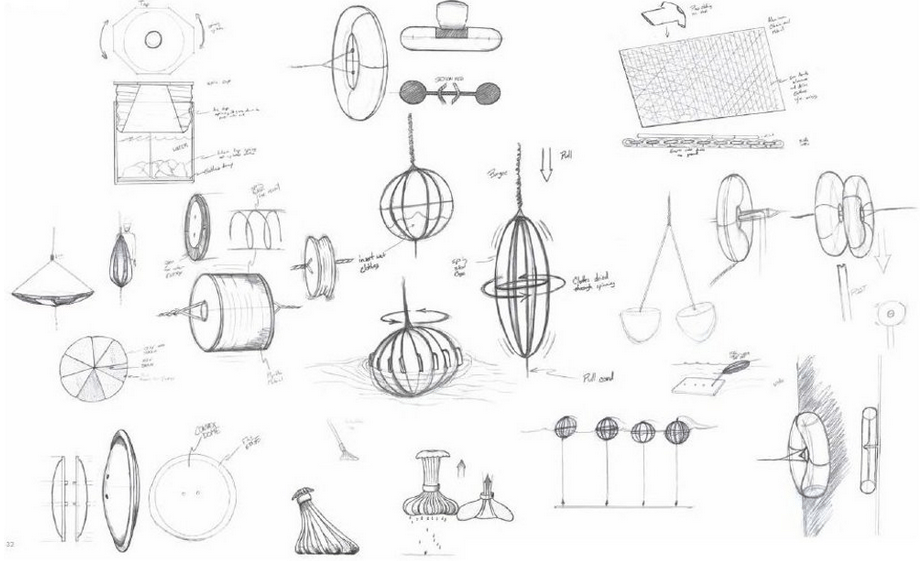 These sketches reveal some of the initial design ideas, many of which were discarded. The main element that survived the winnowing process of experimentation was the use of string. “That was the key moment for us when we figured out that we should use string instead of some other mechanical device. We think you can have access to string just about anywhere in the world,” Coven says. Image courtesy of Aaron Stathum and Eliot Coven 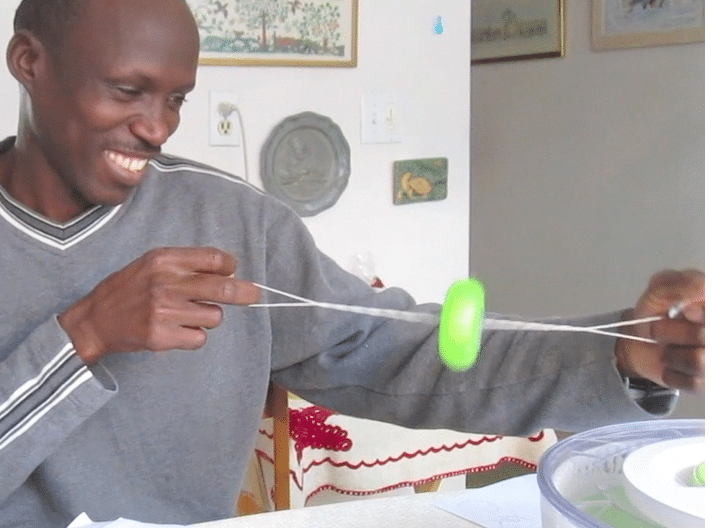 The designers based their early concepts on the spinning action of a string and a button. If you insert a string through a button and pull both ends tight, the button spins. Photo by Aaron Stathum 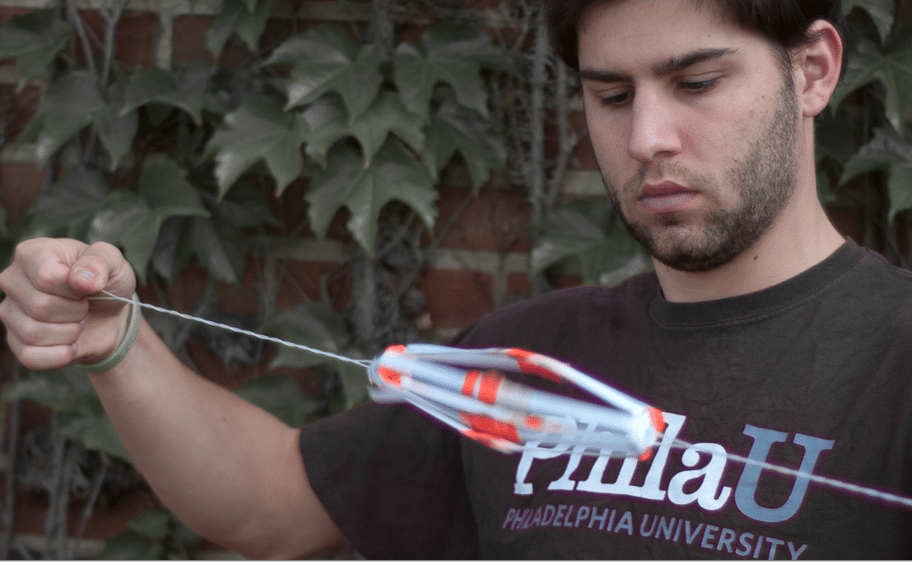 Coven tests a slightly larger model of their basket on a string concept. Photo by Aaron Stathum

In tests of the life-size version, flaws become clear. It was hard to operate and the basket sagged and did not hold the clothes well. Photo by Aaron Stathum 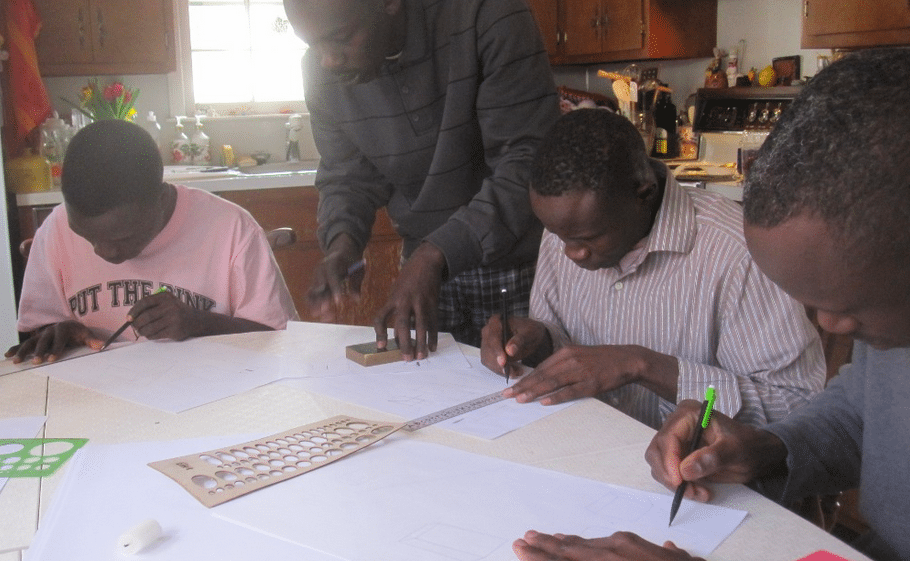 The designers collaborate with Sudanese refugees at a job placement organization in New Jersey. Photo by Aaron Stathum 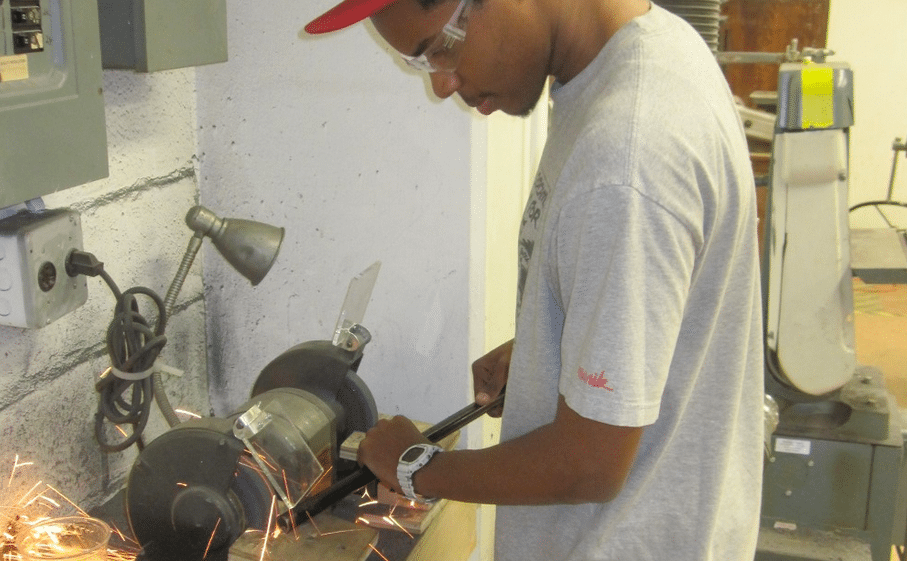 Stathum works in the shop. Photo by Eliot Coven 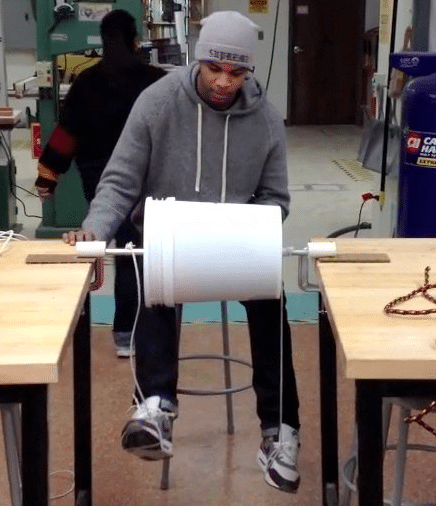 Here the prototypes start to look more like the finished washer. Photo by Aaron Stathum 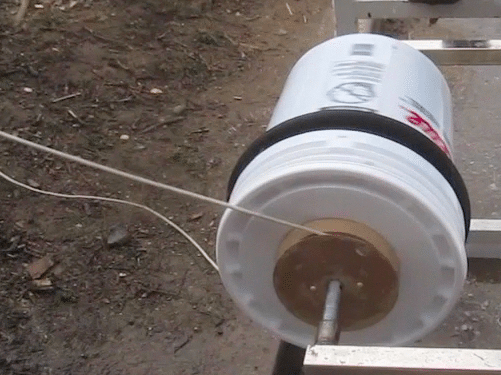 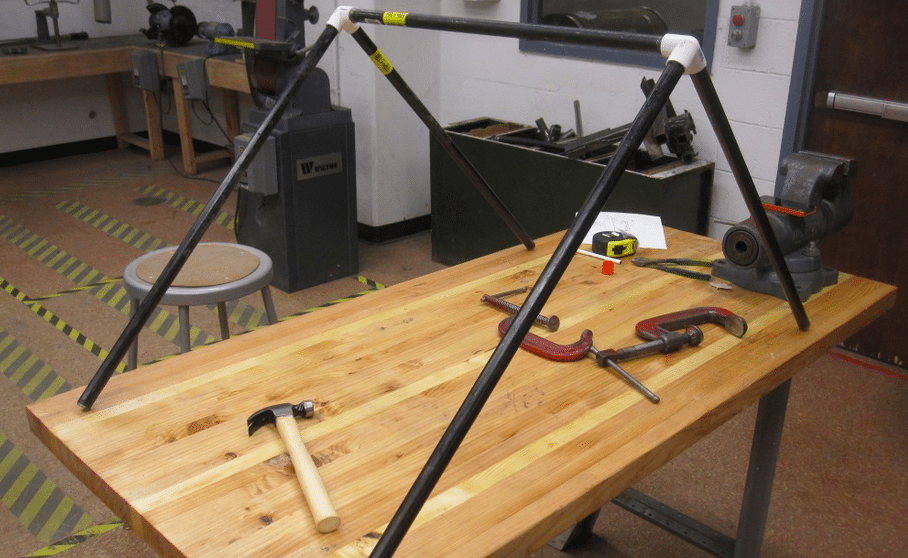 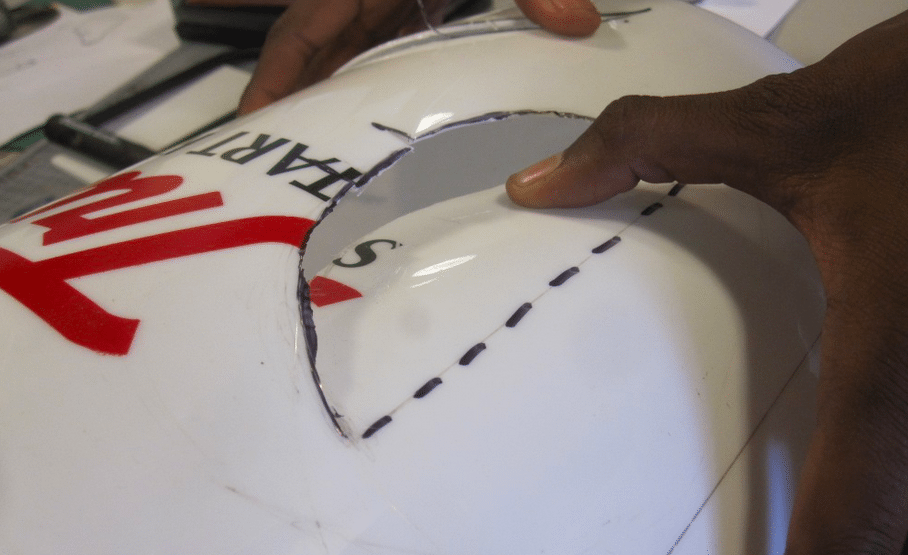 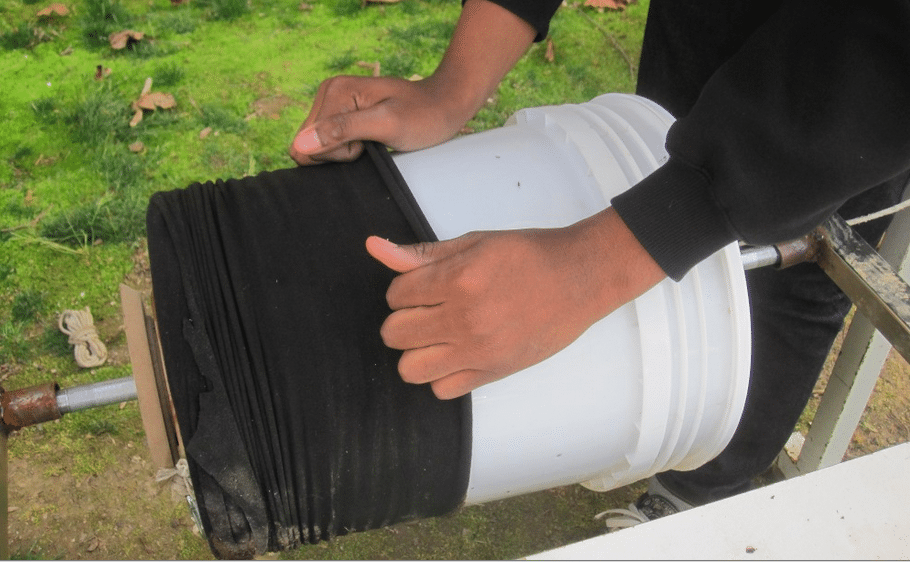 The neoprene cover acts as a scrubber for spot-cleaning clothes. Photo by Aaron Stathum 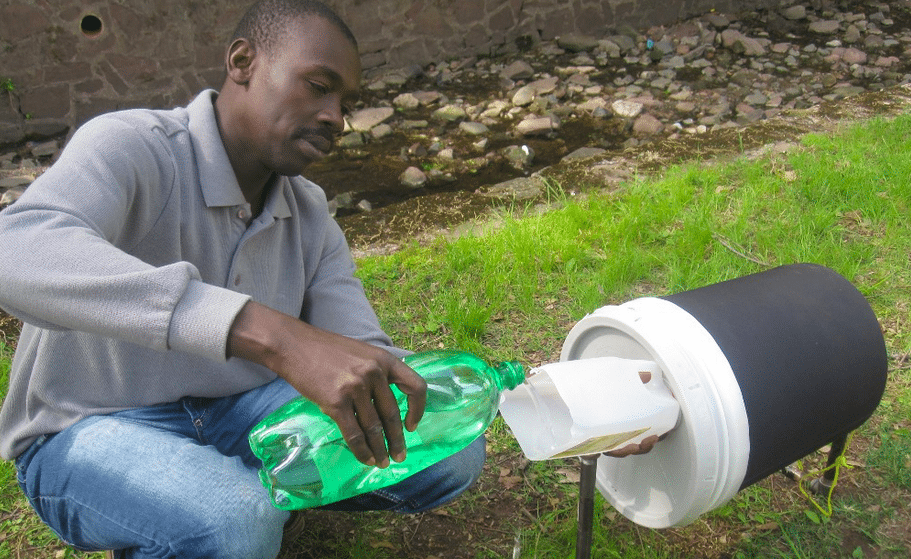 This is a demonstration of how to fill and operate the final version of the washer. Photo by Aaron Stathum 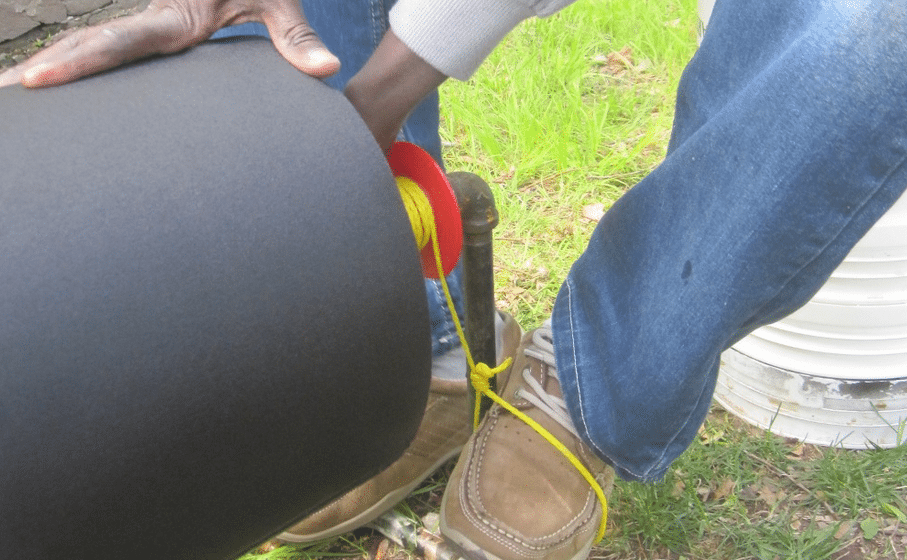 The design duo has their sights set on large-scale manufacture, and they say they would appreciate any assistance from the E4C community. Those interested can contact them through their Web site.

Moments after Daniel Druhora and a group of American university students entered gates of Moria Refugee Camp they saw a woman who had gone into labor while waiting for an ambulance. “The ambulance hadn’t arrived yet, and she was going to give birth right there on the ground,” Mr. Druhora said in a phone call. “And that was our introduction to Moria. That was the first thing the students saw...

The social venture Saathi would like to broaden the scope of the projects that can generate carbon and plastic credits. These credits are usually...