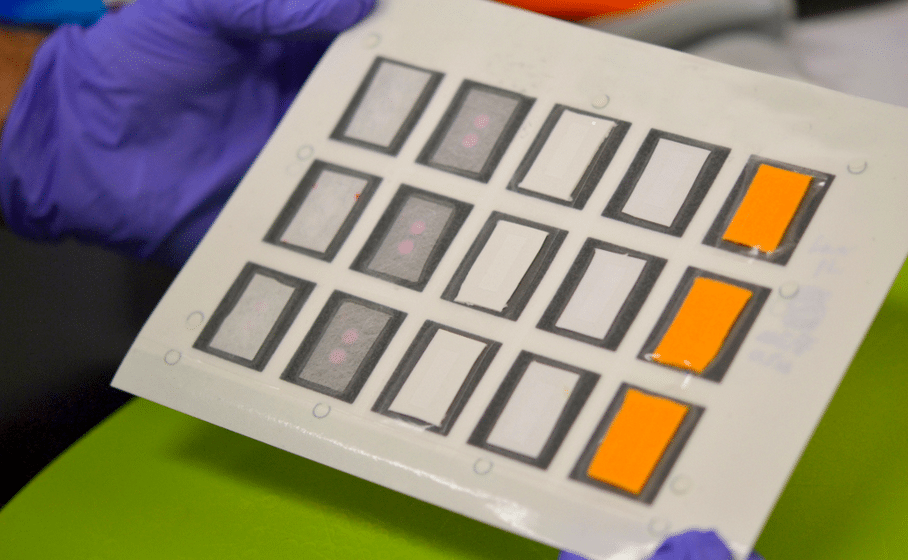 Each square on this sheet is a test for aflatoxin, a compound produced by fungi that contaminate grains and milk. The different colors are each separate pad materials that DFA is testing for their wicking properties. Photo courtesy of Patrick Beattie / DFA

Tests for milk on Kenyan dairy farms may soon be ultra cheap, printed onto paper sheets and delivered to farmers and milk processing plants. Diagnostics for All (DFA), a US non-profit biotech firm, is designing tests for milk spoilage and estrus in cows (to detect when the cow is ovulating).

The tiny, coin-sized microfluidic chips are made mostly from thin strips of paper printed with wax. They do not require electricity or the storage of liquid samples. And they are simple enough for farmers to read, or to read with a mobile device app.

These tests, and others coming online after them, could streamline the dairy industry in Kenya and other developing regions. They may also boost profits on family-owned farms.

“I think it will have great impact,” Patrick Beattie, Director of Operations at DFA, told E4C. “What it’s doing is enabling farmers and veterinary workers to better manage their herds, and in some cases to improve their quality and access better markets that they wouldn’t be able to access otherwise. All of that goes to a bottom line of improved farmer incomes,” Beattie says.

Wicking with paper and wax

The tests operate under capillary action, the same principle that allows plants to draw water from their roots up to their leaves, and the way a paper towel soaks up water when its edge is dipped in a glass. A drop of milk or a blood sample from a cow wicks through the paper along channels bounded by waxen barriers. It collects in wells that contain a chemical reactant. If the milk contains a threshold level of certain bacteria, a spot on the test will change color to indicate that the milk might be spoiling.

The estrus test works in the same way. The farmer would prick a cow’s ear to draw a blood sample and apply it to the paper where a chemical reaction reveals the absence of the hormone progesterone. When cows ovulate their progesterone levels drop. 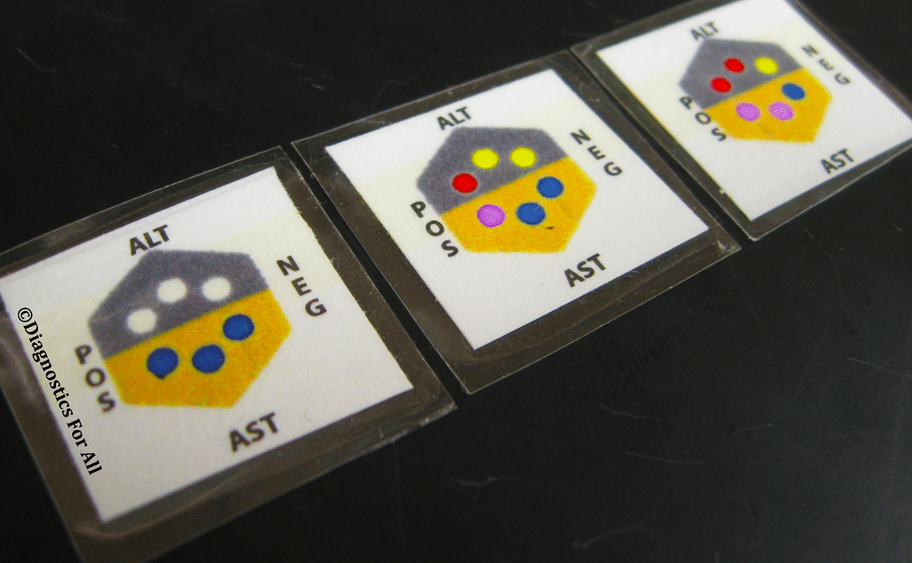 These are human liver-function tests designed with the same basic paper and wax structure of the agricultural tests that DFA is developing now. Photo courtesy of DFA

Why spoilage and estrus?

In 2009, Beattie joined a team at the Meridian Institute, a Washington, DC-based consultancy, on a research trip to Ghana and Kenya funded by the Gates Foundation. The goal was to examine the ways that farmers practice their craft in those regions, and then to identify processes that new technologies could improve. Milk spoilage and artificial insemination were good fits.

Small-plot dairy farmers in Kenya gather their milk and deliver it to central milk chilling plants. The plants pool the milk from dozens or hundreds of farms so that even a few gallons of spoiled batches could contaminate many others. Milk spoilage tests already exist, but DFA’s paper strip, when the design is complete, is likely to be less expensive and more accurate.

Estrus testing is important, also, because of how domesticated cattle reproduce. Most cows are artificially inseminated. The practice is widespread (there is even a WikiHow guide for newbies) and practical because bull semen freezes and ships well. The best bulls are in demand for breeding worldwide and it is easier to ship their semen than to ship the bull. It is also cheaper for farmers to buy semen rather than raise bulls for breeding. (For more, please see this brief overview of artificial insemination.)

DFA’s estrus test can take guesswork out of the insemination process and tell the farmer when the cow is ready. A cheap and widely available test can save the farmers’ time and money. 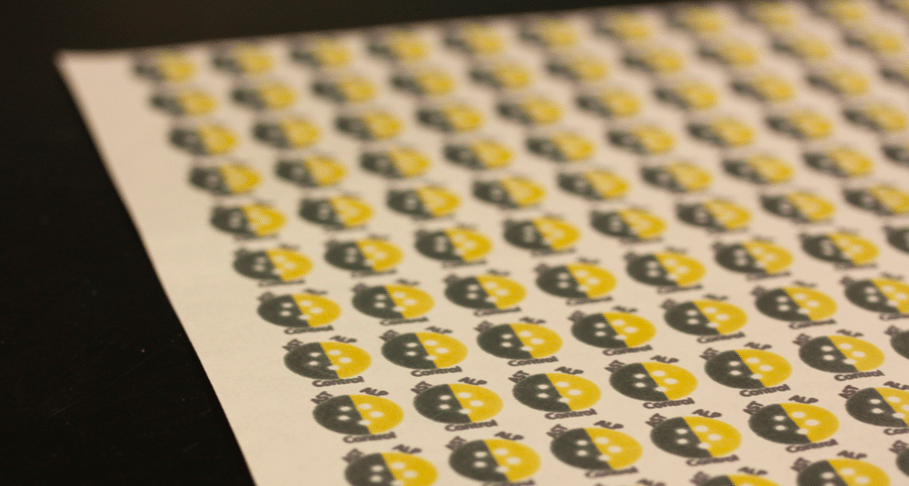 This is a sheet of liver-function tests. When the design is complete, the agricultural tests may look similar, printed on a sheet for easy distribution to farmers. Photo courtesy of DFA

George Whitesides at Harvard University first invented the paper-and-wax technique with cheap medical diagnostics in mind. DFA has licensed the concept and is developing a range of agricultural and medical tests. The organization has a grant from the Gates Foundation for $3 million over two years to develop the agricultural diagnostic tests. DFA is also developing tests for liver damage, which is common in HIV/AIDS patients, and for malaria, dengue fever and preeclampsia, a complication of pregnancy.

When the tests are ready for distribution, DFA plans to seek partners to manufacture and sell them. The idea is that selling them, rather than giving them away, could help the tests catch on. DFA’s field research has shown that farmers can make more money by using the tests, so they have incentive to buy them. And they will be cheap to manufacture, so private companies could have incentive to make them. “There will be incentive all around,” Beattie says.

For more information or to contact DFA, please see the organization’s Web site. To learn more about paper microfluidics, please see George Whitesides’ paper in the journal Analytical Chemistry, Diagnostics for the Developing World: Microfluidic Paper-Based Analytical Devices (there, you can also find a link to a podcast about the research).

From the E4C community: Low-tech irrigation with the water-powered Current Pump

Photo courtesy of Dirk Long Some farmers living along streams and rivers in Niger carry water to their crops by hand. They may not be aware of it, but they have the flowing power supply for a simple pump. A good design, parts and training in upkeep may be all they need to irrigate their land and possibly double their crop production. A new startup called Current Pumps has a...