Production stopped at a small solar concentrator manufacturing facility in Burkina Faso when the stockpile of anodized aluminum ran out. The facility, founded by a German non-profit organization, had shaped the aluminum into curved parabolic reflectors for a solar cooker. The aluminum worked well, but it’s not common in rural villages in the landlocked West African country. With the supply exhausted, replacing it was not affordable.

Lorin Symington took a look at the cooker design and realized that local materials would suffice. To replace the parabolic reflectors, Symington built a mosaic of ordinary, flat mirrors. He angled each mirror to reflect sunlight onto the hot plate so that the whole array of flat reflectors emulated the parabolic curve of the former design.

The result is the Iron Butterfly, a solar cooker with reflectors like open wings cupping a cooking plate above them. 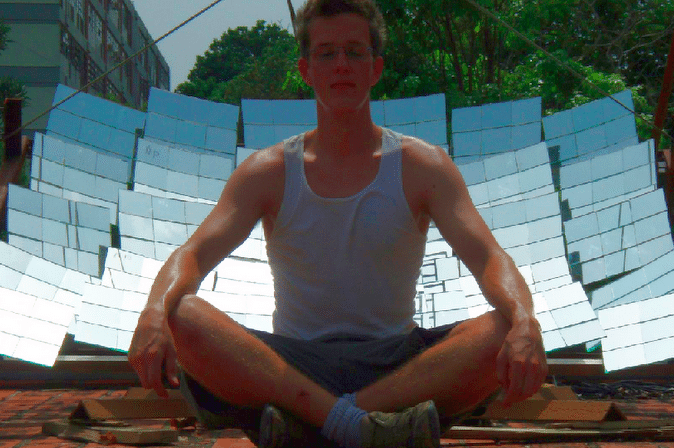 Lorin Symington would like to seed his family’s solar concentrator designs in developing countries worldwide. Photo courtesy of Lorin Symington

The mirror mosaic is a concept that Symington’s grandfather, Fraser Symington, developed in the 1980s. The early designs were upright reflective walls that concentrated sunlight onto another angled mirror and, from there, up onto the bottom of a cooking plate.

Over the last three decades, the Symingtons have added new designs and adapted their creations to regional conditions in developing countries. They call their collective designs the Solar Fire line of concentrators.

Today, the Phaeton, the upright concentrator, delivers about 2000W of power to its cooking plate, for a build cost of roughly $300.

Solar Fire concentrators cook, pasteurize milk and boil water to turn five-horsepower steam engines in India. They dry coffee in southern Mexico, and now they are cooking meals in Haiti.

Tinytech, a company in India, has adapted the design to cookers, power generators and even peanut roasters for making peanut butter. Lorin Symington is working in Haiti now to establish a solar concentrator production facility. For updates, see his blog.

“You don’t need high technology to make electricity,” Symington told E4C. “To meet all of the needs of civilization, you just need sunlight.”

The Solar Fire designs are big, powerful enough to heat food nearly as fast as a fire can. They are low-cost, built with locally available materials, and they are all open source.

For a free construction manual, please contact Symington through his Web site, GoSol.org.

This is Solar Fire’s family of concentrators, presented in pictures. 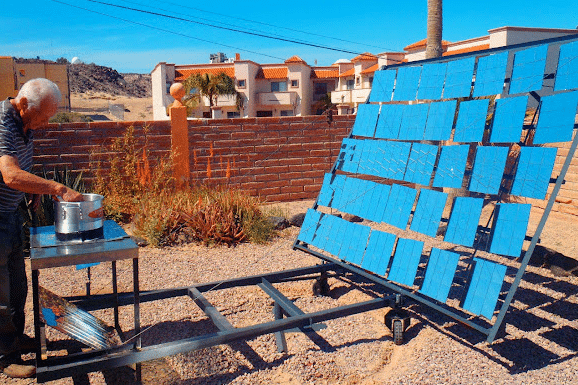 Fraser Symington cooks a meal with the Phaeton. Photo courtesy of Lorin Symington 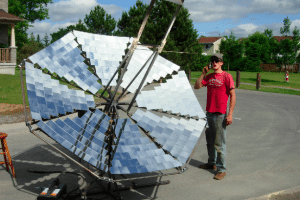 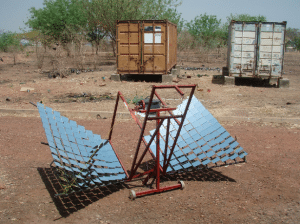 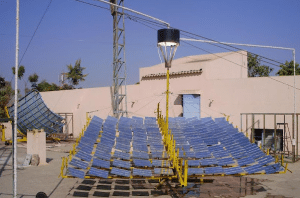 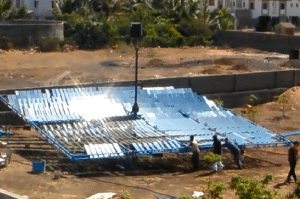 The concentrators can scale up for power generation, like this 90m2 concentrator by Tinytech in India. Photo courtesy of Tinytech 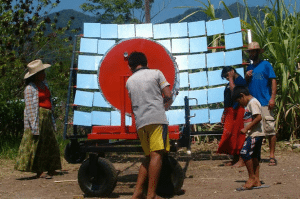 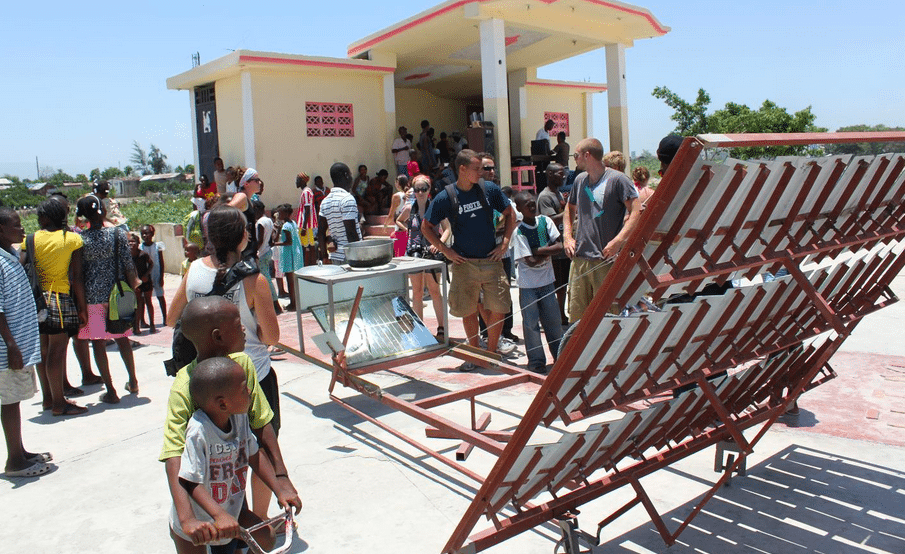 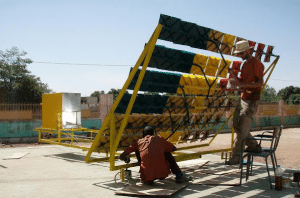 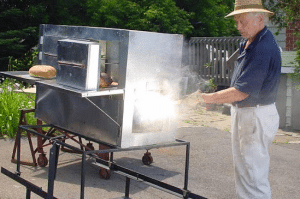 These concentrators can even bake bread. Photo courtesy of Lorin Symington 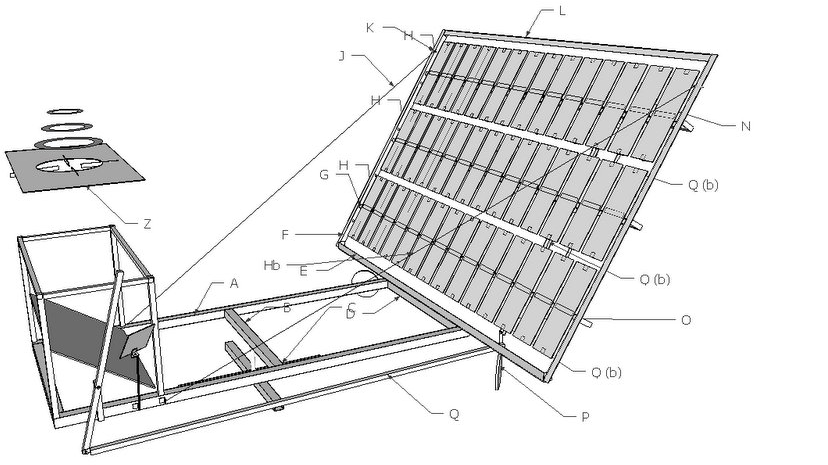 A shot from a Sketchup draft of the Phaeton. Download the .skp file here, or contact Symington for a free construction manual. Image courtesy of Lorin Symington

Eggs, fish and drinking water captured the expert judges’ imaginations at the American Society of Mechanical Engineers Innovation Showcase USA this year, sponsored by The Lemelson Foundation. Three devices that improve yields or purify water in underserved communities won the US arm of the global competition in Washington, DC, on June 13th. The devices are the drinking water filter system Aguadapt, by Caminos de Agua; Kukua, a home chicken egg incubator...