Syrian refugee settlements in Lebanon face challenges in providing for basic needs. These problems are a wide target for development engineers and social entrepreneurs hoping to make a difference. To address these needs, we need to meet the refugees, learn about their daily obstacles and clearly define the problems that design and devices can solve. This is an overview of the needed research based on surveys of three camps near Zahle, done in January and July of 2018. While admittedly limited in scope, the hope is that this can be an introduction to these issues and can motivate designers, startups and aid organizations to turn their attention to these communities.

Throughout Lebanon, over one million Syrian refugees live in informal settlements. Although there is no formal structure, the settlements have some commonalities. Each is led by a Shawiche, a man who coordinates supplies coming in and out from NGOs and other sources. The settlements consist of groups of tent structures. In different regions of Lebanon, refugees receive varying aid; based on how stable the location is international NGOs provide aid. In less stable areas, only local (Lebanese) NGOs provide support to refugees. 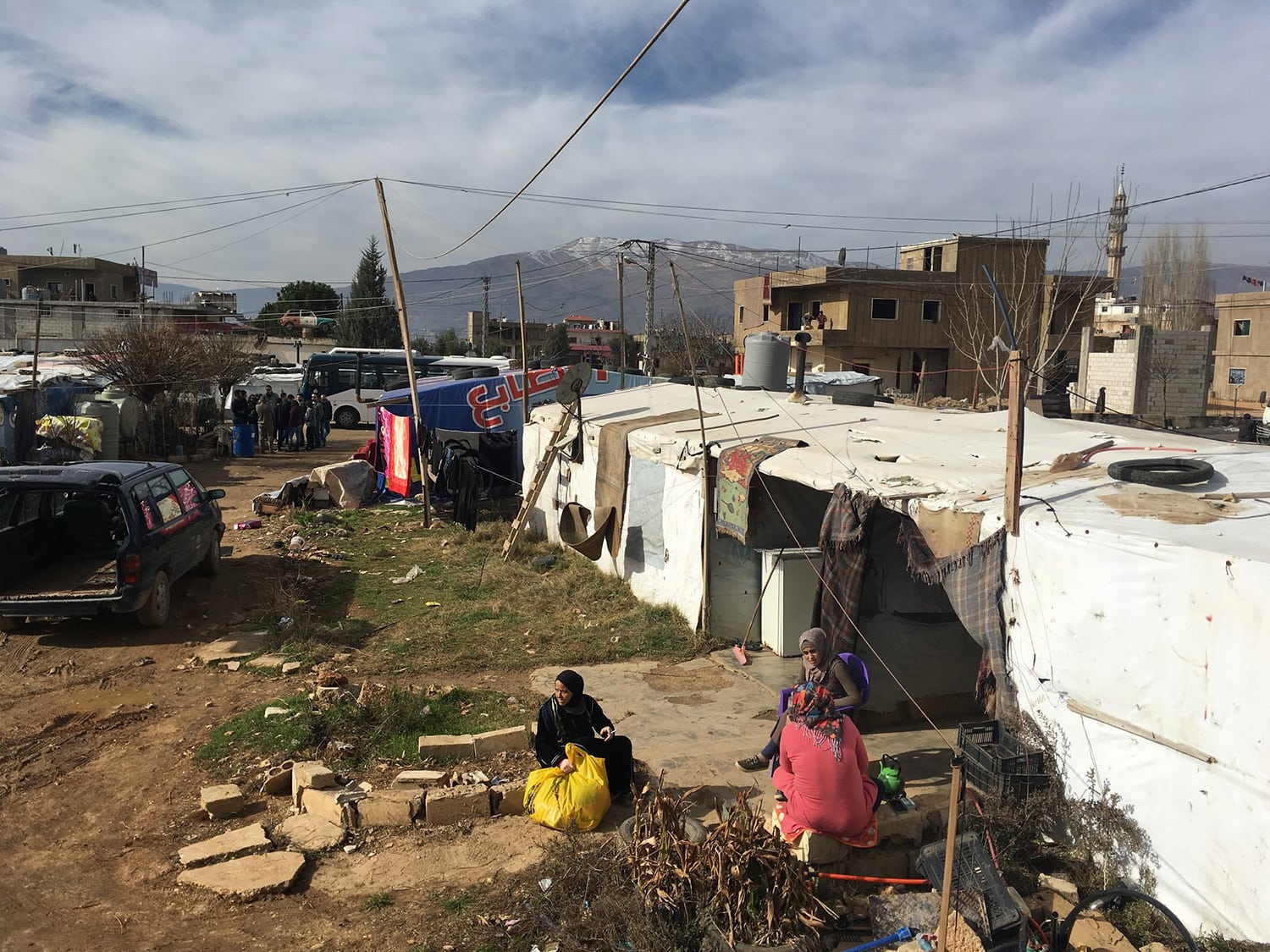 In the Beqaa valley, one of the more stable regions, there is a cluster of settlements around the town of Zahle. Syrian refugees have been living in this area for eight years. Most of them built their tents themselves, using some materials they received from the UNHCR (when they registered as refugees) and some material they either found or purchased. Most of their possessions are like that: a mixture of donated or purchased. The refugees get money from two main sources: the UNHCR and any work they are able to find. They receive services from a number of other NGOs as well.

In the tents the families have stoves for cooking that are gas powered and stoves for heating, which can be either gas fueled or wood fueled. Families with less money tend to burn wood. Refugees with both types of heating elements expressed great concern for their tents catching fire in the winter, since the tent materials are flammable.

As for water, most of the camps’ supply of drinking water is donated by an NGO and excess drinking water is purchased by individual families. The donated water is usually pumped into tanks. Some families choose to clean this water with chlorine or other substances and some do not. The settlements have wells for utility water, but many residents do not trust the cleanliness of this water. 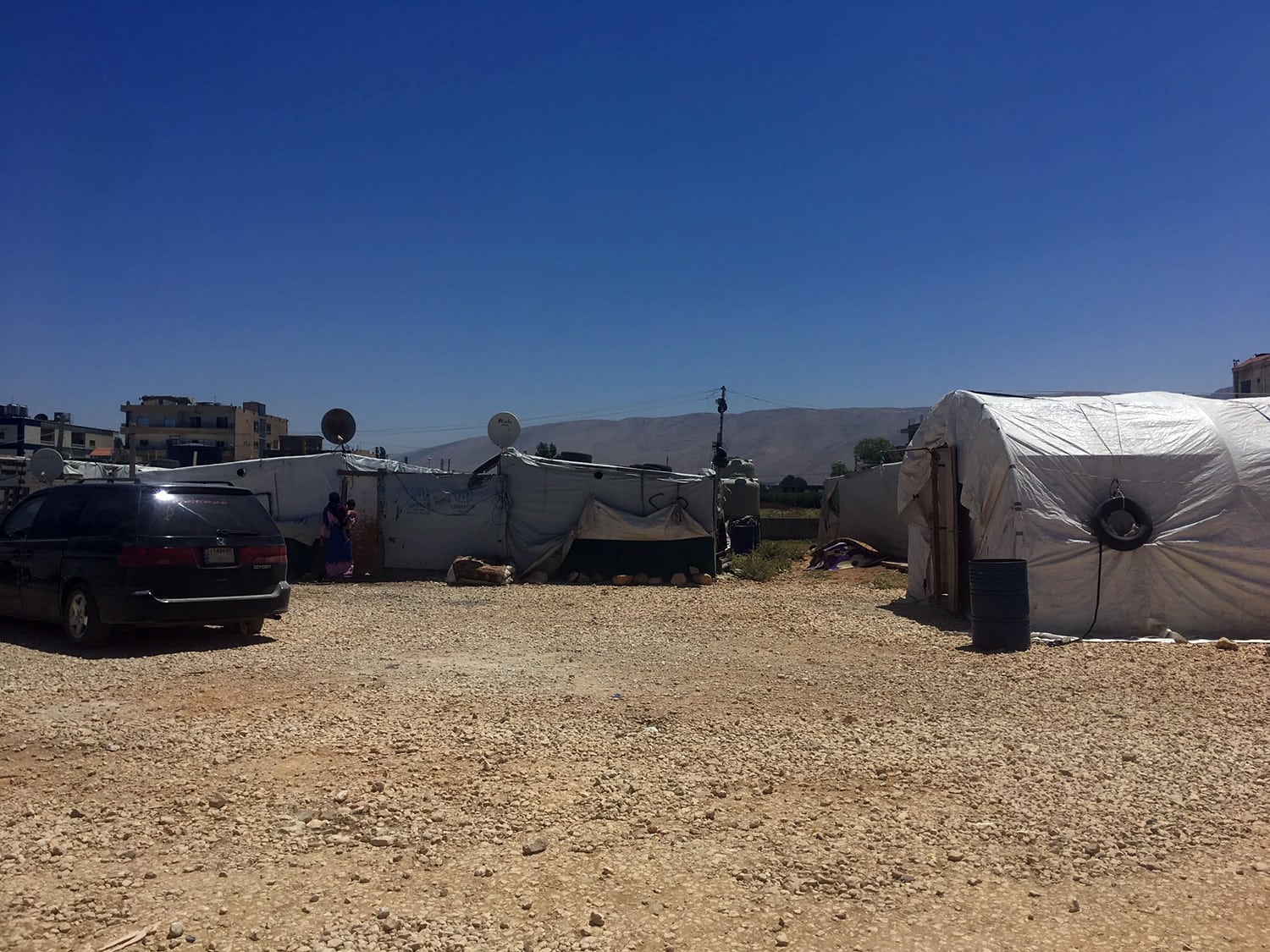 In this area most tents have their own bathroom or outhouse. Occasionally, two tents will share an outhouse. It differs between the camps but some toilets are connected to septic tanks and some to sewer-like systems. These “sewers” can lead anywhere: to a larger tank, or to a ditch or stream. This often leads to a contaminated water supply, especially if the “sewer” drains near a well. Garbage disposal can also contaminate the water supply; some camps will pay to have their waste picked up and split the cost amongst the households but some do not get it picked up, or the pickup service is unreliable.

Although it varies by camp and by family, most households have 1-2 cellphones. In one camp, the shawiche said the woman of the house has the phone if there is only one. They say they use the phones for WhatsApp messaging and checking on the status of their UN aid money. A watchful observer will also notice that the children are occasionally allowed to play games on their parents phones. 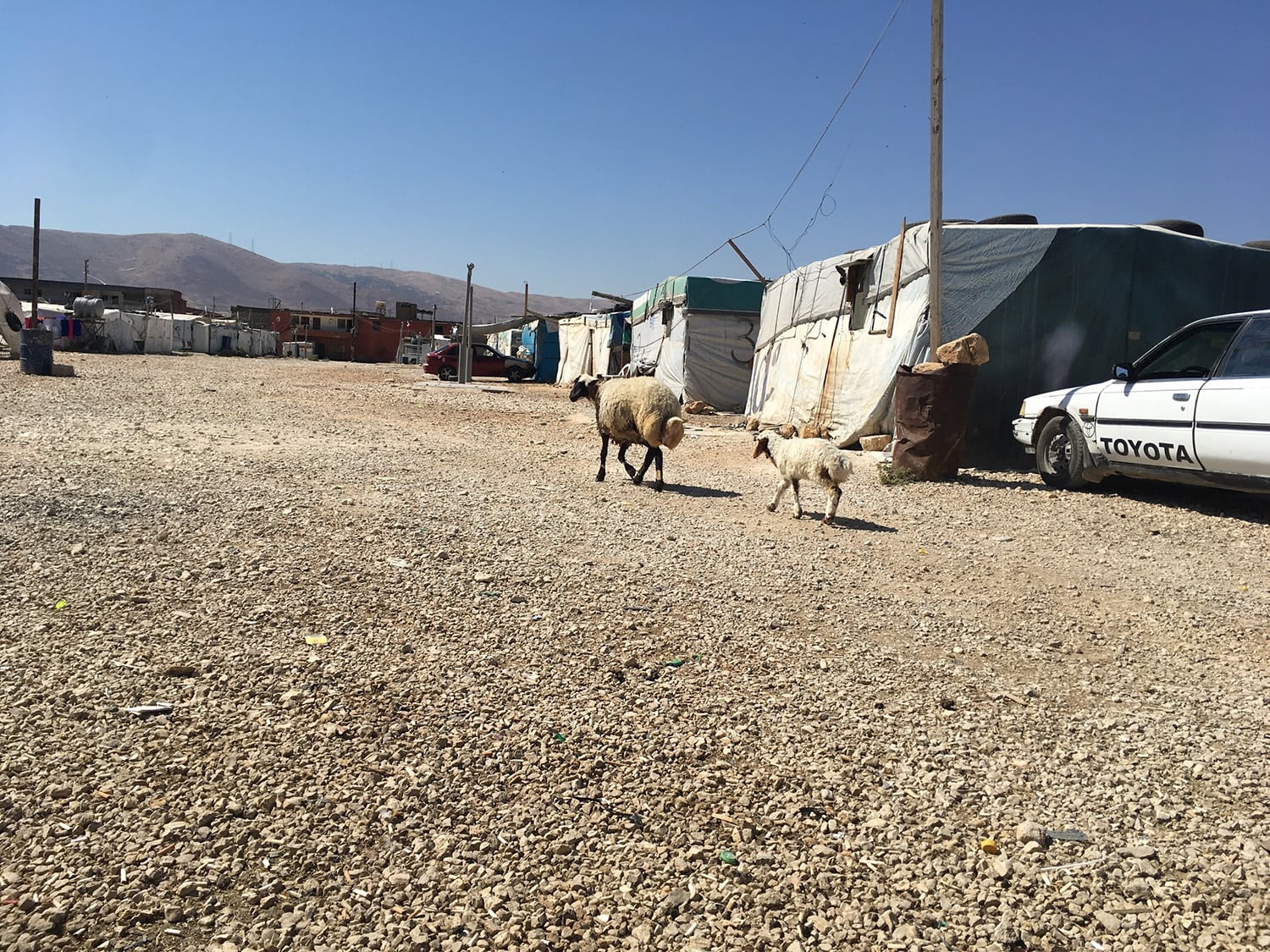 Healthcare also varies by location, but from interviews with refugees and with the director of medical interventions at Beyond Association (a local NGO), a more detailed picture emerged. There is limited antenatal care, women go 1-2 times in nine months because they cannot afford more frequent visits. Instead they generally seek advice from an older women in the camp. There are mobile clinics operated by Beyond Association and Sawa. Beyond Association provides vaccinations for children under age 5 and uses a QR code to track the child’s vaccine records. The system is an improvement over that of the Lebanese Ministry Of Health, which relies on patients to keep track of paper cards. As for chronic ailments and non-communicable diseases, there is very limited and very expensive care. Most people go to the pharmacy for care for common ailments such as upset stomach or rashes and sometimes care for chronic ailments, such as having their insulin tested.

Funding cuts have forced NGOs to decrease the services they provide, leading to cuts in health care and education. This recent cut only hints at the larger issue: the political nature of technology and development in refugee settings. Landowners are much more likely to accept the installation of a wifi router for a settlement than they are to admit the water quality from wells on their land is poor. The Lebanese government does not pay for healthcare for the refugees and international aid is declining, but people still have health problems.

These complex issues call for creative solutions which cross disciplinary boundaries and are founded in the principles of human centered design. The refugees are quite resourceful, but to effect change on a broad scale requires the involvement of development engineers, entrepreneurs, and funding organizations.

Helen Lindsay is an Engineering for Change Research Fellow and holds an undergraduate degree in Mechanical Engineering from Boston University. She has been researching global health and medical devices for two years, working and studying in Zanzibar, Tanzania and Beirut Lebanon.

Two-wheelers – motorcycles and motorized scooters – account for the majority of vehicles on the roads in developing countries. China and India are the two largest markets for two-wheelers, which contribute to their air pollution problems. Thirty seven of the world’s 50 most polluted cities are in India and China. And about 20% of the CO₂ emissions and 30% of particulate emissions in India are due to two-wheelers. One attractive solution is...

Construction and the built environment represent a large target for cutting pollution and increasing sustainability. The sector consumes 40 percent of global resources, according...