This list may hold some surprises. We blended the new with the old: There’s a new audio computer and a normal radio. There are found objects – plastic bottles – and the often overlooked education enhancer, the sanitary pad. We’ve included devices that charge laptops and connect them to the Web, but we left out laptops. We didn’t want to bore you. These are 10 technologies that are boosting grades in developing countries.

Laptops and even tablets and Kindle e-readers supplement education and replace libraries in a growing number of schools in the developing world. But those devices are little more than cutting boards if charging their batteries is too costly. And they are not as useful where there is no Wi-Fi for Web browsing and downloads. Two solutions that work are solar charging stations and long-distance Wi-Fi. Solar charging stations generate direct current (DC) electricity with solar panels to charge laptops. No converter is needed. The technology is in place in rural schools in Haiti and Micronesia. Long-distance Wi-Fi blends low-cost software and antennae to link radio towers that have a direct line of sight. The distances between towers can be enormous. The world record for a single hop between two stations is 231 miles (373km) between two towers Venezuela. In Micronesia, connecting remote island schools is as hard as raising towers high enough to clear the trees and buildings. The towers are also solar powered, making these two technologies suitable to put off-grid communities online. 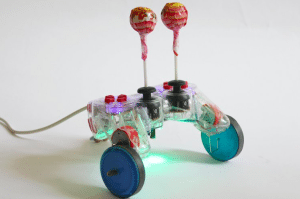 Robotics kits for schools can cost less than $10. When the African Robotics Network (AFRON) held a $10 robot challenge in 2012 designs poured in. Now schools can find instructions for do-it-yourself robotics using off-the-shelf parts and even found objects. One design is built around a cardboard box. The Suckerbot pictured is a modified game controller.Now, AFRON’s challenge to low-cost robot enthusiasts is to create kits for schools based on the submitted designs. 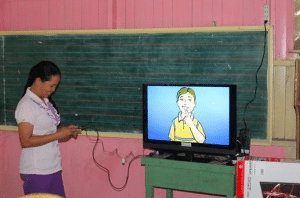 The lowly text message has become a tool for classrooms in Pakistan, the Philippines and elsewhere.Text messages can deliver health, hygiene and financial information, weather and market reports for farmers and other services worldwide. In schools, lesson plans and even interactive video can arrive over a simple cellphone. Nokia’s Text-2-Teach program began as an effort to monitor the spread of dengue fever in Brazil, and the technology was adapted to serve schools in the Philippines in 2003. Now teachers in remote schools have access to multimedia presentations in math, science, language and other subjects.

In Pakistan university students opt in to a text-messaging program that sends them a daily multiple-choice vocabulary quiz question. They text back their answer and receive an automated response confirming or correcting their choice. 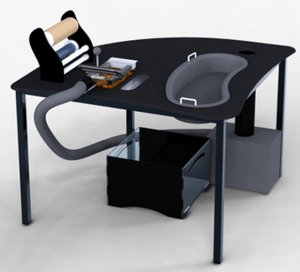 Meet “Komera,” the prototype of a machine that manufactures sanitary pads from banana-leaf fiber. Sanitary pads can improve young women’s grades. In communities where feminine hygiene options are scarce, women stay home from school and work rather than risk embarrassment when they menstruate. That can add up to about 50 days of skipped school per year. Some of the world’s poorest countries import sanitary pads rather than produce them locally, and the prices can be too high for many women.To solve the problem, Katherine Smyth, a recent MIT graduate, has developed a table-sized prototype of a pad-manufacturing machine that she calls a Komera. Testing is underway. 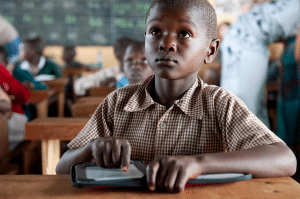 The first books that some students in Africa read may be on Amazon’s Kindle or another type of e-reader. E-readers are replacing libraries in rural sub-Saharan African schools where about half of the students have little or no access to textbooks.The non-profit e-reader distributor WorldReader found that when students have Kindles, their reading scores have improved by 4.8 to 7.6 percent. The organization aims to provide Kindles for 1 million students in those regions by 2015. 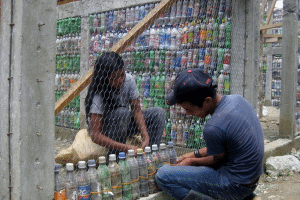 A lack of infrastructure impedes education in some of the most impoverished regions. Some of the best work engineers can do for students in those regions is to help them to build a roof over their heads. Erna Grasz, who head the Asante Africa Foundation, takes the idea a step further. She works with communities in Tanzania and Kenya to help them build schools, water treatment systems and pumps and dig wells. But her foundation also trains teachers, gives them materials for their classrooms and provides scholarships for students. 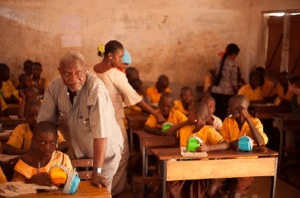 
Literacy Bridge has developed a low-cost, rugged audio computer for teaching and sharing information in rural Ghana. Communities use the devices to disseminate health and agricultural information, to record and share messages and other audio media and to learn to read. 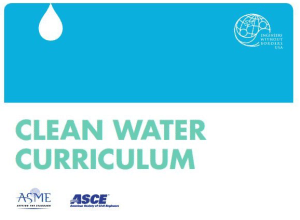 Engineers who work in global development have turned their projects into lesson plans for grade-school teachers to use in classrooms. Engineers Without Borders-USA created curricula in math and science based on three projects: Digging wells in Kenya, building a bridge in Nicaragua and making biofuel in the United States.

And students at marginalized schools in California can learn principles of renewable energy with educational kits developed by a team at Stanford. The kits, called Tape and Scissors, cost $1 each and teach students about an emerging field that may pay off in their future careers. 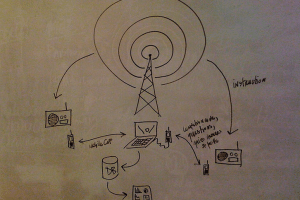 Radios have supplemented classroom educationfor more than 30 years in schools in Latin America, countries in Africa and Central and Southeast Asia. Teachers in the classrooms facilitate the education and lead discussion while instructors on the radio or audio recording give lessons and allow time for the students to converse and interact.

Studies have found across-the-board improvements in students in classes that use radios compared with control groups of classes that do not.

The sketch shows a proposal for integrating text messaging with radio instruction to enhance the interactivity. 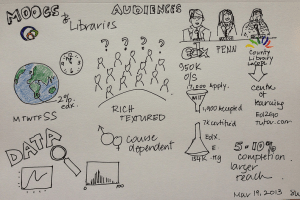 Massive Open Online Courses enroll thousands or even more than 100,000 students in a free online course often associated with accredited schools and even some of the world’s finest universities. MIT’s Technology Review called them “The most important education technology in 200 years,” and we are also enthusiastic about their potential. They put world class instructors in front of a worldwide auditorium of students with a suite of digital tools for an interactive learning experience free of charge.

This is what the Internet was made for. The execution is still new and it should change and improve quickly. Although the acronym leaves something to be desired, we’re excited to see what comes of this.

The inaugural issue of Demand: ASME Global Development Review published one of the early case studies of SWEET Sensors in 2013. The sensors reviewed were a suite of low-cost, low-power devices that gather data about water pumps, clean cooking stoves and indoor air quality in kitchens where food is prepared. Dr. Evan Thomas oversaw SWEET Lab at Portland State University and co-authored the study in Demand. Now Demand is shuttering after...