This school is a prototype for architecture among rising coastal waters, built by the waterfront community of Makoko in Lagos, Nigeria. Photo by NLE

Around the world, however, communities are rising to the challenge. Within the confines of small budgets, creative engineering has blossomed. These are ten low-cost and low-tech ways that communities are adapting to the slow boil right now.

Stilts and floats for buildings

The sea level has risen roughly 20cm (nearly 8in) since 1870 and the rate of rise is accelerating. By 2100, the sea is projected to rise as much as 50cm to 2m (22 to 79in), according to a literature review by the US National Research Council.

The rising water and intensifying storms flood coastal cities, but there may be ways to adapt, such as this floating school. The school is a prototype for architecture among rising coastal waters, built by the waterfront community of Makoko in Lagos, Nigeria. It is a three-level A-frame atop a floating platform built from discarded plastic barrels. The building is powered with renewable energy and harvests rainwater.

See the NLÉ Makoko Floating School in our Solutions Library

Indigenous architecture has a similar solution to changing water levels. The upper Amazon river in Peru rises and falls with the season and houses built on log platforms in Belen, a riverside community in the city of Iquitos, float with it. 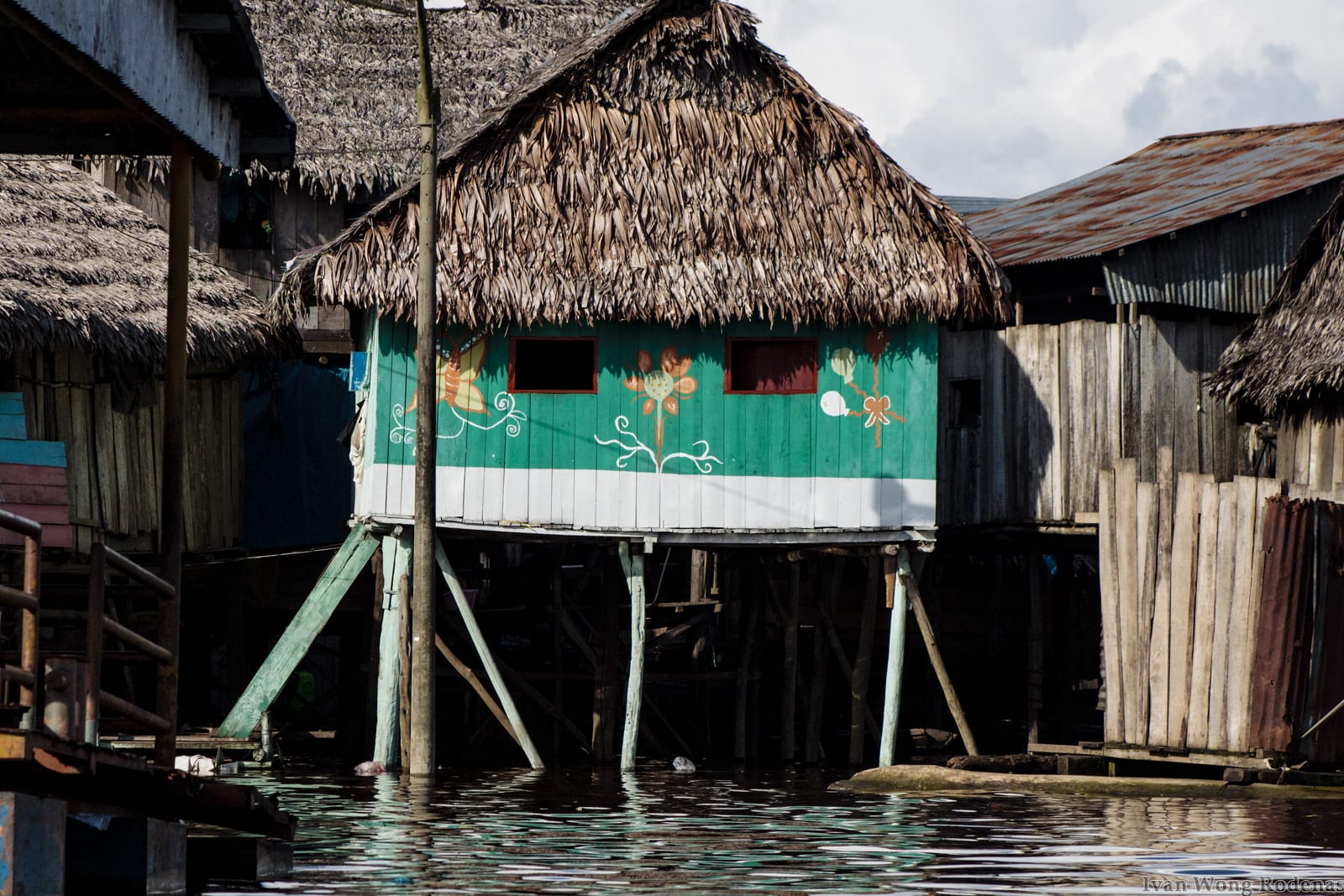 Buildings in the community of Belen are built along the shore of the Peruvian Amazon where they weather seasonal floods using stilts and foundations of floating logs. Photo by Ivan Wong Rodenas (CC BY-NC 2.0)

The coast floods in Buli Sim Sim, a Malaysian fishing village, so construction crews there have propped homes up on stilts. They may not state it as such, but the architects of this common solution are employing an example of “resilience planning,” meaning that they they have designed with flooding in mind. Other examples include permeable streets and parking lots and green spaces that can flood and absorb water.

Impoverished residents of Da Nang, Vietnam, are putting resilience planning into practice. They qualify for loans and train to retrofit their homes for flood and storm resistance.

Small islands and arid climates anywhere in the world can offset the climate’s threat to their drinking water by treating seawater or contaminated water with a solar still. A state-of-the-art desalination plant like the one in Victoria, Australia, can churn out 400 to 500 megaliters per day and costs US $1 billion or more. But small-scale and do-it-yourself models may make sense for households in small communities. The most basic solar still is simply a plastic sheet over a bucket in a pit in the ground, but slightly more upscale versions can produce several liters of potable water per day under a sunny sky and you don’t have to dig holes in the yard. These can supplement rainwater harvesting and household water treatment methods.

Glaciers are shrinking in the mountains above Ladakh, a high-altitude desert in the Indian Himalayas, and the loss of meltwater is drying up farms right at the start of the planting season. An experiment underway would solve the problem with artificial glaciers built close by the farms during the winter. Sonam Wangchuk and students at the SECMOL school made a prototype of an “ice stupa,” so-called because they resemble the religious shrines common to Ladakh and Tibet. To form it, the team piped water from upstream using gravity to deliver it to the top of the stupa as it froze and grew. Their two-story stupa contains an estimated 150,000 liters of water. More such stupas could fix their looming water crisis before it strikes. 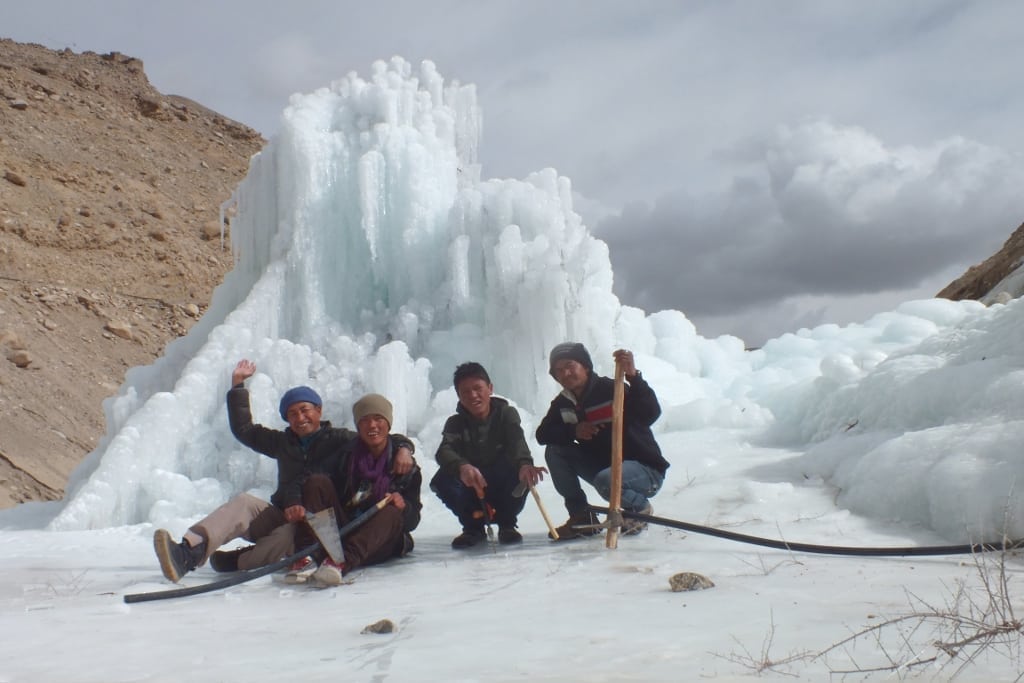 A flooded latrine is a disgusting clean-up job and it’s also a health hazard. Microbes in human waste escape into the groundwater to spread diarrhea and gut parasites. Increasingly powerful and unpredictable floods afflict coastal and riverside communities as the weather changes around the world, necessitating modifications in latrine construction. Latrines in flood-prone areas should be built on high ground above the highest known flood line. They should be lined with bricks or rocks to prevent contamination of the groundwater if they are flooded, according to a briefing by the UN Environment and DHI Centre on Environment. See Climate Change Adaptation Technologies for Water for more.

Farm in drying climates with greenhouses

Weird, new weather patterns, droughts and soil-eroding deluges are forcing farmers to look for better ways to grow crops. Terracing the land along topographical lines can level slopes and reduce erosion. And greenhouses allow farmers to grow crops year round in two-thirds of the time using only two-thirds of the water, and they can expect to see 20 percent better yields. This modular and low-cost design makes greenhouses affordable to farmers in developing countries. It’s a project by Khanjan Mehta, an engineering professor at Pennsylvania State University and a contributing editor at E4C, and his team.

For variations on the theme, try a straw bale greenhouse in our Solutions Library, or a seawater greenhouse that irrigates crops with treated seawater. And here’s a repository of greenhouse construction guides and research on viable crops. 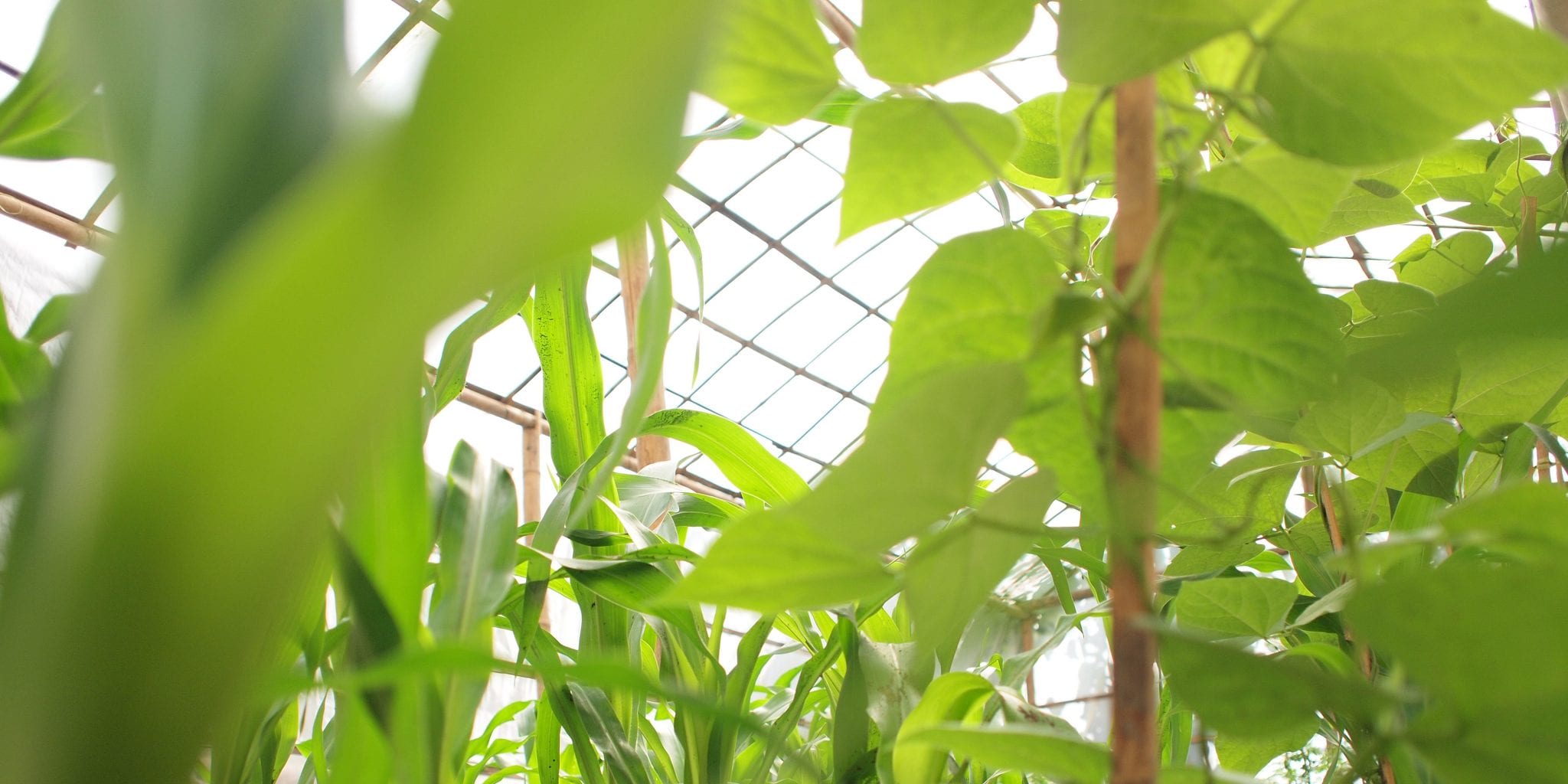 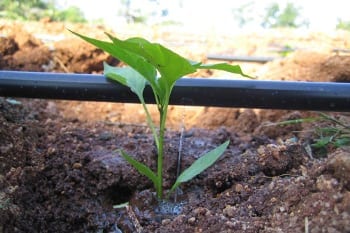 Irrigating a farm can double the amount of food it produces and buffer against dry growing seasons in a changing climate. In spite of that potential only 20 percent of farmland worldwide is irrigated, says the UN Food and Agriculture Organization. Low-cost pumps and efficient irrigation methods coming online now are making a difference in developing countries. Drip irrigation like the tube pictured conserves water and energy.

For pumps, have a look at a well-tested treadle pump design, Black & Decker’s solar irrigation pump for Indian markets and this river water wheel idea. 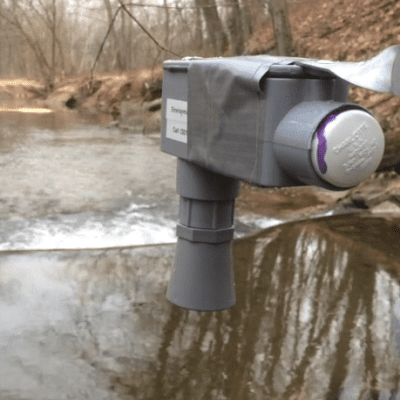 Hidrosonico is an open-source stream gauge that detects floods and sends early warnings. The device is mounted above a flood-prone body of water. It uses sonar to measure the distance between its sensor and the water’s surface directly below. Periodically, the device sends its measurements wirelessly. Its data can be seen in a database stored in the cloud, as text messages or as email as determined by the user. The product was designed to aid in collection of hydrological data and for flood early warning in developing countries.

DAI Maker Lab manufactures the device in Bethesda, Maryland (USA), but its open source designation means it can be produced anywhere without need to procure rights. The device is at work now in Cambodia, Honduras, Nepal, and Indonesia.

See details about Hidrosonico in our Solutions Library 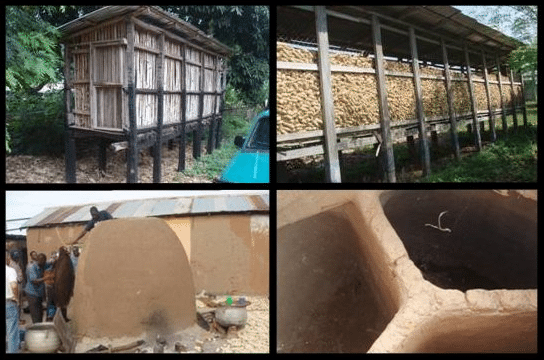 Machines that process crops and facilities to store foods can buffer farms against lean years and add value to the produce. As much as 10 to 40 percent of crops rot after the harvest when they’re not stored properly, says Sam McNeill at the University of Kentucky. He and his colleagues have developed improved grain storage facilities, each tailored to the regions where they serve.

The picture to the left shows examples of good and bad storage facilities. The mud silos in the bottom row are ideal for storing dried maizes in dry climates, and they are better at preventing losses to insects and theft than the bins in the upper row.

There may be at least one low-cost food processing machine for every type of crop and new ones come online often. See our Solutions Library for agricultural products such as oil expellers, dryers, shellers and many others. 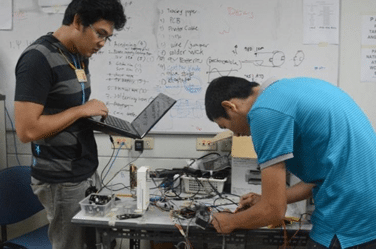 Landslides can bury and kill whole communities with no warning, but their element of surprise might be a thing of the past. Joel Marciano and a team at the University of the Philippines is developing a landslide sensor and warning system. The devices are tubes up to one meter long stuffed with a tri-axial accelerometer to detect land movement and with a moisture sensor to report on the soil conditions. The tubes are buried into boreholes on suspicious-looking slopes and they are powered either through the grid or through solar panels on site. They report out over a cellphone network to warn authorities that a landslide could be imminent. 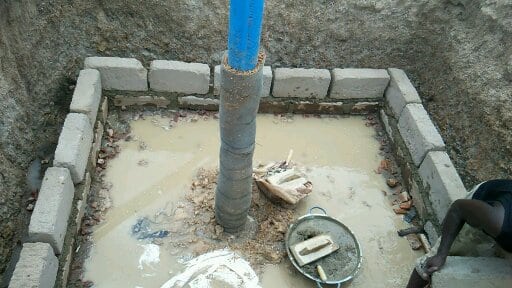 Bhungroo is a device that harvests excess water from floods or storms. It stores water in the soil and responds to natural environmental conditions. The device uses pipes of 10- 15cm in diameter to inject, filter and store water in a subsurface zone. The water is then available for use during drier weather and draught. It requires a surface space of only 1 square meter and can process 1-4 million liters of water each year.

Developed by Naireeta Services Ltd. based in Makarba, Gujarat (India), Bhungroo takes its name from colloquial Gujarati, meaning a straw or a hollow pipe. It is installed in communities in India and Bangladesh where it stores water from seasonal monsoons, and it is designed to work in Africa and other regions in the midst of economic development.

See details about Bhungroo and related products in our Solutions Library

Builders, inventors and hardware hackers let their geek flags fly at World Maker Faire in New York City and E4C had a look at the innovations. We combed through the homespun designs to find the machines that have the potential to improve lives and boost economic development worldwide. A little more about MakerFaire: It has become one of the best-known showcases for crafters and tech enthusiasts in the United States,...