The best of iShow’s cost-saving and sustainable technologies

Two trends caught our attention at this year’s iShow in Montreal: The teams are more culture and gender diverse, and the developing world matters. Four out of 10 devices in the final round are designed with developing countries in mind, and the top three finalists are cost-saving solutions that would fit in anywhere.

On June 2nd, ASME’s iShow awarded winning collegiate teams more than $20,000 for innovative projects that have the potential to sell. A hand-powered wound stitcher, a retro-fitted train brake upgrade and a wind energy mapping tool took the top prizes.

In a Project Runway kind of format, teams stood in front of a panel of judges to describe their work. “It was a great, exciting deal,” says Joshua Olesker, a member of E4C’s team who attended.

“I was amazed by the ingenuity on display, as were, I think, most of the engineer ‘grownups’ in attendance,” Olesker says. He live-tweeted the event from @Engineer4Change, and we spoke with two of the award winners to present to you E4C’s perspective on this year’s iShow.

And the winner is… 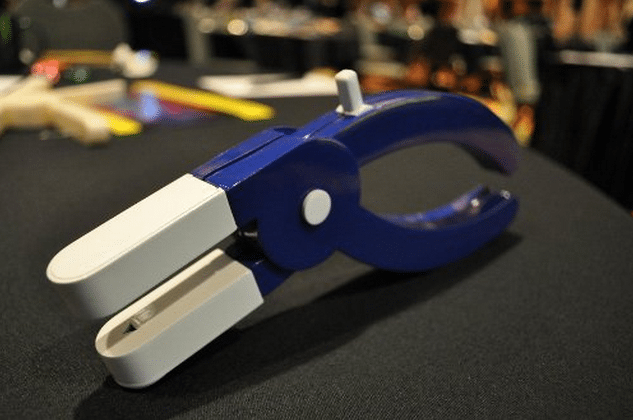 QuickStitch took first place and an award of $10,000. The device is a suturing tool that looks something like a hand-held hole punch fitted with a needle and thread. A Johns Hopkins University student design group called Archon Medical Technologies developed QuickStitch to close abdominal wounds after surgery. The tool can reduce mistakes that surgeons sometimes make when they’re stitching up a wound.

One of the mistakes it corrects is needle-stick injury, in which the doctor accidentally punctures an organ in the abdomen while stitching up the wound. QuickStitch sheathes the needle after it pokes through the tissue, protecting organs from accidental damage.

The device is cheap, human-powered, speeds up surgery and makes it safer. QuickStitch could improve healthcare in any part of the world.

“Most people think of developing countries as those who can only afford bare minimum tools. However, there are many of these same countries such as China and India who are investing billions of dollars into healthcare in the upcoming years. Our device is simple and inexpensive enough to be used by the community surgeon not just in the United States, but abroad as well,” Sohail Zahid, a Johns Hopkins student who helped design QuickStitch, told E4C.

QuickStitch is part of another trend that has persisted since past years at iShow: The healthcare field is heavily represented. Five of the 10 finalists are medical devices, and there is a sixth device straddles the lines between healthcare and mass transit improvements. FluProof, from a team at Rice University, kills flu and other airborne disease on buses.

FluProof is one of two public transportation upgrades in the final ten slots at iShow, a strong showing for the sector that we found encouraging.

An improvement for train brakes won second place and an award of $7000. A team from Santa Clara University created an equalizing distribution device. The device, remote-controlled, removable valves, can install on any train’s brake pipe to improve handling, efficiency and safety and reduce the need for maintenance.

A deeper understanding of how the wind blows around a wind power plant can improve power generation. There are wind mapping tools out there, but unmanned aerial vehicles might give the most detailed account of local air currents possible. A team from Rensselaer Polytechnic Institute has made it possible with RenAir, and they took third place and $5000 at iShow. RenAir is a combination of specially-equipped UAVs and proprietary software for analysis of the data. Their system could boost power generation by up to 10 percent, the researchers say.

“This increase in wind energy production will allow developing economies to meet the energy demands of the future without increasing their carbon footprint,” says Souma Chowdhury of RenAir.


Four entries solve developing-world problems. MIT’s OttoClavesterilizes medical instruments with off-the-shelf parts and a low build cost. (Ottoclave is not to be confused with the solar autoclave, another MIT team’s medical sterilizer for developing countries.)

The Waterboy 2 improves on the Waterboy bicycle-powered water filter. The device from a team at Western New England College now combines water filtration with a UV purifier to kill pathogens. It is made from mostly recycled parts, requires no electricity and costs about $30. 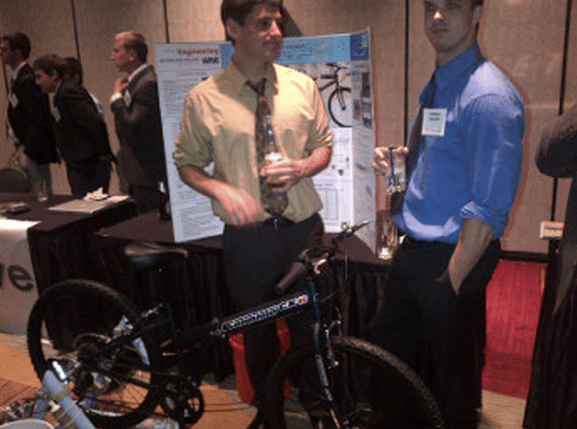 BabyBeats monitors the fetal heartbeat using a modified microphone and other low-cost parts. From another team at Johns Hopkins University, the device can help healthcare workers respond quickly to fetal medical problems and save babies’ lives.

Electronic Braille readers translate type on a computer into Braille on a device that blind people can feel. The devices are expensive and not widely available in developing countries, however. A team from the Indian Institute of Technology, Delhi, created a multi-line electronic Braille display that is cheaper and could reach more people in India and elsewhere.

Each year, iShow increasingly emphasizes sustainable technology, cost-efficiency, and solutions aimed specifically at developing economies. That’s how we know that the event is becoming a worldwide showcase for the most important innovations coming out of colleges today. Congratulations to the winners and to all of the finalists.

The global Engineering for Change community has crossed a new milestone with 50,000 registered members. To commemorate the occasion, we are pleased to introduce fifty-thousandth person to sign up as a member of our community, Dr. Shashi Kant Dargar. Dr. Dargar is an Assistant Professor in the Department of Electronics and Communication Engineering at Kalasalingam Academy of Research and Education, in Krishnankoil, Virudhunagar (Dt.) Tamilnadu, India. We asked Dr. Dargar about...