Mobile devices that replaced paper records in rural healthcare in Uganda have recently had a much-needed upgrade back to paper. Although digital records are easier to search, store and distribute, using phones and tablets to generate those records in rural villages may be a step down from old-fashioned pen and paper.

The social enterprise Shifo found that out during a pilot study of its MyChild patient record digitization system in rural Uganda. Shifo set out to free up some of the time that health workers spend on record keeping and also to register children in remote communities that the current system can overlook. The goal is to improve childhood vaccination rates and help children reach the age of five years old, which is a medical milestone in the world’s impoverished communities.

The Shifo team quickly found that mobile devices faltered in rural villages. Part of the reason was that there are few reliable electricity sources to charge batteries. Security was another issue. Mobile devices should communicate with one another over a secure network to protect the patients’ privacy, and that requires on-site technical support.

MyChild card is a paper-digital hybrid. Nurses visit their patients, fill out paper cards by hand and then drop them off at a central scanning station.

Then education came into play. Traveling nurses who tried to use Shifo’s experimental mobile tools were digitally illiterate. Until they learned their way around the device, using a smartphone to record a patient’s data ended up increasing the health worker’s workload, rather than decreasing it. And the learning process lasted 3—12 months. Added to those problems, mobile devices and laptops are expensive and have to be replaced every few years.

With that experience in mind, Shifo downshifted the technology back to paper. The Shifo team developed the MyChild card as a paper-digital hybrid. Nurses visit their patients, fill out paper cards by hand and then drop them off at a central scanning station in a large regional hospital. The scanner uploads the handwritten records to a digital database for storage and distribution. The system combines the off-grid heftiness of paper with the efficiency of digital data.

The result has been a 50 percent decline in the amount of time that health workers spend on record keeping and other administrative chores, according to a recent study that Shifo conducted on its system. The cards have also improved the way health records are shared, both with health workers and parents. 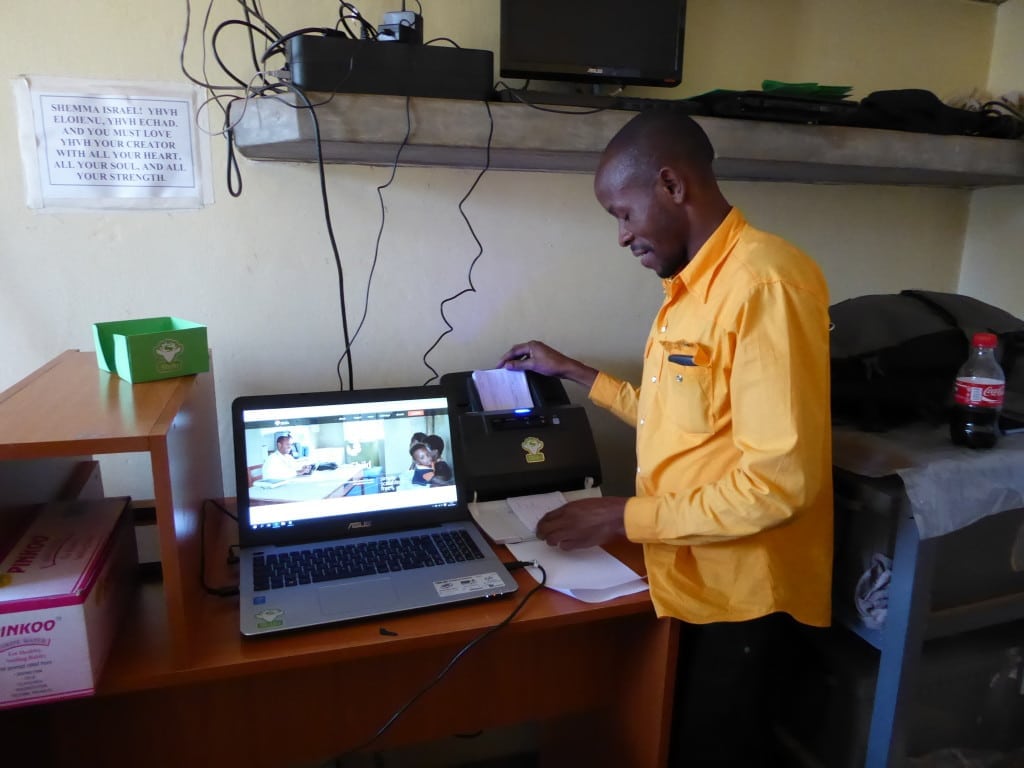 “We provide individual child health records to parents and guardians themselves today. We send it through SMS messages, so parents have them on their mobile phones. After each visit, an SMS is sent with what the child has received, and the due date for the next visit,” Rustam Nabiev, Shifo’s co-founder and director, told E4C.

“Additionally, the follow-up list based on individual child is generated per each village, and this would be given to Community Health Workers, so they know to which household to go to, for doing follow-up visits,” Nabiev says.

Shifo is trying to help health workers vaccinate every child.

With Shifo, Nabiev is trying to help health workers vaccinate every child. In 2014, 19 million babies worldwide did not complete the three-dose course of diphtheria, pertussis and tetanus vaccine (DPT). DPT is an indicator of immunization coverage. In that year, 86 percent of the world’s babies 12 months old or younger completed all three courses. Most of the ones that didn’t live in 10 African and Asian countries, including Uganda.

In Uganda, Shifo’s research discovered that health workers can spend as much as 4 hours per day on administrative tasks. They also found a shortage of nurses with a ratio of one nurse for every 3000 patients in some places. 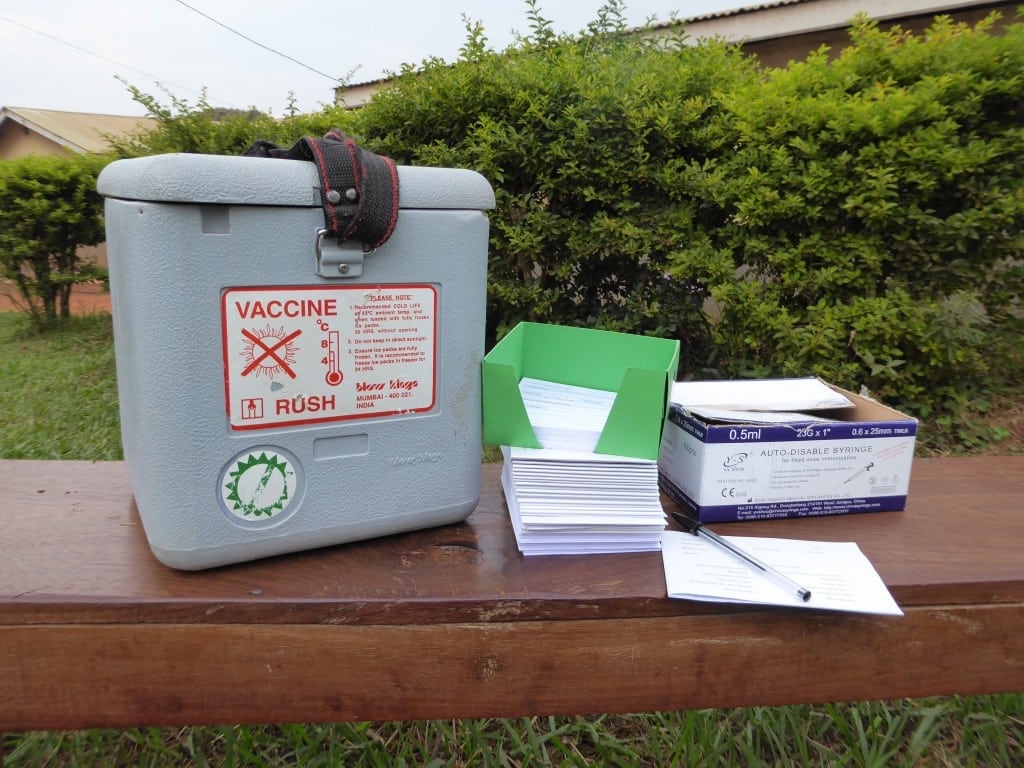 MyChild cards cut out redundancies and increased efficiency by about 120 percent, Shifo found. Nurses began to spend about 10 percent of their days on administrative tasks, rather than 50 – 60 percent like that had before.

“This is equivalent to bringing extra health worker to each health facility,” Nabiev says.

Shifo operates in two districts in Uganda with plans to expand to two more. In 2015, Shifo also began working in Afghanistan and plans to cover a district there this year.

“Personally, I am not happy with the way treatment and follow-up of children is done today. Many children are still dying from malaria, diarrhoea and pneumonia. I believe we can do a lot to simplify the treatment and follow-up process, and to make it more accessible to families in rural areas,” Nabiev says. ”I believe the global community is ready to unite in supporting every child to receive essential healthcare.”