What’s wrong with our food system?

Here’s a fact that may surprise you: As many as 80 percent of the people who don’t have enough to eat work directly in food production. The number of hungry people in the world may also come as a surprise: one in seven. That’s almost 1 billion people who go hungry every day. To fix the problem, we could support small-scale farms, mitigate climate change and reduce how much food we waste, according to the aid organization Oxfam.

Tim Norton at Oxfam Australia has depicted the issue in the infographic below. 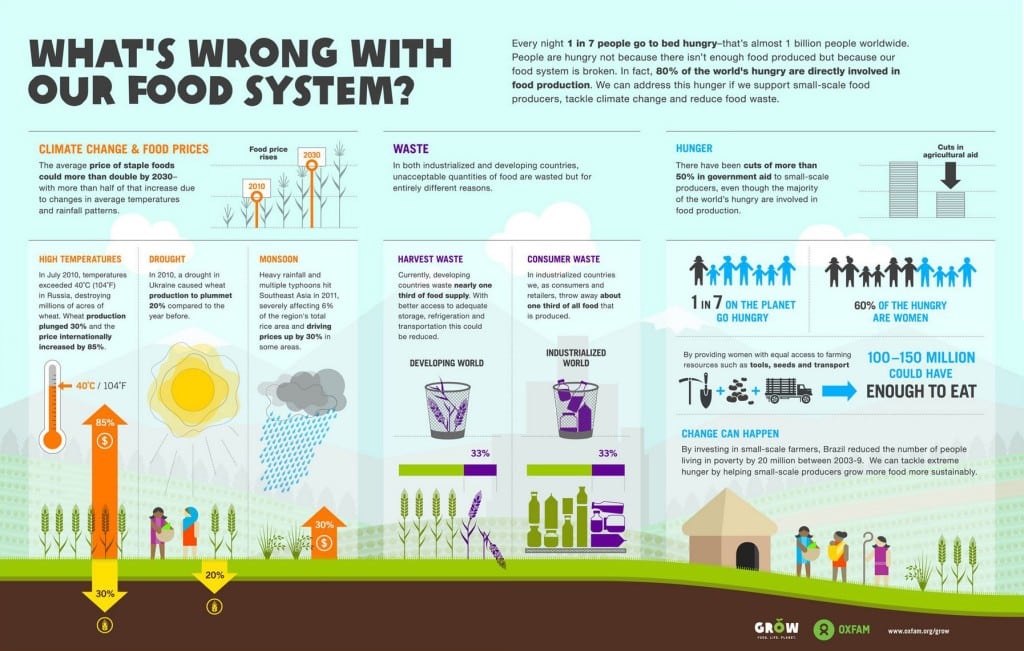 IEEE’s Global Humanitarian Engineering Awards set a tone for the field of technology for global development this year honoring well-tested tools with the potential for broad appeal. The accolades go to the counterfeit drug stopper Sproxil and iDE’s crop irrigation systems, the awards committee announced recently. Protecting the world from fake medicine Ashifi Gogo, founder of Sproxil Inc., is IEEE’s Humanitarian Engineer of the Year. Sproxil curbs the spread of...