Say you wanted to put in a well in a small community that needed water, in an economically depressed part of the world. You did your homework on how a well could be built for sustainable, good quality water. You gathered the resources, knew the well would not dry up nearby springs because you understood the local hydrogeology, and had a pump design that could be supported by the community and repaired if broken in the future. You set up a system for the community to periodically test the water quality, ensuring it would remain safe. Sounds perfect, right?

But what if that well was placed in the backyard of someone in the community that everyone disliked? You may have just started a local water war that could last generations.

There are a multitude of ways that a well-meaning engineer, with clear objectives and an eagerness to improve the human condition, can make things worse. Rather than alleviate suffering, imprudent actions can reduce the quality of community life, and individual health and safety. Plunging unawares in one of countless pitfalls is surprisingly easy, particularly for those lacking a holistic view and having little background in water projects.

Certainly, water can help both communities and ecosystems by propelling agriculture and economic growth, ensuring improvements in health, reducing work absenteeism, increasing opportunities for childhood education (which is sometimes gender-biased against girls who gather water), and combating the effects of drought and climate change. As many readers know, statistics suggest that the water and sanitation crisis will expand. The World Health Organization estimates that approximately 3.4 million people, over half of which are children, die from lack of clean drinking water each year, and the Nations Children’s Fund says that 748 million people do not have access to clean water. In addition to direct mortality from thirst and waterborne disease, mortality could be even greater because of cascading effects, such as death from malnutrition caused by water shortages to agriculture and herd animals. Sanitation statistics are even worse than water. The World Bank (2014) estimates that 2.5 billion people don’t have access to improved sanitation and 1 billion practice open defecation.

One of the major engineering problems in humanitarian efforts is the failure and breakdown of water and sanitary facilities. Ryan Schweitzer at the University of South Florida noted, “In the last 20 years, 600,000–800,000 hand pumps have been installed in sub-Saharan Africa, of which some 30 percent are known to fail prematurely, representing a total failed investment of between $1.2 and $1.5 billion.” With those figures, Shweitzer was citing the International Water and Sanitation Centre’s 2009 “slippage” roundtable briefing notes.

Many other water system and sanitation failures have been reported as well.  Peter Harvey, Senior Adviser for Water Supply at UNICEF, and his team reported that 36% of installed well pumps were nonfunctional in a survey of 21 African nations (http://www.ircwash.org/resources/sustainable-rural-water-supplies-srws-flagship-work-plan-january-2009-december-2011) . The Institute for Environment and Development reported that in the Menaca region of Mali, 80% of water points are “dysfunctional,” and 58% are in need of repair in northern Ghana. Another study, commissioned by Plan International in Ethiopia, Kenya, Sierra Leone, and Uganda, found that after preliminary appraisals and sanitation classification of nearly 5000 households from 116 villages, 92% had to be reassessed for noncompliance with open defecation free (ODF) verification criteria. And these are just a few that stand out. Many more failure reports are gathered on this page at ImproveInternational.org, the website of the organization founded by Susan Davis, an E4C Contributing Editor.

Water, Sanitation and hygiene (WASH) advocacy groups have two dominant visual themes in their advertising and donation solicitation efforts. The first image is one of privation – people without adequate water, drinking from questionable sources and traveling long distances for their water supply. The second image is one of happy people, drinking and gathering water from a new well or water source.  With all the failures and breakdowns in the WASH sector, these advertisements of traditional efforts to help those in need in the economically developing world have come under increasing scrutiny. Perhaps the most accurate visual representation of the plight of those suffering from water scarcity would be that described by Ned Breslin, former director of Water for People (and a former E4C Contributing Editor): “one that plays itself out every day all over the world of the woman walking slowly past a broken handpump, bucket at her side or on her head, on her way to (or from) that scoop hole or dirty puddle that she once hoped would never again be part of her life.”

What is critically needed is a shift in hydrophilanthropic goals from simply serving the most beneficiaries to building sustainable, resilient, repairable, water and sanitation infrastructure. Engineers need to build assets, not fragile liabilities. This involves significant effort beyond just installing facilities; it necessitates working with communities, project audits and follow-up. 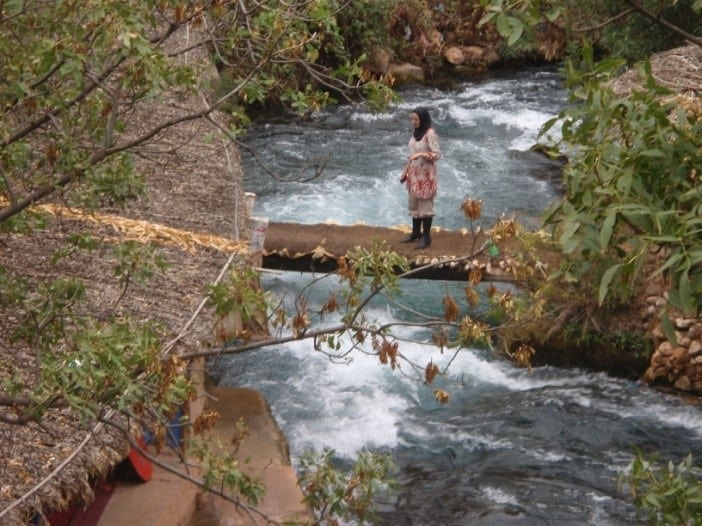 Strategies for Getting It Right

Here are a few suggestions for the hydrophilanthropist wanting to make a positive impact on communities and ecosystems:

1. Take a long-term view. Studies support the idea that fewer sustainable water and sanitation developments are more beneficial than numerous, short-lived developments which can be neglected and fall into disrepair.

2. Ensure follow up and sustainability. Make sure there are local resources, expertise, and educational programs for continued project viability. Consider regular sustainability audits.

3. Plan a post-project monitoring program, with community-based stewardship. Try to anticipate multiple outcomes for your project, and think about future, mid-course corrections (create Plan B, and maybe C and D).

4. Ensure that those who use water or sanitation facilities will be physically safe and secure. This may involve carefully planning the location of and access to facilities.

5. Also when considering location, make sure the science and engineering are right. Get experts and/or facilitators involved. Wells that are too close to pit privies can cause disease. Wells that are hydrologically connected to springs or other wells could dry them up. A borehole in the wrong geologic media could have an adverse water quality that could poison people, domestic animals, and wildlife.

6. Seek engineering designs for wells and other facilities that are the appropriate technology for the community. Sometimes low-tech is the right tech.

7. Include community education for two reasons. First, so outside people wishing to help a village can be educated by the community to understand local needs, cultural wealth and values, existing local resources, economic goals, religious appreciations, and identify gaps in human and physical resources. Second, outside people can work with locals to bring in additional educational resources, help establish household education and action plans, and explore possible connections and collaborations with nearby schools and universities.

8. Work with the local community to understand the social and moral norms. Research culture and traditions prior to your arrival, and ensure language translation accurately communicates ideas. It is not advantageous to impose preconceived values on a community. Pre-planning and pre-construction site visits can be key to establishing trust, understanding, and rapport.

9. Be aware of the political landscape. Be cognizant of the impacts of any local policies and laws, note any corruption and unrest, appreciate positive community resources, and determine how hydrophilanthropic work might best fit in.

10. Know the impacted population’s goals for economic development and specifically how a water or sanitation development can strategically help boost economic growth. Think about how your project fits into a livelihoods-based approach to community development.

David K. Kreamer is a Professor of Geoscience, a Graduate Faculty member in Civil and Environmental Engineering, and past Director of the interdisciplinary Water Resources Management Graduate Program at the University of Nevada, Las Vegas. He serves as Vice President for Science and Program Coordination for the International Association of Hydrogeologists, has authored over 65 professional publications, has served as a professional consultant and expert witness in legal proceedings concerning groundwater, and has given over 200 invited lectures, seminars and workshops in recent years in Europe, Asia, the Caribbean, Australia and the Pacific island nations, South and North America, Africa and the Middle East.

Note: This technology is one of our Promising Prototypes to Watch in 2019. See the full list at the link. Stainless steel production can be dirty. Worldwide, the process generates hundreds of thousands of liters of industrial sludge every hour. All that waste has a cost, both as an environmental toll on the natural world and an economic one on the steel industry. But it doesn’t have to be that...