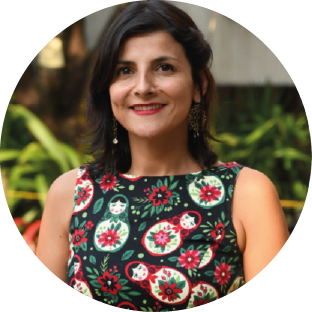 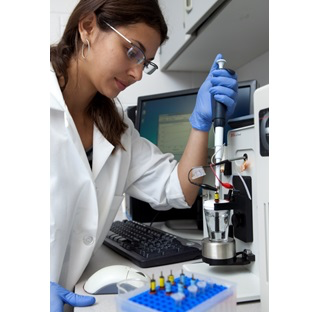 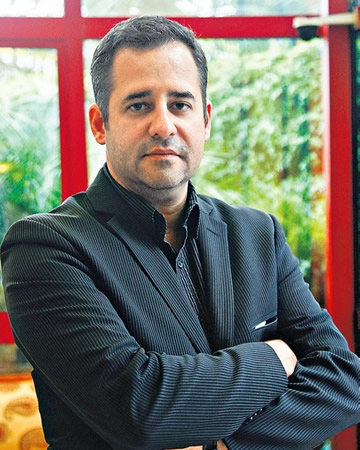 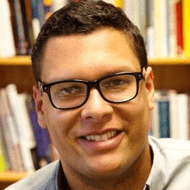 Assistant Professor of Mechanical Engineering at the University of Michigan.

Mercury is used in artisanal mining to extract gold from ore, but when improperly handled, it is a pollutant that can compromise human health, ecosystems and the cultural heritage of local communities around the world.

In partnership with Conservation X Labs, and as part of our commitment to preparing the future generations of technical professionals to design and deliver solutions that achieve the UN’s Sustainable Development Goals (SDGs), Engineering for Change is supporting the dissemination and awareness of The Artisanal Mining Grand Challenge: The Amazon. The challenge offers a unique opportunity to students, entrepreneurs, engineers, designers and others to address critical issues in small-scale mining in the Amazon.

In this Seminar, researchers will describe their work among gold mining communities in Latin America. They will outline their collaborative research process, and speak to the scientific, social and political challenges they face in addressing mercury contamination.

Communities in southeast Colombia have mined gold manually for hundreds of years with minimal impact on local ecosystems. That changed in the past two decades, however. The means of gold extraction have transformed with the arrival of foreign actors who introduced new technologies, including extraction with mercury. Today, artisanal mining is more mechanized than manual, women are no longer as involved in the work as they once were, and environmental degradation has become a major issue. But perhaps the biggest threat has been the heavy usage of mercury. Mercury affects demographic groups differently, with effects among women, children, the elderly and the poor that exacerbate inequalities in social power dynamics. For the past five years, a transdisciplinary team of researchers from Colombia, Brazil and the United States including Irene Velez-Torres and Diana Vanegas, have joined with social organizations from La Toma, in southwest Colombia, to assess the problem of mercury contamination. Their findings are shared with mining communities to help mitigate the social and environmental changes linked to the pollution. For  information on the project please see mercurioaltocauca.com.

Driven by two decades of record-high gold prices, artisanal mining is now a problem in every country in the Amazon basin, and has caused widespread forest and biodiversity losses and watershed contamination. Luis E. Fernandez, head of the Center for Amazonian Scientific Innovation (CINCIA), will provide an overview of the threats and complexities of artisanal gold mining in the Amazon basin using knowledge gleaned from more than 15 years of work on mining in Latin America. Luis will also discuss the vital role of innovation to develop new approaches to improve the ways that threats are characterized, develop new ways to reduce mining impacts, and innovate new methods to recover and restore the devastated landscapes that are left behind after mining.

E4C’s Seminar Series features academic laboratories researching solutions to meet the United Nation’s Sustainable Development Goals. The world’s cutting edge research deserves a platform with a global audience. Join us for presentations of new findings from investigative teams around the globe each month. And researchers, we welcome your applications to take part in the series. Please send an email to research@engineeringforchange.org.

Dr. Irene Vélez-Torres is a Full Professor at the University of Valle. She obtained her Ph.D. in Human and Political Geography from the University of Copenhagen after having studied Philosophy (Bs) and Cultural Studies (MsA) at the Universidad Nacional de Colombia. She has been visiting scholar at the el Institute of Social Studies (ISS) in The Hague (The Netherlands) and at Loughborough University in the U.K. Her region of interest in Latin America and its glo-cal connections, Colombia in particular, where she works on the critical analysis of rural conflicts, socio-environmental iniquity, and issues of racial and ethnic inequality. She considers participatory and interdisciplinary methodologies of crucial importance in order to create knowledge that is valuable for the communities as well as for academia. Currently, she is very interested in the analysis of the social, political and environmental transitions in the context of the Peace Agreement between FARC guerrilla and the Colombian government. Also, she is leading an innovative transdisciplinary strategy for environmental monitoring involving local communities in understanding pollution and contributing to the protection of territories. Irene is currently a Fulbright Visiting Scholar at Clemson University, USA.

Dr. Diana Vanegas earned her Ph.D. and Masters in agricultural and biological engineering at the University of Florida. Prior to that, she received a degree in food engineering from the Universidad Del Valle in Colombia. While her research is mostly focused on biosensors development, she has many other areas of expertise. Dr. Vanegas’ skills include, but are not limited to, electrochemical detection, electrochemical analysis, voltammetry, cyclic voltammetry, electroanalytical chemistry, self-assembled mono-layers, electro-deposition, nanomaterials, impedance analysis and electro-catalysis. She joined Clemson in 2019. Dr. Vanegas is interested in engineering solutions to technological challenges related to food and agriculture in settings of low resource and marginalization. Dr. Vanegas is focused on integrating and adapting technologies to support sustainable food systems, and her program spans the United States, Colombia and China. Current projects involve development of low-cost nanosensors for detecting environmental contaminants affecting rural communities in South America (e.g. mercury from artisanal gold mining, and glyphosate from large-scale monoculture agriculture), as well of development of low-cost hydroponic systems for restoring food sovereignty in places where lack of space, and access to healthy soil are limiting the ability of ancestral communities to grow culturally-relevant crops. Due to the nature of her research, Dr. Vanegas’ team is highly transdisciplinary.

Luis E. Fernandez is the Executive Director of Wake Forest University’s Center for Amazonian Scientific Innovation (CINCIA), a research initiative that examines the impacts of artisanal gold mining, mercury contamination, and deforestation in the Peruvian Amazon. Luis is also a Research Associate Professor in the Department of Biology, and a Fellow at Wake Forest University’s Center for Energy, Environment, and Sustainability (CEES). Trained as a tropical ecologist, Luis is an expert on the environmental impacts of artisanal scale mining and mining-related environmental mercury contamination in tropical ecosystems. He has held professional positions at Stanford University, Carnegie Institution for Science, US Environmental Protection Agency, Argonne National Laboratory, and the University of Michigan; and has led major research efforts in Brazil, Colombia, Peru, and Madagascar. His research and policy work has been profiled in CNN, NPR, PBS Newshour, Washington Post, Nature, Mongabay, Le Monde, and the Associated Press.

Dr. Jesse Austin-Breneman is an Assistant Professor of Mechanical Engineering at the University of Michigan. He earned his Ph.D. in Mechanical Engineering in 2014 from MIT. He also holds a S.M. in Mechanical Engineering from MIT and a B.S. in Ocean Engineering also from MIT. Previous to his academic career, he worked as a development engineer in Peru, working with rural communities on alternative business opportunities and with local doctors’ groups on medical device development. He also spent two years as a high school mathematics teacher in Boston, MA. He currently is the director of the Global Design Laboratory. The group focuses on developing design processes and support tools to help multi-disciplinary design teams think at a systems-level when performing complex system design tasks. This includes investigating the best way to incorporate system-level interactions between stakeholders in emerging markets into the design decision-making process.