2014 was a strong year for democratic design, funding and manufacturing. We saw the continued ascension of 3D printers, with applications that range from time savers, like this customizable corn sheller, to life changers such as prosthetics manufactured for bomb victims in war-torn South Sudan (see below). Generous spirits in the open source movement have been busy making good design accessible. And the deep pockets of the crowd have used Web sites to fund dozens of technologies for global development, including biochar for water filtration and earthquake-resistant housing for Haitians.

These are our picks for 10 promising technologies for global development that made headlines in 2014.

An online collaboration between two engineers on opposite sides of the world yielded this award-winning solar water pump for Indian farms, the Atom Solar Sun Trolley. Eric Jensen, an agricultural engineer in Canada, and Vivek Mundkur, a retired engineer in India won €8000 in prizes to develop their prototype through Greenpeace’s Revolution Challenge design contest. They released this video of their prototype in March.

For more solar pumps, see our gallery of 15 concepts to replace diesel-powered pumps on Indian farms.

A new technology for water purification simplifies the already easy-to-use ceramic water filter, stripping it down to just a ceramic disc. Just drop the Madi Drop tablet into drinking water and the silver-nanoparticle-infused disc starts to kill disease-causing microbes.

“The MadiDrop is working just as well, if not better, than what we see in the literature with ceramic filter performance,” Beeta Ehdaie, a doctoral candidate in civil and environmental engineering at the US University of Virginia, who is leading the development of Madi Drop, told E4C. 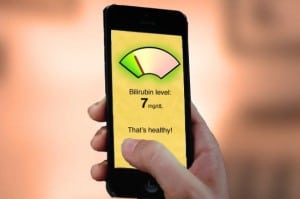 Bilicam is a smartphone application that diagnoses jaundice in newborns. It is still in development and available now only for clinicians, but in the future it could be a low-cost, powerful tool for parents and rural clinics in developing countries and anywhere in the world. 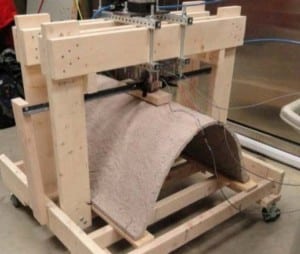 Scott Hamel and his colleagues at the University of Alaska tested thin-shell barrel roofs for earthquake-resistant construction in Haiti. The roofs cost little and stay classy while resisting earthquakes and corrosion, making them a functionally attractive newcomer to Haitian architecture. 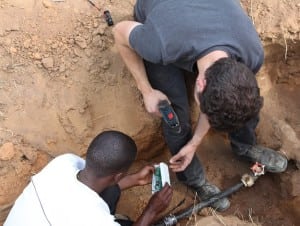 MoMo sensors won a Global Fab Award this year. They fit onto water pumps, power lines and other infrastructure in developing countries to monitor their performance. The devices send notifications wirelessly, and they can run off of solar, grid or other power. The hardware, firmware and software are open source. You’ll find details at the source files.

For more Global Fab Award winners including smart aquaponics, printable prosthetics, a digital loom and a new crop of sensors for the Internet of Things see our coverage, Ten open source devices for global development at the Global Fab Awards.

When telecommunications go offline after a disaster, never fear, this open-source telecom tower can come to the rescue. Paul Gardner-Stephen and other students at Flinders University in Adelaide, Australia, have created a low-cost telecommunications tower that can collapse for transport in the luggage compartment of an airline. Set up takes seven minutes, custom parts can be 3D printed in the field, and the cost is about $600 (US $530). See the project on Github for plans and instructions.

The tower was featured this year at the Global Humanitarian Technology Conference in Silicon Valley, California. For more technologies presented at the conference, including landslide sensors, Twitter for relief coordination and others, please see our coverage, The next generation of technology for disaster preparedness and relief.

Sonam Wongchuk and his team have created artificial glaciers in a seasonally dry riverbed in Ladakh in the foothills of the Indian Himalayas. They use low-tech methods to move water and grow “ice stupas,” named for the dome-shaped Buddhist shrines that the ice structures resemble.

The ice stupas supplement the natural glaciers in the mountains above the villages. In recent years the glacier-fed streams have been drying up. With rising global temperatures, the glaciers don’t grow as large as they used to, and they melt early leaving no water to trickle to the villages below.

To understand this machine you have to know what foufou is, and you also have to know that it’s a chore to make it by hand. Foufou is a dish made in some African countries from tubers such as yams or manioc. Traditionally women pound the tubers into submission by hand, but Logou Minsob, an electrical engineer in Togo, has created the Foufoumix, a machine that processes foufou in just eight minutes. Foufoumix was chosen as one of the top 10 inventions at the Innovation Prize for Africa 2014.

This is the kind of thing we’ve been hoping for from DIY biotech: A low-cost, low-ish tech PCR machine composed of hairdryer parts in a shoebox (plus some other things). The Amplino could take a leading role in field testing for malaria. The Guardian has more.

Not Impossible labs teamed up with Robohand to create 3D-printed prosthetics manufacturing facilities in South Sudan. The low-cost prosthetics serve victims of the region’s conflict. We featured their project in a broader report: 3D printers may be poised to take off in developing countries.