10 things you can do with sunlight

Sunlight: it’s not just for charging calculators anymore. In off-grid communities and developing countries, people have found inventive ways of making our closest star work for us. Our list starts with solar panels and moves on to some lesser known applications. These are ten things you can do with sunlight. 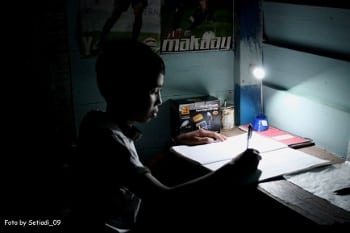 A boy studies by the light of a Barefoot solar LED lamp. Photo courtesty of Barefoot Power

What top ten list of solar technologies would skip photovoltaics? Not ours. Solar panels are racing upward in efficiency and downward in price. The trend has prompted speculation that solar might have the equivalent of a Moore’s Law—the law that estimates that the cost of computing power drops by half every year and a half or so. We’ve enshrined PV lighting technology in our Solutions Library. We’ve also written about some of the worthwhile solar-charged banks of LED lamps on the market now, such as Barefoot Power and D.Light.

Solar PV features in an IEEE Humanitarian Technology Webinar on lighting rural Africa. The idea is that solar generators could serve as “energy kiosks,” stations where off-grid communities can take their batteries and devices to charge. The webinars, by the way, are freely available on our YouTube channel and provide continuing education credits to IEEE members.

As the engine of the water cycle that occasionally rains on crops, the sun is a fickle technology. With the right hardware, however, you can harness the sun to pump water onto your field at will. Organizations such as the US-based iDE and the Netherlands-based Practica Foundation are developing solar thermal and steam pump prototypes for use in off-grid and resource-poor communities. Practica is testing prototypes now on farms in Ethiopia, and its team made this informative animation that breaks down the thermal pump’s construction and shows it in action.

Empty soft drink liter bottles filled with water and a splash of bleach are installed in the ceilings and lighting hundreds of thousands of homes in the Philippines. One of the simple and beautiful uses of sunlight, the Isong Litrong Liwanag project by the MyShelter Foundation aims to provide these low-cost daylights for 1 million homes by next year. 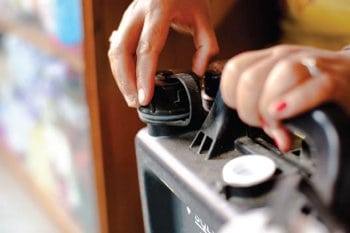 This solar water sterilizer treats 10 liters of water in two or more hours, depending on conditions. Photo courtesy of Solvatten

Mash up three of the ingredients from the daylights above – sunlight, water, and bottles – and you can sterilize water to make it safe for drinking. Leave clear bottles in the sun for a couple of hours and the UV radiation and heat kills the microbes that cause diarrhea and other waterborne illness. We explain the “Sodis” (for solar disinfection) method and it’s deployment in Haiti. For a more developed disinfection device, Solvatten sells a jerry-can-like container with a built-in thermal indicator that lets drinkers know when the water is safe to drink. 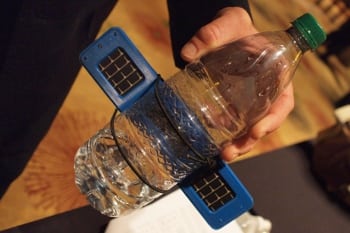 The average clear plastic bottle left in sunlight can safely disinfect water with this indicator that gives a green light when the water has had enough exposure. Photo by Rob Goodier

The sun and a bottle are all that’s needed to sterilize water, but at least two solar-powered devices take the guesswork out of DIY solar sterilization. This solar water disinfection indicator is a prototype that we came across at IEEE’s Global Humanitarian Technology Conference. It sits behind a bottle and sense the amount of light that passes through. When it has determined that there was sufficient light to sterilize the water, it gives a green light. Helioz is a similar concept with a top-mounted design. 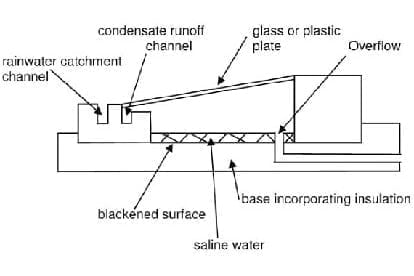 This solar water sterilizer treats 10 liters of water in two or more hours, depending on conditions. Photo courtesy of Solvatten

Water distillation is an age-old, simple and still-fascinating concept that can save lives and make unpotable water pure. The principle is basic evaporation and condensation, but within a container. The sun heats saltwater, mud, or any kind of polluted water, the water evaporates and the vapor condenses on surfaces in the device. It then runs into a storage trough of some kind, which can vary according to the design. 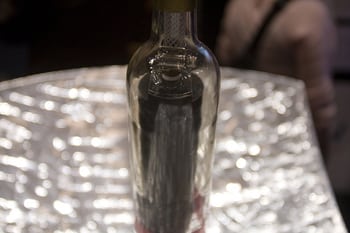 This is a detail of the glass water bottle at the top of a solarclave prototype. Credit: Rob Goodier

The “Solarclave” is our absolute favorite solar-powered surgical instrument sterilizer. The device, under development at MIT, channels solar energy to heat water and provide the right amount of pressure and heat to sterilize medical tools. With the infamously intermittent power supplies at many rural clinics, the device is a more reliable autoclave than the traditional plug-in variety. And it’s much cheaper.

The solar oven is a cheap device that works if the weather is right, you’re cooking during the day and you have some time. All of the pieces of a great idea are there – clean, abundant power and cheap, locally-sourced materials. But solar cooking usually takes too long and it forces people to cook at noon rather than in the morning or at night, when most of us usually cook. These well-thought-out prototypes solve those problems in two different ways.

The E4C community has helped the India-based Climate Healers team design a solar cookstove that stores thermal energy during the day to use for cooking at night.

Solving the efficiency problem, Brian White, a stone mason, has experimented with low-tech ways of making parabolic reflectors track the sun throughout the day. White has made both a dripper tracker and a liquid piston to turn the reflectors and cook food more quickly. 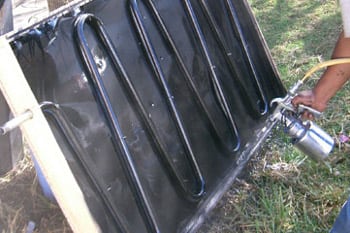 A serpentine solar water heater, featured in our Solutions Library.

An offshoot of solar water-heating technology, a solar water wall can gather the sun’s heat and use it to heat rooms and dry grains and other foods. A team of E4C members in Morocco is developing a solar water wall made with plastic bottles to heat an agricultural dryer. You can contribute to their plans here.

The more traditional solar water heater has its uses, too, and you’ll find a serpentine heater in our Solutions Library.

This solar cell antenna doubles as a power source for communications devices and an antenna for receiving and transmitting radio waves. Photo courtesy of Suresh Kumar

In compact communications devices where each component competes for space and against weight limits, an antenna that doubles as a solar charger is a smart idea. A team of E4C members at Pavendar Bharathidasan College of Engineering and Technology in Tamilnadu, India, have prototyped the technology in a vehicle-mounted GPS system and in radios for off-grid use. This type of device could power remote environmental sensors or fly on future autonomous, solar-powered atmospheric satellites – the unmanned planes that stay aloft indefinitely. The Indian team presented their idea at IEEE’s Global Humanitarian Technology Conference in Seattle, Wash. in Oct. 2011.

Though expensive, solar refrigerators have an important place in developing countries as dependably cool places to store vaccines and other temperature-sensitive medicines. Electricity is sometimes intermittent or non-existent at rural clinics and in transport between facilities, and some drugs perish if they become too warm or if they freeze. The UK-based company True Energy has developed a freeze-resistant solar fridge that maintains a constant temperature of four degrees Celsius. Merging two appropriate technologies, the solar fridge and carrying things on camel back, a team at Princeton University developed a rig for transporting vaccines between rural clinics.

Failure claims an elevated status among start-ups and global development practitioners, who hold up their good tries and mistakes as examples from which others can learn. But one of its corrollaries can be hard to find in scientific literature: The failure to reject the null hypothesis. That failure is kind of like the absence of a result from an experiment, or, in global development terms, the discovery that a new...