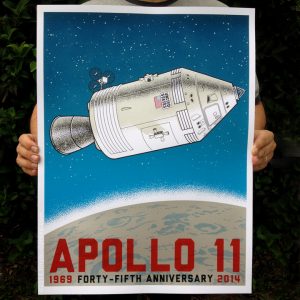 I was honored to be selected as an Entrepreneur-In-Residence (EIR) for the September–October 2018 Singularity University Incubator. SU Ventures offers the opportunity for seasoned entrepreneurs to put their skills and lessons learned to use, helping to support the next generation of impact founders. The EIRs are tasked with meeting teams and founders where they are, poking holes and providing guidance where the founders need it most. EIRs support and guide the next generation of impact entrepreneurs and future Singularity University company founders through the SU Incubator. The ideal SU Incubator participant to be guided by the EIR is an individual or cofounder pair ready to immerse themselves in an intensive program designed to transform their moonshot idea into a viable startup. The ideas and idea-stage startups that enter the Incubator should be clearly aligned with the mission of Singularity University; that is, the founders/individuals plan to apply exponential technologies to address humanity’s grand challenges.

I was not able to participate as an EIR this time around due to unavoidable circumstances but I still hope to participate in the near future. However, whilst planning to attend, the process got me thinking about Africa’s position in the adoption of moonshot thinking.

So just what is a moonshot idea?

Google’s definition of a moonshot is a project or proposal that:

The term “moonshot” derives from the Apollo 11 spaceflight project, which landed the first human on the moon in 1969. “Moonshot” may also reference the earlier phrase “shoot for the moon” meaning aim for a lofty target according to WhatIs.

Astro Teller, Head of X, formally Google X, defines a moonshot as going 10x bigger, while the rest of the world is trying to grow 10 percent.

This video captures well what Moonshot Thinking is:

Why do moonshots matter?

As Astro described it, there are three principal reasons:

How can Africa take moonshots?

The UN projects that Africa will be home to 4 billion people by the end of this century. The population explosion threatens to strain and maybe snap the continent’s already scarce reserve of resources. But even more concerning is the fact that Africa will have the world’s largest workforce—larger than that of either China or India—by 2035. Moonshot ideas may be the best solutions to the problems that arise from Africa’s projected (and current) overpopulation and underemployment.

From my thinking, the questions that arise are:

Proposed solutions from my research

Please feel free to join the conversation by adding to this list of what would enable Africa to encourage moonshot thinking and give examples of anything happening to this effect on the continent right now.

Sylvia Mukasa is a Contributing Editor at Engineering for Change and the CEO and Founder of GlobalX Investments Ltd, an IT  and telecommunications consulting firm in Nairobi, Kenya. Ms. Mukasa has been a Next Einstein Forum Ambassador, a TechWomen Fellow, and the Kenya Chapter Lead/Country Co-Founder and Operations Board Member for Women in Tech Africa.

Design for a Warming World

Editor’s note: Eye care venture PlenOptika found that contrary to common assumptions, the reason more people in the world don’t wear glasses isn’t from lack of need or because glasses are too expensive. Here we offer a case study on the US and Spanish startup that was first published in Demand magazine in Spring 2017. Demand: ASME Global Development Review is shuttering after six years of publishing in-depth coverage of the...