One underlying factor in Colombia’s civil war that is not often mentioned is infrastructure. There is a lack of access to basic services in rural Colombia, and it exacerbates unrest among rural communities. Those include farmers and ex-combatants in regions that were previously controlled by the armed rebel group the FARC. Recently, Iván Márquez, a former commander in the Revolutionary Armed Forces of Colombia (FARC), announced a new armed uprising. There is not a straight line between the state of infrastructure in those regions and the call to arms. But design and engineering are key in the process of reconciliation, and there was not enough effort on that front during the short period of peace. Building infrastructure to meet basic needs is necessary, not only to meet humanitarian goals and the UN’s Sustainable Development goals, but also to promote peace.

For decades, basic needs like access to safe water, especially in rural areas, have been overseen by the government. Often poorly. This is one reason why, initially, guerrilla groups rose up in response. Signing the peace treaty was a great achievement. However, the government and country were not prepared for what the post-conflict process required to maintain both sides of the bargain and replace the demobilized areas with state presence.

Colombian history has been marked by more than 50 years of internal conflict. In 2016, the country took a great step forward and signed a peace treaty with FARC, Colombia’s biggest guerrilla group. In the post-conflict period that has followed, public and private-sector growth and reconciliation initiatives played a crucial role in rebuilding the community. One of these events was the International Development Design Summit (IDDS) “Building peace” that took place in 2018, six months after the unilateral disarmament of FARC. As a participant of this event, I lived and worked together for two weeks with FARC ex-combatants, local country farmers and other people from around the country and the world, to design a water-harvesting prototype. 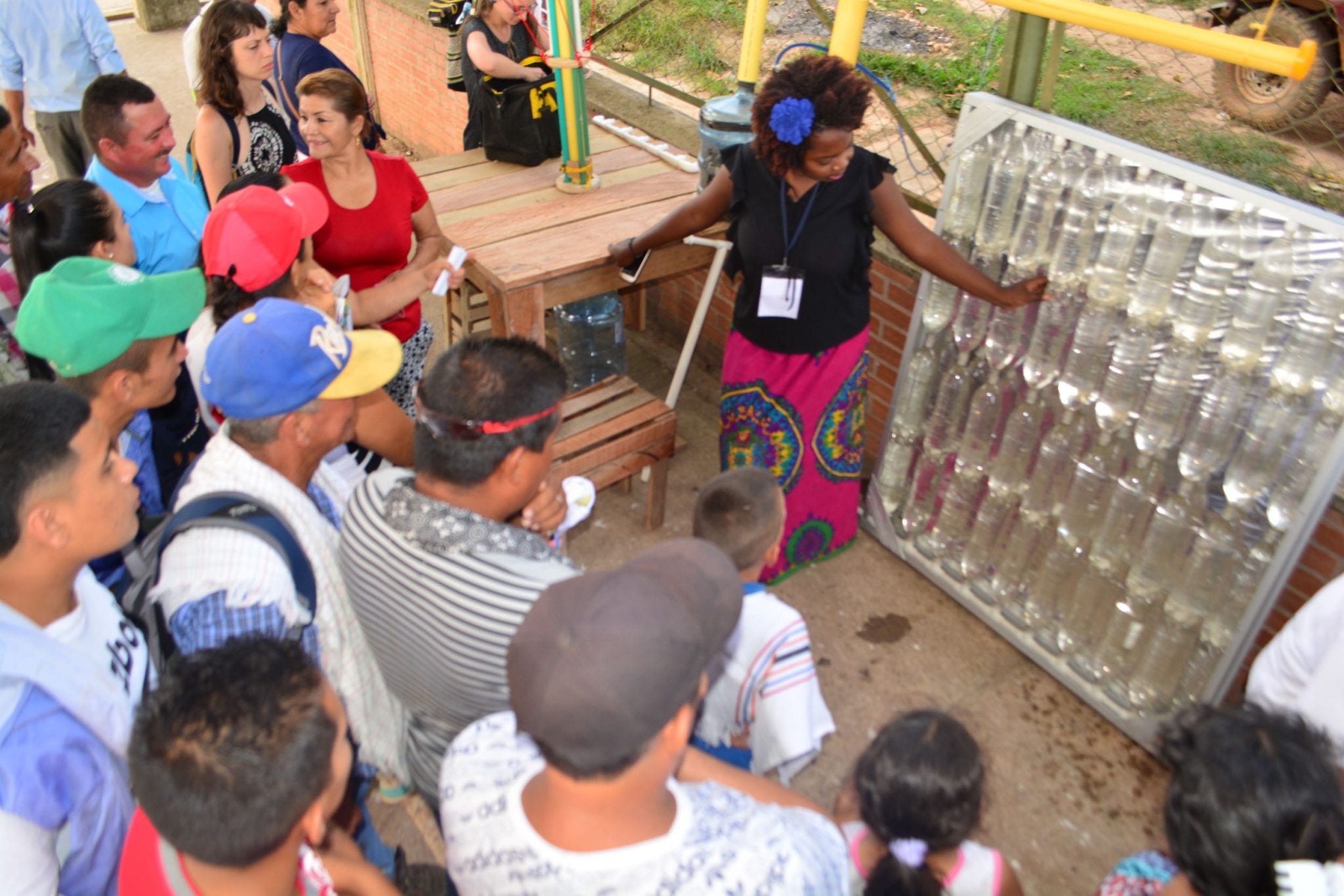 IDDS events are intense hands-on design training experiences founded in 2007 by Amy Smith from MIT D-Lab, that have taken place in Africa, North America and South and Central America. IDDS “Building peace”, the fourth IDDS held in Colombia, organized by Universidad Nacional de Colombia and supported by the IDIN network, especially addressed the topic of “Reconciliation through co-creation”. As all IDDS, it was based on the Creative Capacity Building (CCB) methodology and on the idea that working together with local communities is more powerful than designing solutions for them. The key is bringing together people from different and diverse backgrounds.

I traveled 12 hours by bus from the capital to unknown and previously very dangerous Colombian territory to attend this summit, which took place in one of the designated territorial spaces for training and reincorporation located near El Capricho village in the department of Guaviare. This was where FARC ex-combatants temporarily lived after laying down their arms and were transitioning to civilian life. Using design and co-creation, IDDS “Building Peace” allowed communities from different sides of the conflict to come in contact, create new bonds between people and encourage the articulation of the social fabric, all while designing tangible solutions to solve the common local basic needs.

My group was composed of two FARC ex-combatants, a campesino (farmer) and inventor, a Colombian environmental engineer, a biologist and a designer, and a Brazilian designer, brought together around the common interest of water as a vital resource. Although Guaviare is a region with abundant rivers, streams and water springs and 9 months of rain per year, access to safe drinking water was a common need for local communities. We decided to explore ways to capture and treat rainwater to provide an alternative to the discontinuous access to water due to unreliable power sources. Soil run-off was a mayor problem we had to consider; during the rainy seasons this water source wasn’t used. 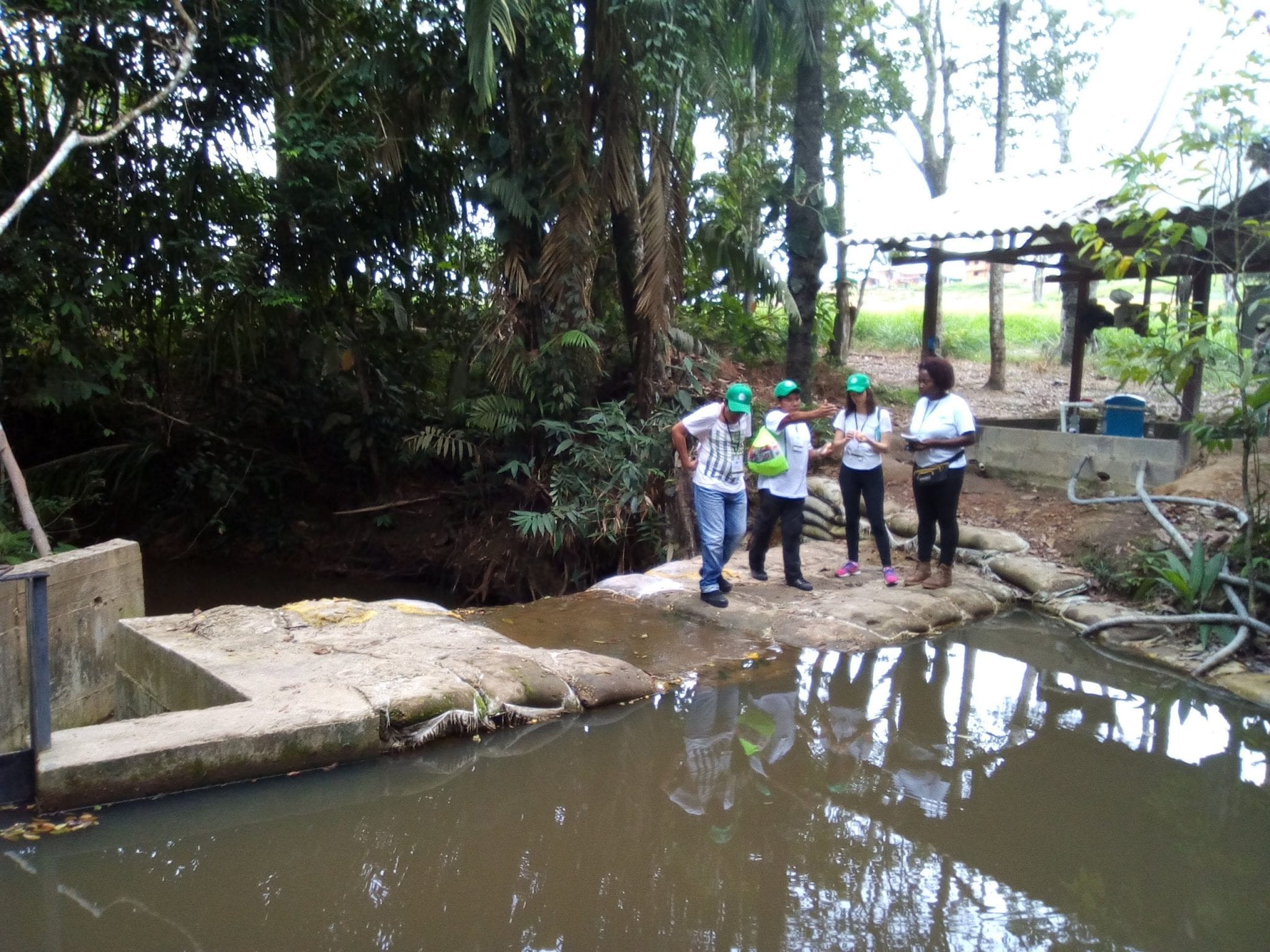 At first, group interaction and decision-making was challenging because of the different opinions, views and skills amongst team members. Fortunately, as the different learning, capacity-building and integration activities progressed, we developed a sense of team belonging; we gave our group a name and built our group worktable. Working together towards a common goal and staying in similar accommodation provided a space to share our stories and meet the unknown reality of the others, providing a different perspective. My preconceptions changed and I got to learn the other side of this controversial story, never broadcasted on national news.

After brainstorming, experimenting with solution ideas, and receiving feedback from users, we constructed two rainwater systems. One was a mobile system, composed of an inverted umbrella to capture rainwater that could open and close manually, intended for common social areas. The other was a fixed system made up of a gutter connected to a portable module of PET bottles to store and disinfect water by means of the solar disinfection (SODIS).

This water-capturing and treatment prototype was publicly exposed at the end of the event, at one of the local towns coliseum along with the rest of the prototypes developed in the summit. This experience allowed “campesinos” (farmers) and FARC Ex-combatants to safely interact face to face around low cost solutions to common topics of interests and problems, showing that with some training, alternatives for their daily problems could come from within.

Unfortunately, since the IDDS “Building Peace” event in January 2018, conflict continues to persist in some regions of Colombia where smaller rebel groups have risen to take control of ex-FARC territory. Social leaders are attacked to this day. Local farmers, many of them impoverished, struggle to meet basic needs while more than 12,000 hectares of rainforest have been destroyed by locals and colonizers.

I believe that Colombians still want peace. However, how things will develop from here on is unknown. The lack of basic necessities that originated the conflict in the first place is still a problem. As shown here, design and co-creation are one way to turn problems such as these into opportunities and bring people together. While not a panacea, activities such as IDDS are of critical importance to rebuild communities. Yet, more will be needed at this point. I hope to see alternatives to official negotiations, perhaps measures proposed by the Colombian civil society, that include design and co-creation tools as well as many others. That may be another way to rebuild peace for war-torn communities in Colombia.

Sunzilla travels as a box that fits on a standard shipping pallet. When it’s time to go to work, this solar generator opens its panels like a flower toward the sun. The design is open source and the company’s website includes an instruction manual for building one at home. Besides the pretty concept, one of the unit’s other attractions is its flexibility. Builders can add panels as needed, and users should...