New houses under construction in the remote Leyte communities of the Philippines after Typhoon Haiyan. Photo by Tom Newby / Twitter

Emergency shelter for the people: Four questions with Tom Newby 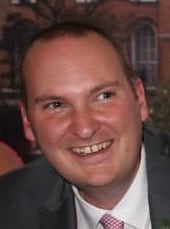 Tom Newby is a structural engineer who has led CARE International’s Emergency Shelter Team since December 2013. He is based in the United Kingdom and has worked in the United States, Haiti after the 2010 earthquake, the Philippines after Typhoon Haiyan in 2013 and Nepal after the 2015 earthquake and elsewhere. We asked Tom four questions.

E4C: What is one of the common mistakes made during reconstruction after a disaster? And is there a solution?

TN: One of the biggest misconceptions in post-disaster shelter is that the need is for clever technical solutions. The road to shelter is paved with failed shelter inventions (shelterinventions.blogspot.co.uk). In fact, such products tend to be too expensive and they take away people’s freedom to choose what they want to live in and how they want to build it. Supporting people to build their own shelters, and their own houses, using local materials and methods, almost always leads to better long-term outcomes. The key thing is for NGOs like CARE to understand the process people use to achieve shelter and to support that process and help people build more resilient and safer housing. Coming in with our own products will undermine that process and disenfranchise people.

Another version of the same mistake is when NGOs decide people don’t know what they need, and that we know better what type of houses they need. Thinking that building back better means building houses that won’t fall down in the next earthquake/storm/flood can be such a mistake. When you ask people what they think ‘better’ means, it’s usually very different.

Supporting people to build their own shelters, and their own houses, using local materials and methods, almost always leads to better long-term outcomes.

To give some real examples, there’s a village in Gujurat called Vondh, which was destroyed in the Gujurat earthquake. It was decided that the best thing to do would be to relocate the village to a safer area and build it with strong, engineered houses. These houses are very good, and strong, and nicely laid out with gardens. They are also completely unoccupied. Forgetting to consider things like culture, history, economy, markets, transport and services meant the new village was left largely abandoned. Everyone moved back to the old village, re-built as before and continued their lives. [For details please see the paper, Winners and Losers from the 2001 Gujurat Earthquake, Environment and Urbanization, 2008.]

The biggest mistake you can make is underestimating the ability of people to control their own recovery and make their own choices about it.

In short, the biggest mistake you can make is underestimating the ability of people to control their own recovery and make their own choices about it. Sheltering is a process, not a product. If you can understand and support that process, then yes, there are lots of solutions, including engineering solutions. The difficulty is that they are always different.

E4C: What would you love to see improved in post-disaster emergency shelter?

TN: I’d love to see a more systematic approach being developed by the large international humanitarian agencies, before and after disaster, to promoting better construction, and doing so to much wider audiences. To do so needs understanding of what drives people to invest in better building (and what stops them) and how we can work with that. This should be coupled with pulling together the best communication and teaching methods and training tools that are out there so we can effectively and physically show both how to do things better and show why they are better. [For more on this, please see Tom’s article at Resilient Urbanism, Promoting Safer Building.

E4C: We’ll bet you have stories. Care to share one?

TN: I don’t often tell stories about my work; if only because I find people prefer to see things as fairly simple and not to know about some of the complexities. One of the things that I found affected me a lot in my recent deployment to Nepal after the earthquake there though was visiting a remote village and seeing the level of devastation and the effect on the villagers. We were there just a few days after the quake, and had had to walk for three hours to get there and assess the situation. All but one of the buildings in the village had collapsed, and everyone was living, together, in a few makeshift shelters. Because everyone stored their food in their houses, they’d lost all their food. One elderly couple was picking millet grains out of the mud to get a meal together. Some people were trying to salvage things from their houses; most were just sitting around. Talking to people, they were still dazed, and didn’t really know what to do. It was full moon that night though, so despite the lack of a long-term plan, the community was preparing for a Puja, to commemorate those who died. They’d pooled what food they had for this, and several women were busy cooking. They knew that being together and commemorating the dead was important to them, and had to come first. I found the whole visit difficult, and at times it was hard not to cry. I can only imagine how hard it was for the community members themselves.

The next day, we left, but we also organized a helicopter to deliver food to the village. If you go back now, you will find a hive of activity. With the immediate concerns of food dealt with, and with a little time for people to come to terms with what has happened and what they’ve lost, the most effective responders to emergencies are the people themselves. After the initial food distribution, we provided shelter materials to this and surrounding villages, and people used these and salvaged materials to build themselves makeshift shelters. In time, they will build new houses and re-build their lives; it’s for us to work out what they lack and how to best help them do that.

E4C: When did you know you are in the right line of work?

TN: I’ve been back and forth a bit between private sector engineering consulting and humanitarian response, and I always miss the other field. When I’m working in the private sector I find the technical challenges I get faced with incredibly interesting, and seeing buildings you have designed completed is hugely rewarding. It’s very clear what you put in and what the result is, and usually we have the resources to do a really good job. This makes engineering consulting a very satisfying area to work in. However, I also got very frustrated with having to work on projects I did not see the value of or with the inevitable tedium of some of the work.

The real reason I know I’m in the right line of work though is that I am at times frustrated, often stressed, and when deployed, the living conditions can be basic, but I am never bored.

When working in humanitarian response I get only limited technical challenges (although they can be surprisingly tricky) and often work on projects where there is no clear solution and we just have to do the best we can. There’s never enough money, and you can never completely finish the job. This is hard to deal with at times, but there is the huge reward that I am always working on things that interest me, and I’m always working on projects I think are worthwhile. When you go back to evaluate a project after 12 or 24 months, you can always see a huge difference, which is great. The real reason I know I’m in the right line of work though is that I am at times frustrated, often stressed, and when deployed, the living conditions can be basic, but I am never bored.

Hot summer days can mean high electricity bills. People want to stay comfortable without wasting energy and money. Maybe your household has fought over the best strategy for cooling your space. Which is more efficient: running the air conditioning all summer long without break, or turning it off during the day when you’re not there to enjoy it? We are a team of architectural and building systems engineers who used...

Research in the Pacific coast of Colombia revealed conservation challenges that may have solutions in human-centered design.  The journey to Bahía Málaga started in...

Most people now recognize the energy savings benefits of green buildings. These buildings use less water, energy and other natural resources. In some cases,...