Two 130W peak PV Panels convert solar energy into electric power which is stored in the battery via a charge controller. An inverter is used to convert the 12V DC supply from battery into 230V AC which is passed through the timer switch. Photo by SLOW LIFE Foundation / Flickr

The rise of the micro-grid: Four questions for Bryan Willson 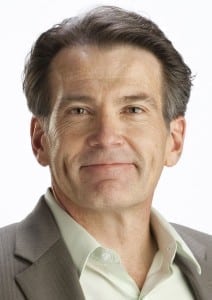 We need to take a critical look at centralized power, Dr. Bryan Willson says. Piping power from giant plants may not be the way to deliver electricity to every home in developing countries, and the method may have already outlived its usefulness in the developed world. Dr. Willson is a professor of mechanical engineering at Colorado State University in the United States on assignment as a Program Director at the US Advanced Research Projects Agency-Energy. He founded CSU’s Engines and Energy Conversion Lab, and serves as Executive Director of the the university’s Energy Institute. The Energy Institute researches clean cookstove, biofuel and distributed power technology. Its products improve lives worldwide, in developing countries and anywhere else. We asked Dr. Willson four questions.

E4C: What area of energy production technology should be the upcoming generation of engineers focus their research on?

BW:Small-scale micro-grids — building grids from the bottom up. The concept of DC grids instead of our current AC grids is particularly intriguing in the developing world since almost all of the loads are DC (lighting, cellphones, radio, television).
Small-scale natural gas production is a big idea that I believe is under-explored.

E4C: What is one mistake that people in the field of energy production make that they just keep making?

BW: Just as the developing world has leapfrogged over landlines for telephones, we need to rethink our hyper-focus on extending the large power lines from central generation facilities to serve remote locations.

E4C: Can small-scale energy generators like solar-powered electricity kiosks or small rooftop panels compensate for the lack of grid energy in parts of developing countries? In not, are there better solutions?

BW: Distributed production definitely has a place. Whether it’s rooftop solar, small wind, or micro-hydro. But the effectiveness of these technologies can be dramatically enhanced by incorporating them into village scale micro-grids.

E4C: What do you think that energy production will look like in developing countries in 20 years?

BW: In 20 years I hope to see a continental grid across the developing world but built from the bottom up. This means beginning with households that we stitch together into village scale micro-grids then the village scale grids are stitched together into regional grids yielding a more efficient and resilient overall grid structure.

Discarded fence posts, go-cart frames, leftover PVC pipe and electrical conduit, welding torches and an eye for design: Those are the raw materials that high school students in New Jersey combined to build six working wind turbines. The students are charged his students with the design and construction of vertical-axis wind turbines made from recycled materials. In the 20-knot (23 mph) winds common in coastal Cape May Courthouse, New Jersey, the turbines should generate 500W of power. Tests...