This solar array is part of a high-tech toilet prototype that converts waste into biochar. It works, but it also costs a lot more than an old-fashioned composting latrine.

Our society is pathologically enthralled with “the new.” As scientists and engineers in global development, we’re inculcated starting from very early in our training to seek “the cutting edge” of technological innovation. But if we want the best chance of making a positive difference on the future, that’s the opposite of what we should do.

The reason is that technology ages in reverse. Or put another way, the longer a given technology has been around, the more likely it is to persist into the future. So, if you want your efforts in science to matter in the future, you’d better look to the past to define relevant research questions. 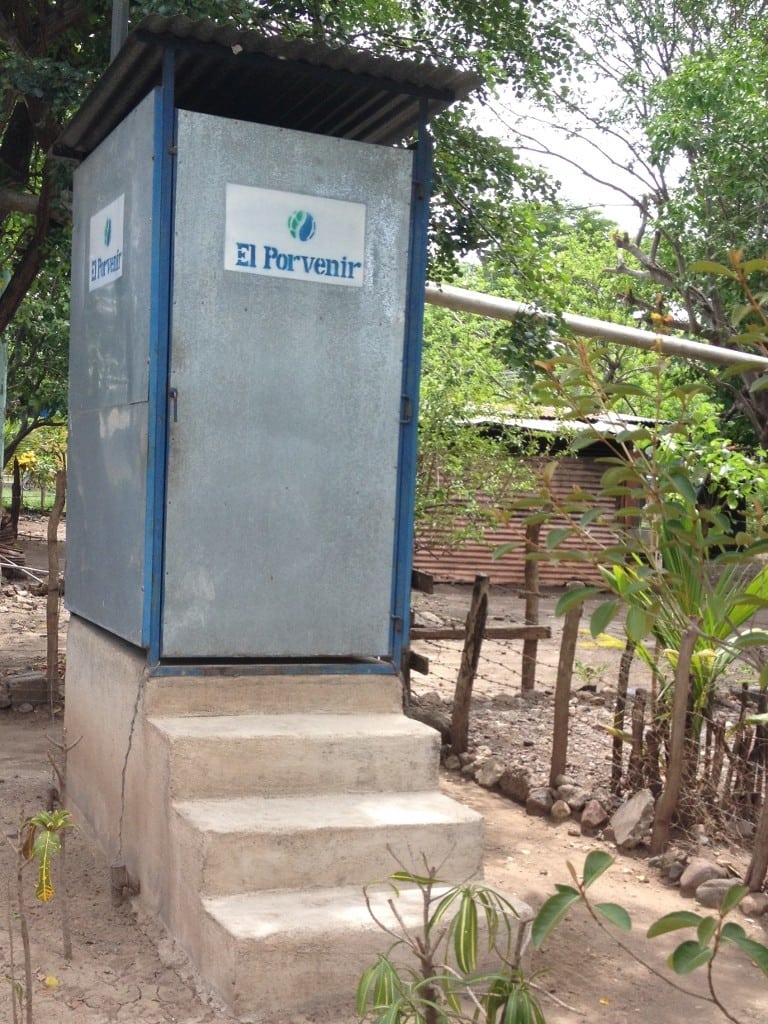 This old-fashioned composting pit latrine might be the best sanitation solution for the money in communities that lack infrastructure.

This is what it means to age in reverse. According to philosopher and risk analyst Nassim Taleb, author of Antifragile: Things that Gain from Disorder, while perishable items (such as humans, cats and tomatoes) experience a decline in life expectancy with each passing day, nonperishable things (such as art, literature, ideas and technologies) can experience increased life expectancy the longer they are in circulation. This is known as the Lindy Effect (a term named for a New York deli, oddly enough, where comedians gathered to discuss their trade).

Take the example of whatever pop song just topped the charts. What are the odds that people will still be listening to this song one year from now, or twenty years from now? Pretty low odds. But what about Lynyrd Skynyrd’s 1973 anthem Free Bird? Nearly a half-century has passed, and people around the world (especially in my native home of southern Appalachia) are still rocking out to Free Bird. What are the odds that decades from now, long after the last original Skynyrd member is in his grave, Free Bird still be inspiring face-melting air-guitar solos? I give it pretty damn good odds.

In Antifragile, Taleb asserts that our modern culture trains us to think that the new is always about to overcome the old. But this is just an optical illusion because the failure rate of the new is so much higher than that of the old. Precisely because complex, novel technologies are proliferating at such a high rate today, “the old has a huge advantage over the new.”

And that’s how we have to think when we are trying to define research questions and development objectives that will remain relevant long into the future. Forget the cutting edge; embrace old-tech. 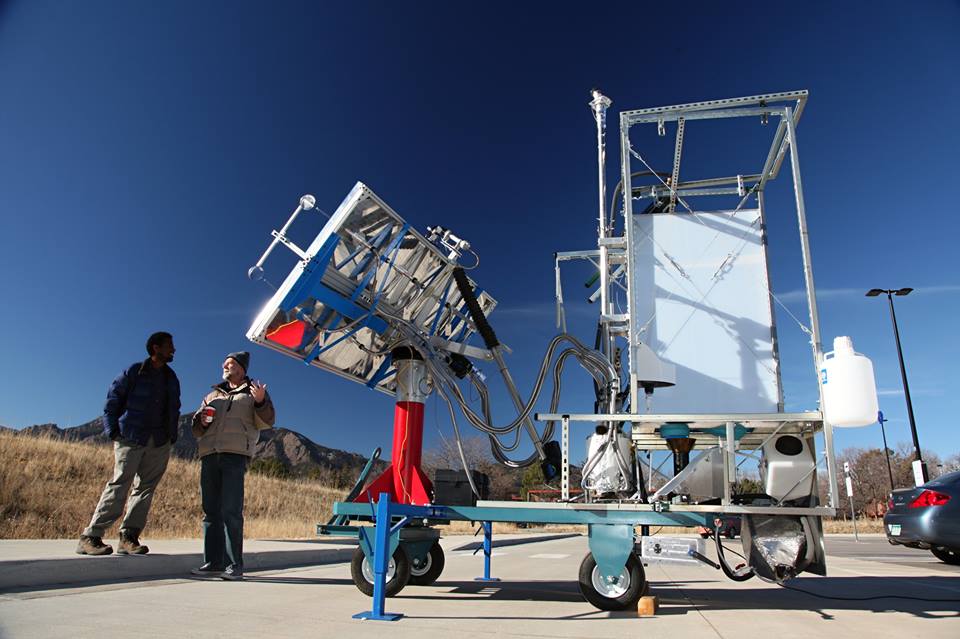 This view of the biochar-making toilet shows some of its complexity. It’s interesting, but Kearns questions its practicality.

I’ve seen how our fascination with the cutting edge dazzles and misleads good designers and deep-pocketed donors in my own work in water and sanitation for developing communities.

I was part of a research team that was awarded a massive grant from the Bill & Melinda Gates Foundations’ “Reinvent the Toilet Challenge.” We were funded to develop the “Sol-Char” toilet – a kind of Rube Goldberg contraption that thermally converts feces into char used as a soil additive. This was accomplished via a sophisticated and expensive system of reflective dishes and fiber optics for capture, concentration and transmission of solar energy. The whole large and costly array was mounted on a computer-controlled precision tracking system that kept the panels pointed at just the right angle toward the sun. While we obtained truly impressive solar energy efficiencies in the lab (a number of patents applications were filed), the Sol-Char toilet will never, ever, be deployed anywhere, least of all anywhere in the much-touted “developing communities” that the program alleged to serve.

Why not? Anyone who has spent even a modest amount of time in the field and working outside of academia realizes that cutting-edge interventions conceived in developed-world laboratories don’t often provide lasting solutions in the real world. Instead, low-cost, decentralized, locally conceived and managed “appropriate” technologies fare much better. This is a direct manifestation of the Lindy Effect.

In my career, the whole Bill Gates / Reinvent the Toilet Challenge was a fluke. I spend most of my time in water and sanitation R&D trying to improve upon old, often clunky, and decidedly non-sexy technologies that have stood the test of time.

Those include, for example, simple composting toilets that safely convert feces into fertilizer. The use of composted human waste in agriculture is an ancient practice, as documented in F.H. King’s classic study Farmers of Forty Centuries. And it will undoubtedly become important again as cheap fossil fuels deplete and the sun sets on the era of industrial agrochemicals in the generations to come. We can attach a high degree of probability to the perseverance of traditional composting toilets in the future.

Another example: at Aqueous Solutions, we’re advancing drinking water treatment technologies using charcoal. Charcoal filtration is a traditional practice dating back at least to ancient societies in Egypt and India. The technique is at least 4000 years old. So, according to the Lindy Effect, we can estimate that it will persist for a similar time span. Our goals are to optimize the production of charcoal to make it more energy efficient and environmentally friendly capable of filtering out modern toxins such as pesticides.

In order to make sustainable technology that lasts for the long term, our innovations must be rooted in long-lived tradition. Don’t waste your time on flashy gizmos. Here today, gone tomorrow.

How to make a biochar gasifier
This gasifier made from two steel drums turns biomass into char. Use it to improve crop yields and to filter drinking water.

Air travel might take the “sustainability” out of “sustainable engineering”
A new online tool calculates the minimum time engineers must live abroad with a local lifestyle to offset the CO2 emissions from their flight there.

Few have experienced the unique blend of pains and joys that afflict designers of technology for developing world applications. Now, a hands-on simulation offers that sweet frustration in practice. Four experts in global development technology have created an open source toolkit that provides digital resources for leading a workshop; it immerses unsuspecting participants in the entire development innovation process. The simulation challenges participants to solve a problem with, and for,...