How to build a solar-powered electronic circuit 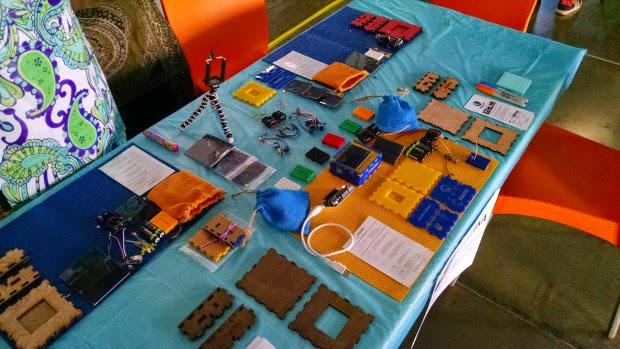 By Charles Sonnenberg and Michaela Collison
Special to E4C

Part One of a two-part series. Part Two: How to build a solar-powered USB charger for phones and other small devices.

In South Africa, rolling blackouts have become commonplace as the nation confronts an energy crisis. In response, South African youth are looking to learn more about alternative energy solutions in order to combat blackouts in their neighborhoods. Hence, over the past few months, EduGreen and Mbadika have worked on a series of workshops and Solar USB Charger kits to South African youth in order to foster the next generation of young innovators and entrepreneurs. 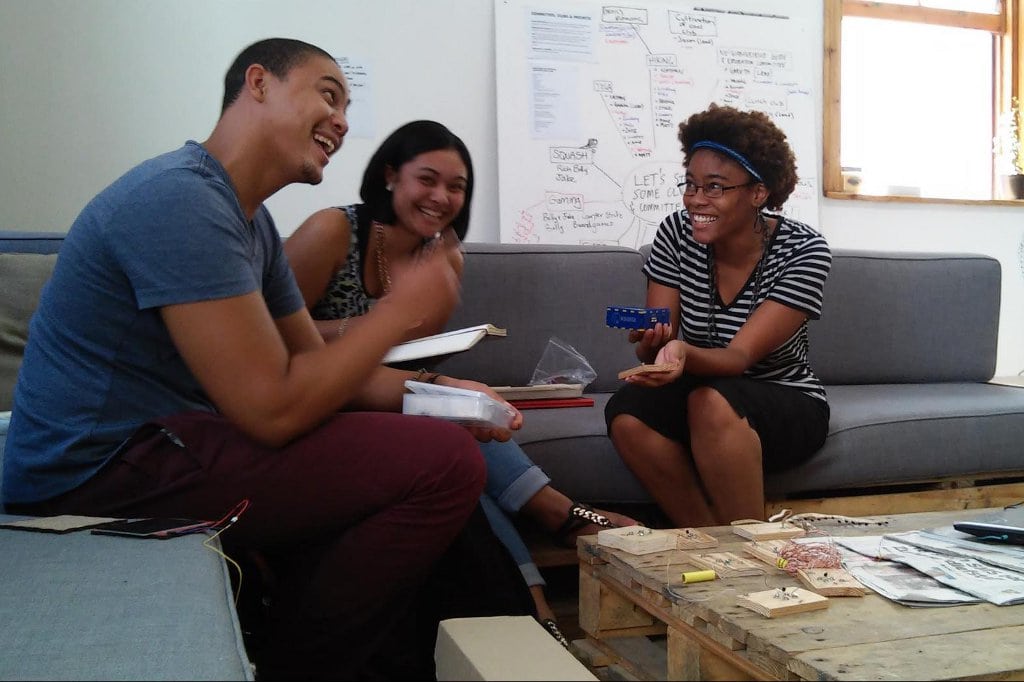 Left to Right, Charles Sonnenberg and Michaela Collison of EduGreen and Netia McCray of Mbadika meet in Cape Town, South Africa, to go over the Solar USB Charger kit.

In this guide, we will walk you through our various builds in order to introduce youth to solar powered electronics and assemble their very own Solar USB Charger. As leaders of two organizations focused on empowering youth to not only have knowledge but an understanding of solar powered circuits. Therefore, the following guide is written for those with little or no knowledge of electronic circuits.

If you already feel you have a good grasp of electronic circuits, you can skip ahead to the Solar USB Charger section of the guide.

Let’s get started shall we… 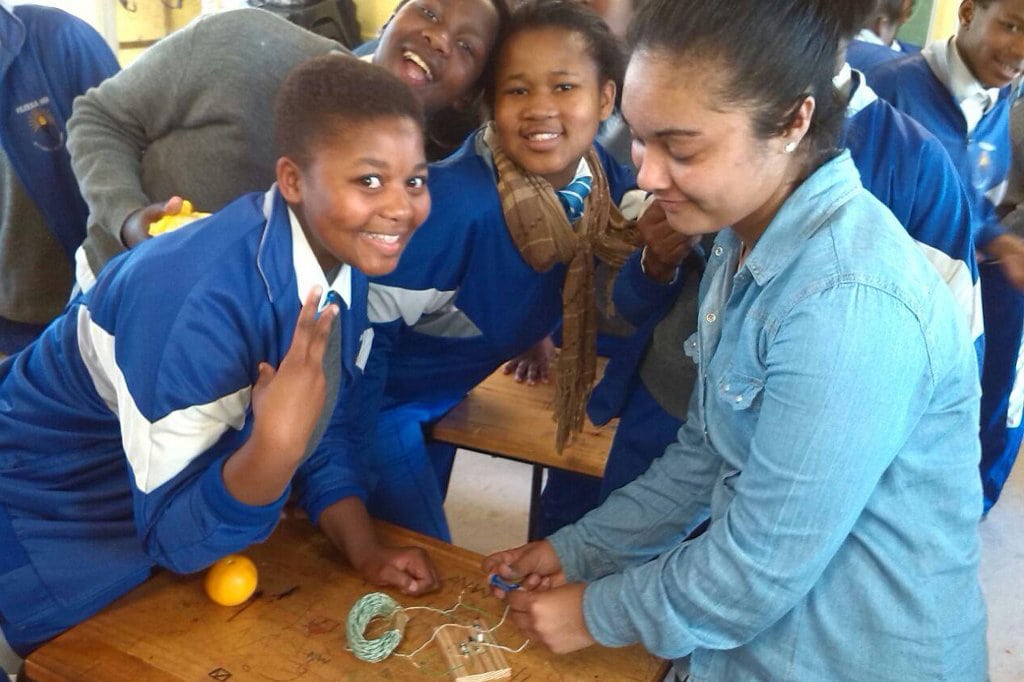 The following build is one we use in our workshops in order to introduce our participants to electronics as it contains various electronic components that are very popular in modern electronic circuits, especially solar powered circuits. 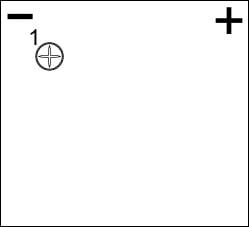 Insert screw (1) with two washers into the wooden block or breadboard, as illustrated in Figure 1. The washer acts as wedge to hold the electronic components in place in your electronic circuit. 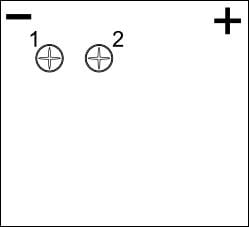 Insert screw (2) with two washers next to screw (1), as illustrated in Figure Figure 1b, making room for the resistor between the two screws. 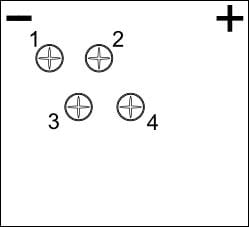 Repeat these steps with screws (3) and (4), as illustrated in Figure 1c, ensuring you leave room between the screws for your LEDs and transistors. 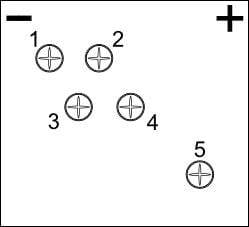 First, insert screw (5) away from other 4 screws closer to the bottom of the breadboard, as illustrated in Figure 1d, with the ends of your 100mm solid core wire wedged between the washers. 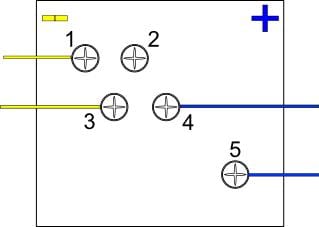 Note: If your screws are too far apart, the ends of the electronic components will not reach the conducting screws. 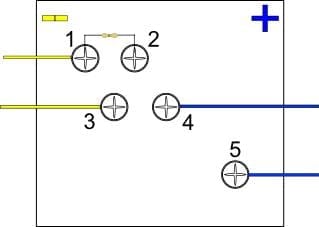 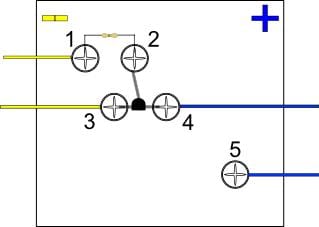 A transistor is an electronic component that is used in modern electronic circuits as a control or switch. Unlike the resistor, a transistor will have 3 leads, with a curved black body.

Select a transistor and place the middle lead in the direction of screw (2), with the left lead bent towards screw (3) and the right lead towards screw (4), as illustrated in Figure 3.

Hint: The round black body of the transistor should be facing the screw (2).

A diode is an electronic component that prevents current in your Solar USB Charger circuit to travel in the reverse direction. One of the most popular diodes is the light emitting diode, also known as the LED, which is a diode that emits light when a positive voltage is applied to the component.

LEDs are one of the most popular and recognizable electronic components because its one of the few components that gives you immediate validation if your circuit is functional. 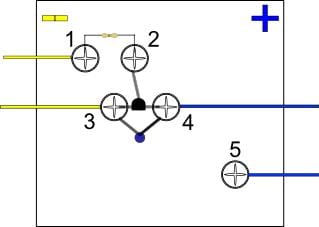 A capacitor is a popular electronic component that stores energy, similar to a battery. In this step, we are making a capacitor from solid core wire.

Hint: The intertwined coil of solid core wire (recommended length 12m) should be in a circular form, like the one pictured, with 4 stripped ends. In order to hold the circular form, you can use a cable tie, transparent tape, or even duct tape. 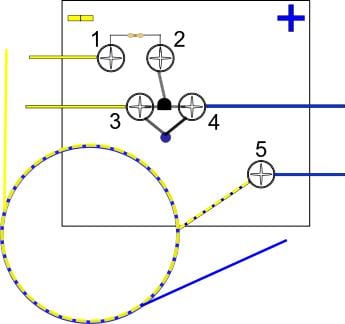 
The coil will have four ends, two at the start of the wrapping process and two at the end. Take one end of the starting point wire (eg. the one colour you’ve chosen to represents positive) and the opposite colour (Eg. The opposite colour you’ve chosen to represent negative) end of the ending point wire and wrap the two ends together, ensuring the stripped metal ends of the solid core wire are intertwined.

Take the stripped solid wire core of the coil at the starting point and place in between the washers of screw (1), this will be the negative lead of the coil.

Take the stripped solid wire core of the coil at the end point and place in between the washers of screw (4), this will be your positive lead of the coil. 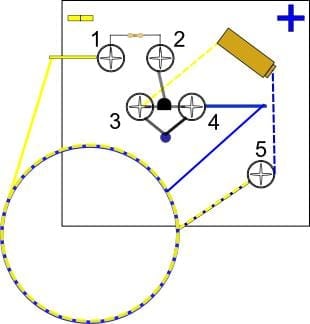 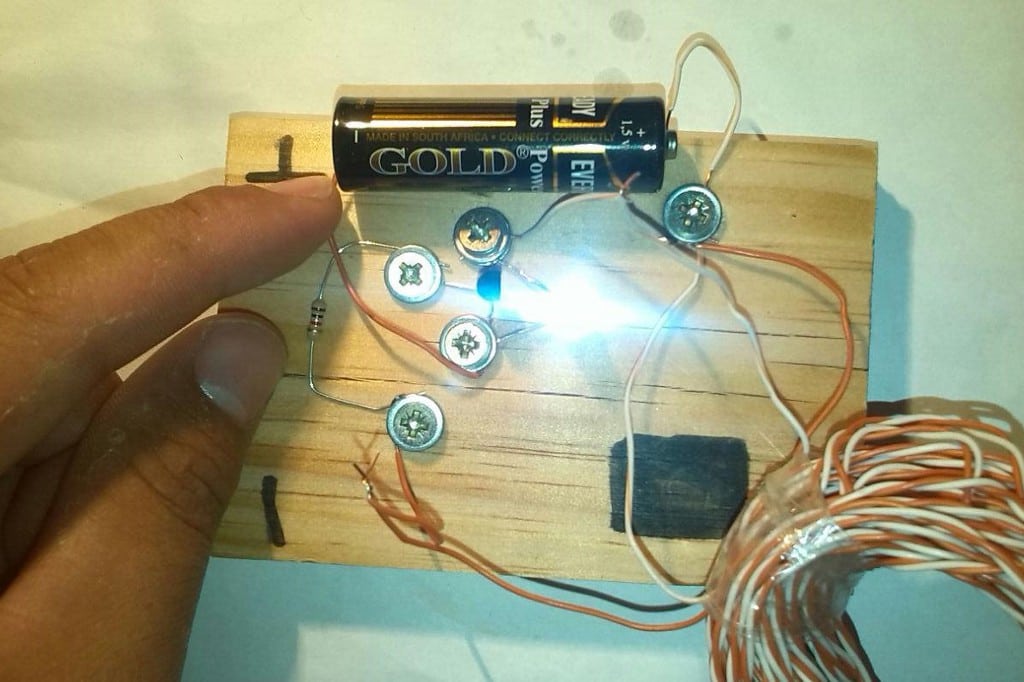 Voila! You just created a basic solar powered LED circuit. Pat yourself on your back.

If you feel adventurous, you can attempt to bring these circuits to a modern breadboard. 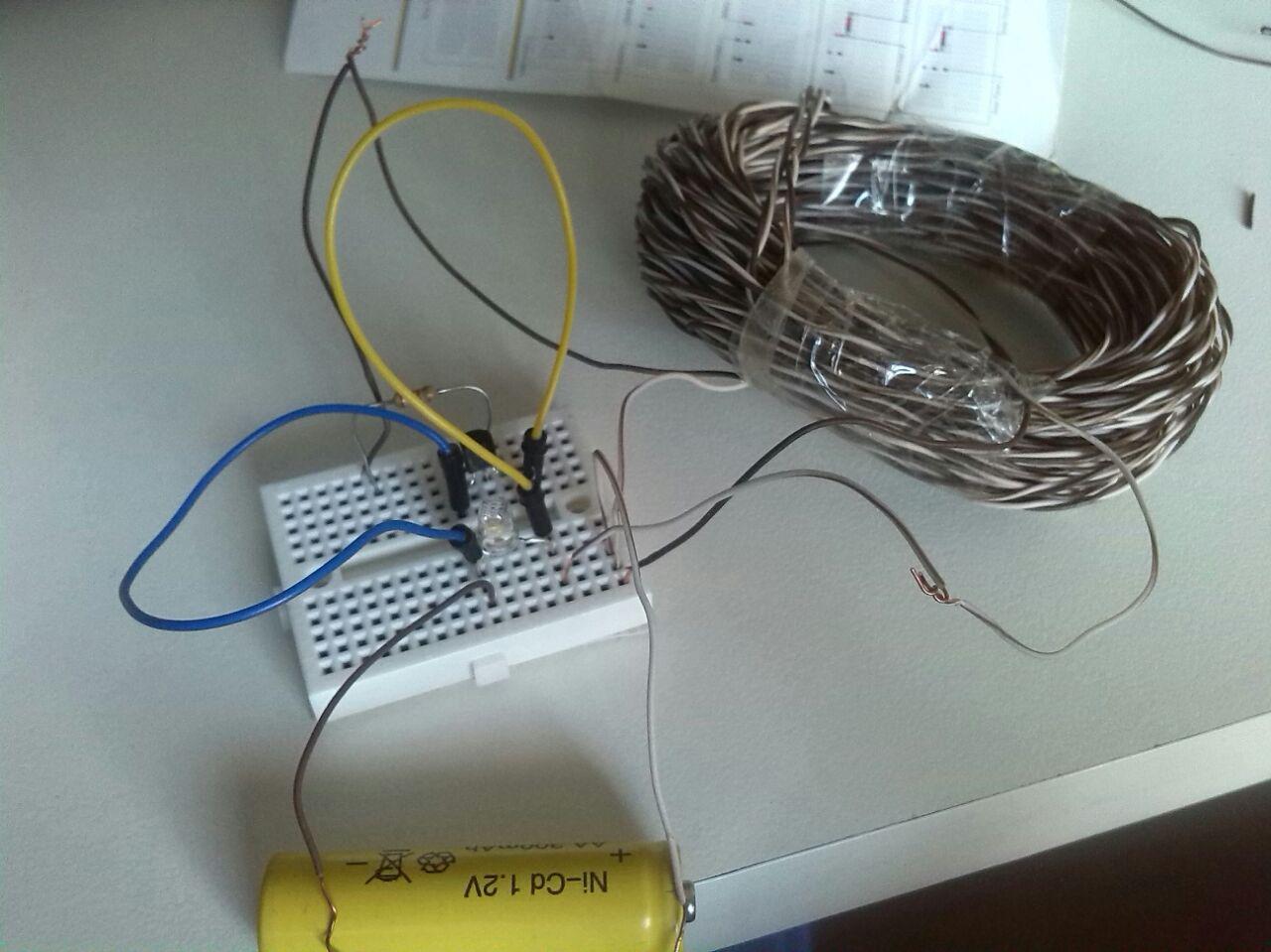 Assembled LED Circuit on a breadboard.

Now…if you made it this far and feel confident that you have a good grasp on this build and would like to try your hand at building a Solar USB Charger for mobile devices, full steam ahead to Part Two.