London, the home of arts, entertainment, business, celebrity lifestyles and a fantastic example of too many peas in one pod.

The UK capital earns its nickname, “The Big Smoke,” with a death toll by nitrogen dioxide poisoning of 5879 and counting, according to The Telegraph. London does not have the worst air pollution in the world, not by a long way. That sad distinction belongs to Nyala, Sudan, according to a World Bank survey of more than 3000 cities, or to Delhi, India, according to a World Health Organization survey of nearly 1000 cities.

Considering London’s size-to-population ratio, there is still a major problem to be addressed.

London’s shopping hot spot, Oxford Street, was crowned the most polluted street… On Earth. With the capital’s transport network already at peak capacity, it faces a further population increase of 12% over the next decade. Being the owner of James Waste Management, I am constantly striving to improve the preservation of our ecosystem, and the SkyCycle is one that I sincerely hope comes to fruition.

Back in 2012, Sir Norman Foster, the architect who designed and built London’s Gherkin tower, has been working with Exterior Architecture and Space Syntax on the SkyCycle project that could revolutionize transport and our ecosystem exponentially. 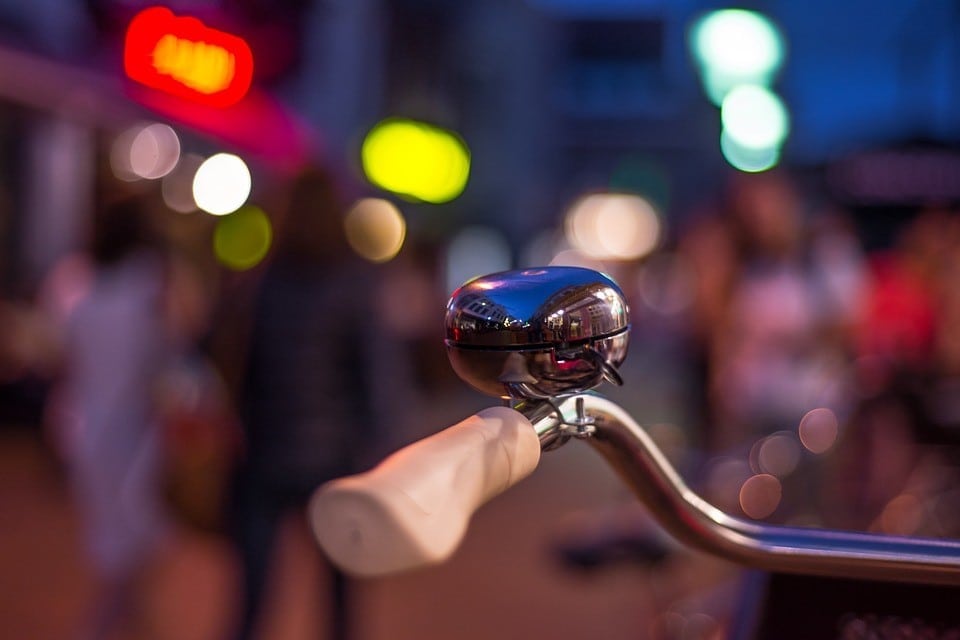 The SkyCycle – London’s Answer to Pollution and Congested Streets

“The Big Smoke” could transform into “The Cycle City.”

The plan is to create a 58km (136 mile) cycle route that would encourage people to commute around London via bicycle. The first proposed phase is a route from east London to Liverpool Street Station. If approved, ten routes would be built above existing railways, taking roughly 20 years to complete.

The project would cost more than £200 million though a small price to pay to severely dent the armored-plate body of the pollution tyrant. Foster believes that “Cities where you can walk or cycle rather than drive are more congenial places in which to live.” Gliding through the city like a contemporary E.T. doesn’t seem like such a far-fetched idea these days.

A Seed That Could Spark Global Change

What makes this idea so powerful is that it plants a seed in minds around the world. Think of it this way, if London – a city with a reputation for heavy traffic – embraced the Sky Cycle plan and saw success, this would hugely encourage other cities to follow suit. Using India as an example, air pollution is so bad it kills half a million people every year. So, imagine if Indian cities adopted a similar innovative and eco-friendly concept.

They would be taking a step toward saving half a million people per year.

This is not to say that India isn’t embracing change. The Business Standard reported that Eco Fibers, a Coimbatore-based start-up is building a concept electric bicycle that can travel 30km-100km (20mi-60mi) in a single charge. “We want people to reduce emission of harmful gas and also keep themselves fit,”said S Manikandan, the founder of the company.

It is positive to see countries attempting to change their ways in light of our declining eco-system, and if London does pursue their idea, we could be waking up to a much brighter, cleaner and greener world.

How would the Sky Cycle Benefit London?

Early studies of the SkyCycle system indicate that it provides capacity at a much lower cost than building new roads and tunnels and would be far easier to maintain.

Within London’s history, other major infrastructure projects have transformed the capital’s fortunes. Bazalgette’s sewer system is a prime example. The system helped remove the threat of cholera to keep London at the forefront of the industrial revolution. The underground strengthened London’s core by making long-distance commuting possible. SkyCycle reflects the same vision, seeking to improve not only the efficiency of the city’s transportation prospects, but also to seriously impact our ecosystem in a positive way. 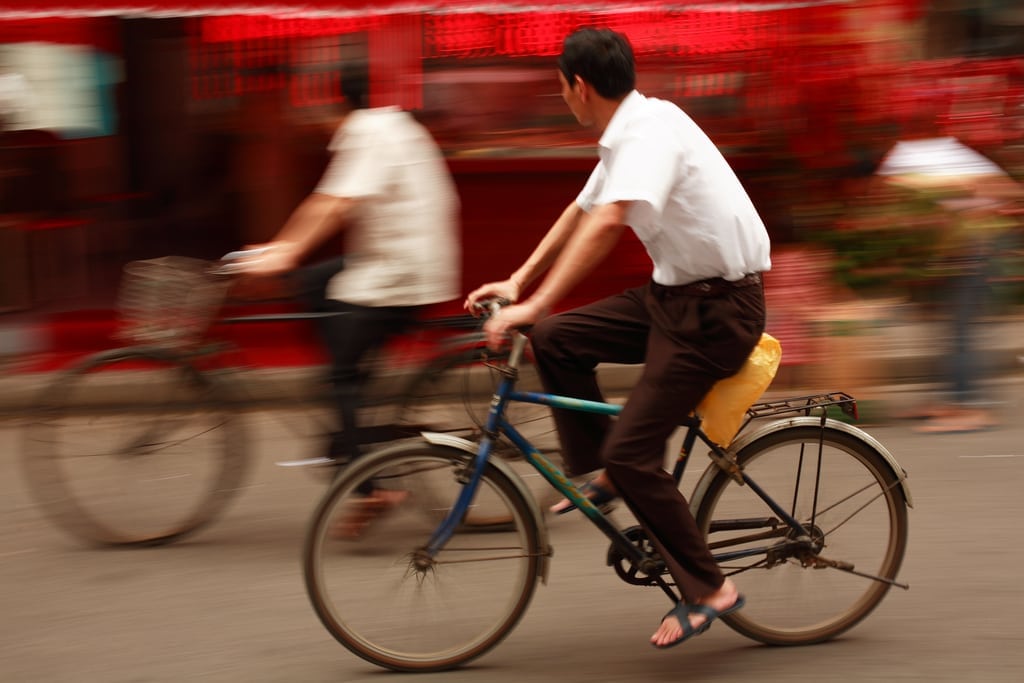 A cyclist rides in Shanghai. Photo by Beyond Neon / Flickr (CC BY-NC 2.0)

Similarly, in China, Hangzhou, a port city 100 miles from Shanghai is home to the world’s largest bike share program, with more than 80,000 to date, and a goal of 175,000 bikes by 2020. Beijing also started its own bike share program in 2012 and has been rapidly expanding ever since. Bikes are even available to non-native Beijingers, migrant workers, tourists and foreign residents.

Cycling will need time to progress and earn back its appeal in China after the bicycle was branded “backwards” during the progression of modernized Western ideals in the 1980s. Though, China’s future does look positive, as anthropologist Margaret Mead said: “Never doubt that a small group of thoughtful, committed citizens can change the world. Indeed, it is the only thing that ever has.”

SkyCycle would cover an area of six million people, half of whom live and work within 10 minutes of an entrance. Though, the SkyCycle concept stretches beyond London alone.

Sam Martin of Exterior Architect dreams of “waking up in Paris and cycling to the Gare du Nord. Then get the train to Stratford, and cycle straight into central London in minutes, without worrying about trucks and buses.”

Hamburg has adopted a very similar strategy by banning all cars from their city by 2034. The focus is to replace the car with the bicycle, encouraging commuters to cycle to work and indulge in the refreshing landscape. This will be put into motion following the audacious urban development scheme named “Green Network.” Public transport services such as buses and trams will be active but people are advised to travel via bicycle or on foot. A series of idyllic green thoroughfares are being created to invite people to travel car-free.

Hamburg’s spokeswoman Angelika Fritsch envisions “a network that doesn’t just help residents get from point A to B in a sustainable fashion. It will offer people opportunities to hike, swim, do water sports, enjoy picnics restaurants, experience calms and watch nature right in the city.” 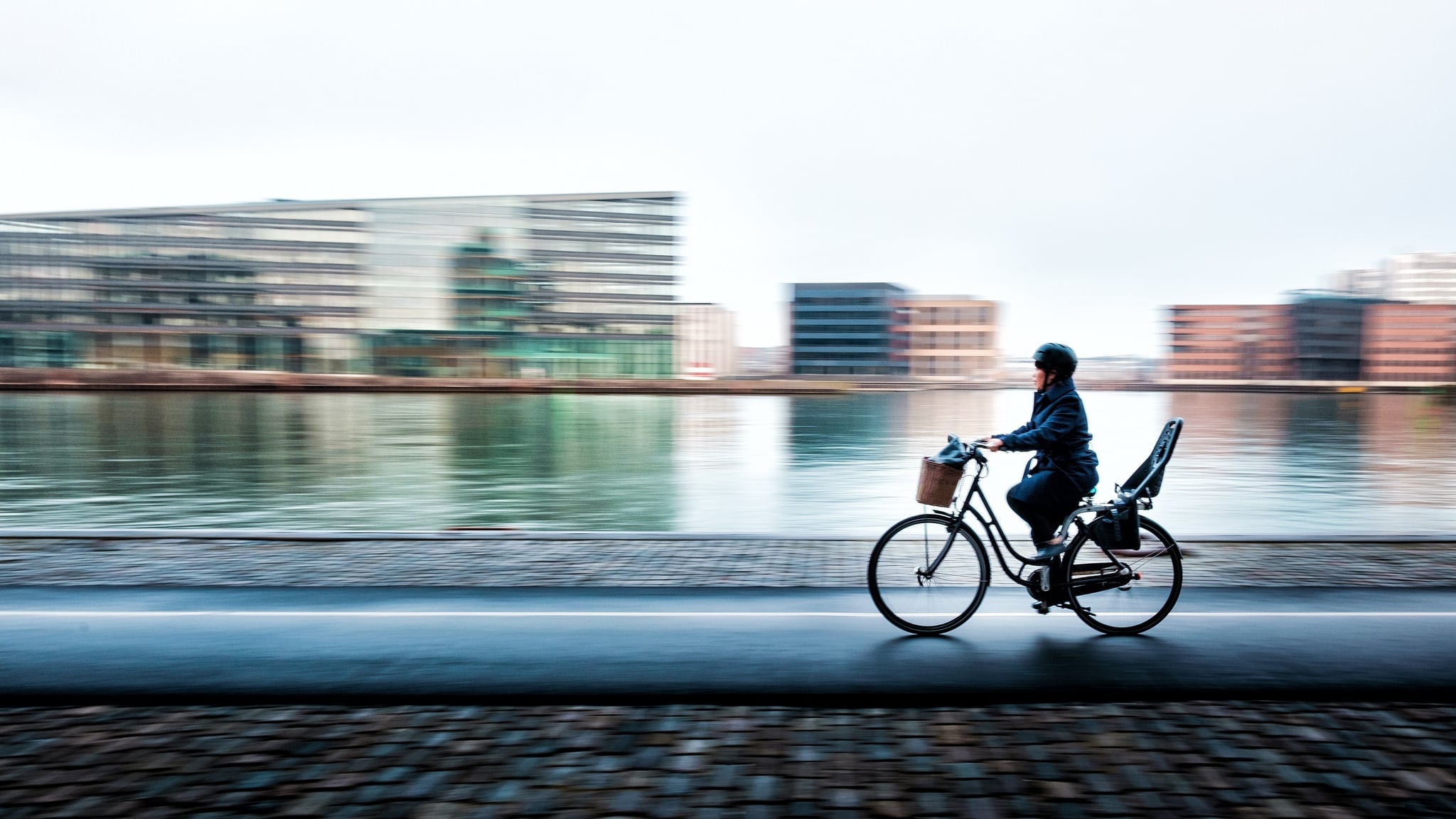 A cyclist rides in Copenhagen. Photo by Dragan / Flickr (CC BY 2.0)

Other cities following similar concepts are:

Having a capital as car-abundant as London transform itself for the betterment of our ecosystem will encourage other countries to follow. If you yourself live close to work, or in an area abundant with public transport options, it’s definitely worth usingthem. More than 40,000 people die prematurely each year from air pollution in the UK, and this figure will only increase in the coming years if nothing is done.

So, throw on your helmet and start peddling. Car bans are coming you whether you like them or not. Best start getting used to breathing in that fresh air!

How Changes Brought on by Coronavirus Could Help Tackle Climate Change

Stock markets around the world had some of their worst performance in decades this past week, well surpassing that of the global financial crisis in 2008. Restrictions in the free movement of people is disrupting economic activity across the world as measures to control the coronavirus roll out. There is a strong link between economic activity and global carbon dioxide emissions, due to the dominance of fossil fuel sources of...