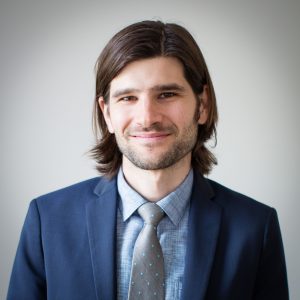 A hydraulic engineer’s vision of a vocation in water at times seems a world away from the desk work necessary for domestic water resources management. Dan Hollander has been one of the few who have managed to leave the office park. Mr. Hollander is an American hydraulic engineer and former US State Department foreign service officer. He has worked around the world, including in the West Bank and Thailand, and he now leads an international program studying water and sanitation services, the USAID-funded Sustainable Water, Sanitation and Hygiene Learning Partnership.

After graduation with a master in environmental engineering from the University of Illinois, Mr. Hollander’s first day job saw him creating flood management plans for real estate developments and suburban municipalities. At the same time, he volunteered with the Chicago Professional Chapter of Engineers Without Borders-USA on a water storage project for a community in Guerrero, Mexico.

ET: You’ve told me that, a few years into your career in flood management plans, you googled “international engineering jobs” and started a process that led to a position in the US Foreign Service as an engineer in the Wast Bank and Gaza. One of your projects there kind of encapsulates the experience. Would you tell us about your work with the stone cutting industry in the West Bank?

DH: It was a classic transboundary water issue. Hebron was generating a large amount of slurry that comes out of cutting stone. And this slurry runoff was flowing into Israel, ending up in an Israeli wastewater treatment plant that was not designed for stone cutting slurry. “The industry was the backbone of the entire region, and that stone was sold in major markets in Israel. And yet the Israeli wastewater facility was certainly not designed for industrial waste, and needed to stop shutting down. It was an important issue to solve for everyone.

We were able to develop an agreement between both the wastewater treatment facility, the municipal government, and all the different Palestinian ministerial entities – and there were a lot of them. We agreed to design and deploy on-site pretreatment, which allowed the Israeli WWTP to handle the effluent that ultimately showed up at its doors. The Palestinian police were given the authority to go in and shut people down in the industrial zone who weren’t complying, and they did it! And we accomplished this without shutting down the full industrial zone, or getting into political finger-pointing. Everyone had this initial desire to be firm and not play ball – obviously, there’s a long history of conflict and mistrust here. And yet everyone signed a reasonable agreement, made concessions, the economy continued to grow, and the rivers were cleaner, both in Palestinian and Israeli communities. It’s not every day that you can build peace as an engineer.

ET: In your last year at that posting, you became the acting Director for Water and Infrastructure at USAID in the West Bank and Gaza. You were 29 years old and responsible for a portfolio of (USD) &1.5 billion. Palestinian engineers managed much of the work, however, and you viewed your job as a supporting role to those professionals. Would you talk about that?

DH: These are some of the top engineers in Palestine and they should be the ones making the decisions. I’m not the right person to go in and decide technical decisions or to work directly with the PA [Palestinian Authority], they’re much better at that. But I was responsible for managing the US contractors and we had to make sure that the engineering efforts were feasible and appropriate.

For example, we knew we needed to start working in wastewater. Untreated wastewater was contaminating the aquifers in the West Bank, and making people sick. So USAID decided we would invest in wastewater treatment. Our A&E contracted designed tertiary plants that cost $40 million dollars each. The West Bank didn’t have any real wastewater treatment coverage, even primary, in most places. There was no real staff in the PA to manage or regulate these plants, and no one that knew how to run or maintain these plants. There was no land available for it, no clear way that spare parts were going to be available, you get the picture. These designs went all the way to 30 percent or 50 percent before somebody pulled the plug on it. A lot of global engineering is making sure engineers, and particularly locally knowledgeable ones, are part of the conversation, and helping to make the right decisions.

ET: After your work in the Middle East, you continued working as an engineering officer supporting USAID programs globally, including a focus on sub-Saharan Africa and Southeast Asia. You’ve said that you began to see that, in low-income settings, engineering alone was not sufficient to meet basic needs. What were some of the failures you observed?

DH: We were just providing things without any real long-term vision, or with any support to the overall system that’s actually going to sustain it. If you go and give somebody a phone with one charger and the cord breaks, they can’t use that phone anymore. And that was essentially what happened with these water systems. One part broke once and then they were never fixed and non-functional. They’re made out of either PVC or galvanized pipes. You couldn’t buy them except for in the capital. These places were a two-day drive. There was no clear person responsible for them. There’s no way it was going to be sustained.

For example, USAID installed small piped systems in rural areas of East Timor that were essentially surface water catchments and tap stands in a few communities for each system. Pretty soon after ribbon cutting everything broke and nobody fixed it. There were no spare parts and there was no way to communicate to the people that were going to fix it, and nobody knew who was accountable. I went out there to set up a contract for somebody to fix it all. It helped USAID honor its commitment to the communities, but this was also not a sustainable solution. The idea was to figure out what type of expertise was needed on a medium-term basis to develop some operation and maintenance processes, not just for initial repairs, but to transfer it to the Timorese government entities to maintain these systems.

ET: Based on your experiences in middle-income and low-income countries, what are some of the differences in the role that engineers play?

DH: In middle income countries, the biggest problems with engineering projects I’ve seen have been gaps in traditional infrastructure design, management, operations, and oversight. You don’t necessarily have the right people at the design phase. You don’t necessarily hire the right people to oversee the work. Designs  or materials selected might make sense for Europe, but aren’t sustainable locally, given the reality of local resources, availability of spare parts, and regulations. Many of these gaps occur because locally knowledgeable engineers are not meaningfully involved in the process. In order to make sure that solicitations are designed properly so that the work is performed by locally-minded experts, you have to have the right people keeping an eye on it.

In low-income settings, the gaps are in public health and basic capacity, and the challenges to sustainability are much more stark. When looking at the context in Egypt versus Ethiopia it’s really no comparison – your starting point is so different, and the need to think about sustainability is that much greater.

ET: You now work to professionalize global engineering. What tip you might have for students or others considering an engineering position in a foreign country?

DH: I often advise students about the importance of getting a Professional Engineer license, especially if you are going to work in another culture, another country, another context. It’s beneficial to have something that shows that you have that technical background, and you respect the importance of having a technical base. You’re going to work directly with the Timorese engineer, the Ugandan engineer, the Palestinian Engineer. And they all have the equivalent certification that they’re a licensed professional engineer. You can build trust and respect as professionals. You can work together as peers.”

Field Notes: Inside a Technical Assessment of Improved Cookstoves in Rural Nicaragua

The work of ensuring reliable, affordable and sustainable energy access has taken center stage in the international development sector. This new focus on energy has two rationales: it increases opportunities for economic development and better living standards, and more than 3 billion people still depend on traditional energy sources for cooking and heating. Those traditional sources principally include unprocessed biofuels, such as wood, crop residues and animal dung. Families then...