Also at E4C: How to Build a Compressed Earth Block Home

The UN estimates the world’s population will grow by an additional two billion people by 2050, with most growth from developing countries in Africa and Asia. Hundreds of millions of additional homes will be needed in these regions over the coming decades. At the same time, another problem looms: our need to reduce our global greenhouse emissions by 60% in order to keep average global warming below 2°C. 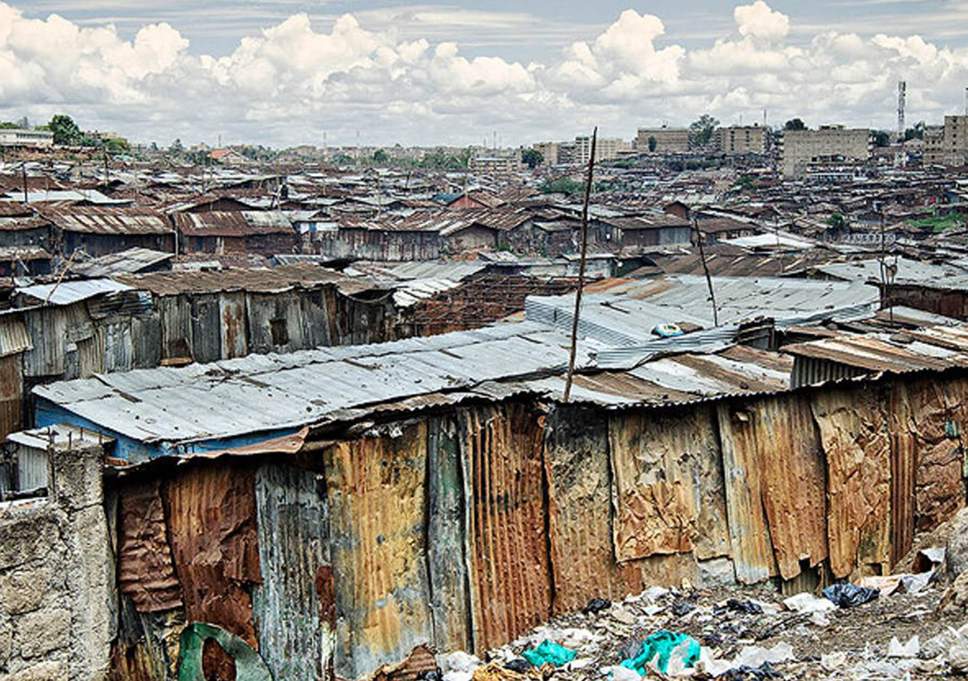 Much of modern housing is built with two materials: fired bricks and concrete. These have served well in terms of their strength, durability and ease of use. Their major drawback lies in their environmental impact – in particular, the carbon emissions associated with their production.

Also at E4C: A new digital tool takes the guesswork out of making compressed earth blocks for construction

Both materials need high temperatures in order to bring about the chemical changes that enable them to gain strength. This is typically over 1,000°C for firing bricks, and 1,450°C for the production of cement. Cement production alone accounts for between 5-10% of global greenhouse gas emissions. Given the scale of reductions in greenhouse gas emissions required, and the sheer number of homes that will need to be built, it is clear that we need new construction materials. 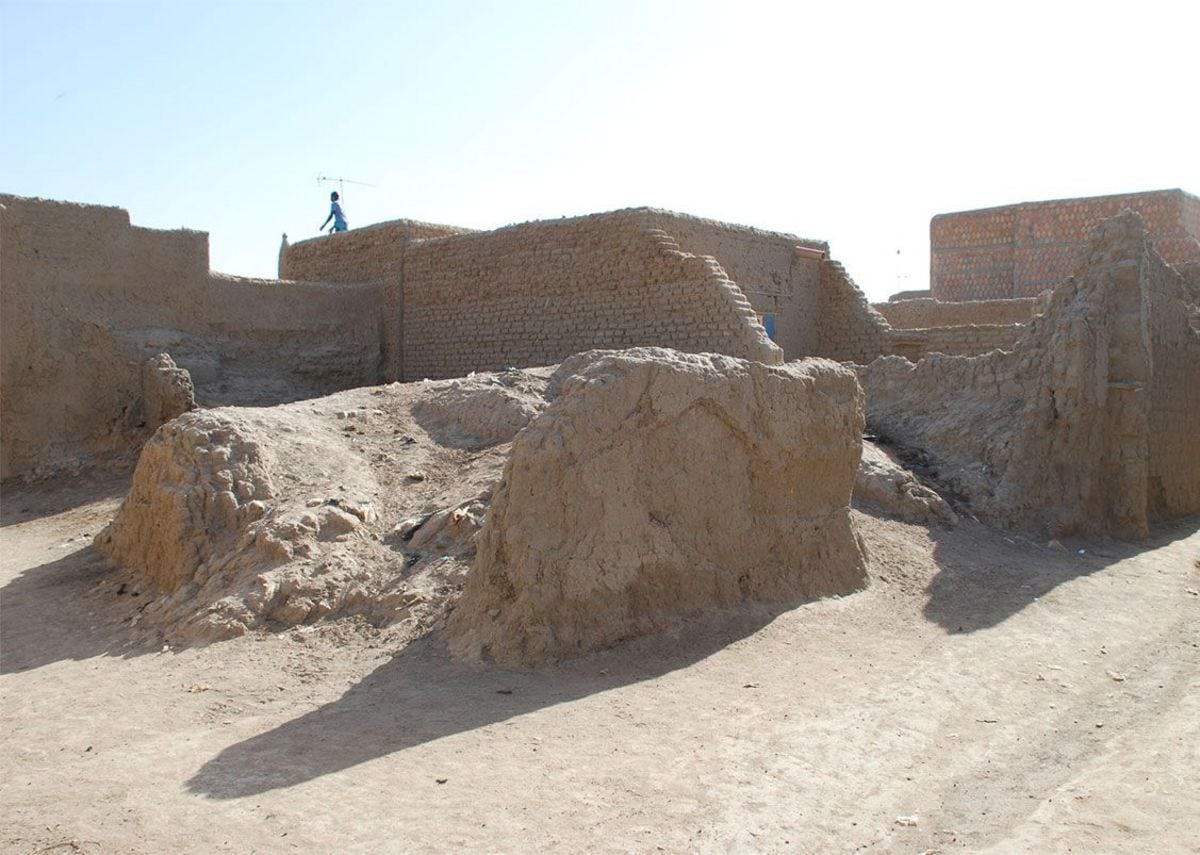 Buildings made of soil may eventually erode and collapse because the mud bricks lack any kind of stabilizing agent. Photo by Pete Walker, courtesy of the authors

These construction materials must provide comparable benefits to concrete and brick – but with an acceptably low impact on the environment, and they will need to be affordable and socially desirable in the developing countries where most house-building will occur.

There won’t be one single material that replaces fired brick and concrete. Instead, there’s likely to be a range of new construction materials and building technologies, each suited for different regions to reflect their local resources, climate and culture. One promising candidate material we have been investigating in our ongoing research into stronger and more sustainable bricks for the future, are geopolymer-stabilized soil materials (GSSM).

A geopolymer is a hard and durable substance similar to cement, made out of chains of aluminium, silicon, alkali metal and oxygen atoms. Geopolymer-based materials are a young family of human-made materials, first demonstrated in 1940. They can be made in many ways using different starting ingredients, but so far have mostly used industrial waste, such as ash from coal power stations.

Some geopolymer materials have already been used in construction since the 1970s, but usually in small volumes for specialist applications. There is untapped potential in using soil as the starting ingredient, which is found in large quantities over much of the planet.

Geopolymer-stabilized soil materials are made in a simple process. Soil (taken from beneath the valuable surface layer) is mixed with an alkaline activating solution, which contains chemicals similar to those found in household cleaning products. This activating solution dissolves the clay minerals in soil into their constituent atoms. The resulting mix has a play-dough like consistency, and can be shaped in moulds. The molded bricks are heated at 80-100°C. During firing, the dissolved atoms rearrange to form a geopolymer. Once fired, the strong geopolymer that was formed in the process acts to stabilize the remaining soil, forming the final brick.

The electron microscope image shows the transformation of montmorillonite clay, left, a common component of soil, into a geopolymer, right. Photo by Alastair Marsh

The potential benefits of GSSM are the low temperatures required to heat the brick, and the abundance of the primary starting ingredient – soil. Depending on the exact soil, chemical recipe and heating process used, these bricks could have half the carbon emissions of concrete, and a quarter of the amount produced by conventional fired bricks.

GSSM would not be used in high-strength applications like high-rise buildings, but it has the potential to be a very good replacement for concrete in low and mid-rise housing, which is how much of the new housing in developing countries is being built. 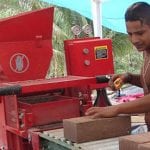 These materials are still yet to be ready commercially. Although bricks have been made this way using individual soils, there is still work to be done around designing a “chemical recipe book” for different types of soils, as its composition varies between regions, and can even vary within one field.

Although soil itself is abundant, the alkaline-activating solutions currently used require industrial chemicals. While these are available in bulk quantities and are relatively inexpensive, more research is required into identifying more abundant locally available sources for the activating solution, such as plant ashes from agricultural waste. 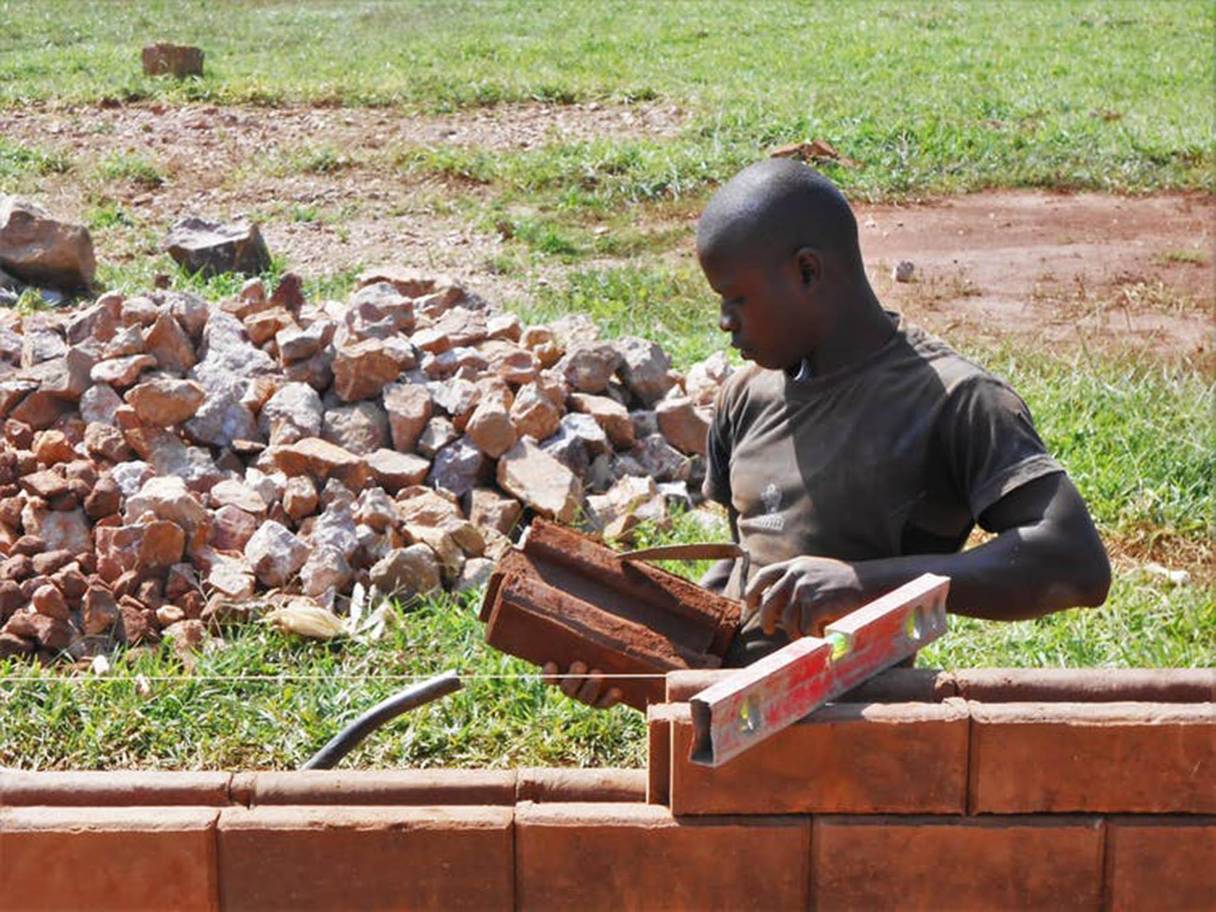 The soil brick is stabilized which makes it more durable, and it does not need to be heated at extremely high temperatures like traditional bricks and cement in its manufacture. The finished product may look like these Ugandan bricks. Photo by Haileybury Youth Trust, courtesy of the authors

Aside from technical challenges, there will also be a battle of persuasion. Given that much of the world has moved away from traditional earth-based housing in recent years, there needs to be a culture of confidence – rather than conservatism – about using innovative materials for homes.

The stakes are high – housing supply and climate change are two of the biggest issues of our time. These more sustainable bricks may well be a piece of the puzzle.

How to Build an Earthquake-Resistant Home: An Earthbag Construction Manual

The folks at Good Earth Global kindly prepared this guide for Engineering for Change’s members and readers. Please see more about their work around the world at www.goodearthglobal.org. Earthbag technology has emerged as the building method best suited to rebuild rural Nepal after its devastating 2015 earthquake. All of Nepal’s 55 Earthbag structures survived a 7.8 magnitude earthquake with no structural damage, and village builders and professional engineers alike now...

How to Build an Earthquake-Resistant Home: An Earthbag Construction Manual

The folks at Good Earth Global kindly prepared this guide for Engineering for Change’s members and readers. Please see more about their work around...