A woman lights a biogas stove at a home in Musanze District, Rwanda. Photo by Rwanda Green Fund (CC BY-ND 2.0)

The Solution Is in Biology: A Startup Takes Biogas to the Kitchen

What if I tell you that, each time you pay for power at your home or for the gas in your car, you are submitting to your dependence on others for your energy needs?

Food, water, energy, materials, our needs are plenty and so are our dependencies. But we all like to be independent in fulfilling our daily requirements. We love the feeling of being able to take care of all our needs on our own. That desire can be a reality for some people. Take the example of Sandip, a farmer from Maharashtra, India, who grows crops and feeds his family. When Sandip harvests the produce from his farm in the month of November, he has the choice to make himself independent from the interconnected web of food networks. 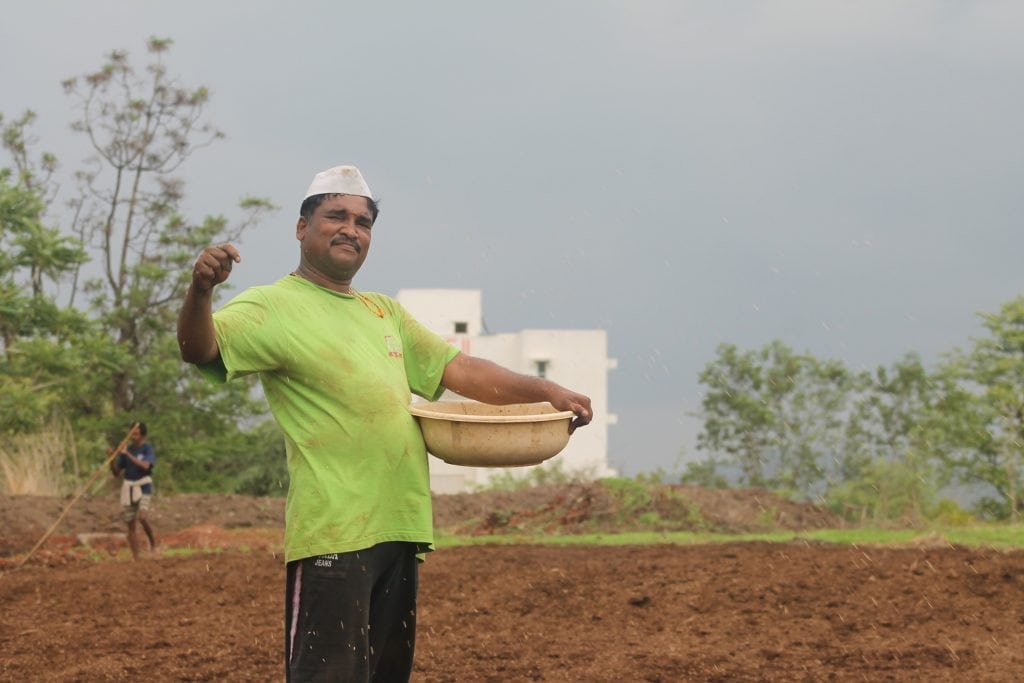 In a small Indian village called Pachghar the villagers came together and built a dam to meet their need for water for domestic use. By doing this, they made themselves independent from the water distribution network that has not arrived in remote places like this. 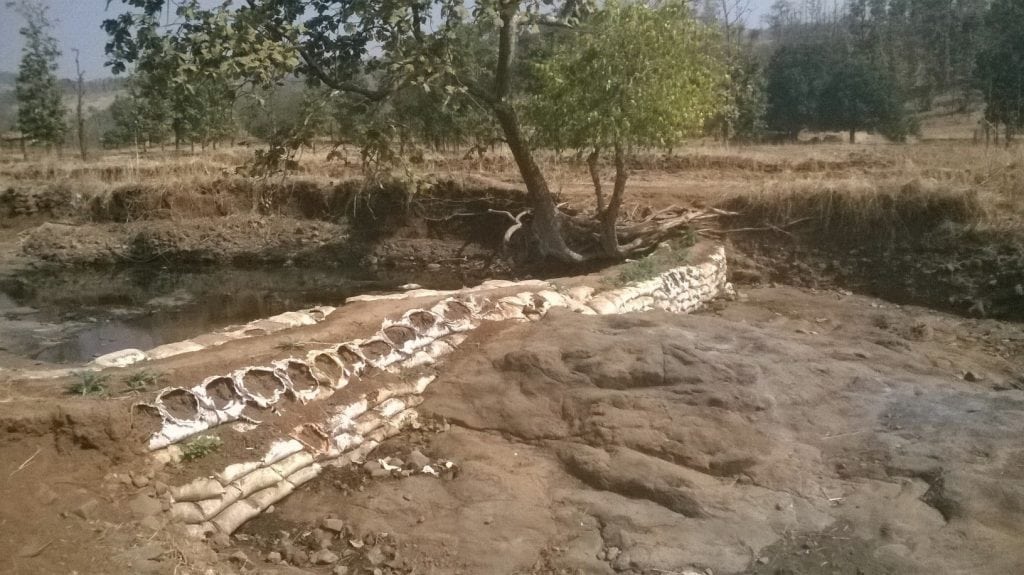 The third essential need in today’s world is that of energy. Its necessity is ubiquitous, irrespective of the socioeconomic status or geographic location of any community. But when it comes to fulfilling this need, we see that the solutions often depend on governments or giant corporations.

In Pachghar, however, solar panels were installed on some of the roofs to provide energy to recharge battery-operated lights. On the surface, this solution seems to deliver an excellent outcome: energy independence in the form of electric power using silicon panels. But dig deeper and the story changes. The panels are made in factories, which in turn are dependent on the larger interconnected network of supply chains. Hence, even though this solution apparently provides energy independence to families in this village, it is again making them dependent on the manufacturing sector. 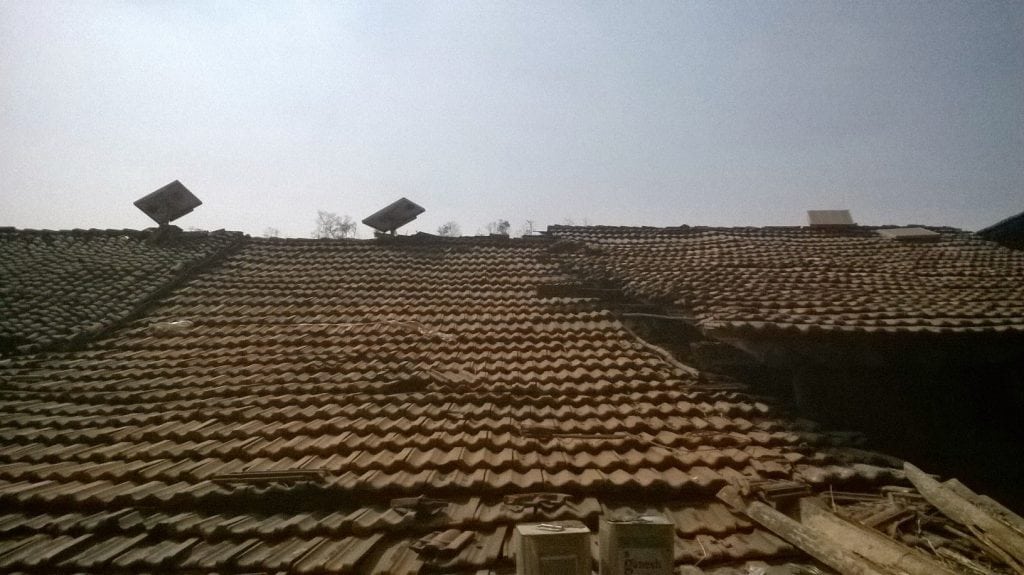 “The problem is not with the technology, but the science itself,” says Priyadarshan Sahasrabuddhe, founder of Vaayu-mitra, a startup from Pune, India, which is pioneering the idea of making your own green fuel.

Their product, named Vaayu, converts household food waste into biogas. Often delivered in canisters decorated with the catchy design of Pixar’s “minions,” this household device makes green fuel in your kitchen with simple resources and in a relatively short time. 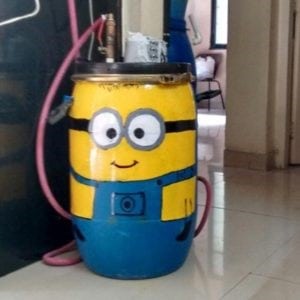 “We often seek the solution to the problem of energy security via high-tech solar panels or huge wind mills. Whereas, a simple solution is present in biology,” Priyadarshan continues. “The biomass in and around us is the most abundant energy source in the world and is easily accessible. The non-biological solutions such as solar or wind are part of the solution. But they alone cannot save our future when it comes to energy security. We need a strong backing of biological sources to make everyone independent for their energy needs.

“Household food waste, or wet garden waste, is all made up of solar energy. The sun is around us for the whole day. All of the cities have a lot of space, as opposed to the popular belief. This space is nothing but the terraces of buildings, where the solar energy reaches without many obstacles. Now, without taking the route of the high-tech solar panel, if one grows a few energy crops in that space, half of the energy problem is solved.”

Wet waste with considerable heating value, that is the full energy inside it, is thrown out daily from every household. A simple household biogas unit, such as Vaayu can prevent these sources of energy from becoming waste.

Priyadarshan explains the unseen potential of a household bio-digester. The next step is to convert this wet biological waste into a gaseous fuel, called biogas, he says.

“Every day, those who live in the cities put a huge stress on environment with our actions,” Priyadarshan says. “We are all aware of our carbon footprint. But is moving out of the city to a village the only solution? Instead, a common man can put his thoughts to action and at least make his own energy at home.”

“A common man can put his thoughts to action and at least make his own energy at home.” 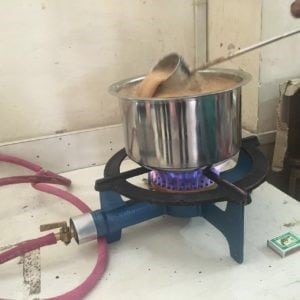 Biogas is a mixture of methane and other gases, which can either be burnt for energy directly in the kitchen, or can be converted into electricity at a slightly larger scale of operation. The thing that Vaayu has done that sets it apart in its category is that it has brought biogas inside the kitchen.

“What we are trying to communicate about household fuel generation from waste need not go through any larger loop such as government and come back to people. The beauty of this technology, and its effectiveness, can be realized when going directly to people and introducing it to them. Then one can realize the joy of making their own green fuel,” Priyadarshan says.

If anyone is keeping score, machines might have beat plants at their own game. By at least one measure, solar photovoltaic panels can convert sunlight to storable energy more efficiently than natural photosynthesis. And machines in the lab are quickly encroaching on other advantages that plants have long held uncontested. Self repair, for example, might not remain unique to plants for long. Same goes for CO2 absorption from the air. Notably,...