An award winner at Impact.Engineered, a forum and awards ceremony by ASME and E4C, comments on camera.

Innovation is a critical part of tackling problems in areas as diverse as transportation, housing, public health and energy. But the scientists, inventors and entrepreneurs who might generate creative solutions often investigate issues or pursue economic opportunities in other less urgent fields. Incentives for science and innovation try to steer efforts toward the most pressing societal problems.

Prizes – cash rewards for scientific, engineering and other achievements – are one form of incentive that has been around for a very long time. In the 18th century, for example, organizations such as the Royal Society in the U.K. awarded medals to scientists for their breakthrough research.

Learn of the challenges facing competitors in the Waves to Water Challenge: NREL Is Fast-Forwarding Emerging Desalination Tech Powered by Wave Energy

Today, in addition to this type of scientific award, there are also prizes for solutions to diverse problems, including the invention of new transportation means for disabled people, the engineering of new battery recycling methods, and even the development of technologies to treat COVID-19 patients. A new Earthshot Prize, which Prince William recently announced, will award 50 prizes worth 1 million pounds each over the next 10 years. It’s one example of a monetary prize used as incentive to develop solutions to pressing global environmental problems. There are also “open innovation” websites, such as InnoCentive, that companies use to source ideas and inventions from thousands of problem solvers in exchange for prizes.

All these prizes seek to focus creativity and investment by attracting the smartest and most creative people who, with the right incentive, might focus on the highlighted problem and in turn come up with amazing breakthroughs. Researchers like me work to determine how effective these prizes really are as drivers of innovation. 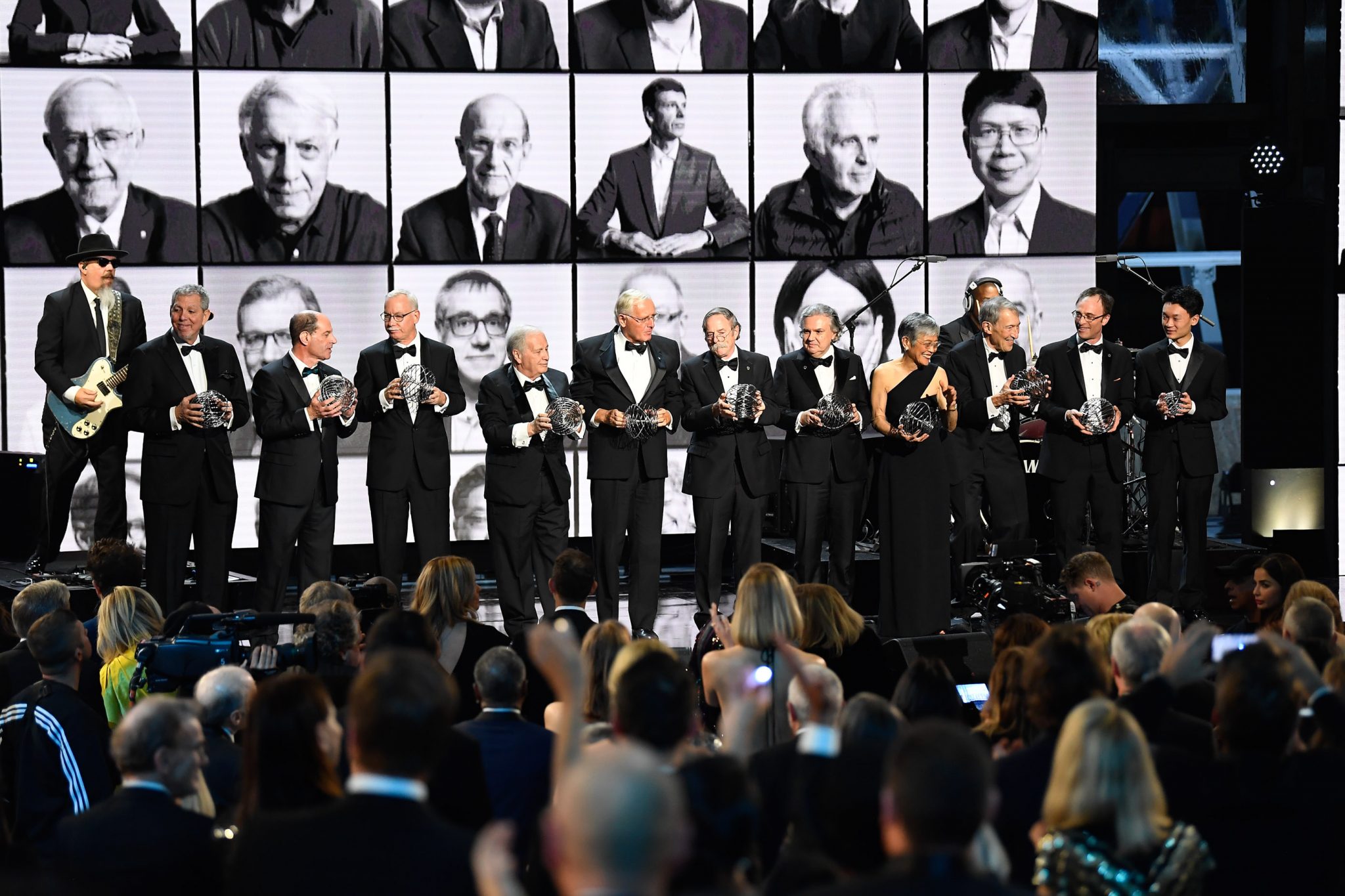 There are two main types of prizes. Scientific awards, which include both historic medal awards and the more recent Nobel Prizes, for example, are a retrospective recognition for outstanding contributions to science rather than an incentive to embark on one specific line of inquiry. To award them, every year, a number of judges examine the achievements of the nominees and pick winners.

Grand prizes, in contrast, offer rewards to the first participant who achieves a particular feat that is of interest to the prize organizer. For example, in the 1990s, the Ansari X Prize offered US$10 million for the first private manned spacecraft that went to space twice within two weeks. Participants had to meet these specific criteria to be able to claim the prize, which ultimately sought to promote space tourism. Generally, this type of prize names a single winner who takes home all the prize money. But sometimes there are smaller second and third prizes too.

Thanks to the Ansari X Prize and other popular competitions like the $30 million Google Lunar X Prize for Moon exploration and the $5 million DARPA Grand Challenges for the development of autonomous vehicles (all case studies that I investigated), companies, governments and nonprofit organizations began using prizes more actively and, with help from the internet, made them more popular and exciting.

When I started researching how competitions work as incentives back in the mid-2000s, there was little empirical evidence, even though prizes have been around for a very long time. Since then, research has helped untangle the way prizes work and their potential to encourage science and innovation.

Studies have found, for example, that the motivations to compete for prizes are as diverse as the people and teams that participate. Bigger cash prizes help attract media attention and more participants, but also draw innovators with the possibility of finding a new job, the chance to learn about science and technology, or simply the opportunity to participate in a project that could help change the world.

Prizes compete with other more prevalent incentives for the innovators’ attention and efforts in today’s globally connected and fast-paced world. Prestige, for example, is a very important motivation in science, and lucrative markets drive innovation within companies.

The evidence also shows that new grand prizes attract new investments and may also raise awareness of important problems and influence the direction of ongoing research. Engaging notable figures, leaders and partners, as the Earthshot Prize does, helps to promote the mission of the prize and attract even more interest. Participants who have no scientific or engineering experience might still contribute novel ideas and solutions in prizes that have fewer eligibility requirements and attract more diverse contributors.

Note that since prizes pay only for results – the winning solution – participants need to be resourceful and actively seek support from friends, family and investors.

So, well-designed prizes can stimulate more creativity and innovation, but whether they achieve certain goals ultimately depends on who participates and the broader economic conditions when prize competitions are held. The Google Lunar X Prize, for example, was a fairly open competition and attracted diverse participants, including some who probably didn’t have the skills and experience to complete a lunar mission. The financial crisis of 2008 and its aftermath made fundraising even more difficult for them. 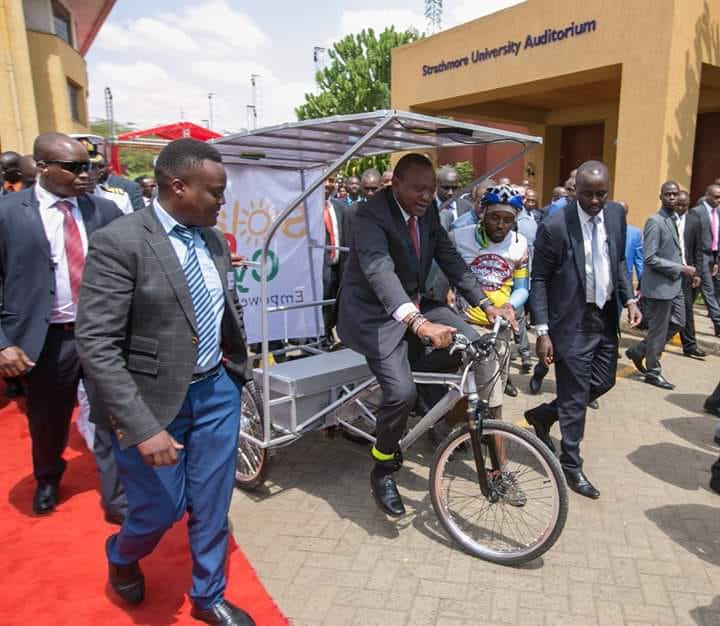 E4C Research Fellow Ignatius Waikwa and his team of three other engineers won €100,000 at the Valeo Innovation Challenge in Paris in 2018. The team presented their prototype of a solar-powered tricycle for rural transportation and took the top prize.

There are at least two important questions that researchers could investigate next so that companies, governments and other prize organizations have more insights into the potential of prizes to accomplish their goals and foster creativity and innovation.

First, how can one systematically measure the impact of prizes? The very nature of prizes makes them difficult to evaluate. For example, volunteers, part-time participants and indirect investments are sometimes not accounted for, which gives an incomplete picture of their true impact.

Second, what are the best cases in which to use prizes? Conflicting views in favor of and against grand prizes for COVID-19 solutions provide just one example of how little is known about when it is the right opportunity to use this type of incentive. Grand prizes have helped develop space technologies, for instance, but other areas such as COVID-19 solutions, cancer research or climate change mitigation might require other types of prizes or entirely different incentives.

Today, prizes are just a small part of the diverse motivations of scientists, inventors and entrepreneurs to come up with new ideas and technologies. Figuring out more about how prizes fit within this ecosystem will unlock their full potential and make them more effective incentives for science and innovation.

Luciano Kay is a research associate at the Institute for Social, Behavioral and Economic Research, University of California Santa Barbara. This article is republished from The Conversation under a Creative Commons license. Read the original article.

Articles about the future of food and farming have proliferated online for years, including on this site, and they may be even more accurate than suspected. Critics can dismiss predictions about large-scale urban farming or the integration of digital technology with an historically low-tech industry. And concerns about the high costs of those enterprises are founded. But a new report presents the case that high-tech farming is not just a technotopian...