Catapult Design has added 3D printing to its suite of tools as the firm works with clients around the world to create technology that meets basic needs in underserved communities. Photos courtesy of Catapult Design

High expectations have been heaped on the role of 3D printers, but their place in global development can still seem limited. They have seen mixed results in the manufacture of prosthetic limbs, and they are doing really interesting, albeit peripheral, work in aid delivery to disaster areas. One group even offers a guide to printing corn shellers. These applications suggest an important future for the technology in underserved communities. But for designers and engineers wondering how to use these machines to enhance their work now, Catapult Design has some ideas. Noel Wilson, Catapult’s Creative Director, share examples of their work.

Catapult Design is a non-profit firm based in Denver, Colorado (USA) that works with socially driven clients around the world. In our work 3D printers are a powerful prototyping & communication tool. We don’t see it as a scalable manufacturing method, yet. Alongside generative software, it will definitely help us all manufacture products that are smarter, stronger, lighter, healthier in the long run. But for now Catapult Design focuses on using 3D printing to support concepts on their path to manufacturing, or to communicate design intent. We are excited about associated additive manufacturing potentials, present and future, but we have yet to see it compete in terms of scalability or manufacturing efficiency with other processes. 3D printing can produce some forms that no other process can, and out of a broad range of exciting materials.

3D printing it is not solving big problems all by itself. But it is definitely helping us to achieve greater levels of detail, speed, and depth in our work. 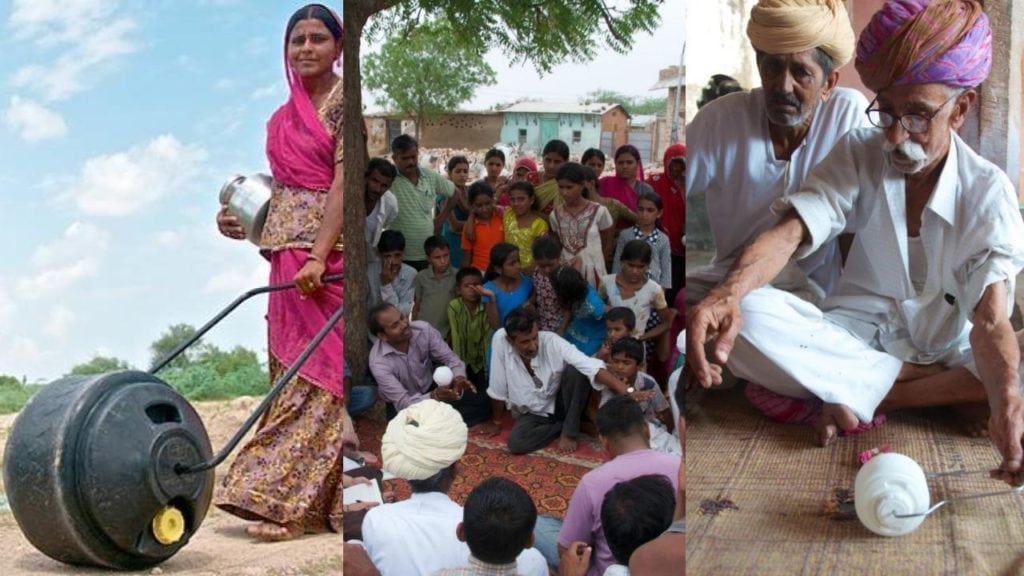 Catapult Design worked with Wello water to help them redesign their rolling water barrel for the Indian market. Their intention was to ease drudgery in water transport and improve water management in the home. After months of research in Rajasthan, we started to develop concepts with our partners and target customers. After a few rounds of rough prototyping with existing barrels and containers, we were able to create refined miniature models of our design concepts. The models encouraged deeper discussion with community focus groups, which led to further refinement of the design. Wello is now manufacturing the redesigned product and there are at least 10,000 Wello Waterwheels in circulation, with 50,000 more expected in the next two years. 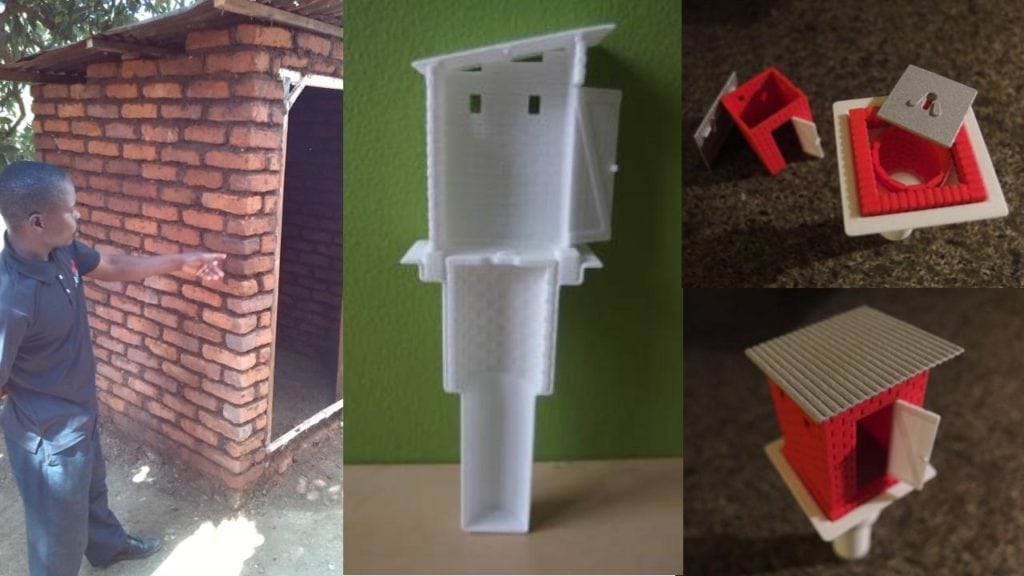 We worked with Abt Associates to help them train latrine construction workers in Malawi. They were teaching the workers to use techniques that require less concrete. Abt needed a training tool as a visual aid for the workers. We created this cross-section model and loose assembly model to allow Abt to experiment with training methods and to see if both or either model were effective in communicating the construction techniques. 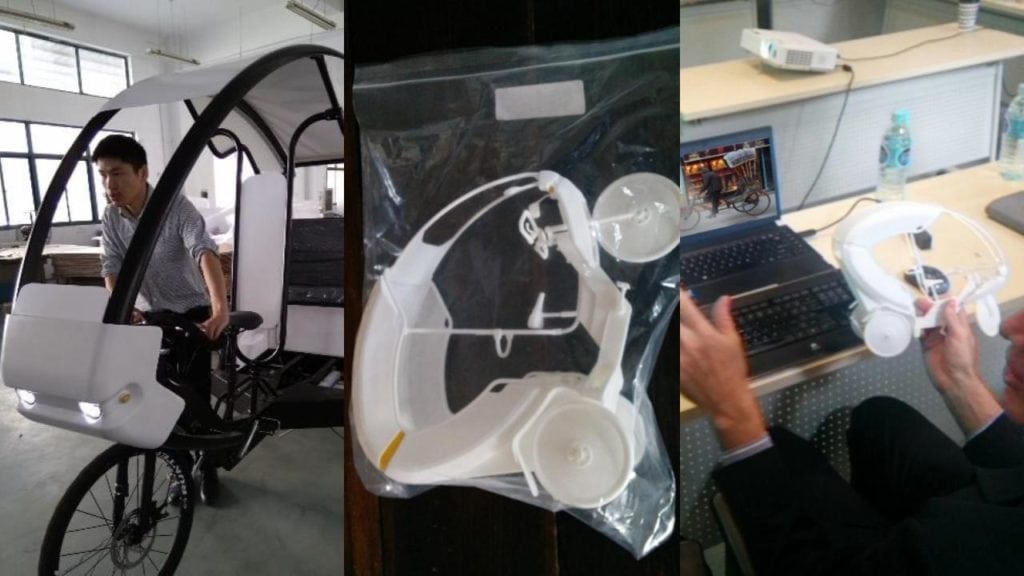 Catapult Design worked with the Asian Development Bank (ADB) to create a modern pedicab for South Asian cities. Their goal is to provide a sustainable transport option that governments might be willing to procure. The new designs could bolster a complex rickshaw industry in Southeast Asia where rickshaw bans and restrictions are threatening people’s livelihoods. We had several design reviews and brainstorms with industry experts, clients, manufacturers and designers, and used printed models of the pedicab design to work through details and make decisions. We are now assembling 60 of these pedicabs in Nepal, in both Kathmandu and Lumbini, to run a pilot with local rickshaw drivers. 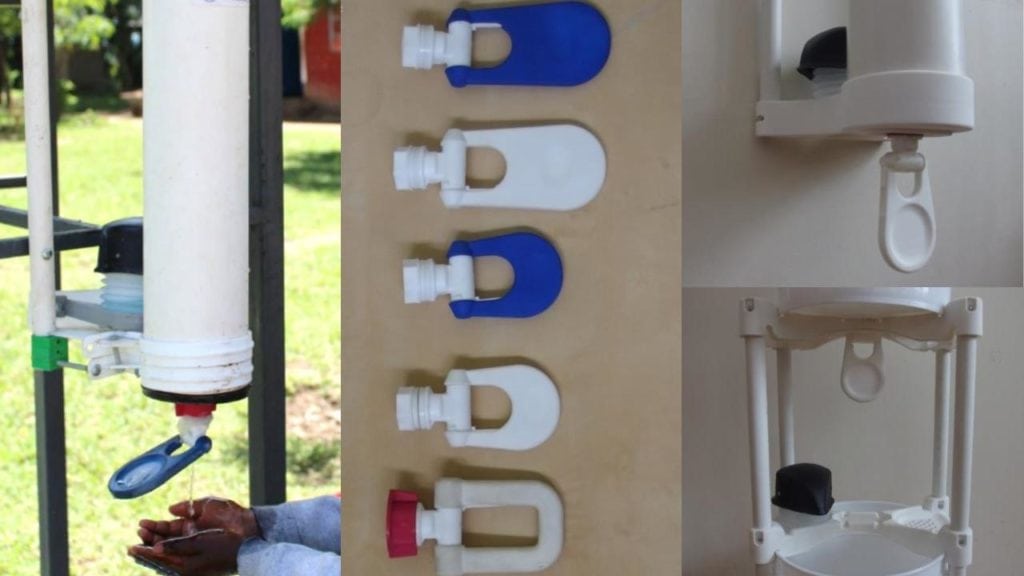 We worked with Innovations in Poverty Action (IPA) to help them design hand-washing hardware for Kenyan households, clinics, and primary schools that are off of the plumbing grid. IPA was researching the impact hand-washing behavior change could have on disease rates in children. After a lot of rough prototyping, we honed in on a tap design and then were able to explore variations of it until we reached a design that fit everyone’s needs. IPA also needed to conduct a pilot of several hundred units to test the designs, but didn’t have the money to commit to tooling. We were able to 3D print 200 taps that snapped onto the body of existing polypropylene beer brewing taps. The result was functional taps for the pilot.

Prototyping a soap foamer and a mold for manufacturing its parts 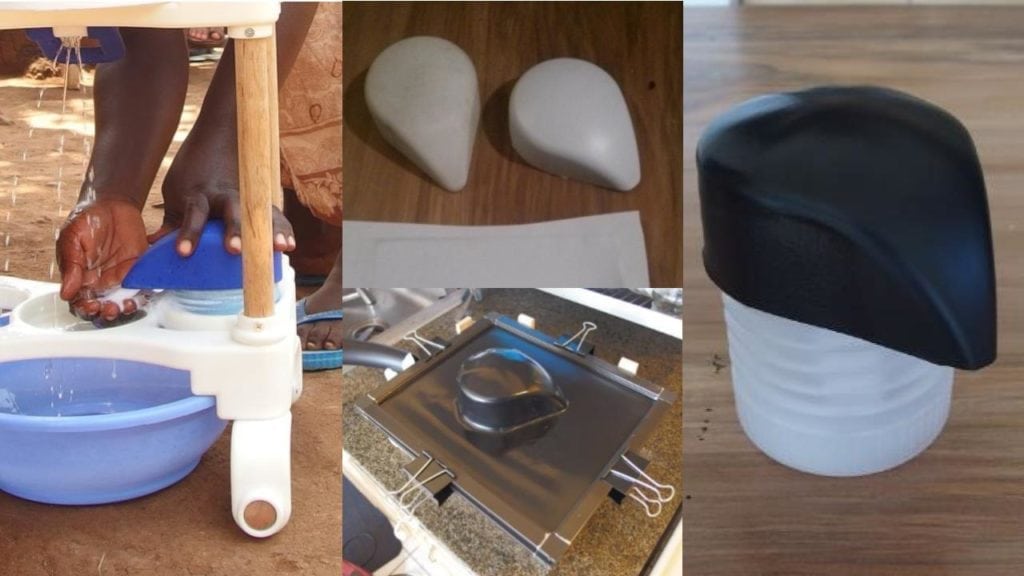 Apart from a tap, we also developed a soap foamer for IPA. Again, we needed to help IPA get to their pilot stage without committing to tooling. Once we had prototyped and tested the concept, we found existing working components that we could repurpose (in this case a simple bug dusting device). We still needed to create custom covers to channel the foam onto the users’ hands. So we 3D printed the first few, creating tough prototypes for initial testing. But then when it came to creating 200 or more for the pilot, the cost of printing these covers was too high. Our solution was to vacuum form them. To do this, we 3D printed the mold, filled it with plaster, and then formed more than 200 covers over it. IPA have since completed their pilot and we are now applying for further project funding to make design revisions, conduct further testing, and then take it to manufacture with a fabrication partner. This time we hope to have a tooling budget.

Learning how to economize a cart design through a printed model 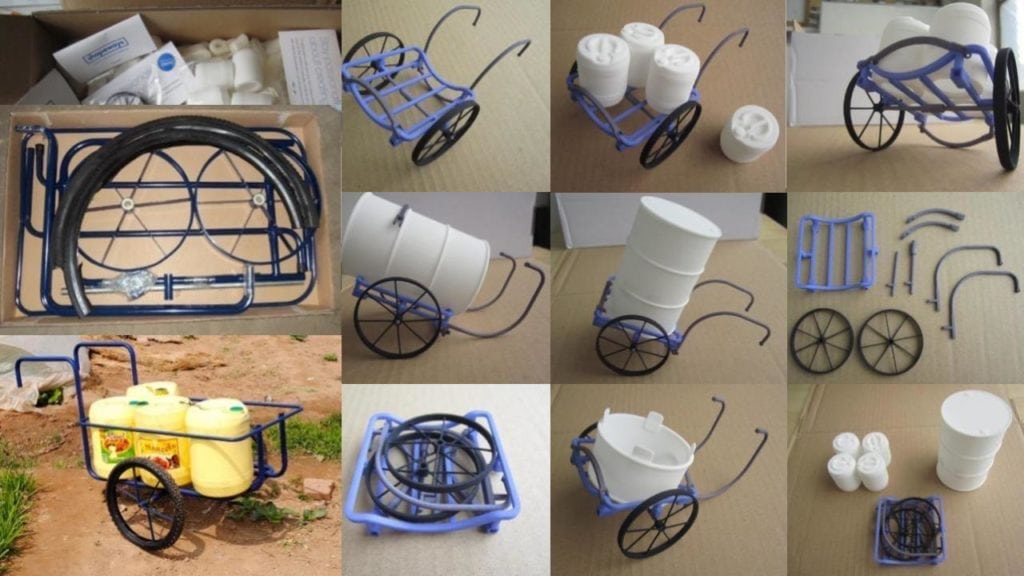 We helped Anza to design a flat-packed handcart to transport water and other goods in Northern Tanzania. It was important for us to understand the flat-packing, the assembly, and the modularity of the carts, so we 3D printed a model. The model allowed us to play with the design concept to get the size of the package down to its minimum, and the design of the cart to its most useful, and modular state. The 3D print also helped in communicating the design to the client and fabrication partners. Anza produced around 1000 of these carts in China and tested them in the Mount Kilimanjaro area. 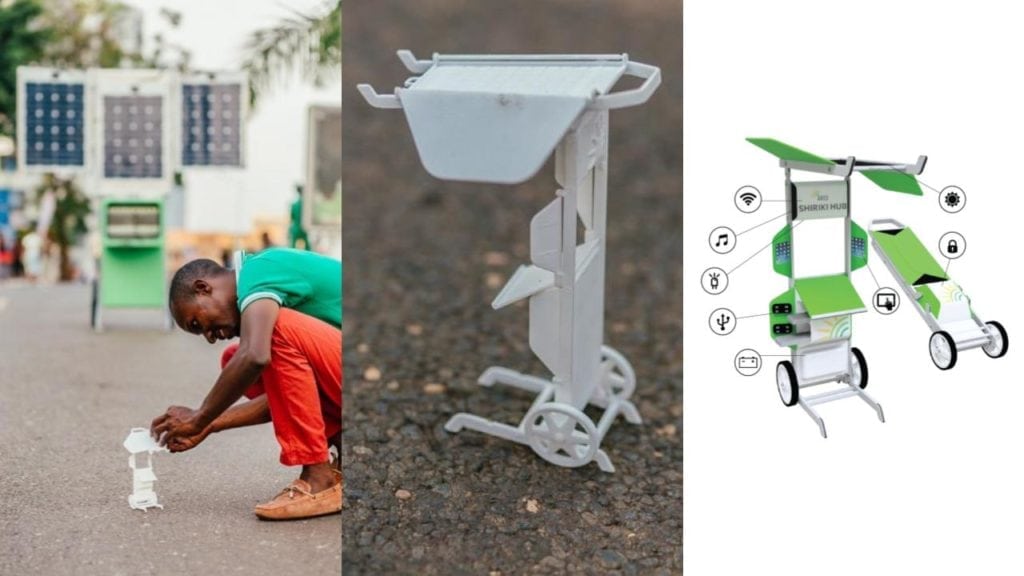 Catapult Design helped African Renewable Energy Distribution (ARED) to redesign their phone charging kiosk for Rwandan communities and refugee camps. ARED’s goal was to provide access to energy, information and entertainment through the combination of a mobile battery, server, Wi-Fi, and speakers. They wanted the kiosks to be super durable, minimal and modern. It was our job to visit Rwanda, conduct research with the existing cart vendors, prototype concepts with ARED, and then refine the concept to hand over to a German engineering and manufacturing partner called Tech Solute. We used a combination of scaled 3D-printed prototypes and annotated 3D models (IGES/STEP and Sketch Fab platform) to communicate the design to the engineering partners, who then translated it into a fully functional prototype. ARED is currently testing several prototypes in Rwanda, and will refine the design further at the end of the year to scale production into the hundreds.

All of the models shown here use selective laser sintering (SLS) 3D printing, but we also use Stereolithography (SLA) and fuel deposition modeling (FDM) at times for lower-fidelity prototyping.

We also sometimes use 3D printing purely to expose people to modern additive fabrication possibilities and techniques. We have 3D printed trophies, schwag and toys to showcase 3D printing capabilities and advocate exploration with these exciting processes.

We continue to use 3D printing in a multitude of ways, and look forward to advancing our methods in parallel to the capabilities of the technology. 3D-printed metals, printing multiple materials at once (including circuitry), and printing lattices that can grow biomaterials are just three areas with which we are excited to experiment in the future.

An experienced soil analyst can discover clues about the dirt with little more than water, a jar and a knife. Soil varies from site to site, and those variations can affect the quality of compressed earth blocks used for construction. Too much clay makes blocks shrink when they dry, and too little makes blocks that crumble. With traditional tools, discovering a soil’s composition can be both an art and a...

White Paper: The Future of Manufacturing and How to Train for it

The manufacturing industry is on the precipice of a radical transformation in the tools used in the trade. As the sector adopts “Industry 4.0”...