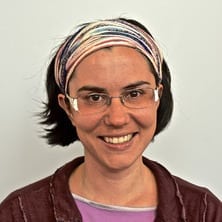 How Cities Are Managing Their Transportation Growing Pains

Rapidly growing cities in developing regions are experiencing new problems in transportation, as pointed out in the opening lines to the new book The Urban Transport Crisis in Emerging Economies. While the problems advance they also present opportunities for a more sustainable future. This webinar will explore case studies and introduce urban issues, policies, and initiatives that are taking place in frontier markets.

Watch this webinar to: 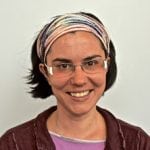 Dr Dorina Pojani joined UQ’s planning program as Lecturer in 2015. She received tenure (confirmation) and was promoted to Senior Lecturer in 2017. Originally from Albania, she lived, worked and/or studied in Belgium, Italy, The Netherlands, and the USA, prior to moving to Australia. In 2016-17, she was a visiting Lecturer at the University of Vienna, Austria. Her research interests encompass urban transport, urban design, and housing. She has published books and numerous articles on urban planning. Her latest book is The Urban Transport Crisis in Emerging Economies(Springer, 2017).

Read All
From Fellowship to Leadership: Women in Engineerin...
Impact Projects Information Session
How to Measure the Impact of Rural Infrastructure ...
Sustainable Infrastructure as a Driver to Achieve ...
Virtual Demo: The Toolbox on Solar Powered Irrigat...
Post-Construction Support For Rural Water Systems
Innovation in Microgrids
Technologies for Connecting the Unconnected

From Fellowship to Leadership: Women in Engineering for Sustainable Development

How Cities Are Managing Their Transportation Growing Pains