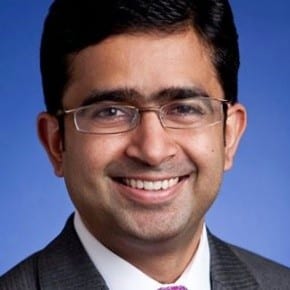 Husk Power Systems faced an existential crisis shortly after a meteoric rise to international fame. The company built minigrids powered by gasified rice husks that it shipped in from the farmlands in India where its customers lived. The crisis had three fronts. The energy company saw mounting competition from the Indian government’s rural electrification programs, customers came to demand more power than Husk’s plants were generating, and the once-high cost of solar power plumetted below the cost of power that Husk could produce in its gasifiers. The company’s upper management left one by one, and then a co-founder, Manoj Sinha, took the reins and deftly turned the company around.

Mr. Sinha negotiated a $20 million investment round headed by Shell Technology Ventures in 2018, then shuttered all of Husk’s plants that generated power strictly from gasifiers. Now Husk is building hybrid gasifier/solar plants that switch to gasifier energy when solar output does not meet demand. The arrangement is cheaper than storing power in batteries. The company provides a collective total of about 2MW of electricity to rural customers in India and Tanzania, with plans to expand to 30MW by 2022.

Mr. Sinha’s leadership and willingness to adapt hold lessons for startups and established companies under threat in the social enterprise sector. He joined Engineering for Change to present a webinar on his journey with Husk. He answered questions and shared lessons learned. You can view the Husk Power Systems in the E4C Solutions Library here.

Watch this E4C webinar to learn:

-Lessons learned in creating a technology-for-good organization, building it from the ground up.

-The economic growth and technological advances that electricity can bring to rural communities.

Manoj Sinha is the Co-Founder and CEO of Husk Power Systems. He has strong leadership skills with a proven track record of turning around a business, risk management, change management and ability to bring a diverse team in multiple countries together to achieve a common vision. Mr. Sinha has extensive experience in developing strategy and execution across multiple industries including renewable energy, energy policies for national electrification and financial services industry. His work history includes over a decade of experience in negotiating and deal making – raised equity and debt capital from a spectrum of investors (VCs, large Corporates and Development Financial Institutions); formed partnerships from startups to Fortune 500 companies to government institutions. Additionally, he has been invited as a speaker and a panelist in multiple countries – USA, UK, France, The Netherlands, Portugal, India, Kenya and Tanzania. He has spoken on multiple topics including access to energy for rural people, energy policy, risk management of financial assets, and credit risk etc.