Can Community-Scale Solar Become the Model T of Clean Energy?

Every single solar project, big or small, gets assembled one at a time on a roof or in a field. But what if you could pre-manufacture solar projects in a factory, instead? Could you do to solar what Henry Ford did to cars and make solar even more affordable and available to virtually everyone? 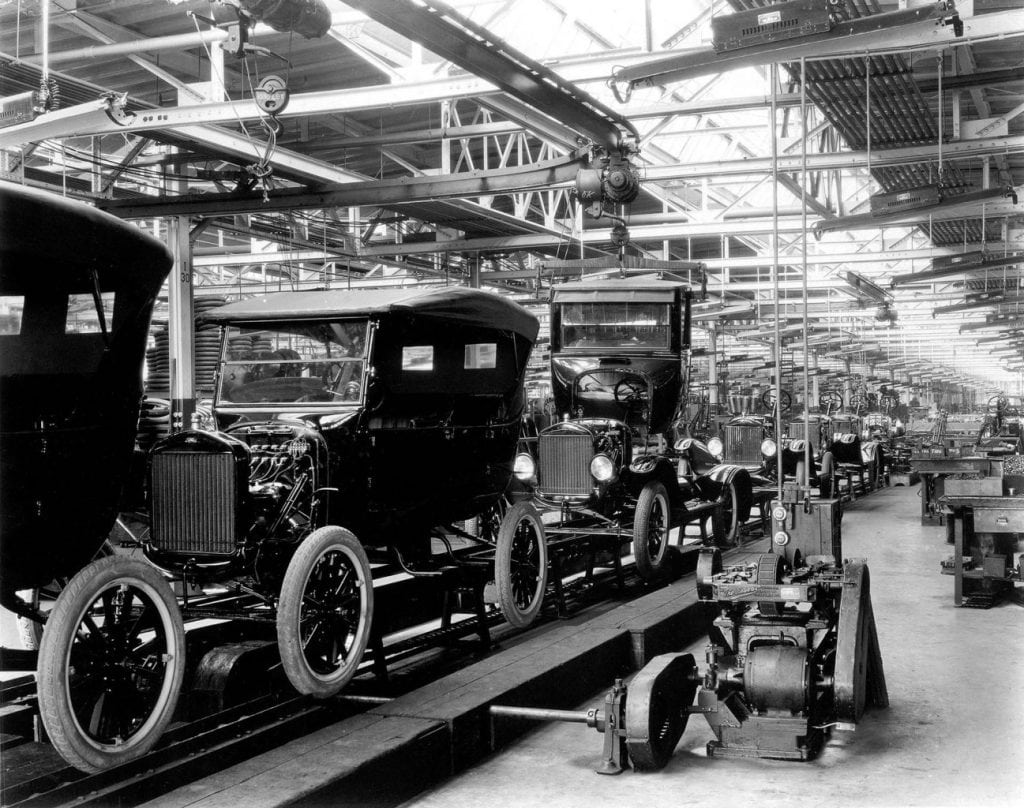 What is “community scale” and why does it matter?

The industry defines solar installations in three rough categories: utility, mid-scale and residential. The mid-scale tier is one of the newest and most exciting areas in solar. It goes by many names including “commercial scale” and what the energy think-tank Rocky Mountain Institute (RMI) calls “community scale.” While the actual numbers vary by location, home size and whoever is doing the calculations, the diagram below shows the broad difference between the categories. 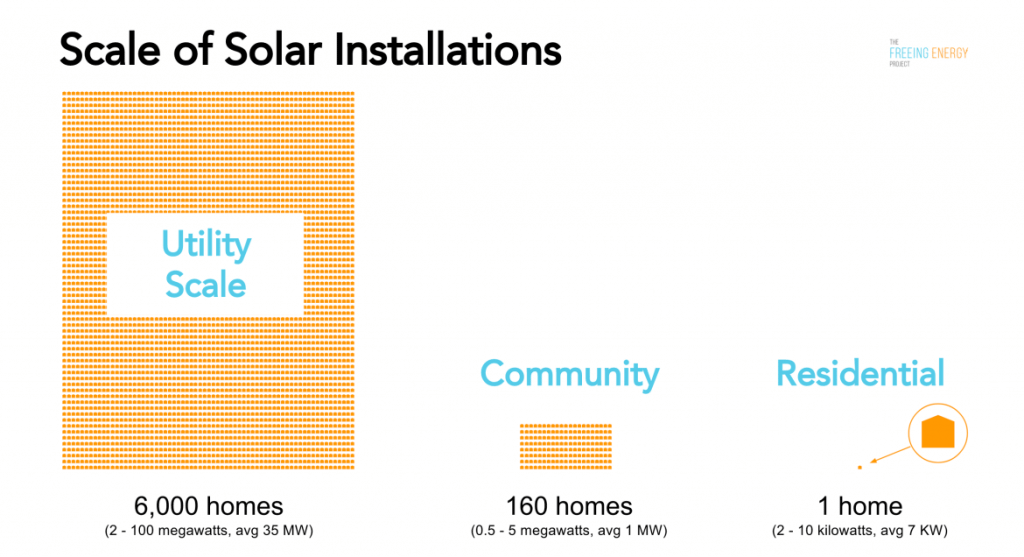 The third and most important benefit of community-scale solar is its potential to be repeatable, scalable and modular… to be assembled like Lego bricks.

Community-scale solar can be the Model T of clean energy

Henry Ford famously said that Model T car buyers could have any color they wanted as long as it was black. This approach of one size fits all is just as revolutionary in the solar industry today as it was back in 1908 when the Model T came to market.

How is it that common cars like Toyota’s Camry or Honda’s Accord cost $30,000 to $40,000 but hyper-cars like Lamborghinis can cost millions? Specialized parts account for some of the higher prices but a lot of the difference is mass production. Hand-assembling each hyper-car one at a time is incredibly expensive.

Modern solar installations have more in common with Lamborghinis than Camrys.

Most modern community-scale projects are treated like small versions of utility-scale projects. Each bidding process, supply chain, engineering design, site delivery and assembly are completely unique. But they don’t have to be.

This is not just a fanciful idea. Some of the smartest people in energy are starting to look at solar, and community solar in particular, in an entirely new way… and it might just revolutionize the industry. Check out my blog on a remarkable gathering that took place in November just outside New York City to explore this very opportunity: Can we make solar installations 3-times cheaper in the next 3-4 years?

Bill Nussey is Founder and CEO of The Freeing Energy Project. He is the former VP Strategy for IBM, a three-time CEO, a self-described recovering venture capitalist, a TED addict, a geek, and a closet scientist.

This article was first posted at The Freeing Energy Project.

One block north of the walled old city in the heart of Chiangmai in northern Thailand a glass-front shop displays flashing LED traffic lights, wind turbines and more than a dozen solar devices. Engineo and its team of engineers and technicians designs, assembles and sells products powered by renewable energy. The company’s solar panels, solar water pumps, wind turbines and biogas digesters power the region’s farms, roads and even a...