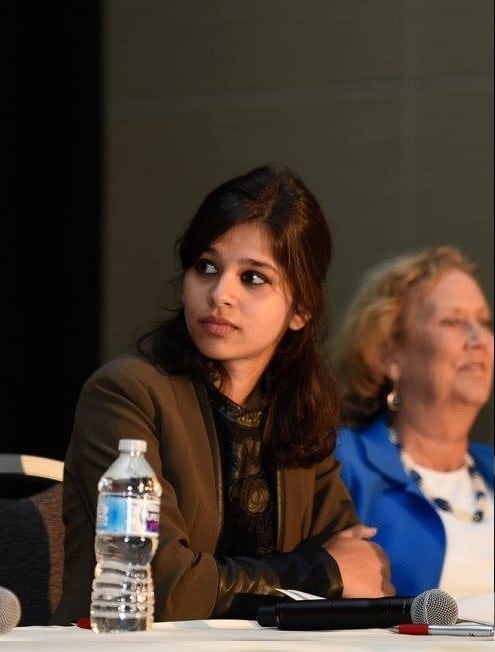 Ramla Qureshi has seen firsthand the deep bias against girls and women studying STEM subjects — science, technology, engineering and math — in Pakistan. She cites the low figure of 18 percent as the number of Pakistani women who work in a STEM field. In response, she founded Women Engineers in Pakistan. Through her organization, Ms. Qureshi visits schools and holds events to encourage women and girls to study engineering and participate in a field that has a broad gender gap.

E4C: The idea of more women working in STEM fields in Pakistan might meet resistance. In your view, why should they persist?

RQ: In my opinion, more women should get involved in STEM fields for the same reasons that men should. Today’s world is a rapidly evolving one, with science and technology at the heart of everyday culture. Disproportionate participation will only lead to social discrimination and fiscal imbalance.

In Pakistan, women have been taking the back seat for far too long. The country’s quotients for high-skilled labor are the lowest in the region. And it’s not because of lack of resources, and most certainly not because of lack of talent. Most women get the brunt of multi-faceted antipathy from circumstances including social, cultural, legislative or the lack thereof, and various other frictions that contribute towards their non-participation.

Women make up around 48.5 percent of the country’s population. But for every 10 male engineers and technologists in Pakistan, there exists less than half a woman colleague. My point is, that if Pakistan does not invest in its women now, the country would be set back for many more decades.

E4C: What has been your personal experience with the gender gap in STEM careers in Pakistan?

RQ: The first school I decided to visit for outreach in my city was an all-girls middle school. The girls were taught computer science by a male professor, who sat me down and told me that I am wasting my time, and that these girls would do nothing much for the country. It hit me like a ton of bricks when I saw how deep-seated bias exists against a girl’s intellectual abilities.

“It hit me like a ton of bricks when I saw how deep-seated bias exists against a girl’s intellectual abilities.”

My own personal STEM story has many instances of experiences towards male privilege; I once interviewed at an engineering firm that was devoid of female bathrooms. We were just a handful of girls in our undergrad class, and were often made to sit in the front of the class. At work, my female boss was met with lewd stares. She was one of the few female managers in the company, and was constantly met with institutional friction despite being a stellar structural engineer. Maybe these are all isolated events, but they all culminate into a dark experience that could make anyone want to drop out of such a toxic environment. Having fewer relateable peers and allies definitely makes it tenfold more difficult. Initiating Women Engineers Pakistan was my answer to countering and treating issues of female participation and female representation in STEM.

Now, as STEM outreach, WEP Campus Ambassadors go to many schools and talk to girls about dismissing fear for math and physics at secondary school level. We also provide career counselling for highschool students. We have have interacted with over 3000 young girls as of 2017. Via WEP, we also regularly conduct workshops, seminars and training sessions where we invite professional women in STEM to our student chapters in STEM focused universities. These include STEM software training, CV screening and mock interview workshops, and many other such events. Our most recent national advocacy conference was with Arizona State University and the USAID Pakistan for conducting a workshop on “Promoting Gender Equity within Engineering.” We also spoke with British Council on “STEMinists of Pakistan.” We also conducted conferences on themes: “STEM Forward: Engineering Bridges over the Gender Gap,” and “Advancing Women in Technology.”

“One lady mentioned how just having seen female representation at the science fair gave her courage, and boosted her morale about her own intellectual and academic abilities.”

Recently, at the Lahore Science Mela, the Women Engineers Pakistan booth received electric excitement from school-going girls and their parents. What personally struck me was when one lady mentioned how just having seen female representation at the science fair gave her courage, and boosted her morale about her own intellectual and academic abilities. Inspired by the upward spike in her confidence, Women Engineers Pakistan is now running a month-long campaign to highlight Pakistani women role models, in hopes to encourage future generations of engineers, technologists, and scientists. 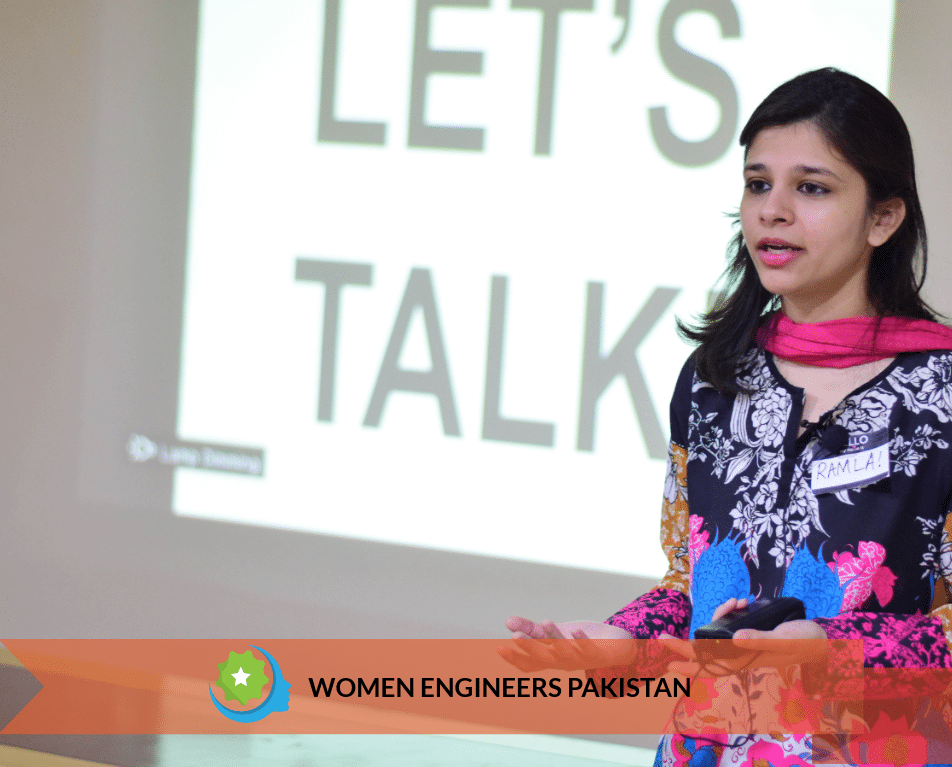 RQ: Building laws exist, but are not regulated. As is the case globally, Pakistan too faces immense corruption prevalent in the construction industry. Our engineers are smart, but somehow the disconnection between industry and academia has pushed local research back and few data sets exist for creating reliable safety factors. Also, there is a general lack of awareness regarding the many horrors of structural damage. I think this was brought to light by the catastrophic 2005 Kashmir earthquake, which forced the authorities to review construction codes, but these too are very rarely regulated.

E4C: Are there any easy first steps to take to make Pakistan’s infrastructure more resistant to disaster?

RQ: I do not know if I can categorize this as easy, but the first step is to of course, raise awareness among the general masses regarding such hazards. Unlawful construction is deadly to surrounding community as well, and most of the construction vulnerable to fire and seismic hazards is either too old or has not been properly authorized by an engineer. I remember one noteworthy professor at NED UET in Karachi; Dr. Sarosh Lodi had co-authored a book in Urdu explaining earthquakes and the construction practices required for resilience. I think that was a wonderful move to educate people not related to engineering about safer building practices.

E4C: Would you mention some examples demonstrating the need for improvement in disaster resistance?

RQ: There are quite a few cautionary cases worth mentioning. The official death toll for the 2005 earthquake was around 80,000 people. The 2011 Indus river floods affected approximately 20 million people in the country. The fire in a factory in Baldia town in Karachi killed around 300 people. All of these are tales of catastrophes that could’ve been made less fatal had their been investment in disaster resistance. I understand that just saying this is easy, but changing the culture around disaster resistance and risk management is a very daunting task. The current conversation globally revolves around resilience, and Pakistan needs to step up on policy levels to accomplish the stupendous feat of better, safer infrastructure.

From Charity to Enterprise: Reel Gardening’s Transformation that Led to Sustainable Impact

Editor’s note: This report is based on comments from the panel discussion “Overcoming Barriers to Scale: Lessons from Successful Businesses and Organizations” at USAID’s Global Innovation Week in Washington, DC. Reel Gardening started out as a home gardening project, then took a circuitous route through its evolution into a business for social impact. The company’s story holds a lesson in the power of flexibility and creativity for young charities and social...

An emerging complementary measure to fight the coronavirus and flatten the new infection curve is the implementation of contact tracing technology. Mobile apps may...